A Number of Authoritative Industry Data Has Been Released, Motorcycle Industry Can be Expected in the Future 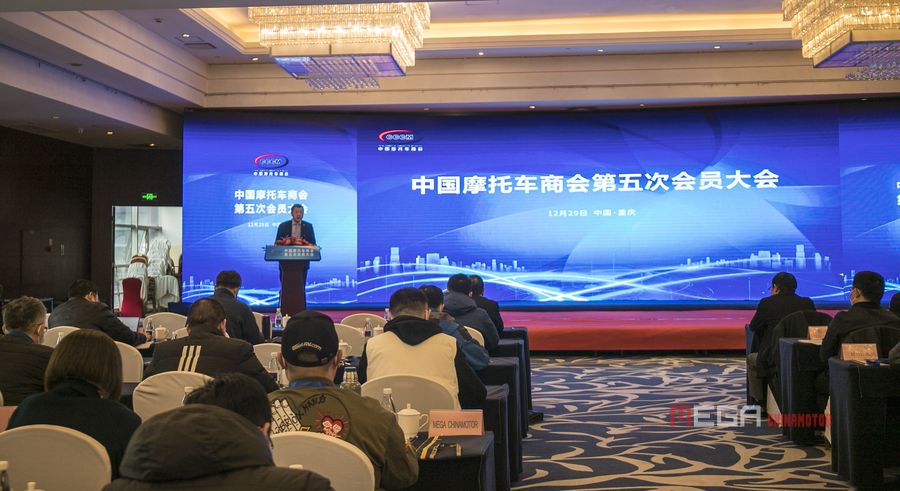 January 5, 2022
Posted by: chinamotor
No Comments

On December 29th, the fifth member representative conference of the CCCME has been held successfully in Chongqing. The President of the CCCME Zuo Zongshen, Executive Vice President Li Bin, Secretary General Zhang Hongbo, Supervisor Zhou Hongyan and 145 member companies, a total of more than 200 persons have attended this meeting. MEGA CHINAMOTOR, as a member of the council of the Chamber of Commerce, has participated in the whole meeting and brought authoritative interpretation based on the situation of China’s motorcycle industry.

Due to the prevention and control of the pandemic, the conference has adopted a combination of online and offline methods. Jiang Zhongquan, inspector of the Chongqing Municipal Commerce Commission, Liu Jian, Vice Minister of the All-China Federation of Industry and Commerce, Shi Yinghua, Director of Center for Macroeconomic Research and Researcher of Chinese Academy of Fiscal Sciences, Yu Xiang, Deputy Director of the Chongqing Business Management Department of the People’s Bank of China, Gu Fan, Director of the Chongqing Branch of China Credit Insurance and the other guests have been invited to attend the meeting and given important speeches.

A Number of Authoritative Industry Data Has Been Released, Motorcycle Industry Can be Expected in the Future 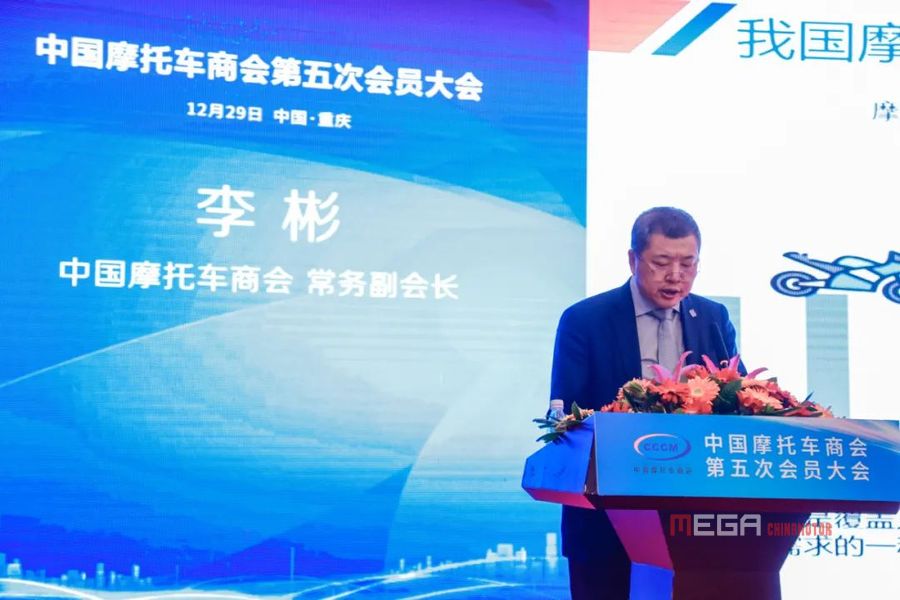 Executive Vice President Li Bin has made a report on Analysis of the Overall Situation of China’s Motorcycle Industry. First of all, the report pointed out that from January to November 2021, a total of 18.4445 million motorcycles were sold in the whole industry, with production and sales increased by 14.08 % year-on-year, 20.36% compared with 2019, with an average growth rate of 17.22% in two years. The epidemic has prompted people to explore new ways of travel. Motorcycles are economical, convenient, easy to park and other advantages, making people realize that motorcycle travel is a good choice. From the data of the Ministry of Public Security, it can also be seen that 4.26 million new motorcycles were registered in the first half of the year, an increase of 28.2% compared with the same period last year, compared with the first half of 2019, an increase of 1.818 million, an increase of 74.53%.

Secondly, President Li has also analyzed the seven new characteristics of the current motorcycle industry based on relevant data.