December 5, 2022
Posted by: chinamotor
No Comments

In October, domestic and foreign demand continued to reduce, and the production and sales of Chinese motorcycles were still in a downward trend. Affected by season, electric motorcycles have a more obvious quarter-on-quarter decline. Large-displacement leisure and entertainment motorcycles continued to maintain rapid growth. The market for large-displacement leisure and entertainment motorcycles still has great potential for development due to the younger generation of consumers. In short, the operation of Chinese motorcycle industry is basically stable, and compared with the early stage of the epidemic in 2019, it has declined slightly. However, the sales and production of the traditional small and medium-displacement fuel motorcycles has declined significantly in Chinese market in recent years. 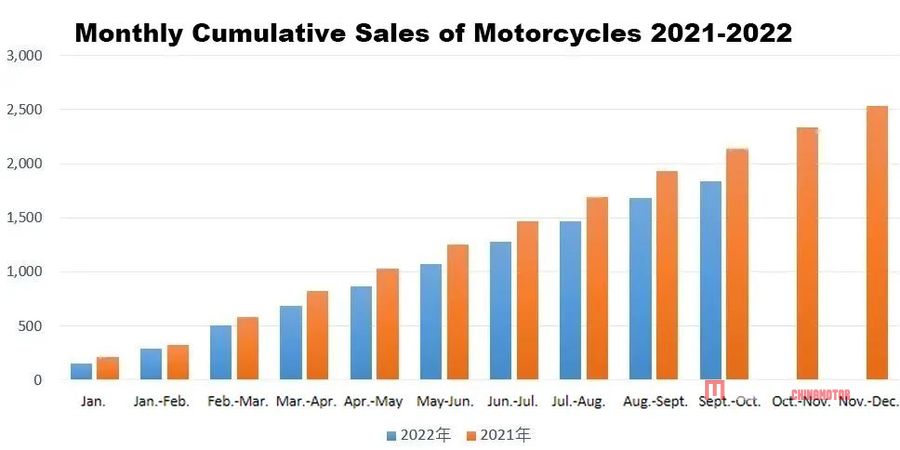 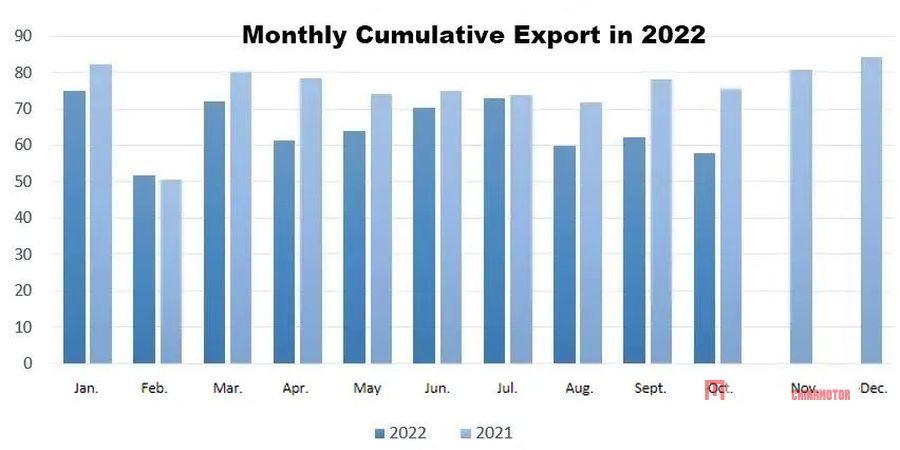 From January to October, the top ten enterprises in export volume were Loncin, Dachangjiang, Zongshen, Sundiro-Honda, Tayo, Lifan, Dechengwei, Dayun, Haojin, and Sanyang Motor, with a total export volumes of 4.0641 million units, accounting for 62.66% of the total motorcycle exports.