December 9, 2020
Posted by: chinamotor
No Comments

The KPV150 looks like the Honda XADV scooter, with distinct and tough body lines. The body is covered by different-color and texture parts to give a good visual effect. KPV150 can be provided with or without ABS. Functions such as automatic start and stop, mute start, and flameout-on-side support are available on both versions. The front windshield can be manually adjusted upward and downward. Full LCD meter contains the common data, as well as rev reading. KPV’s one-piece handlebar provides good handling. Just like the one on KPT, the handlebar’s rubber sleeve and button layout remain unchanged. LIFAN’s KP users will feel familiar and happy to see it.

The central fuel tank has a capacity of 11L, which is the largest among the same level scooters. The tank cover opens through the cable under the saddle. The rider needs to open the saddle before refueling, which may be a little troublesome, but is safer. Perhaps for the consideration that many KPV users will ride for long distance travel and on unsealed roads, the key is designed to be the stable and reliable mechanical type.

Front left and right containers are press-opened, convenient for daily use, but allowing for less privacy. The cigarette lighter and USB charging port are installed in the right container.

The front pedal is divided into two sections, leaving certain space for foot movement. Although the foot pad is made of non-slip texture, it is little slippery when it is wet. 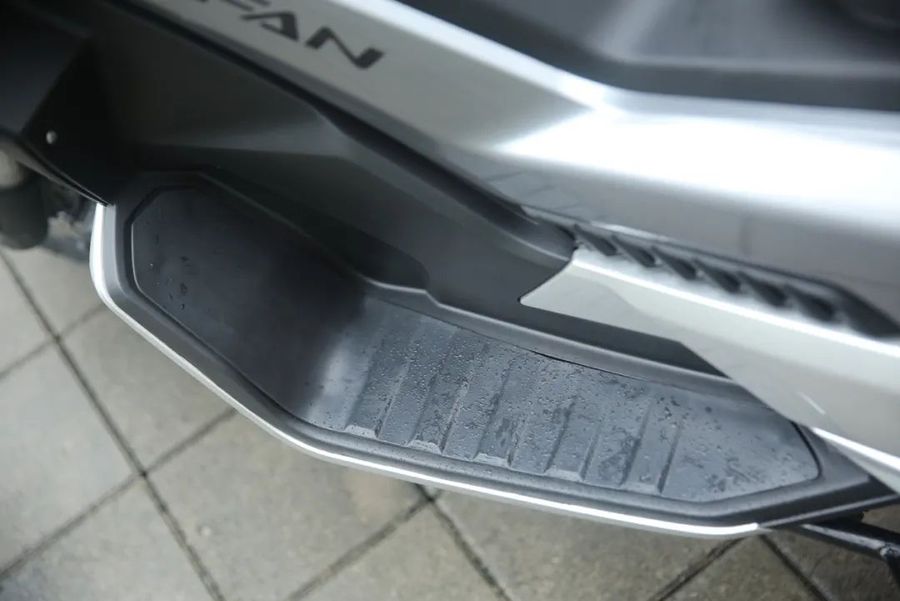 The saddle is opened with a key, the under-saddle space is relatively small because of the compact body, the seat height, and the shock absorber and battery taking up some space. 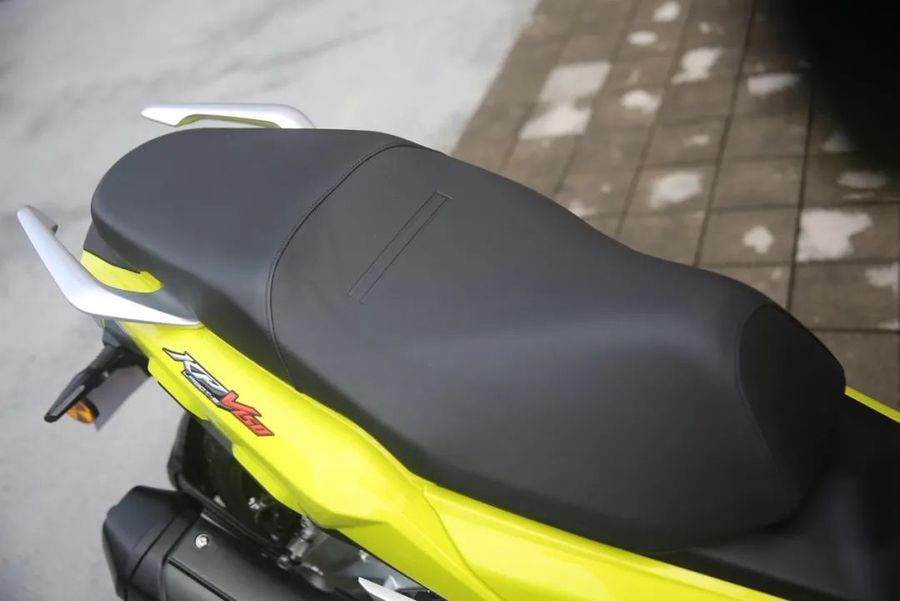 It adopts front inverted and rear adjustable single shocks. The front and rear 14-inch septarian-pattern tires match perfectly with the ADV style, ensuring both off-road capability and visual effect, but the tires’ road performance is relatively weak. It would be much better if road tires are optional. The exhaust pipe is as bold as a street bike, and the anti-scald plate is a considerate design. The side support is designed with flameout function. KPV150 is powered by the self-developed NBD water-cooled engine from LIFAN, with the actual displacement of 149.3cc, matching LIFAN’s LGC-FI EFI, with a maximum power of 10.2kW/8,500rpm and a maximum torque of 13N·m/5,000rpm. KPV’s seat height is 765mm and ground clearance is 135mm, which is its unique advantage as an “ADV scooter”.

With the release of KPV150, it has finally become the first domestic ADV scooter. From the static review, the tires, shock absorbers, and passability are all set for the positioning of a multifunctional scooter. Motorcyclists have high expectations for it, looking forward to its market performance. (Source: WeChat: newmotor)