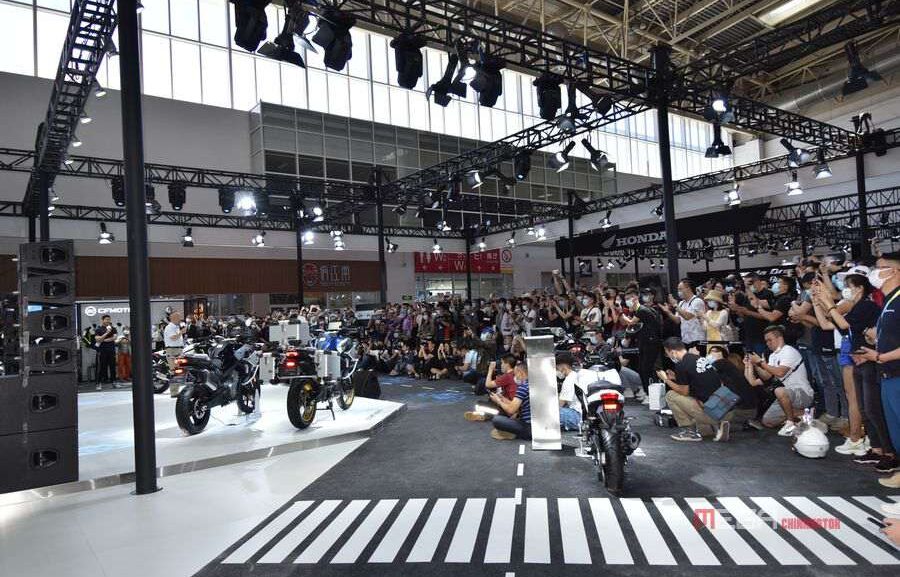 As a solid manufacturer of Guochao model, QJMOTO is the largest exhibitor in the exhibition. It displayed all its brand products in a booth of nearly 1500 square meters… 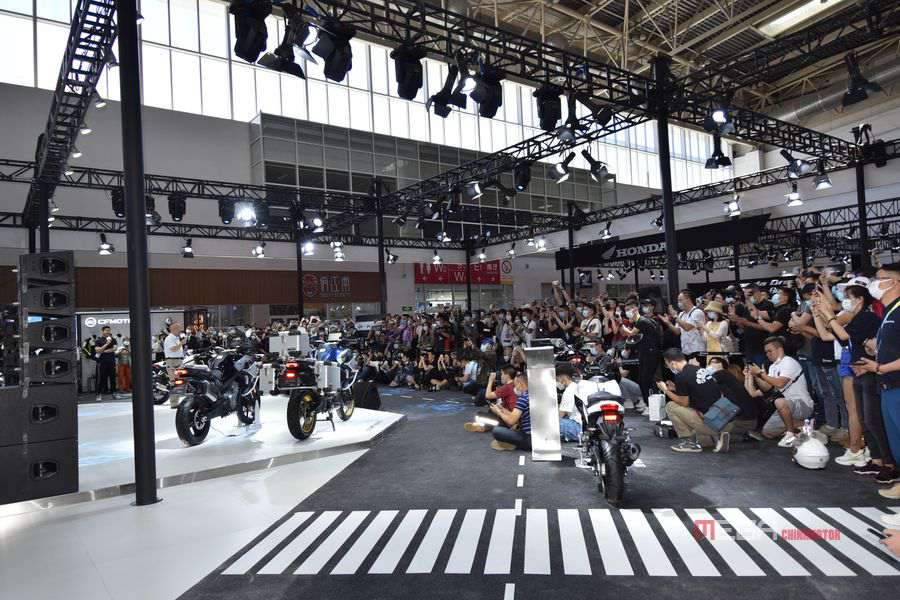 As a solid manufacturer of Guochao model, QJMOTO is the largest exhibitor in the exhibition. It displayed all its brand products in a booth of nearly 1500 square meters.

It continues the family design of the racing series, with a forward sloping head and a unique rear air duct. The engine is a 249cc DOCH single-cylinder liquid-cooled engine with maximum torque of 22.5N·m/7,250rpm and maximum power of 20.5kw /9,500rpm. Its equipment is standard with sliding clutch, KYB shock absorbers, ABS and TFT display. 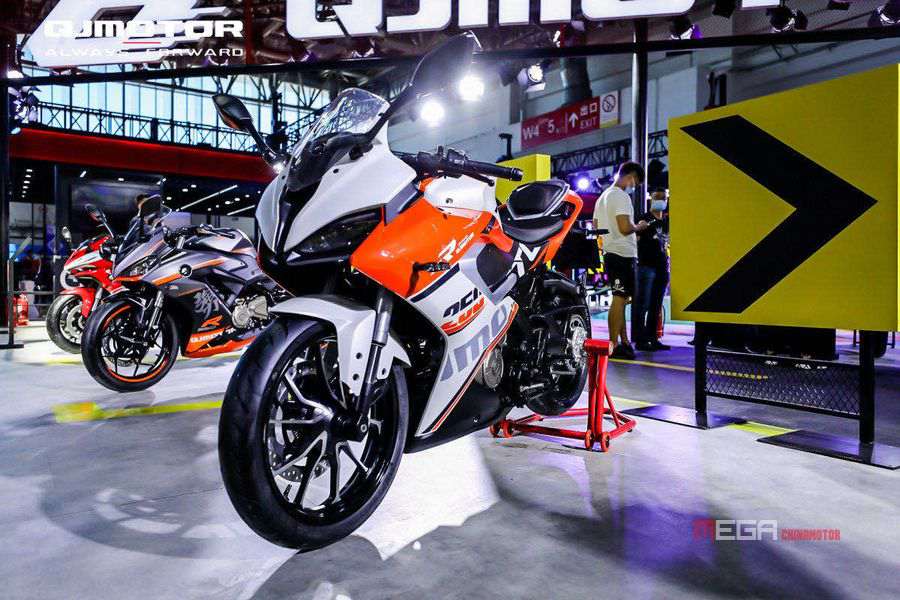 SRK700 also made its debut in this exhibition. It continues QJMOTOR’s family design as well, and is combined with some animation elements.

This version is powered by a newly developed 700cc twin-cylinder liquid-cooled engine, with a maximum power of 56kw/8,750rpm and a maximum torque of 68.2N·m/6,250rrpm. The vehicle is also specially designed for lightweight, with the curb weight of 192kg. SRK700 also uses a rear damping multi-link structure and a large lever ratio with a progressive suspension design, and the handling comfort is worth looking forward to.

There are two versions of SRK700, and the distinct difference between these two versions is the brake configuration and display materials. 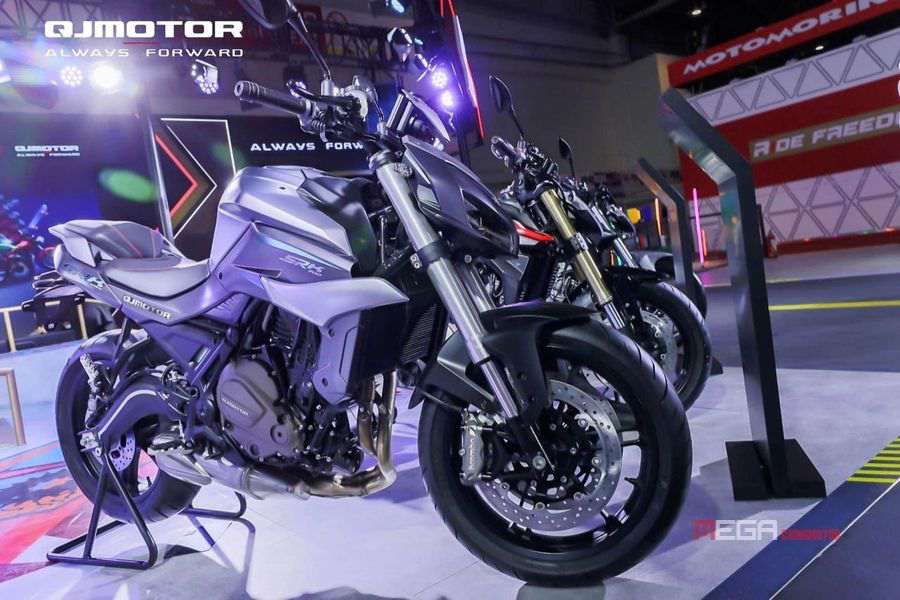 CFMOTO on the first day centrally released several great models such as 800MT, 250SR track version, 700CLX Sport and 1250TR-G which is the largest displacement model in China currently. CFMOTO exhibition stand became the most popular “clock in point” at the fair.

As a multi-functional touring bike positioned between heavy off-road and highway ADV, 800MT has international standard power level and electronic control configuration and comfortable man-machine experience. It is currently a domestic ADV model with the largest displacement.

There are two versions of CF 800MT for sale now, both of which are mechanical key versions. Due to worldwide chip supply issues, the keyless version is not currently available for pre-ordering. 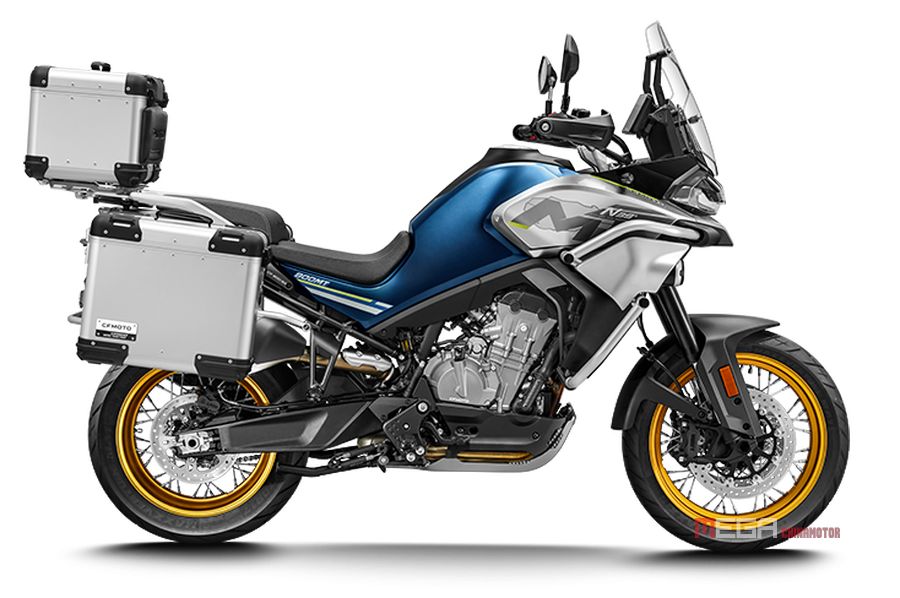 CFMOTO’s new flame orange 250SR track version is identical in power and configuration to the original track version. The designer uses the eye-catching flame orange  and draws inspiration from the animation characters to give the vehicle a strong visual impact, which greatly improves the recognition of the vehicle on the track and brings a stronger sense of competition. 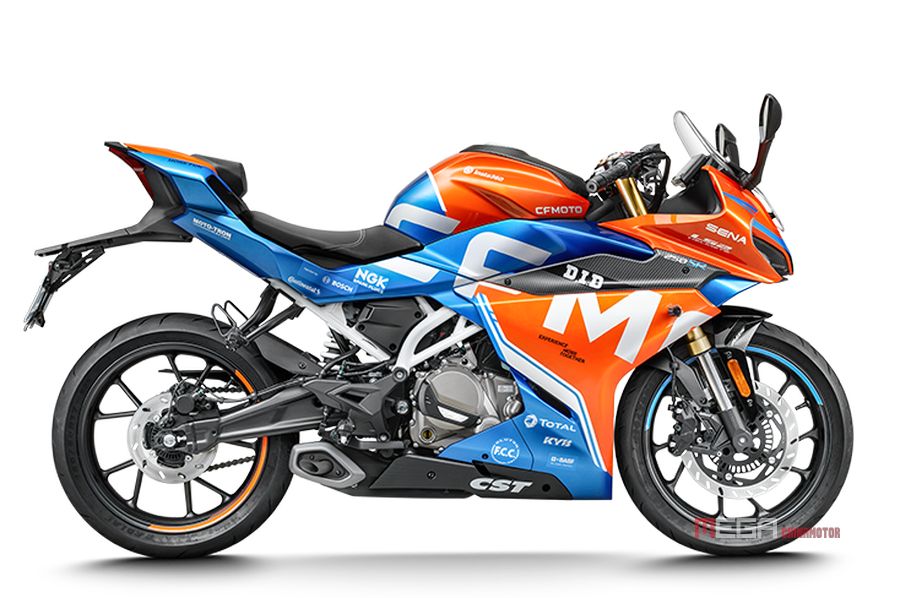 Following the concept version’s debut at the 2019 EICMA, the 700CL-X sport has finally made its domestic debut. Unlike the 700CL-X heritage, 700CL-X Sport has a more aggressive riding triangle, a two-color body with a fine texture, split handlebars and a split hump seat to convey the bike’s authentic cafe racer design. 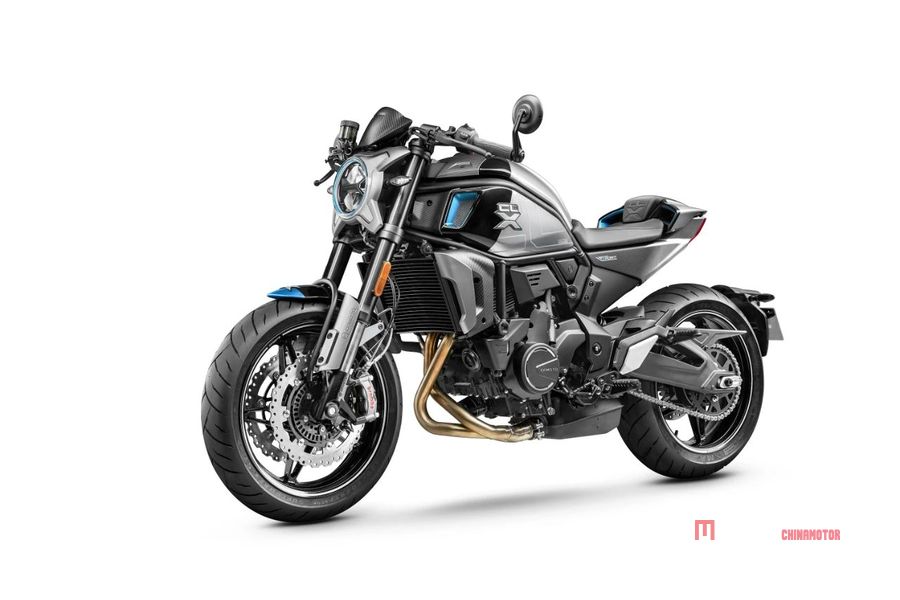 The touring bike 1250TR-G has the largest displacement among domestic vehicles. All the unknown is for a better encounter. 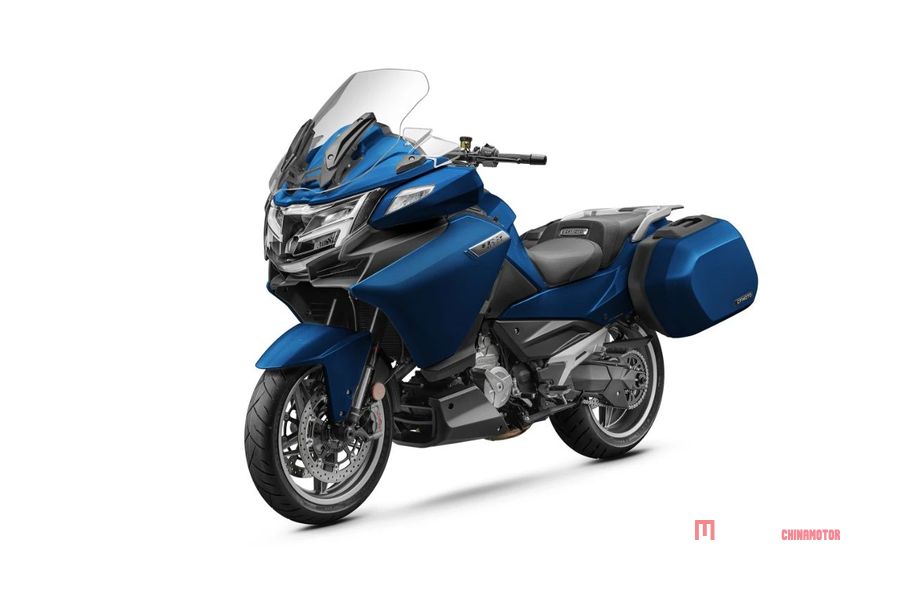 On the occasion of the 110th anniversary of BENELLI brand, BENELLI launched the first domestic liter-level cruiser — BENELLI 1200GT at Beijing International Motorcycle Exhibition. It is also the first domestic mass-produced three-cylinder model. 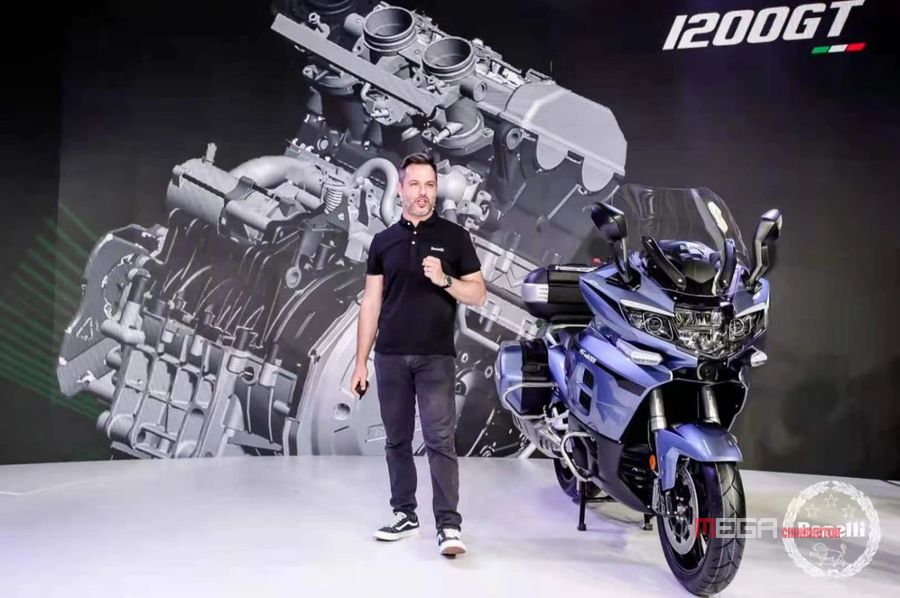 600GC is still the only China-made four-cylinder cruiser. The new engine has been upgraded to a maximum power of 60kw, and the addition of sliding clutch also makes the vehicle more controllable.

In view of the cruising characteristics of this version, BENELLI has optimized its riding triangle. The improved 600GC adopts aluminum alloy split handlebars. The riding posture is relatively upright, making the center move backwards, so it is more suitable for long-distance riding. 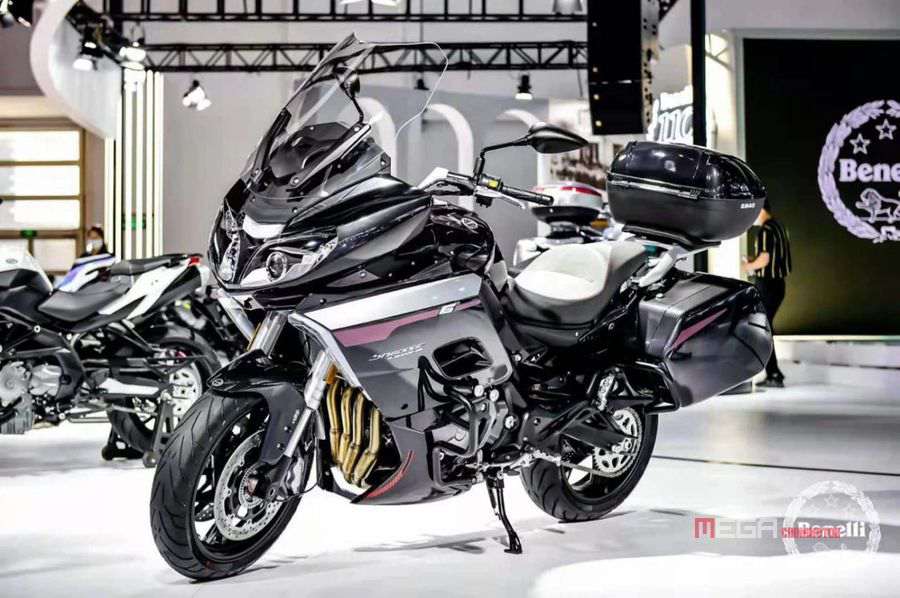