China – The news that MI is building cars has given rise to much discussion online, and many people questioned MI’s ability to build cars. MI’s products are mostly mobile phones and electrical appliances. Almost all of MI’s products are OEM products, and it has no experience in car making. Now MI officially enters the car making industry, can it make expected achievements?

In the face of questions from the public, MI announced that it is going to build a motorcycle first. MI announced a new motorcycle named APEXH2, which will be launched soon.

APEXH2 features a dynamic shape, with an exaggerating underside design and solid rims reinvigorating the perception for traditional motorcycles. It is positioned as a race motorcycle, with front and rear wheels using the mainstream hot-melt tires. It uses combination energy of hydrogen and electricity, with a hydrogen gas tank and a battery pack inside.

APEXH2 is very powerful, with a maximum speed reaching 150km/h, a maximum motor output of 60kW, and 0-100km/h acceleration time of less than 4s.

There may be concerns about the safety of the bike’s hydrogen, which is stored in a special capsule that can be inserted into a designated slot to provide quick power. After running out of hydrogen, you just need to replace it with a new capsule at a hydrogen refueling station. 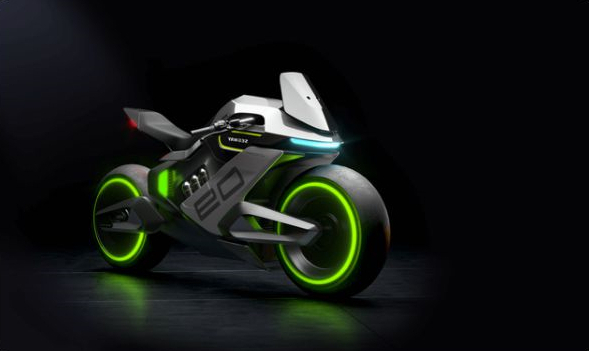