November 18, 2020
Posted by: chinamotor
No Comments

Two joint venture subsidiaries of QINGQI (Jinan Qingqi Motorcycle Co., Ltd.), Qingqi KR and Qingqi Peugeot sit side by side on Kehang Road, High-tech East Zone of Jinan, while Qingqi Suzuki is at their south. Therefore, within a perimeter of less than 4 kilometers, a number of web celebrity models are going global from Jinan. In recent years, large displacement motorcycle trend has intensified. Liu Xudong, chairman and general manager of QINGQI said that they would make full use of the accumulation of technology and high-end process over the past 60 years, as well as the introduction of high-tech motorcycle technology from Europe and Asia, to create high-quality large displacement motorcycle products and brands.

Following the establishment of the Qingqi Peugeot in 2006, Qingqi set up the Qingqi KR in 2016. Qingqi KR is a new type of joint venture. Qingqi and KRmotors input their brand, technology, product and market network resources into the joint venture to create a motorcycle company that has an annual capacity of 300,000 motorcycles and 400,000 engines, the motorcycles of which will appear in the brand name of QINGQI and HYOSUNG.

Qingqi off-road models are “web celebrities” in many foreign countries. Honduras was the first country in the Americas to resume orders after the COVID-19 outbreak. The GV300S is also ready to head for Europe. GV300S has been technically improved to meet Euro V emission standard, and more than 30% of the users are young girls.

Qingqi is not only an old brand of Jinan people, but also stands for the feelings of Shandong people. Qingqi has off-road, standard, retro and scooter models, while Hyosung mainly develops cruisers and touring models, with displacement generally above 250cc. Hyosung’s latest 650cc cruiser is really a cost-effective model.

Of the 100,000 units sold in 2019, about 70,000 were exported. In recent years, Qingqi has been focusing on export, accounting for more than 70% of the total sales. Now, according to the change of comparative advantages between domestic and foreign markets, the company plans to achieve the goal of 50% sales in both domestic and foreign markets within three year. With domestic demand for large displacement motorcycles growing at more than 30% a year, Qingqi is confident that it will take the lead in domestic sales of large-size motorcycles, according to Liu. 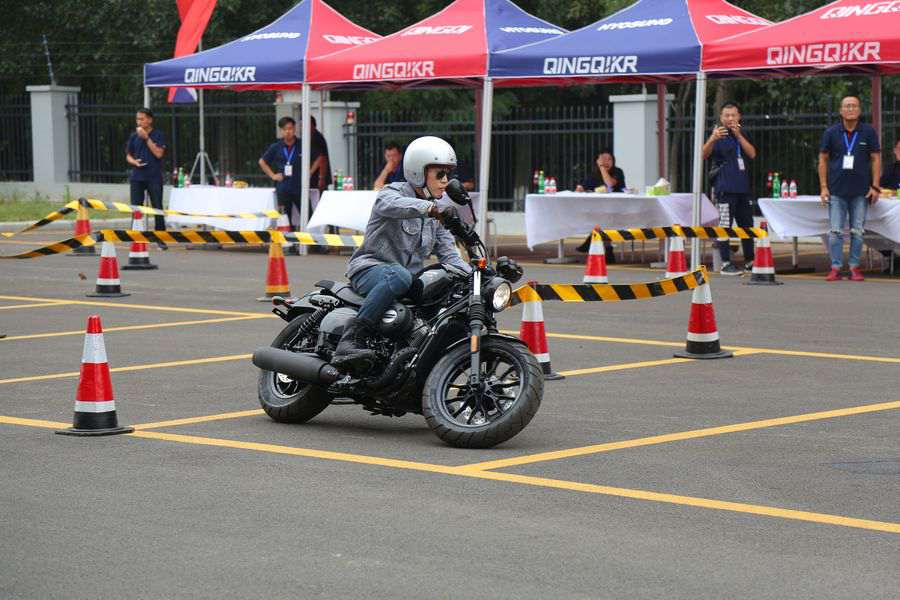 Since the 1980s, motorcycles have developed rapidly in China, but most of the time low-end products, because they are restricted by core technologies in engines and frames. As is known to all, motorcycle engines are high-speed engines with rev around 10,000rpm. Moreover, it has high technical requirements to achieve car-level smoothness with a small size. If the domestic brands do not own the core technologies, it will be difficult to achieve independent production with the same quality once the foreign investors take away their technology. 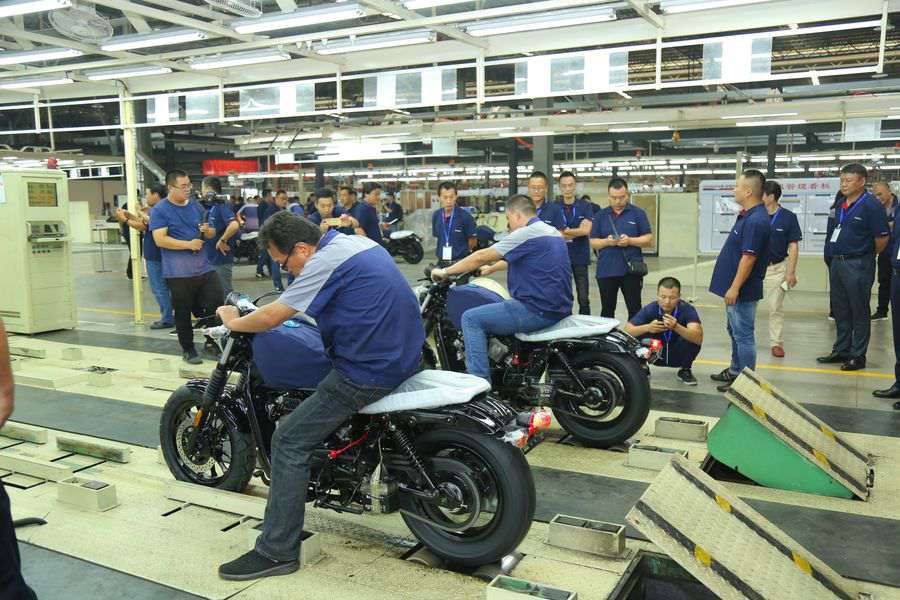 Zhang Hongbo, secretary-general of the China Chamber of Commerce for Motorcycle, said in an interview that after 69 years of development, China’s motorcycle industry has become one of the most market-oriented industries with a complete industrial chain. In Guangzhou, Chongqing, and Zhejiang, motorcycle has even become the local pillar industry, motorcycle output topped the world for 21 consecutive years, and motorcycle export led the world for 25 years. 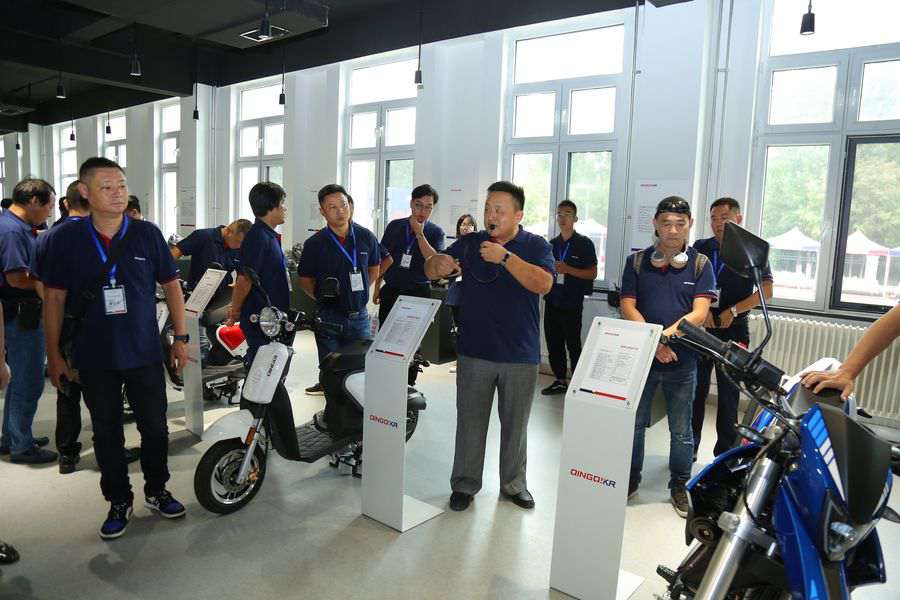 Today, motorcycle products made in China are exported to more than 200 countries and regions around the world, earning nearly $10 billion of foreign exchange every year. Motorcycles are also products of people’s livelihood. Once as a barometer of the country’s export, motorcycle is now one of the 25 key mechanical and electrical products that the Ministry of Commerce pays close attention to.

With the rapid rise of motorcycle leisure and entertainment culture, Liu Xudong believes that the open policies for motorcycles are a strong stimulant to the rapid development of the market and the technology investment of motorcycle enterprises, and it is also beneficial to relieve the pressure of urban road traffic. A study by a famous Spanish university found that: if 10% of the vehicles on the road are motorcycles, 40% of the traffic pressure will be reduced; if that figure reaches 25%, the roads will be clear, because the through-rate of motorcycles is 15 times that of cars.

Data released by the Ministry of Public Security showed that in the first half of 2020, the number of motorcycles increased by 885,000 units to 68.896 million, accounting for nearly 20 percent of the total number of motor vehicles. 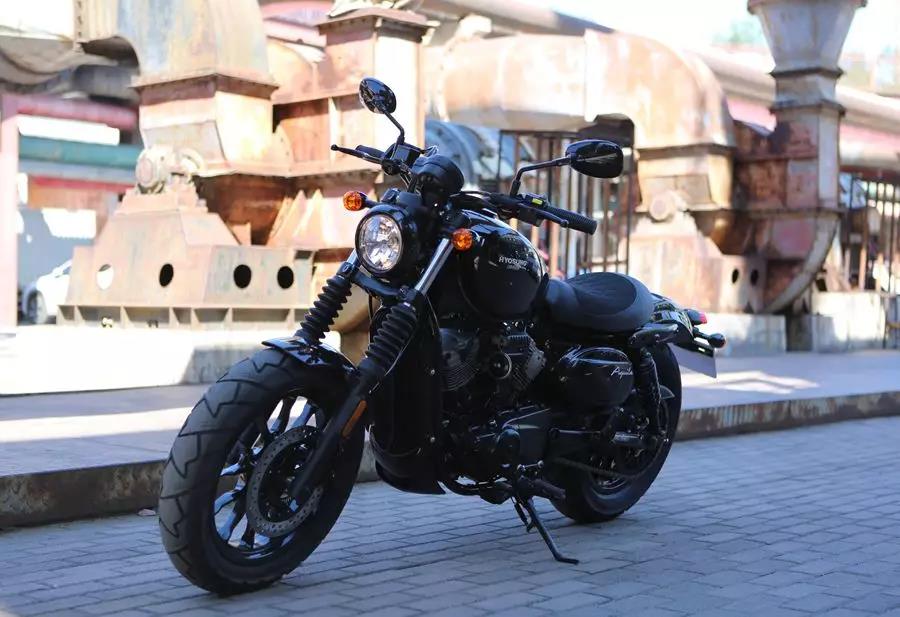 “With the opening of the market, companies will have funds to develop high-end technology and conduct automation renovation, changing motorcycles from simple imitation to elaborate manufacturing, expressed by Liu, “at the same time, the entire motorcycle industry will face new competition and elimination, so that China’s motorcycle industry will get rid of the long-term disordered competition, practice the national requirement of supply-side structural reform, and achieve brand strength improvement. (Source: WeChat: mtuocom)