November 5, 2020
Posted by: chinamotor
No Comments

After the acquisition of Benelli, Qianjiang launched the TNT600. In May this year, Qianjiang launched its new sub-brand, the QJMOTOR, and concurrently released the new product SRK600. What is the meaning behind this move of Qianjiang? How are Benelli and QJMOTOR positioned? What are the differences between TNT600 and SRK600? 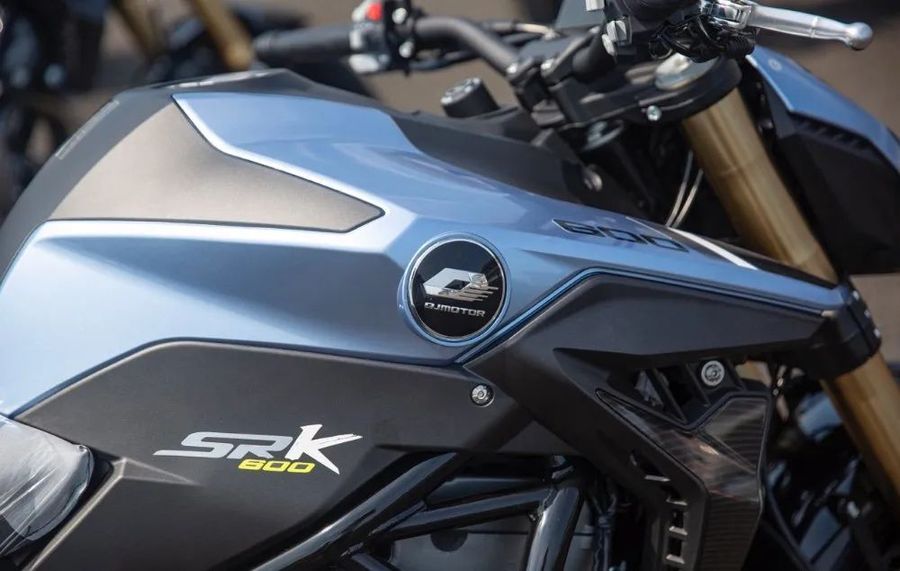 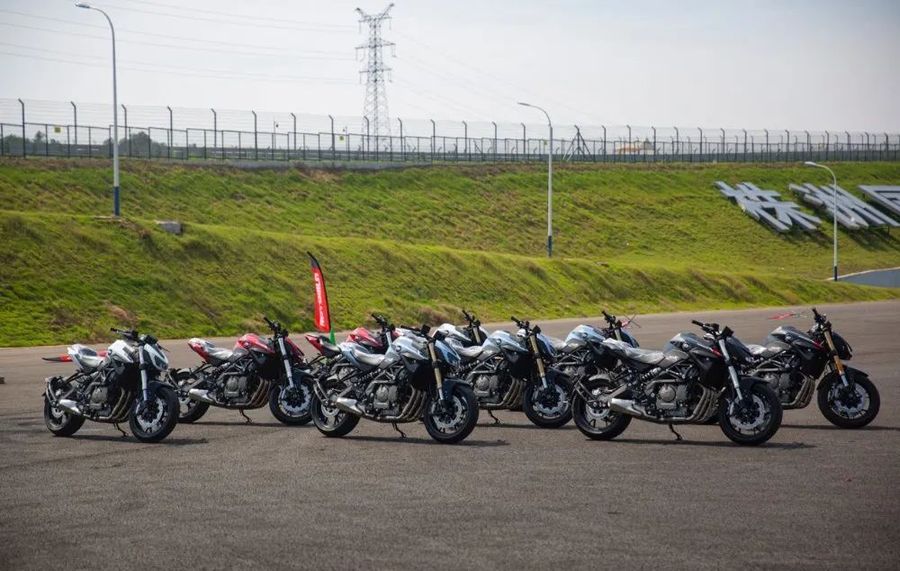 After the acquisition of Benelli, with more than 10 years of efforts, this century-old enterprise has been rejuvenated. While leading the domestic large-size motorcycle market, Benelli’s influence in the international market is growing day by day. Especially in recent years, several Benelli models sell far better than some international brands in Europe. 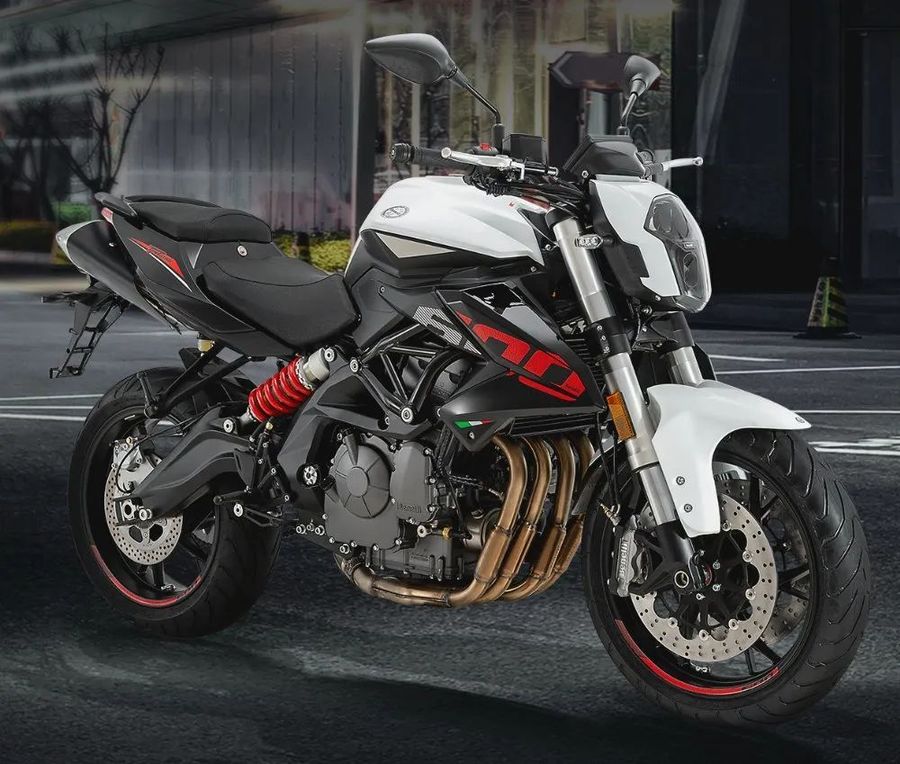 As China’s large-size motorcycle market matures, QJMOTOR emerged as the times require. QJMOTOR launched the SRK600 that shares the same platform of TNT600. SRK600 has gained considerable fame because of Benelli’s platform advantages. QJMOTOR will soon have new actions, which means Qianjiang has started this layout for a long time.

QIMOTOR & Benelli, a time-honored Chinese brand and a century-old international brand, one sparing no efforts exploring the domestic large displacement market and the other tapping the international market, Qianjiang is pursuing a dual brand strategy.

If TNT600 is a strong and well-experienced man, then SRK600 is the vigorous young generation. Although they come from different brands, they are linked by blood. In other words, they share one power platform, but have different looks and different brands. There are also differences in parameters.

In terms of appearance, there are obvious differences between SRK600 and TNT600. SRK600 is more refined while TNT600 is more muscular. They are results of two different design languages.

SRK600 has a flat head and V-shaped LED headlight to make the look aggressive but somewhat familiar. The top of the head is decorated with a plastic panel with an LED light bar in the middle. 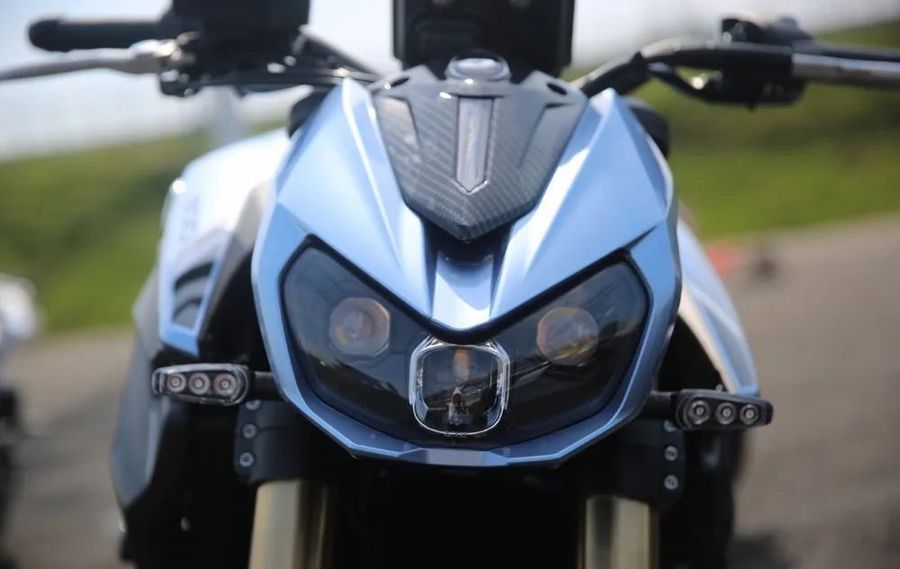 The instrument is a 5-inch TFT LCD screen, light-sensation automatically switch mode to provide good display. This is similar to that of TNT600, and the biggest difference lies in the boot screen. 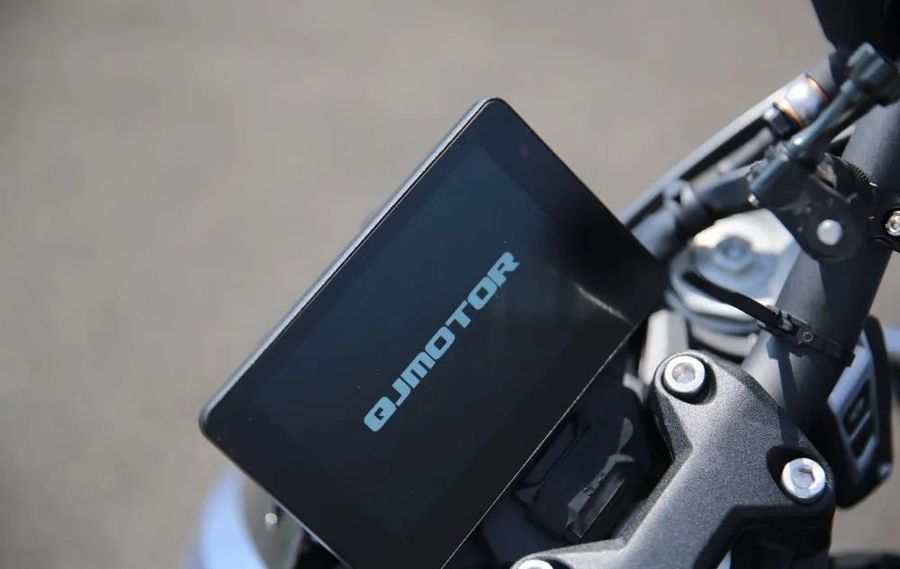 The keyless starting system is unique to SRK600, the induction key is made in good texture, while TNT600 has a traditional mechanical key. 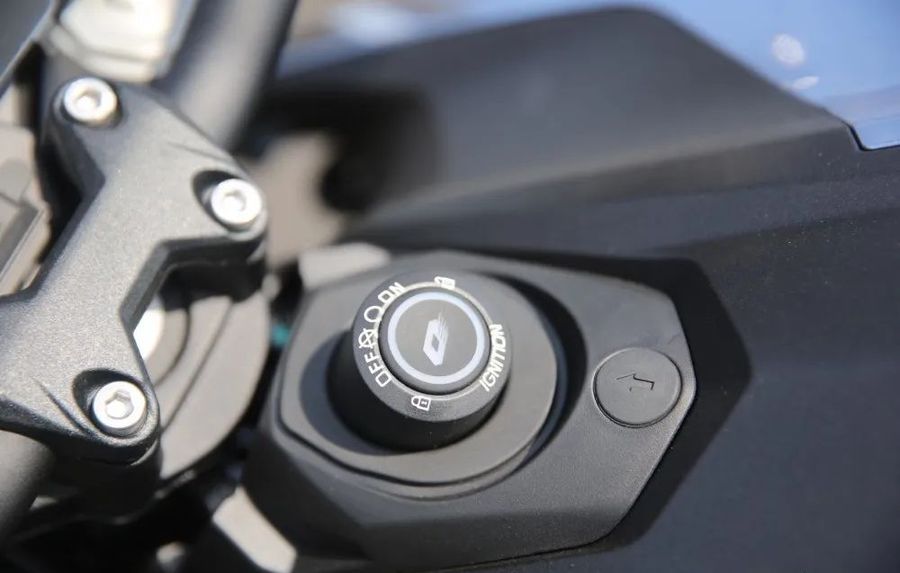 The handlebar button layout is the same as TNT600, added with the backlight function. 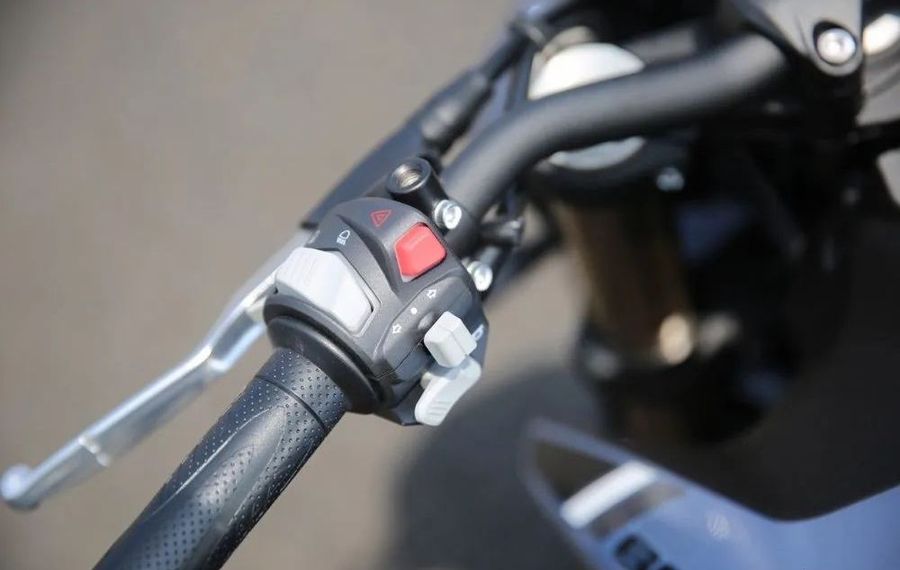 The fuel tank is still 15L. To make the body more concise, the two sides of the fuel tank are depressed. There are additional decoration plates of carbon fiber texture.

SRK600’s seat, with a height of 800mm is narrower, making the motorcycle more user-friendly. 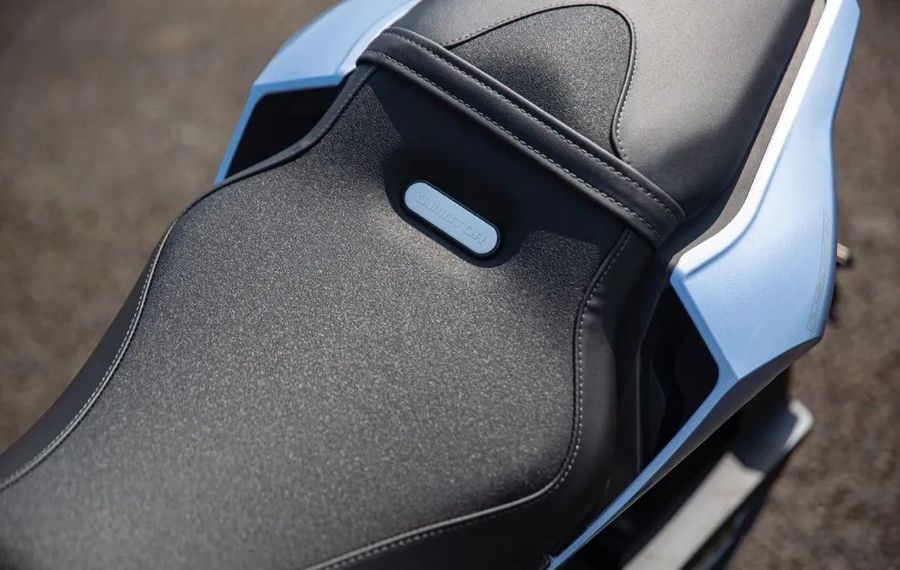 The rear and the head still adopt the flat design to present a neat and harmonious stance.

SRK600 has shock absorbers of different brands for different versions. The high-profile SRK600 is provided with front MARZOCCHI and rear KYB shocks. 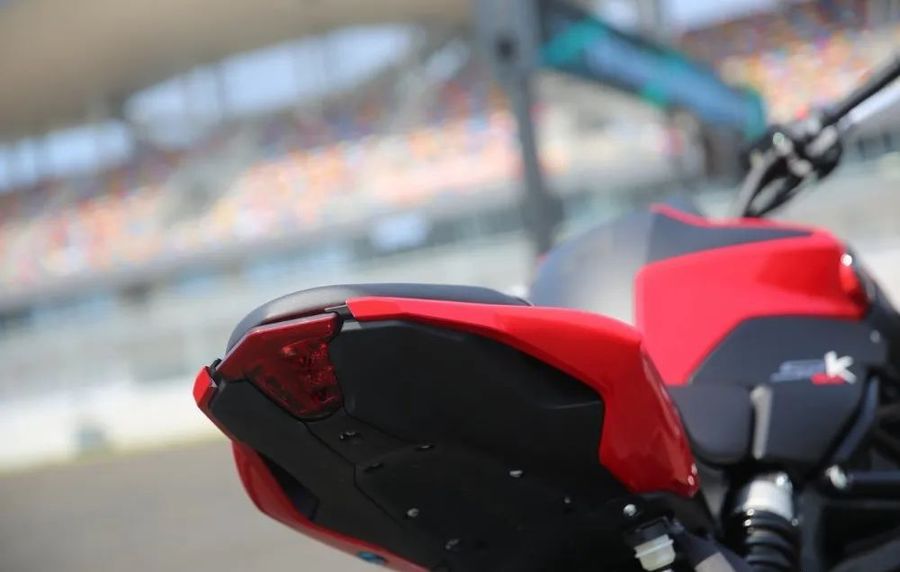 The frame remains to be the steel tube-intertwined aluminum frame. 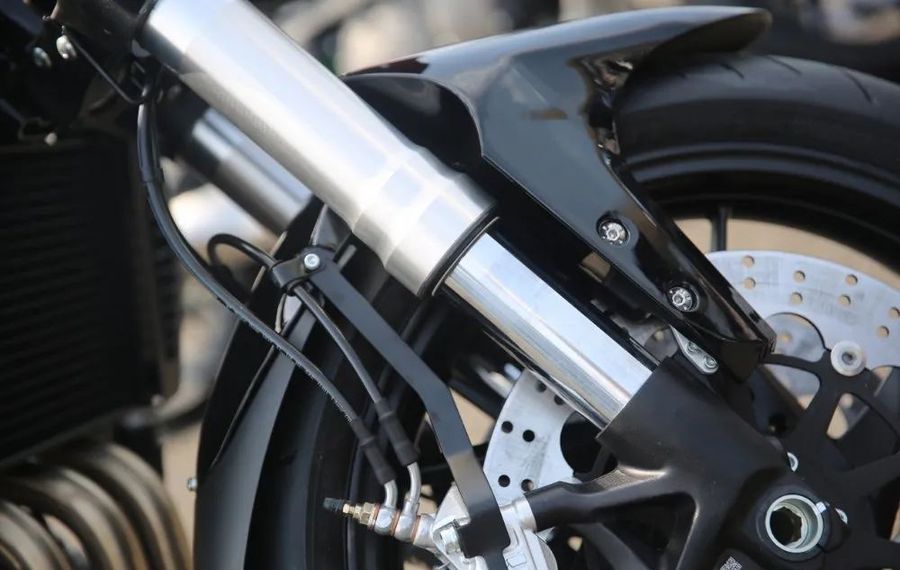 The surface of the rear flat fork has been partially polished to give it a more metallic texture.

The short exhaust is hidden, the weight is reduced, and the center of gravity is lowered and more focused, which improves the handling performance, but the visual effect is probably not as good as TNT600’s double exhaust. 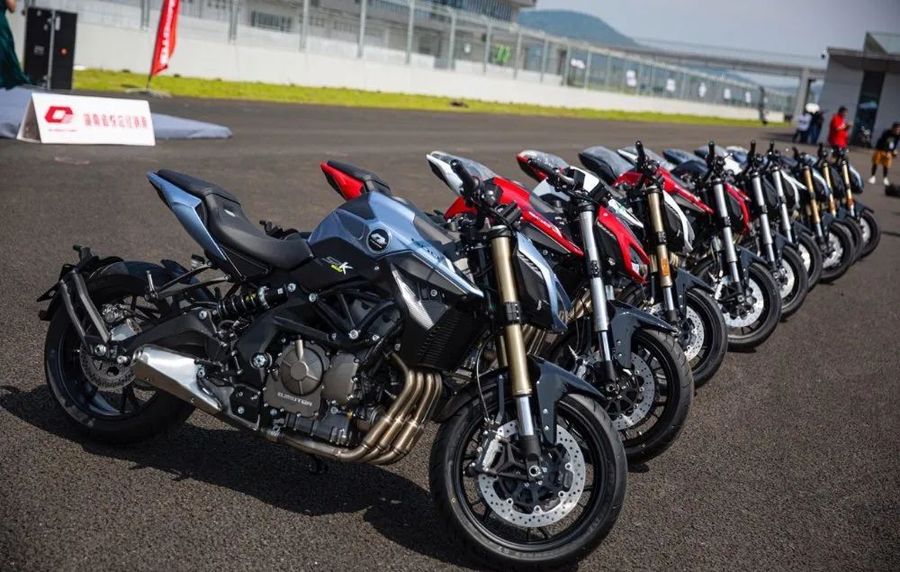 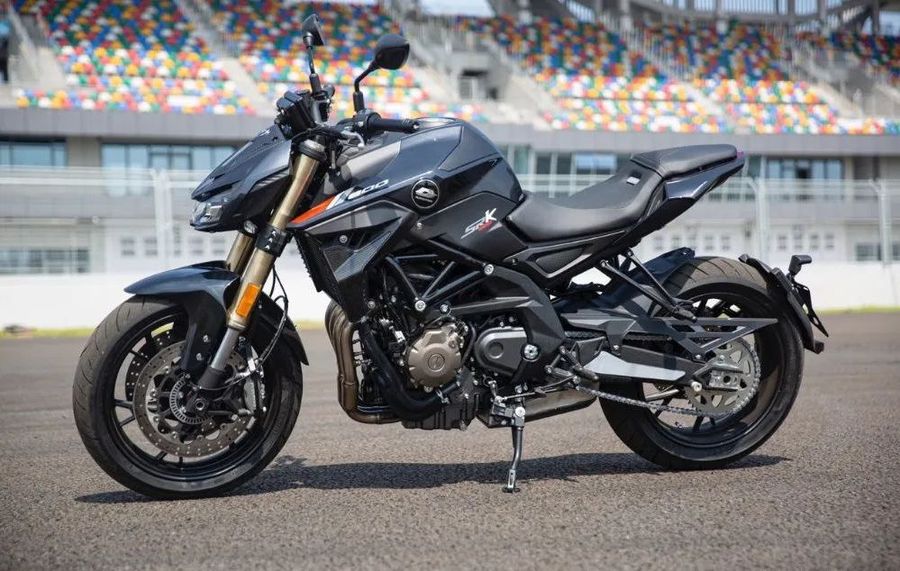 Also, the engine is the 600cc inline four-cylinder with a maximum power of 60kw/11,000rpm and a maximum torque of 55N·m/8,000rpm. The two are both equipped with a sliding clutch. After years of market testing, this engine features a stable and reliable performance.

The new SRK600 has injected new blood into the large displacement market. Four-cylinder is still the choice of most users, and the young SRK600 may be more attractive. This is just QJMOTOR’s first move. With mature platforms and solid strength, it has a promising future. (Source: WeChat: newmotor)