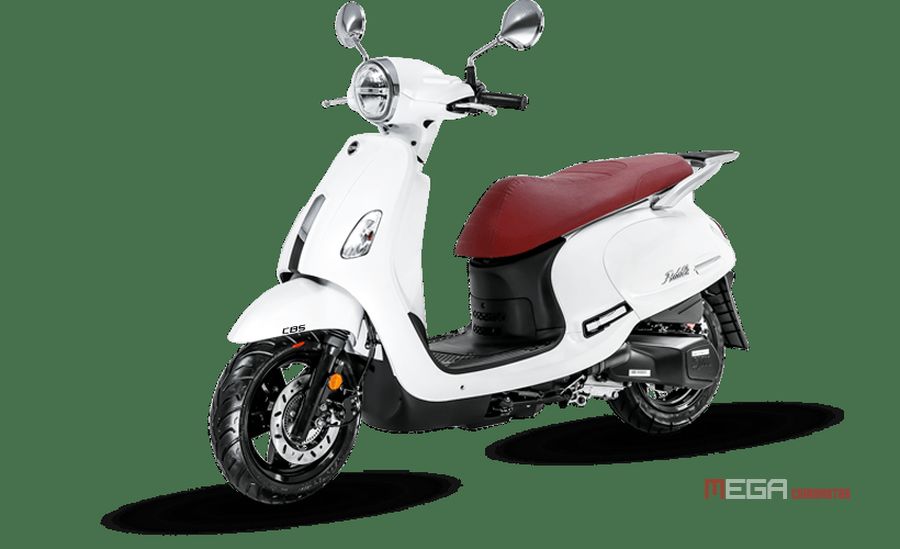 October 13, 2022
Posted by: chinamotor
No Comments

China – SYM’s latest release of the FIDDLE CBS version may be a bit confusing, since motorcyclists see ABS as a more important option. So why a downgraded version when it already has an ABS version? The price has also been lowered from 14,800 yuan to 12,980 yuan. So we think SYM is offering a more affordable  product to cater to different levels of consumers.

Apart from replacing the ABS with CBS, SYM upgraded the tires to be semi-hot-melt tires to compensate for some grip and braking power, while the sensor ring used to detect wheel speed is left to be a decoration.

The FIDDLE CBS version’s looks, power and other features are the same to the ABS version, including LED lights, LCD meters, 5V2A charging port, front fuel port, large under-seat space, spiral pedal, magnet anti-theft lock, standard windshield and tail box. The engine is still the water-cooled 125cc single cylinder engine, with a maximum power of 8.8kW and a maximum torque of 10.3N.m. The cruising range is supported by the 6.2L fuel tank. The 128kg curb weight and 760mm seat height remain unchanged. Generally, it is still the suitable scooter for women to ride in the city.

Comparing the configuration and price difference between the FIDDLE CBS and ABS versions, users can carefully thinks about their actual needs and choose the suitable one.