When TR300T was launched in early 2019, it attracted a lot of attention with its selling price and configuration. For nine months (except being affected by the epidemic), several people rode it alternately for commuting, traveling into mountains, etc. to restore the real usage scenarios. Although only over 3000km have been covered, it experienced four seasons, which is long enough to discover the advantages and disadvantages of this motorcycle. TR300T is designed by an Italian team, and its overall modeling tends to be sporty and presentable. The headlight looks sharp, with embedded turn signals on a protruded a board on the two sides to present an aggressive manner. After 9 months of natural riding experience, the exterior parts are basically intact, and the the plastic covering parts are also in good condition. But the stereo logo under the rear handrail fell off because of the soft sponge adhesive paste. 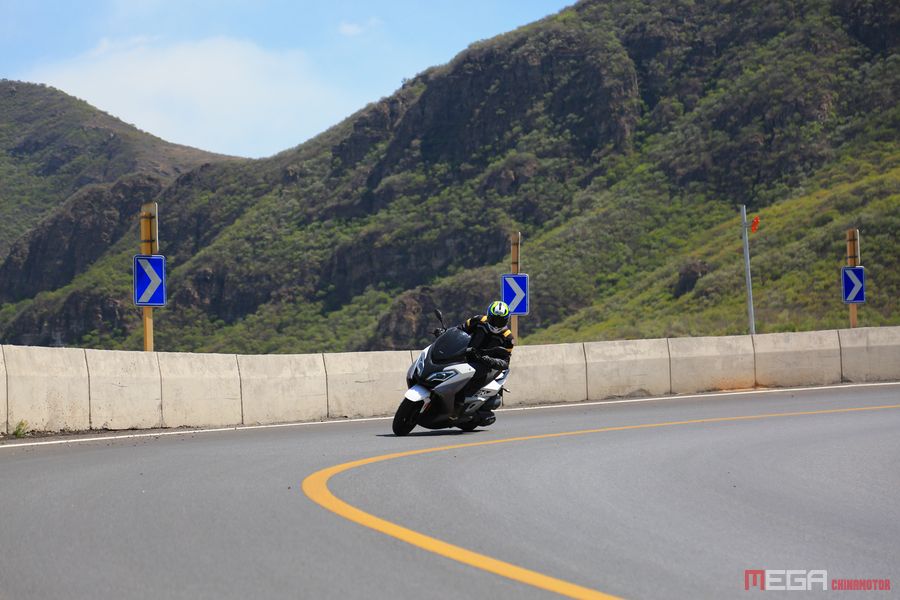 TR300T is equipped with a single-cylinder water-cooled four-valve engine with a displacement of 275.6ml, a compression ratio of 11.5:1, a maximum power of 19kW/8,000rpm, and a maximum torque of 24N·m/7,000rpm. In practice, TR300T, relying on its torque advantage, has an obvious starting acceleration power, which continues until the indicated speed is above 110km/h, and then the acceleration weakens. When the maximum speed is reached, the indicated speed is close to 130km/h, but the bike vibrates greatly. This engine has an obvious deficiency: it vibrates greatly at idle speed, and the rearview mirror vibrates obviously, but the traveling vibration is well controlled. 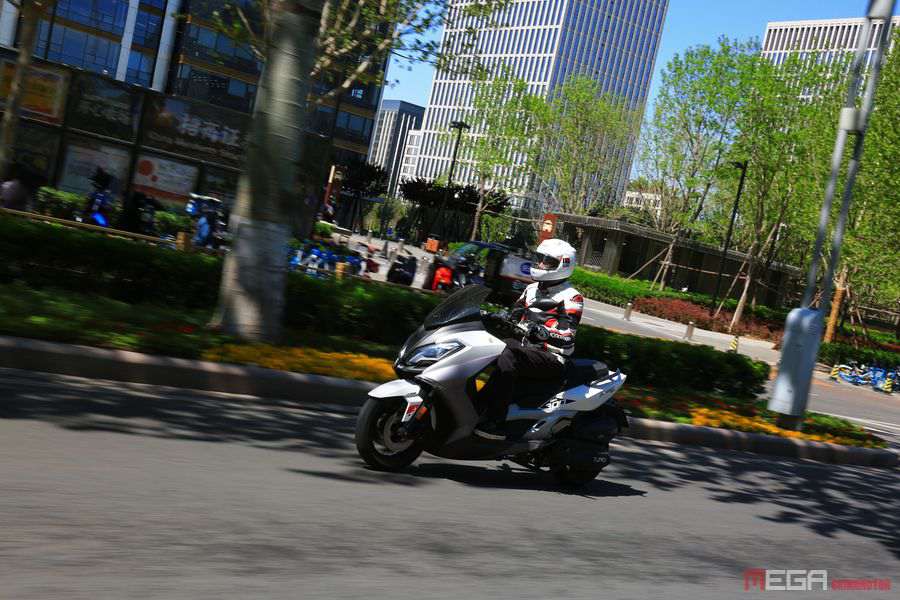 The actual capacity of TR300T’s fuel tank is about 12L. According to different riding habits, a range of more than 300km can be guaranteed under comprehensive working conditions.

The handling is conventional. At low speed, the handling is a little strenuous. At medium and high speeds, the handling experience is the best state of the vehicle: both the handling and the stability in the turns are greatly improved, which is due to the long wheelbase of 1,617mm. In daily use, TR300T’s overall sport performance is fine for most mountain riding. Timsun tires provide good grip. Besides, the front double four-caliper brake and the front and rear suspensions provide the rider more confidence. 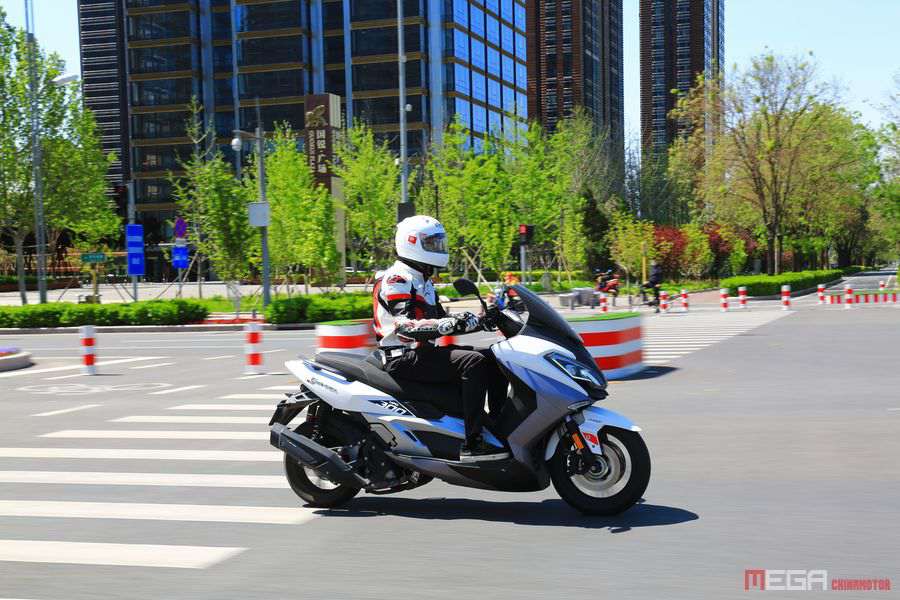 TR300T is slightly inferior in comfort and details. First, the pre-load setting of the rear shock absorber is more for sport, which leads to poor comfort over common roads with small pits and speed bumps. In addition, the cushion and pedals are not so comfortable. The cushion lacks lumbar support (although there is one for the rider, it does not function effectively). The front foot pedal is more suitable for riders below 1.70m, but not for riders higher than 1.80m–because when they are on a long-distance ride, they cannot comfortably change a posture. In addition, the bucket under the saddle is not handy to open. 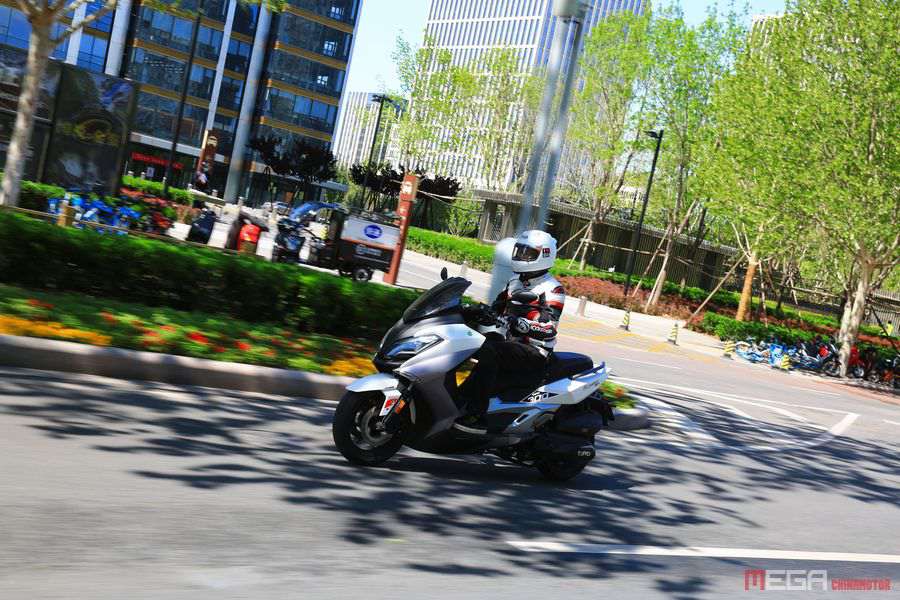 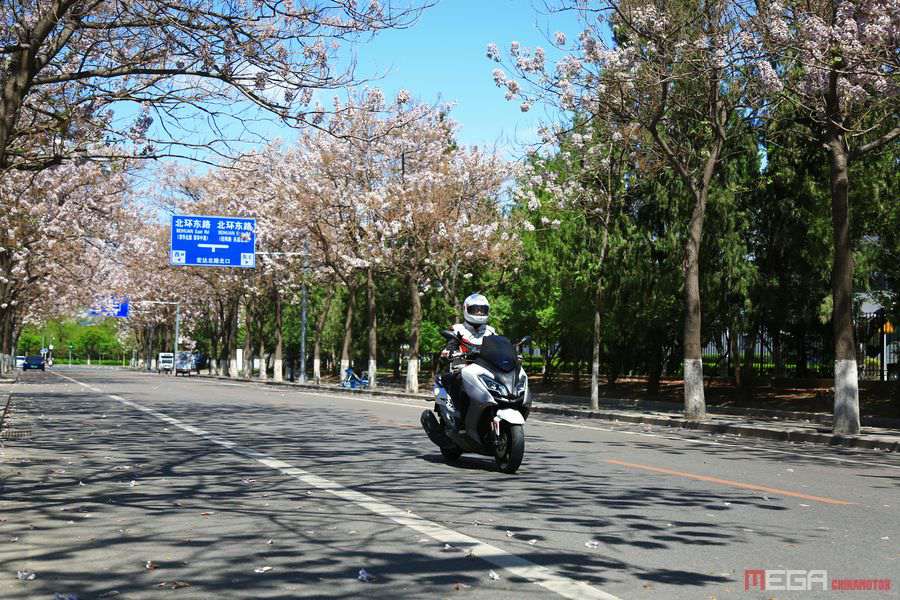 In general, TR300T, as a large scooter, has a good overall performance in terms of engine performance, braking, handling and appearance, and is highly cost-effective, although there is still room for improvement in details. After all, TARO is still a newcomer in complete motorcycle development and production, and some experience needs to be accumulated in the future. We look forward to see further progress in TARO’s 400ml scooter.