During the 7-day test ride, the riders experienced congested urban roads, complicated national roads, unpaved roads under construction, beaches and hills. In general, VOGE 650DS with its outstanding dynamic performance, comfortable riding posture and excellent environmental adaptability took the riders to complete a journey of more than 1,400 kilometers. It was an opportunity to re-understand the rising star of the ADV field.

650DS’ tall and handsome appearance is quite eye-catching. The 650DS body is relatively narrow, unlike the common wide body ADVs. The head end takes on a short beak shape, which is high recognizable with the two-section-adjustable windscreen. The hunchback fuel tank and the sunken saddle make a comfortable riding triangle.

The exhaust pipe is on the left side and the chain drive is on the right side, which obviously differs from that on the usual domestic models. It carries the BMW 650 engine, a large single-cylinder engine that won BMW the championship of the Dakar Rally. Now this engine bring 650DS the BMW blood to make it a motorcycle with the gene of Dakar champion. On the departure day, due to the bad weather, the road was wet and slippery. The road was seriously congested. The test rider, 176cm tall was riding a 650DS with a high seat (865mm). His feet could naturally touch the ground. 650DS demonstrated flexible handling, which enabled the rider to freely pass through the urban traffic (without three tail boxes). 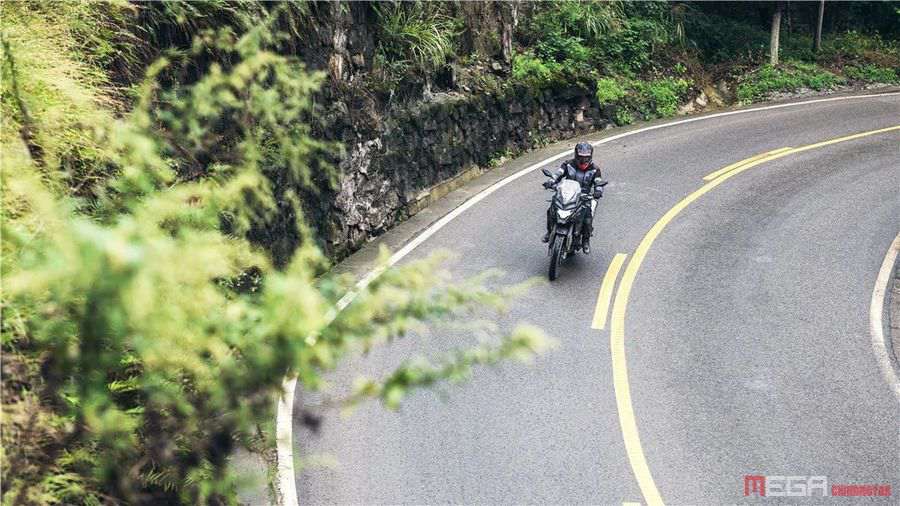 650DS is equipped with a 650cc single-cylinder engine with a maximum power of 37kw/6,750rpm and a maximum torque of 60N·m/5,500rpm. The dual throttle wires enable flexible control of the power.

Running on a straight road, the acceleration is fast, the tires do not skid. Increasing to the fifth gear, the meter showed a speed of 130km/h. When the engine runs up to 4000rpm, the vibration becomes obvious, which is normal on a large single cylinder. Cruising at 5500rpm is comfortable. 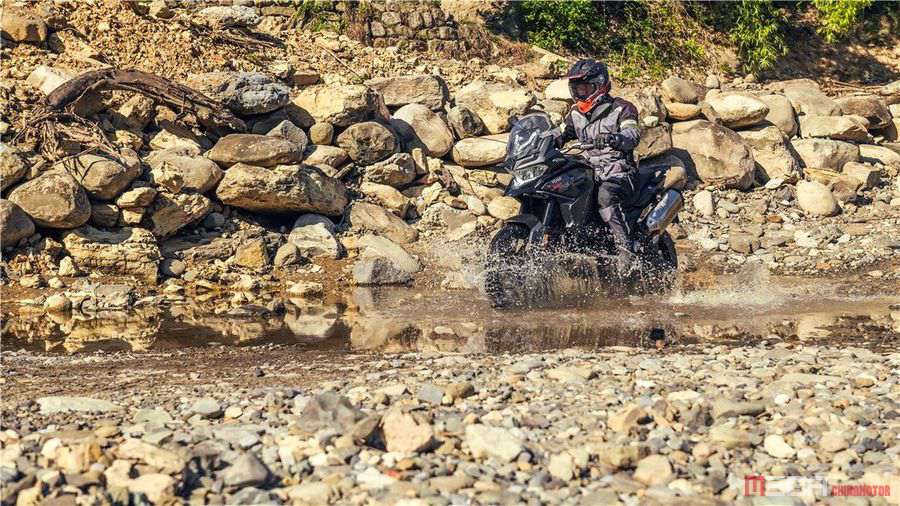 Since the test ride was mostly on the roads of Sichuan Basin, there were many mountains and curves.

The body of 650DS is relatively high, and the tires are more suitable for road riding, so it is easy to deal with curves. In addition, the front and rear shock absorbers are resilient enough to support the body when cornering. The handlebars and suspension can clearly reflect the body posture, which makes the riding more confident.

In most cases, setting in the 3rd gear could conquer most of the curves. Turning into a corner at about 60km/h, then slowing down to less than 40km/h, and finally accelerating to get out of the curve, the whole process was smooth. The motorcycle body showed great flexibility at all corners, not like a big machine weighing 220kg at all.

Since it is positioned as an ADV, 650DS’ off-road performance is commendable. It was really proved to be “fearless of any road conditions”. To test its off-road performance, the rider deliberately rode onto some unpaved mountain roads and even beaches.

The large foot pedal is comfortable for riding the motorcycle in standing position. Removing the external rubber, there is anti-slip serrated edge, which is designed for high-intensity off-road riding conditions.

On the way back, the rider encountered a maintenance road section of more than 10 kilometers, which was full of gravel potholes, but 650DS passed it with ease. The shock absorbers compress and bounce back quickly when they encounter potholes, and most of the bumps are filtered. The all-terrain tires showed strong road holding on muddy roads, ensuring riding stability. 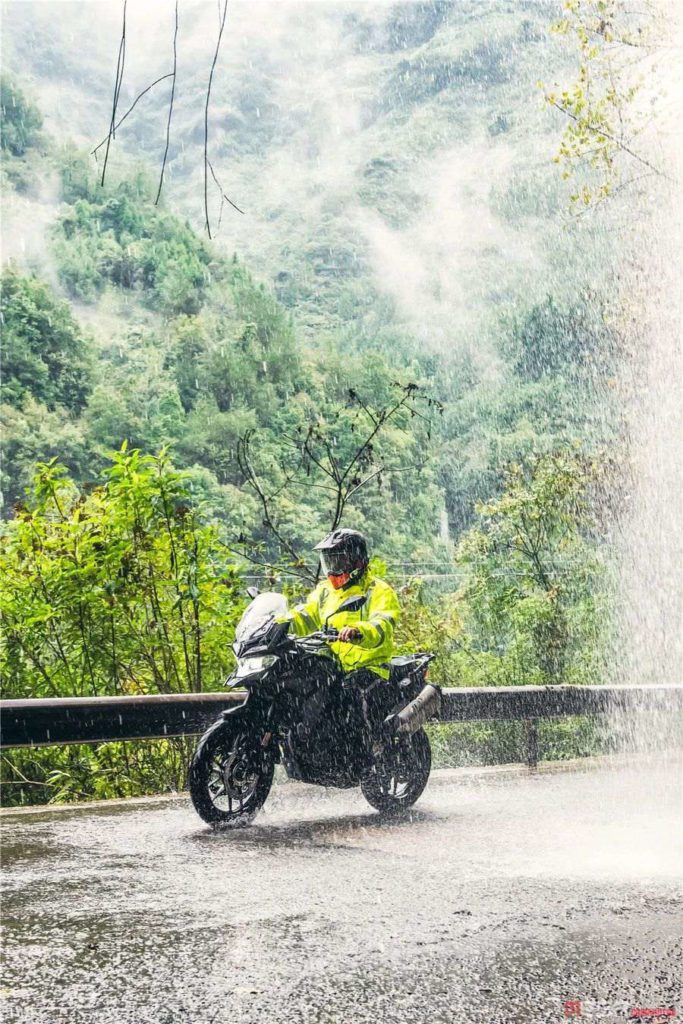 Riding at a high speed, applying the brake on a continuous potholed road section or on a unpaved road, the ABS intervenes at the right timing to provide enough time for deceleration. In emergency braking, before the ABS works, the braking system can reduce the speed first; after the ABS intervenes, the pedal feedback is gentle and the reaction time is short, which allows the rider to have sufficient time to continue pressing the pedal and avoid extension of braking distance.

650DS features everything that an ADV has: a highly original appearance, sci-fi yet unobtrusive design language, a market-tested 650cc single-cylinder engine, good ergonomic design that creates a comfortable riding posture… For both external characteristics and internal performance, 650DS is a top level motorcycle in China that demonstrates true features of a tough ADV. (Source: WeChat: VOGE-MOTOR)