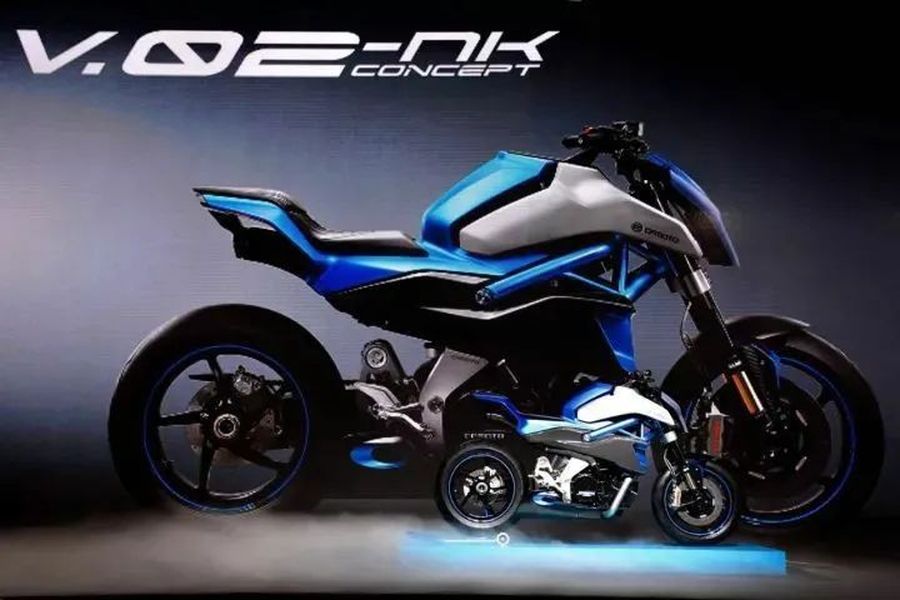 China – V.02-NK Concept is a concept model released by CFMOTO at the end of 2017 and also the first concept model of CFMOTO. Its equipment and design give people a refreshing feeling. It will be carrying the same engine as the forthcoming CF1250TR-G.

This concept features a very high degree of original design, and has a unique layering feeling. The front is like a shield, with exposed LED headlight. It uses blue and white paint. There is a big carbon fiber air intake on the side.

The engine housing is partially integrated with the frame to function as part of the frame, which is also a typical lightweight design. The dry sump and an integrated oil cabin are designed to reduce the center of gravity. The entire body looks simple and compact.

As a concept model, its sporty lines and the sci-fi single rocker arm are the most attractive highlights. In addition, the design of the water tank radiator is also conceptual and novel.

The back cushion adopts the Y-shaped design with wavy surface patterns.

This literbike is reported to come in the second half of this year.