3 Trends of 2014: Good News for the Chinese Motorcycle Market in Australia

It’s the season to be making predictions for the coming year, and like many others, I see 2014 as the year that the market for Chinese motorcycles will pick up globally. With significant recoveries predicted in developed economies worldwide for 2014, people in these markets will have more to spend. Sales figures for motorcycles in the United States and Australia will grow significantly. This will see the Chinese makers look more closely making the developed markets work for their brands.

New Chinese branded motorcycle offerings to the Australian market have been sparse in the past couple of years. However, as the industry in China has adjusted to adverse conditions at home, and made a pivot to export oriented product lines necessary for many manufacturers to stay in business, we have seen some positive developments that belie some underlying trends in both the Chinese Industry and the Australian market:

Competitive value for money will continue to drive the market for Chinese branded motorcycles and scooters, particularly among the younger, city-based learner and commuter riders looking for affordable, small-displacement vehicles for frequent, short trips.

We’ll be seeing more features and accessories added to the export lines by the manufacturers, with intention of grabbing the attention of more sophisticated consumers in developed markets.

We’ll be seeing closer interaction between local businesses and the Chinese manufacturers, which will make it easier and cheaper for distributors and dealers to provide acceptable levels of after-sales support in order to build long-term brand loyalty.

The Market: Affordability and the Trend towards Small-Displacement Motorcycles and Scooters

Affordability: the most important driver of growth for Chinese branded motorcycles in Australia by far. Despite the large distances involved with traveling in Australia, and as the price of petrol keeps climbing, smaller, more economical engines are becoming a popular choice among city-based commuters. Hassle-free parking (in most cases), less time spent in traffic, and freedom from public transport combine to become a compelling reason to own a motorcycle or scooter. “Due to the cost of fuel and the rules for learner riders, we have a growing market in the under 600cc range” Craig MacIntyre, GM of Motorsports Importers was quoted as saying.

While the Japanese makers have dominated the >250cc class in Australia for some time, Honda and Yamaha lost out the most in 2013. Honda’s top selling CBR250R, while maintaining the top sales position, lost 37% market share year-on-year.

European brands such as KTM have picked up on this with resolve. Their cost-conscious Duke 200 model (developed jointly with Indian maker Bajaj) has taken significant share in the Australian under 250cc market in 2013, close behind Chinese brand CFMoto’s V-night, which posted a 107% increase in market share for the year.

It’s certainly something for the Chinese makers to watch: Japanese and European brands looking to close the affordability gap with Chinese brands outsourcing production and assembly to low-cost factories in countries like China, India and Thailand. “If they can close that gap to within 30% of the Chinese brand prices, the Chinese brands will lose their competitive advantage in the Australian marketplace” said Michael Onrust, Managing Director of Zuma Motorcycles when I asked him what makes the Australian motorcycle market tick.

However, with the CBR250R selling new at above AU$5,5000, and the 150cc CFMoto V-Night at around AU$3,000 in Australia, it’s a hefty gap to close. For buyers looking for affordable, economical, commuter vehicles, the Chinese brands will maintain a healthy level of price-competitiveness throughout 2014, allowing them to best take advantage of the growth in this market. 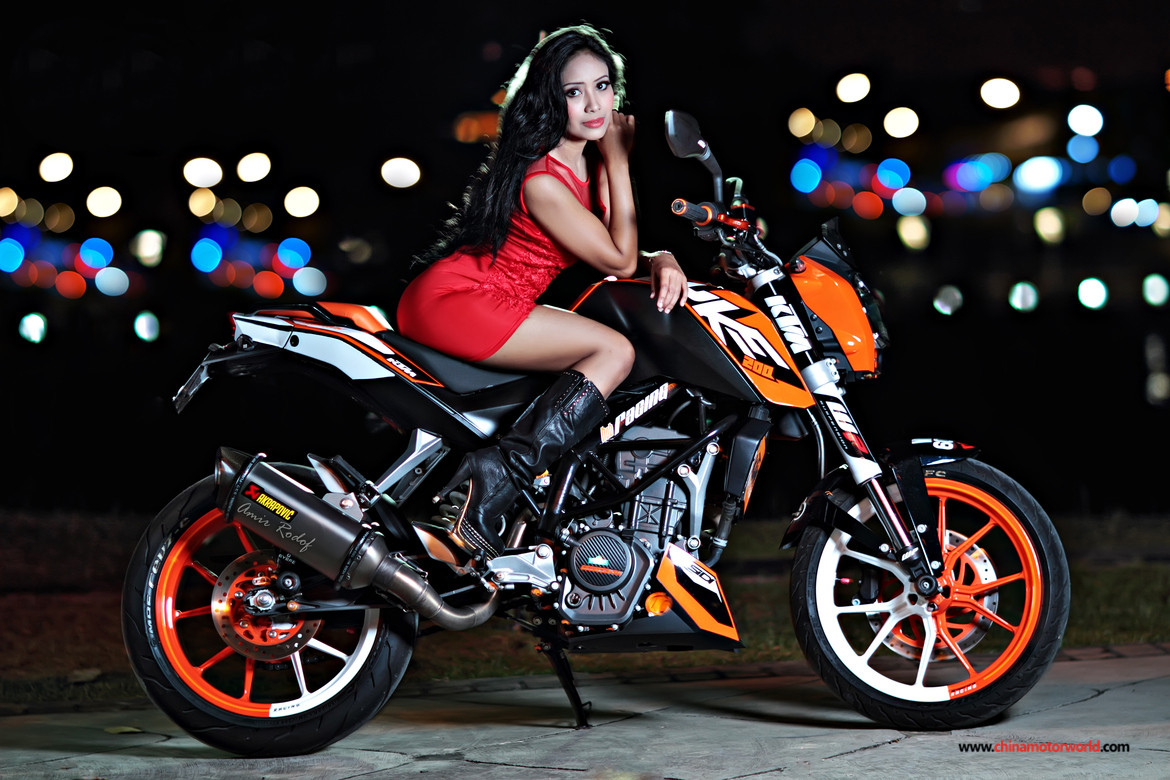 The Manufacturers: Trend towards Consumer Oriented Products and Marketing

Product Customisation and Development: As OECD economies finally recover, we’ll be seeing more features and accessories added to the export lines, as well as a continuance of the general trend towards Japanese-standard quality. Seen as a waste of money by makers targeting the increasingly saturated developing markets, there is now an opportunity for motorcycle makers to capture market share in developed markets for those willing to make design and performance related customisations. “China’s motorcycle chiefs are showing a lot of interest in taking advice from international experts, especially in the products that we need to be developing such as marketing, brand recognition, engine systems, EFI and advanced braking” China Motorcycle Conference Organiser Winston Guo is quoted as saying.

This is intended to grab the attention of the more sophisticated developed markets, most notably in the U.S., which shares close similarities with the Australian market in consumer taste.

Chinese makers and trading companies are wising up. Significant investments in quality control and R&D have made their models an increasingly attractive prospect in Australia. “Reflecting the economic positivity from the U.S., we should see a few more adventurous models from Chinese manufacturers this year, as they seek to expand their product offerings to the export markets.” Mr. Onrust said. “There should be something different at this April’s Canton Fair, the first Canton Fair for me for a very long time.”

This export-oriented trend has slowly been building steam for the past couple of years. In 2012 we saw CFMoto release its 650cc CF650NK naked street bike to the Australian market, in what has been called a direct challenge to the Japanese and European dominated market for middleweight motorcycles. Developed for developed export markets by one of the most progressive manufacturers in China (CFMoto), and imported, marketed and distributed in Australia by their Australian partners (Mojo Motorcycles), the 650NK has garnered excellent reviews and has sold steadily here ever since. In 2013 we saw the 250cc Zongshen RX3 adventure-tourer, and the much heralded 400cc Shineray X5 released by their makers. They are yet to find Australian shores, but their designs are sure signs of the maker’s intentions to appeal to more demanding consumers.

While a select few makers have entered close partnerships with distributors in developed countries, it’s a bit of a stretch to claim that all Chinese makers are open to making small changes to their product lines in order to satisfy a need in their markets. However the general attitude is changing. This trend is an important one for the Australian market, and this year we should see some interesting developments targeted to our tastes, stimulating more interest for Chinese motorcycle brands and resulting in higher sales figures for the brands that bother to make the effort. 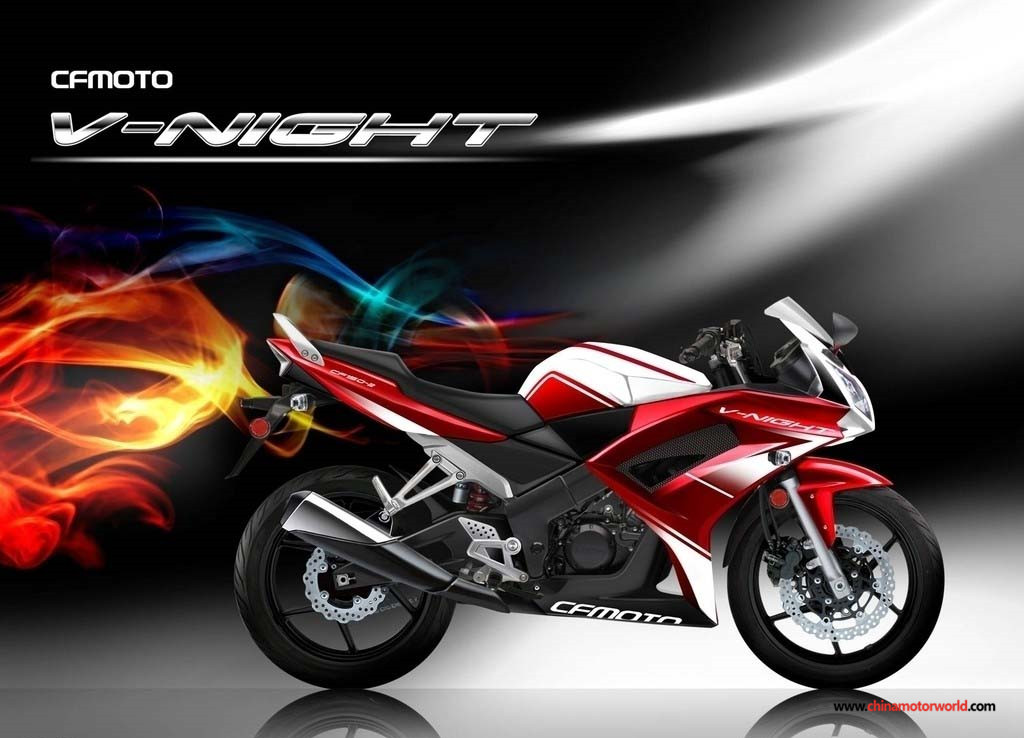 New buyers of Chinese branded motorcycles can tend to assume that their new vehicle will last forever, and throw caution to the wind when shopping for a bargain. “Price is Paramount” emphasised Mr. Onrust, when describing the average Australian buyer’s considerations “Buyers really shop around for a bargain but sometimes come out worse off when the question of parts support comes up a few thousand kilometres down the track”. This tendency benefits dealers who don’t invest in providing proper after-sales service and support, and hurts dealers of Chinese motorcycles who do invest in acceptable levels of after-sales support.

However, comprehensive parts and after-sales support by the more reputable importers, distributors and dealers have made it easier to build Chinese-brand loyalty for some brands, and are slowly starting to change perceptions about a select few Chinese brands. “There will always be a market for super-cheap imports with the bare minimum of support, but the businesses that are going to benefit most from motorcycle market growth will be the ones that support their customers. It’s just so much more financially viable in the long run” said Michael Poynton of Mojo Motorcycles, the importers of a number of global brands including CFMoto. “A relentless focus on great value for money, reliability and outstanding aftersales service has led us to great success so far”.

Chinese companies are starting to focus on promoting their own brands in order to be taken seriously within European, American and Oceanic markets, and investment in after-sales support networks is a vital part of that promotion. “[The market for China made bikes] has been growing over the last 3-4 years and as quality gets better, parts supply service gets better, the products will be accepted more and more” Craig MacIntyre, GM of Motorsports Importers was quoted as saying”.

To provide better-than-adequate after-sales support, the local distribution network needs to be in close contact with the manufacturer. The partnership between CFMoto and Mojo Motorcycles is a great example of how a Chinese manufacturer and local distributor can come together to market, sell and support a great product. We’ll be seeing more of this kind of Chinese-Local business cooperation in the near future, in Australia and Internationally.

The blatantly obvious lead in affordability that Chinese branded motorcycles hold will continue to drive sales and grow market share, particularly in the commuter and learner rider markets. Chinese motorcycle manufacturers, spurred on by rising order numbers from recovering developed economies, and in efforts to take customers from their competitors, will start to include performance and design-related modifications more suited to developed markets. Manufacturers and suppliers of Chinese motorcycles looking to build long-term brand loyalty will also focus on a better after-sales experience for their customers, as it becomes more financially viable.

These trends will no doubt make 2014 a good year for Chinese motorcycles in Australia. 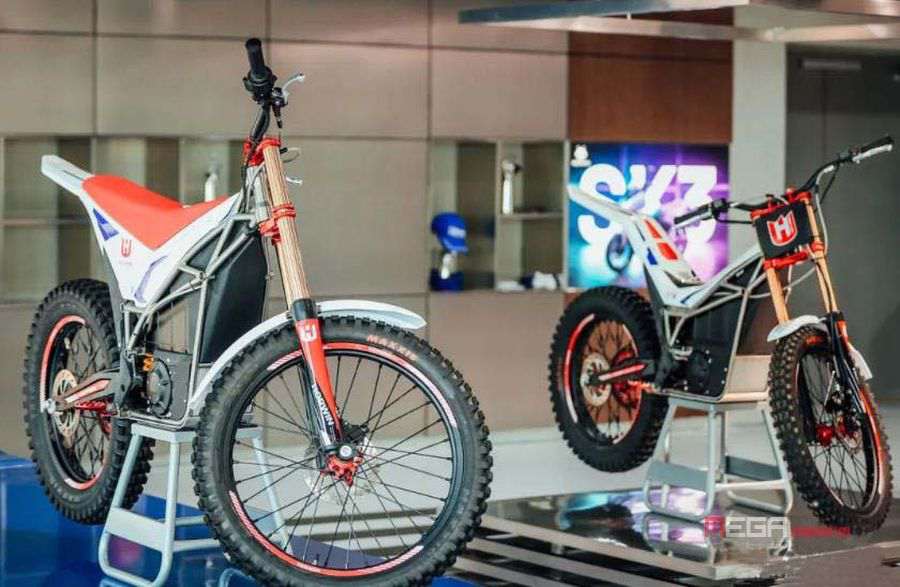