Benda was still a small and low-key brand in China in 2015. Stepping into a new market segment and focusing on the development and crossover sports cruisers, the brand demonstrated strong originality with the launch of FUN390 at EICMA.

At that time, Benda realized the importance of self-invention, so it began to develop engines regardless of the costs and stepped again into the sports bike market. Now Benda’s new factory that cost 100 million is about to open, its independently-developed engines are maturing, and its first original street bike is coming along.

In the ultra-competitive middleweight street bike market, Benda offers the Asura400 that is designed with a single-sided swingarm and powered by its own 400cc dual-cylinder engine, and takes on an ultra-modern original look. It took three years from development inception to mass production of Asura400. Benda independently completed the appearance design, matching of powertrain to the frame, and the design of single-sided swingarm. 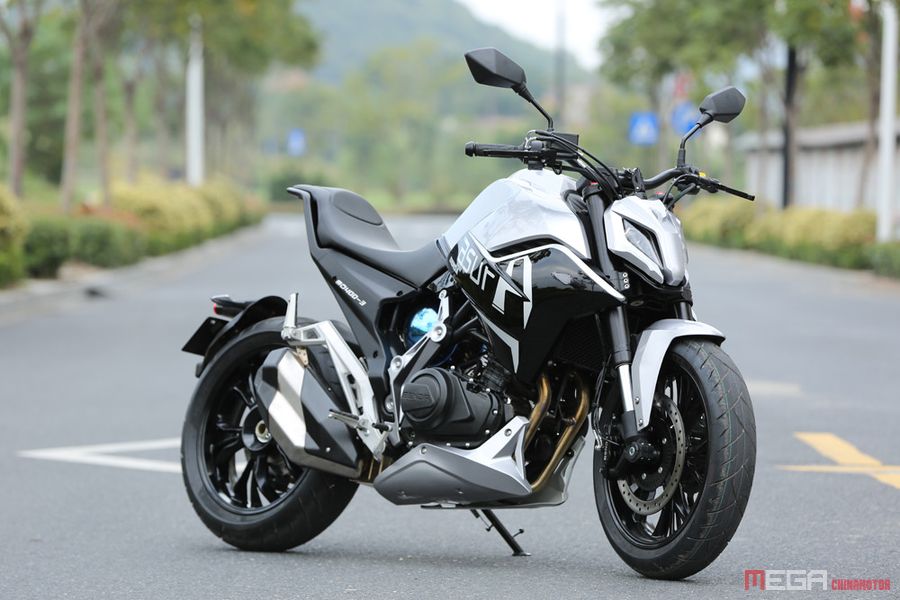 The 16L fuel tank is made plump with the covering parts. The upper body of the bike looks powerful, forming a good visual impact with the front face.

The sub-frame is forged from aluminum alloy, which is not only a sub-frame, but also a part of the body appearance. It needs to leave proper angle for the seat and ensure adequate strength at the same time. The front brake has double discs and double pistons, and the rear is of single piston type, with ABS as standard configuration. Both the front inverted and rear central shock absorbers are adjustable. 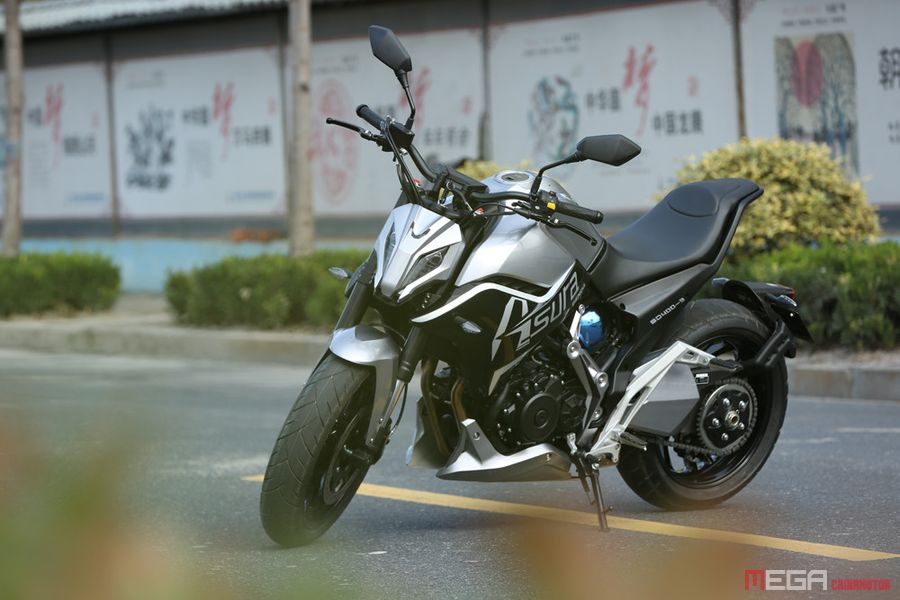 The tested Asura400 is equipped with Maxxis tires−front 120/70 R17 and rear 160/60 R17. According to official introduction, the bike can also be matched with Pirelli tires. 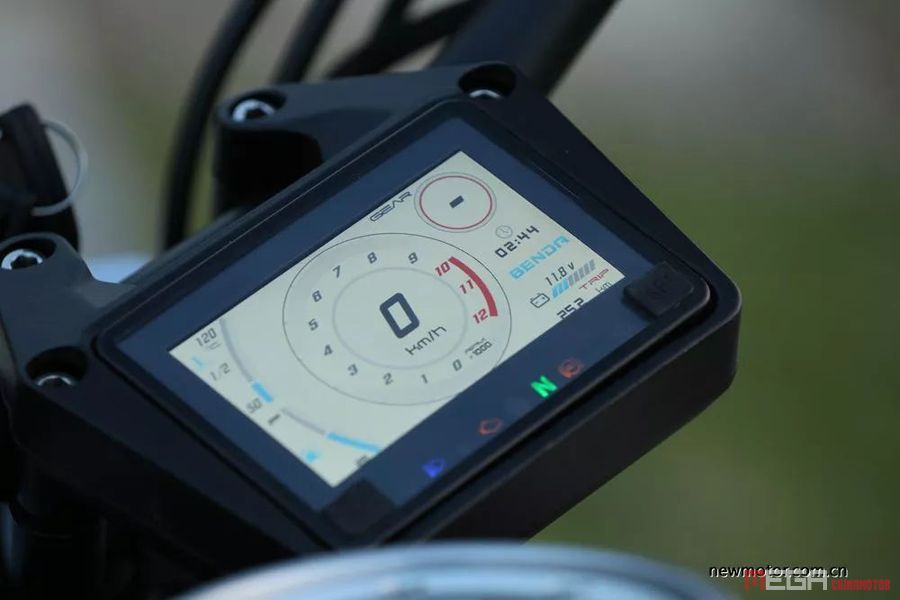 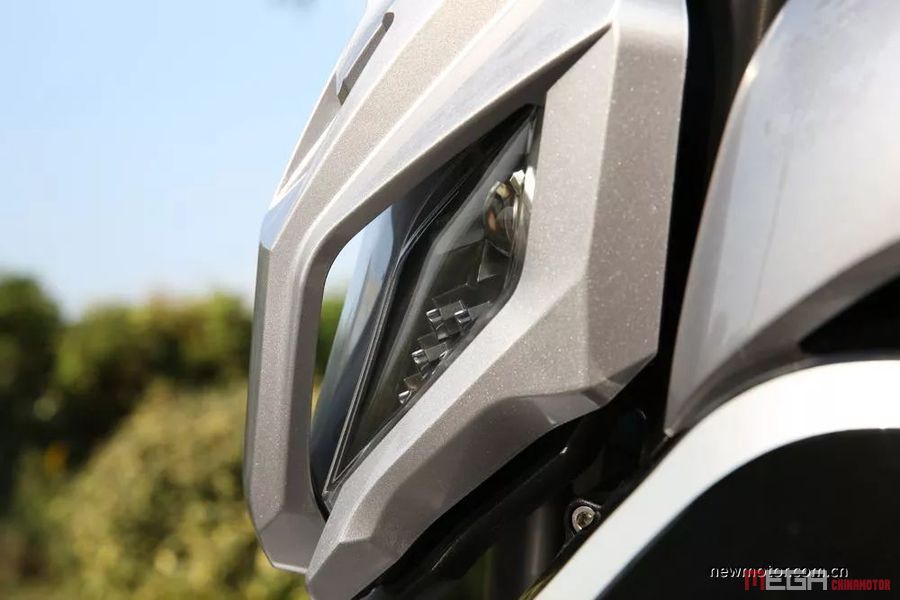 The multi-spoke aluminum hub is cool, but the single black color looks a bit toneless.An airfoil fairing is added at the bottom of the engine to make the body appear plumper. 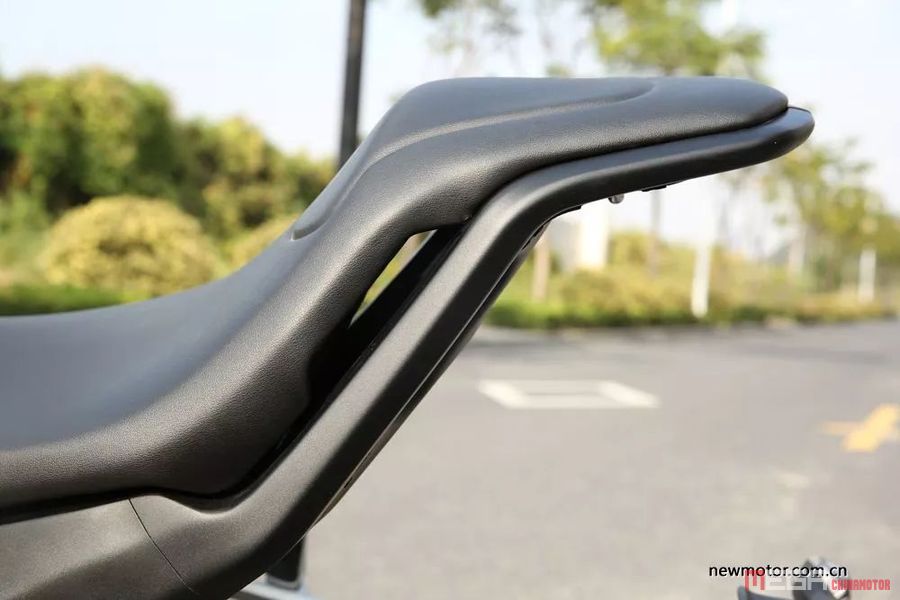 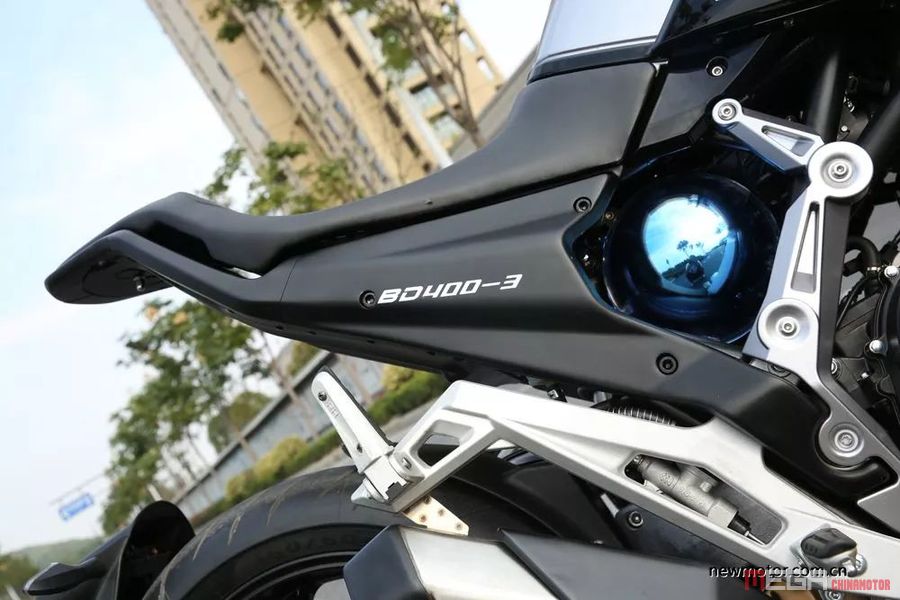 The blue spherical air filter is novel and unique.

Asura400 is equipped with Benda’s own actual 389cc water-cooled asynchronous two-cylinder engine, with built-in balance shaft, with a maximum power of 27kw/9,500rpm, and a maximum torque of 32N·m/8,000rpm. It also has a Delphi EFI and 6-speed transmission. Because of the difference in actual displacement, the torque of Asura400 is smaller than that of CFMoto 400NK (400.4cc, 31.5kw, 35.4N·m). 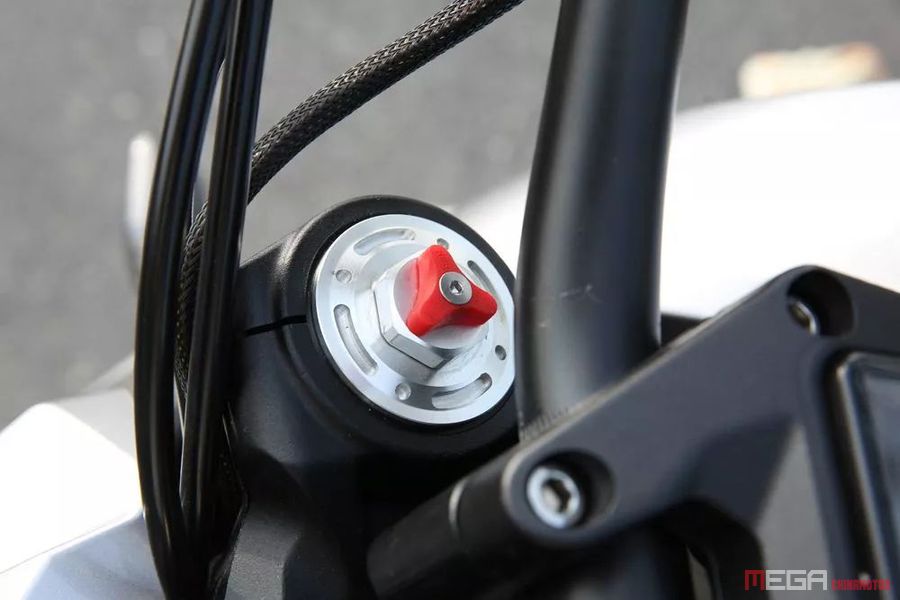 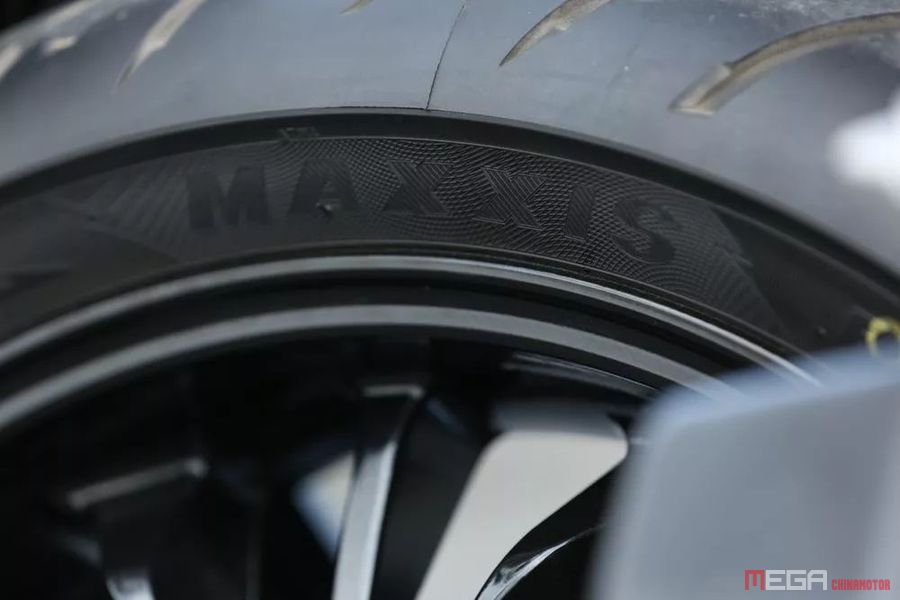 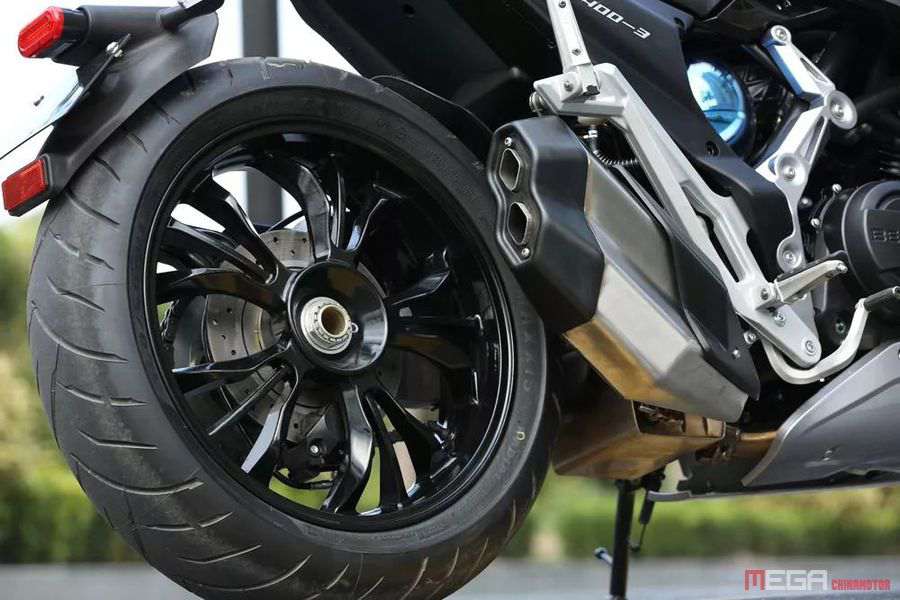 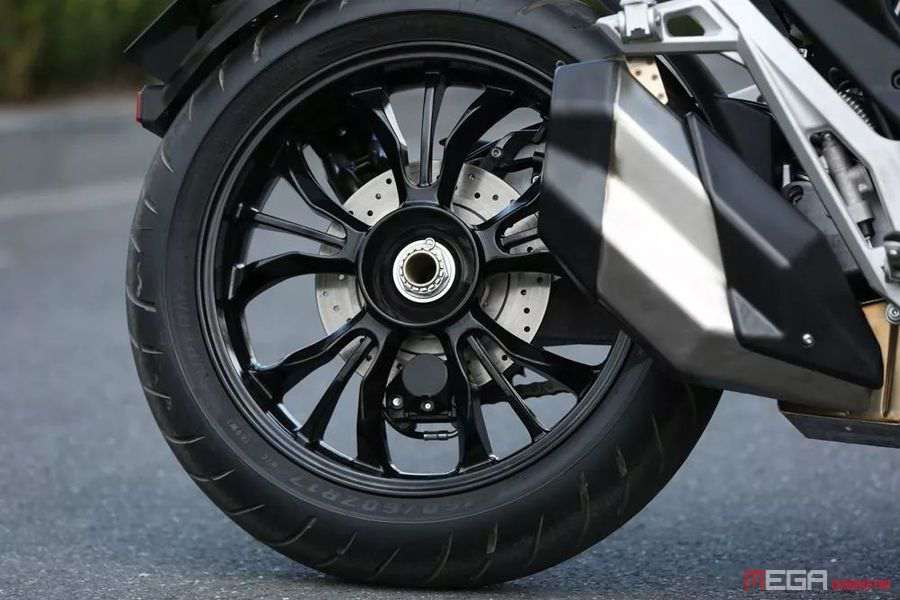 In terms of riding posture, Asura400 doesn’t feel as aggressive as it looks. The man-machine design fully considers the comfort requirements of daily commuting. The wheelbase is 1400mm long. Everything feels compact. It is more suitable for slim riders.

The readjusted shock absorbers and the Maxxis tires make a perfect match, providing good curve performance. When the tires were almost rubbed to its limit, the fairing and the side support were not affected at all, indicating that Asura400’s chassis barely interferes its curve performance. 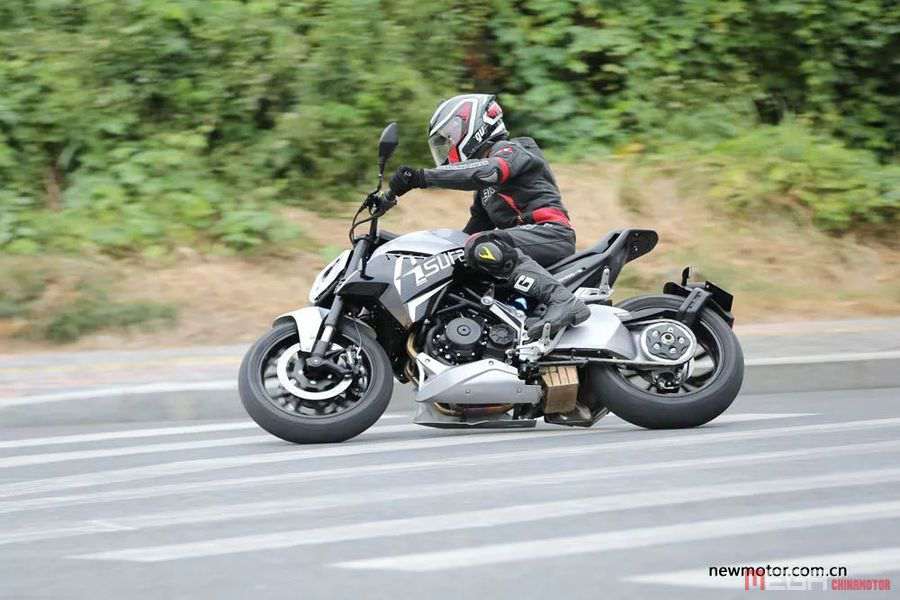 Asura400 has a curb weight of 193kg. It is worth mentioning that the factory has a new way to reduce weight, which means the curb weight of later batches of Asura400 may be 20kg lighter and the power performance then should be even better. 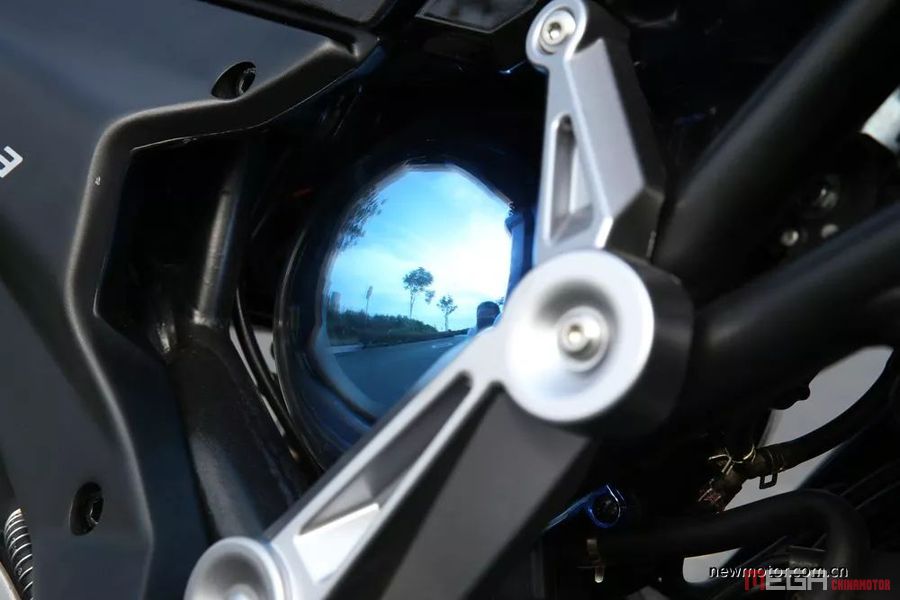 The power output becomes more forceful at the middle and high rev range, but the smoothness and vibration control at low revs are good. With advantages of an asynchronous two-cylinder engine, there is no obvious vibration during the acceleration process until about 7,500rpm. 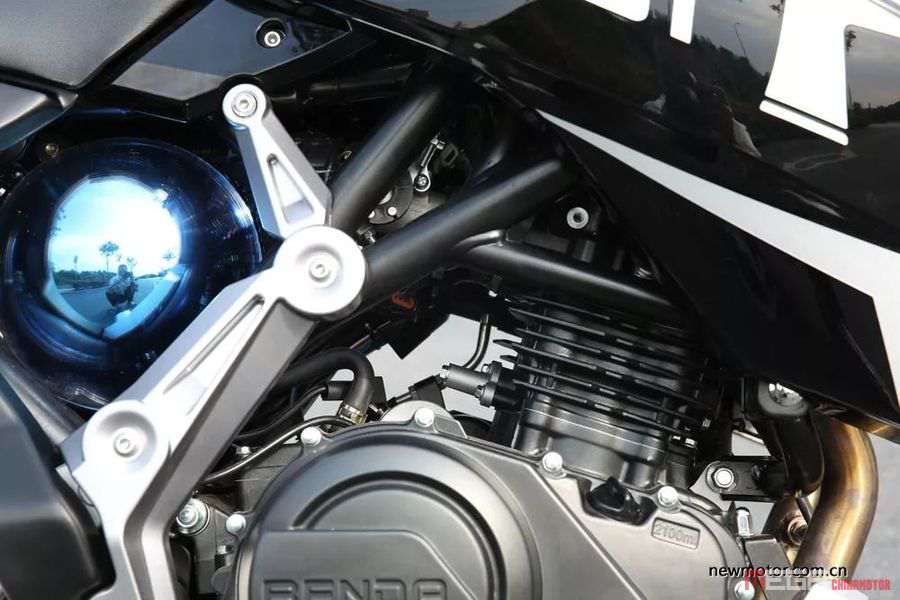 As a street bike aimed at young users, Asura400’s magical original look and single-side swingarm are absolutely unique and attractive. It also has appealing cost performance, good vibration control, and a short body ideal for urban commuting. It is a good choice for new users and motorcyclists tending to try the middle-large displacement motorcycles. (Source: www.newmotor.com.cn) The 20th China International Motorcycle Trade Exhibition Will Be Postponed