September 22, 2020
Posted by: chinamotor
No Comments

BENELLI’s sports cruiser 502C has been launched into the market for a long time. Can 502C accomplish its mission as a sports cruiser? Let’s see through a test ride.

With repeated tests in a closed field, the acceleration from 0-100km/h varies from 6.1s to 6.3s, and the best result is 6.1s, which is sufficient for daily riding. 502C has standard 44-teeth rear crankset, and the center of gravity is relatively lower, which further shortens the acceleration time.

On the express way, we simulated overtaking at high speed. Setting the bike in the 5th gear at 8,500rpm, the speed reading on the meter is 155km/h; fuel supply-cut off approximating 9,500rpm, it kept running at 1,000rpm, when, however, the handlebar and rearview mirror showed high-frequency vibration; changing to 6th gear at 6,500rpm, the vibration reduced, the speed increased to 157km/h, and the bike felt stable. Due to wide handlebar, the chest encountered greater wind resistance. Besides, there was heavy traffic along the road, its top speed was not measured. However, the speed has already reached 127km/h at 6,000rpm in 6th gear, and the vibration from the cushion and handlebar at this time was acceptable. 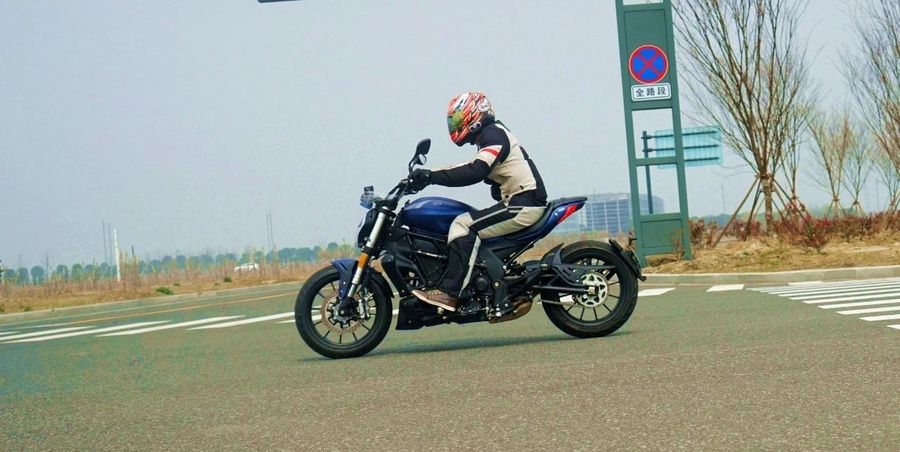 At the curved corners, when the tire reaches a certain temperature, riding the bike into the curve at 5,000rpm in the 2nd gear (the speed was 57km/h), the bike naturally inclined to the center of the curve. While getting out of the curve center, it was set in the 3rd gear at 7,500rpm, and the speed meter showed 84km/h. The overall controlling at curves was good. In addition, the road holding of tires were satisfying.

As 502C is a cruiser, the rider’s feet were extended forward, it was not suitable for fierce riding at curves. The lower pedal makes it a big difference from counter steering.

During the test ride, the total distance covered throughout the day was nearly 200km, including expressway, curves and city roads. The testing rider felt no physical fatigue after riding. The large saddle is comfortable, but the pillion is relatively small, which means 502C is more suitable for traveling alone. 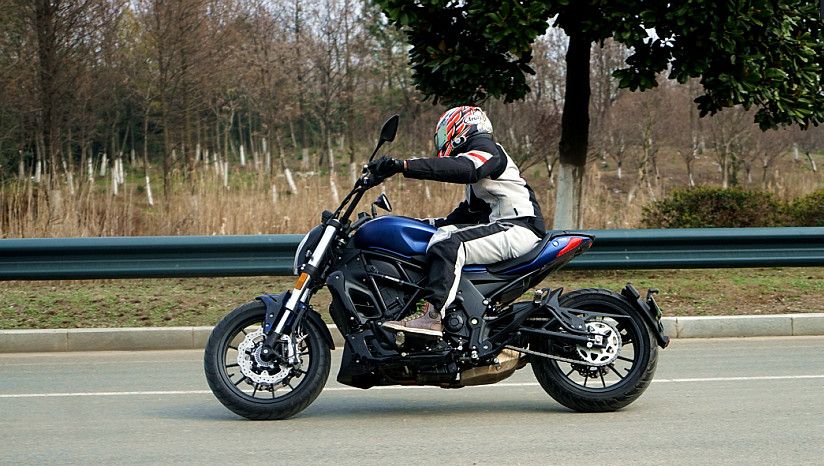 It is clear from the 502C’s choice of tires and ABS that it is going global: front 120/70-ZR17, rear 160/60-ZR17 Pirelli semi-hot melting tires + Bosch ABS to ensure safe and reliable braking. At the same time, the timing and degree of ABS intervention is perfect–ABS works at 1/3 of the braking force.

The actual braking distance tested during a closed road section was 11.1m at 50km/h-0 and 3.1m at 30km/h-0. It is worth mentioning that the Pirelli tires feature well-balanced road holding performance in various riding conditions.

The vibration was mainly felt from the saddle and rearview mirror. Although the wide and thin front saddle was comfortable, it vibrated a lot after the engine exceeding 7,500rpm. The rearview mirror was slightly blurred when the rev exceeded 8,000rpm. The vibration reduced when increasing the gear and slowing down the bike. However, it can reach 146km/h at 6,000rpm in the 6th gear. 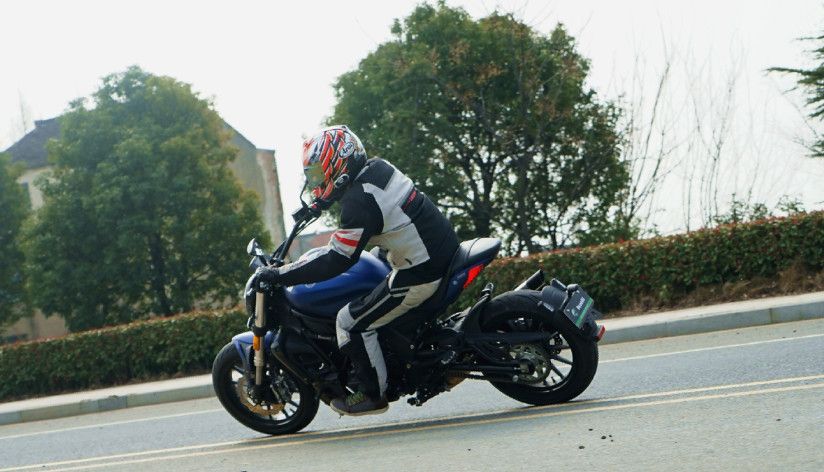 While running, the vibration amplitude of the handlebar is higher than that of the saddle, and the measured data by the instrument were 0.047mm and 0.015mm respectively. The idle vibration was very small. While accelerating to 9,500rpm, the maximum amplitudes measured at the two positions were 0.282mm and 0.074mm respectively. From the actual riding experience, there was obvious high-frequency vibration from the saddle when riding at high speed, but the vibration was not strong from the handlebar at high speed.

502C is made of good cruising style, comfortable riding posture, well-controlled vibration before 7,500rpm. The mature and stable BENELLI 500 dual-cylinder engine has excellent performance to meet all kinds of riding requirements. The ABS adjustment and tire performance are good too. 502C stands for BENELLI’s exploration of the middleweight cruising models. (Source: WeChat: motorcz)