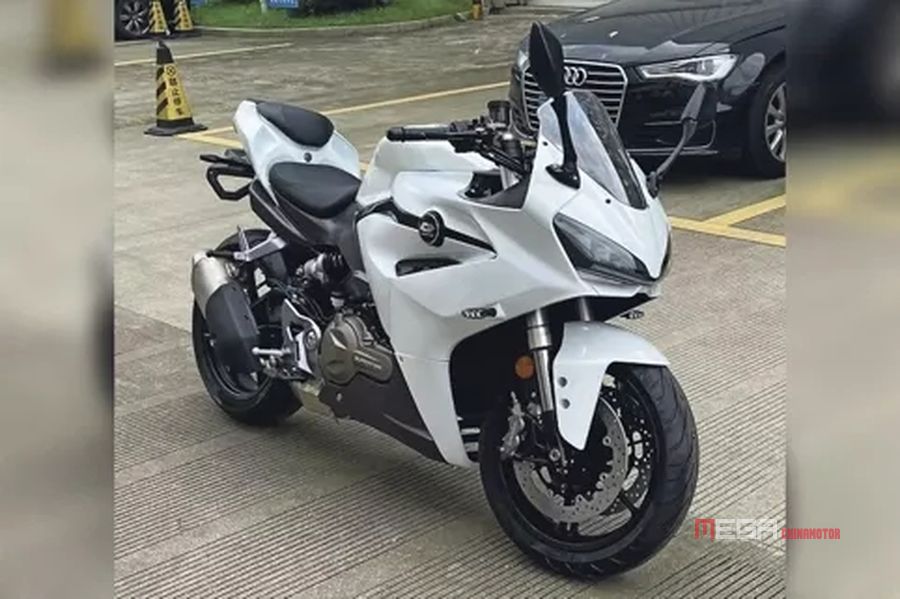 According to the exposed photos, this BENELLI 550 has almost been completed, which is ready or at least very close to be put into the market. The design bears some resemblance to the Honda CBR650R, but it looks more aggressive.

According to foreign media reports, this new street sport bike will adopt the Leoncino 500’s body structure, the two-cylinder engine displacement is slightly increased to 549cc, and the maximum power is expected to increase to around 50hp. In addition, the photos show that the front suspension uses the same inverted fork, dual discs, and radial four calipers as the Leoncino 500.

This BENELLI 550 sport bike has a big gap with the mainstream models in terms of power data, but the cost-effective advantage will help it win buyers.

From the riding experience of the Leoncino 500, the engine power and sound are above average among bikes of its kind. In particular, the two-cylinder engine with 180-degree ignition has a high-rev (after 5,000rpm) performance setting. We believe it is a promising bike.