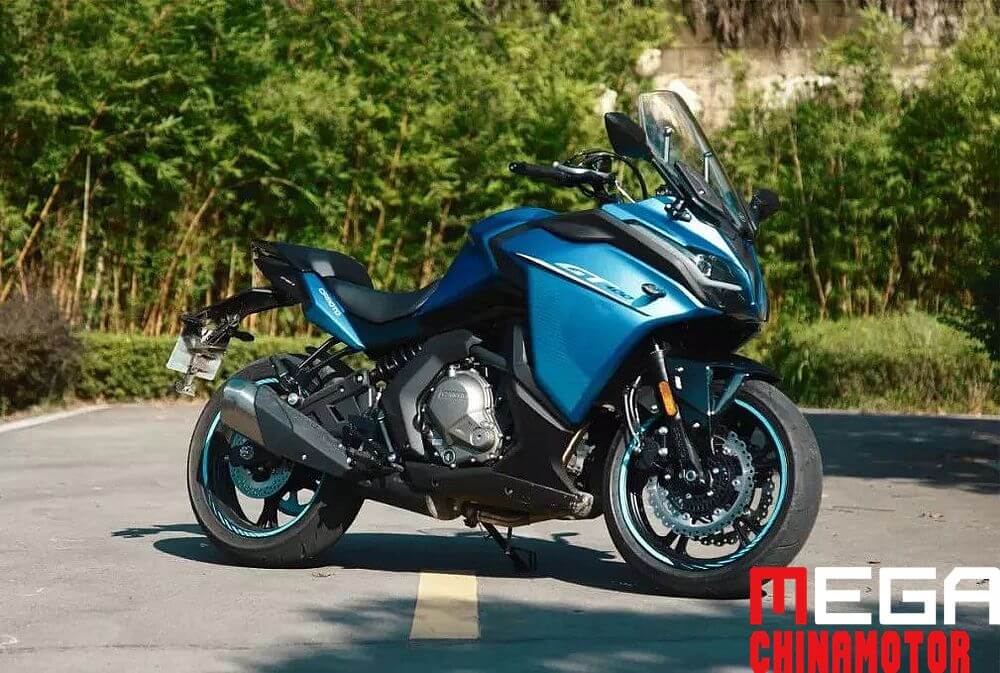 December 4, 2019
Posted by: chinamotor
No Comments The new CFMoto 400GT was first unveiled on CFMoto Day last year. After six months, 400GT, which is posi-tioned as a sport touring bike, is officially released for mass production. It is designed in two editions: the standard and the touring. There are not so many sport touring models in domestic market, so the launch of 400GT undoubtedly pro-vides a new choice for motorcycle travel enthusiasts.

Appearance
400GT has large body lines to present a plump body. Chang-es are made to the details to improve the appearance quality. The design method conforms to the concept of a touring bike. The front side plate may seem to make the visual center of gravity unbalanced, but after installing the side and tail boxes, 400GT will look more coordinated, which shows the manufac-turer’s diligence in the appearance design. 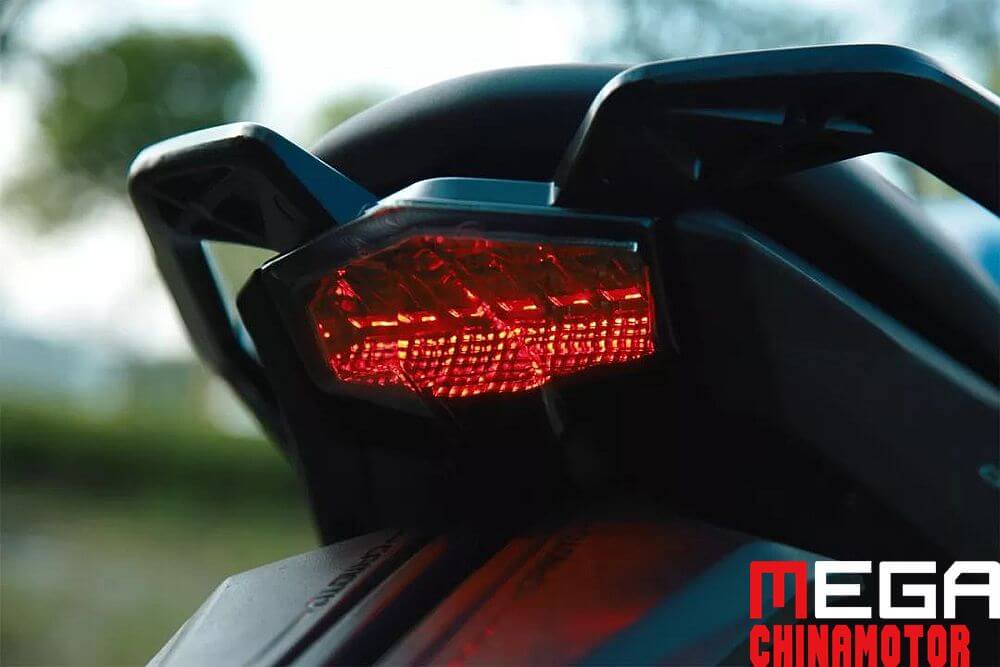 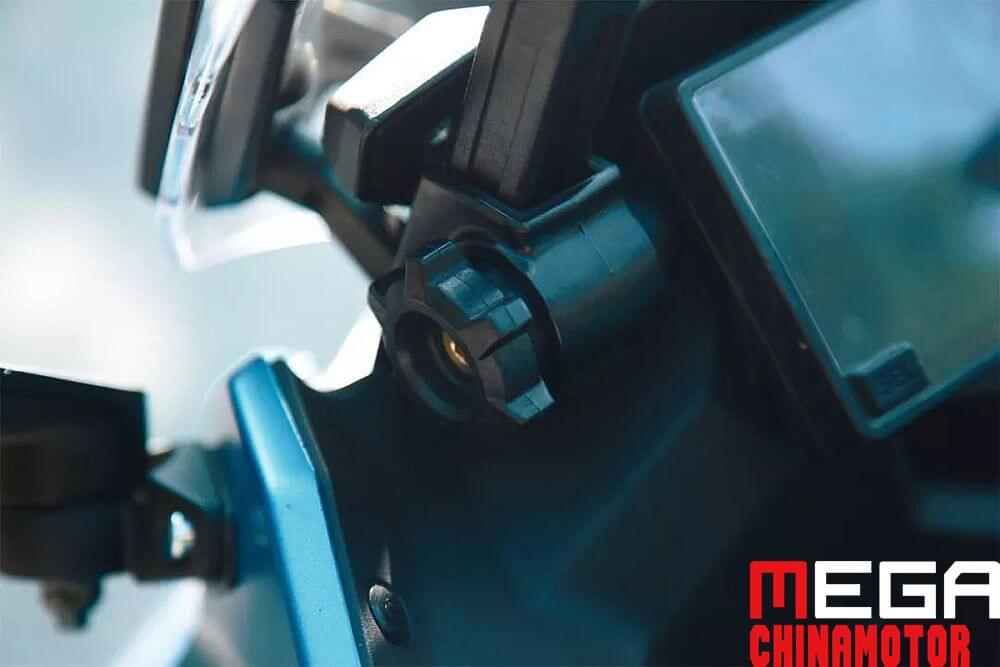 CFMoto 400GT adopts full LED lamps, including a daytime running light bar and double flashing lights. The headlight is combined with high beam and low beam. 400GT also comes with a number of touring features, such as an adjustable windshield that is secured by knobs on both sides. Both sides of the front are provided with USB interface and 12V power in-terface to be convenient for various electronic devices. 400GT is equipped with a TFT full-color LCD instrument, which not only has a light sensor that can automatically adjust the color at night, but also has two display modes, which adds a lot of sense of technology to the bike. To be better suitable for trav-eling, 400GT’s fuel tank is changed to 19L, which is 2L larger than that of the 400NK.
In addition to being more travel-friendly in its configuration, 400GT is designed with a proper riding posture triangle. 400GT is developed on the frame platform of 400NK, but considering the comfort of travel, the handlebar is designed higher and the seat height is reduced from 815mm to 795mm, making the sitting position more upright. In addition, the pillion seat is widened and lower compared to that of the 400NK, this not only improves the comfort of the seat but also reduces the pressure on the front seat.
Other configuration of 400GT is similar to 400NK, such as a vertical front shock and a preload and rebound adjustable rear shock. The braking system is supplied by J.JUAN. The

front two one-way double-piston calipers are matched with semi-floating brake disc, and the rear single piston caliper is matched with a Continental ABS. 400GT is powered by a 400.4ml water-cooled parallel dual-cylinder DOHC 8 valve en-gine, with Bosch EFI. The engine produces a maximum power of 30.5kW and a maximum torque of 34.4N·m.

Riding experience
Sitting on the bike, the seat cushion feels softer than that of 400NK, the foot pedal is at a proper position, the sitting pos-ture is very comfortable, and a tall rider have more space for the leg. Surprisingly, the small windshield has high practicality. When the windshield is adjusted to the highest, the wind pres-sure on the head and chest of a rider (185cm) is significantly reduced, which is a great benefit for a long-distance ride. 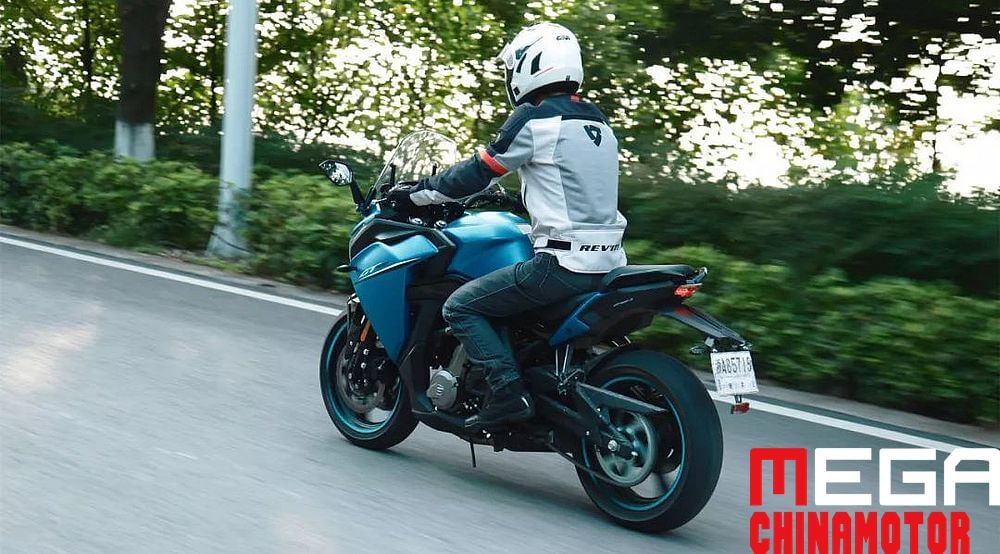 TFT color LCD instrument is of good visibility, clearly showing the engine speed, gear position, and bike speed. It has five-mode adjustable backlight. After turning on the headlight, the instrument backlight brightness automatically is reduced. The instrument also shows other information such as time, voltage, and mileage, but including temperature and fuel con-sumption would be more preferable for such a touring bike. 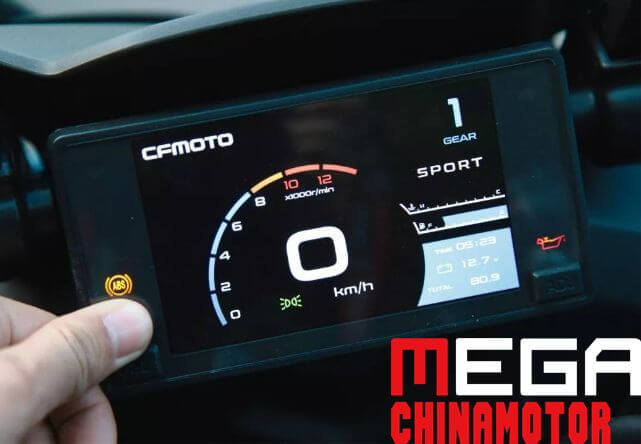 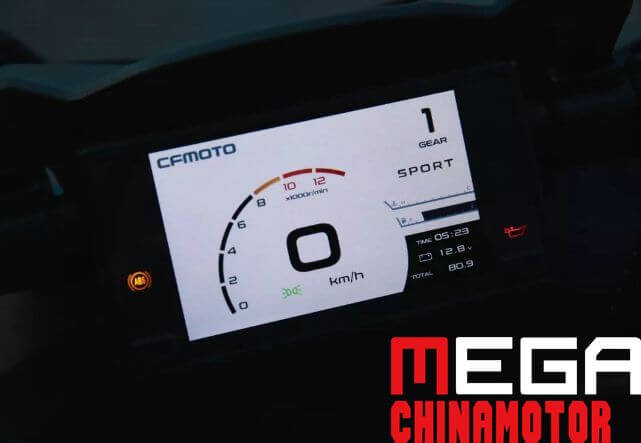 To conclude
While the bike has a lot of touring optimizations, riding it feels more like riding a sportbike. First, the suspension system is adjusted similar to that of 400NK — more suitable for a sportbike. The front vertical shock absorber is a little hard, which may be due to the positioning of the bike and the pre-positioned gravity center — more pressure is at the front when applying the brake, so the front suspension’s spring and damping are adjusted harder to support the front weight. However, although the rear shock is adjustable for pre-load and rebound damping, it is also very hard. It is ok for a single rider, but when there is a passenger, without side boxes, there is an obvious vibration from the shock at the pillion seat. It is not so comfortable for both the rider and a passenger.
With a good riding triangle, although the bike weighs 211kg, the steering is flexible. 400GT’s motive power is still at above 7000rpm rotations, but with the change of the end gear ratio, the bike has a better performance in initial acceleration and climbing. It can easily conquer the slopes even with a pas-senger. Of course, such a large tooth ratio is bound to sacri-fice the top speed, but it is reasonable and acceptable for a touring bike. The heavy weight does have some effect on the engine performance.

The braking system is reliable. The front brake is more pow-erful than that on the 400NK. When there is the rider and a passenger, they feel resonance at about 5000rpm, vibration mainly on the pedal and the seat. The vibration gradually decreases at 6000to 7000 rpm. 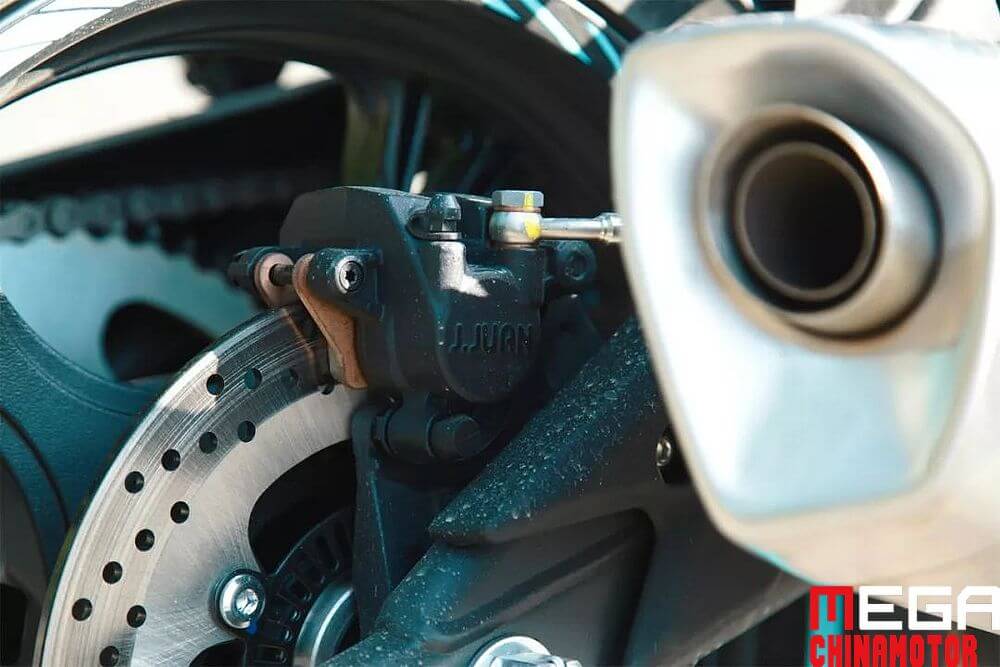 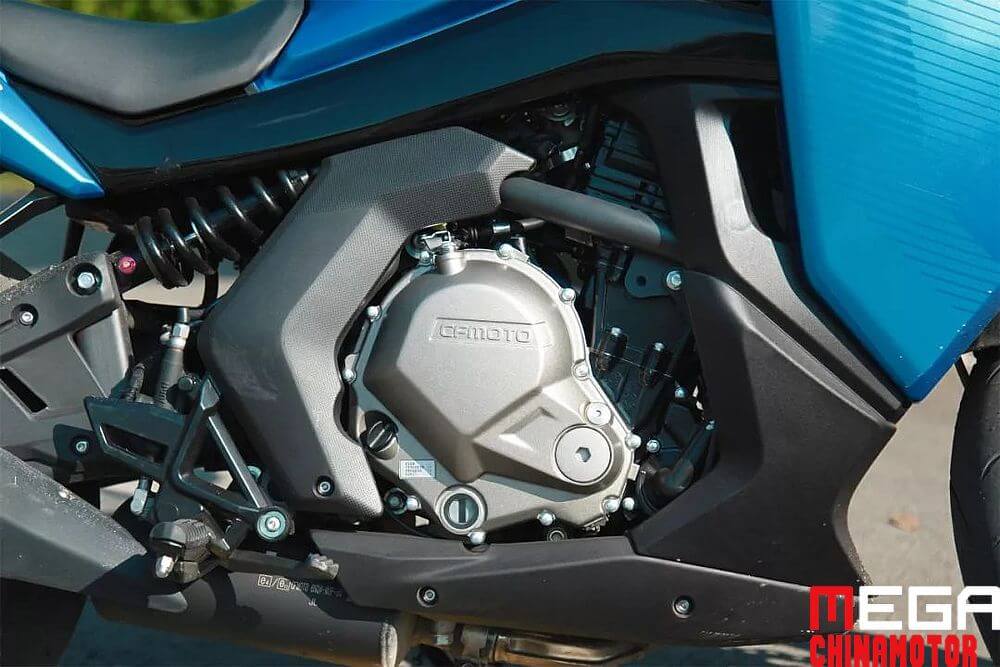 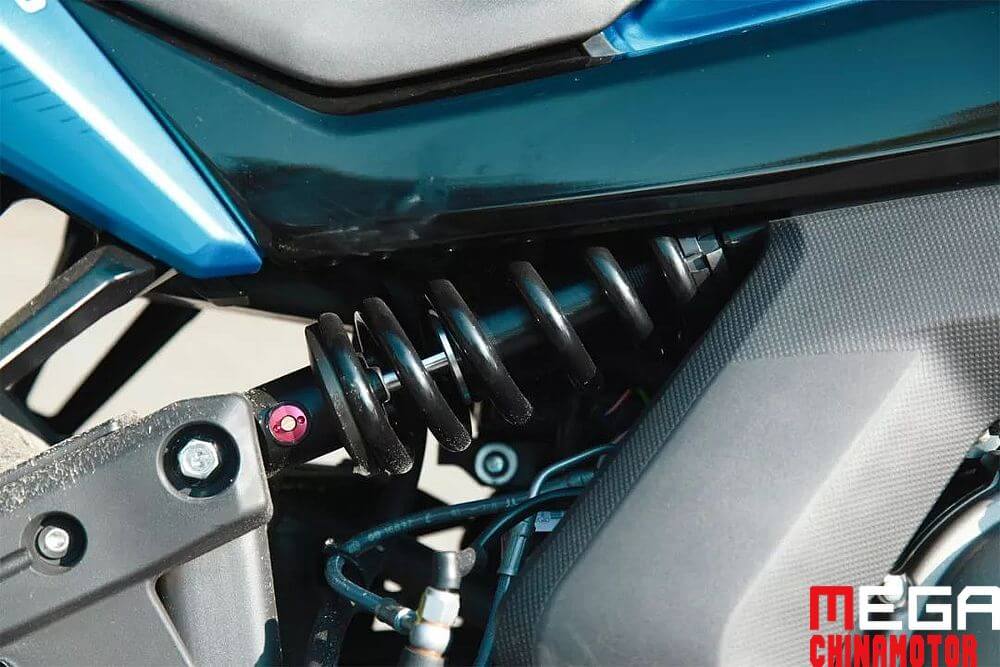 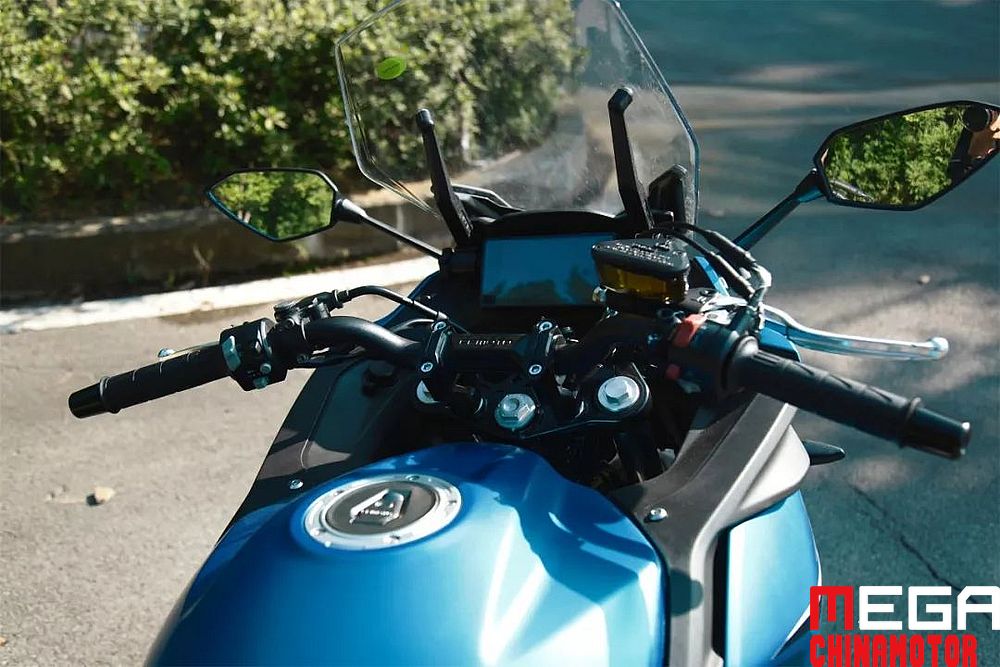 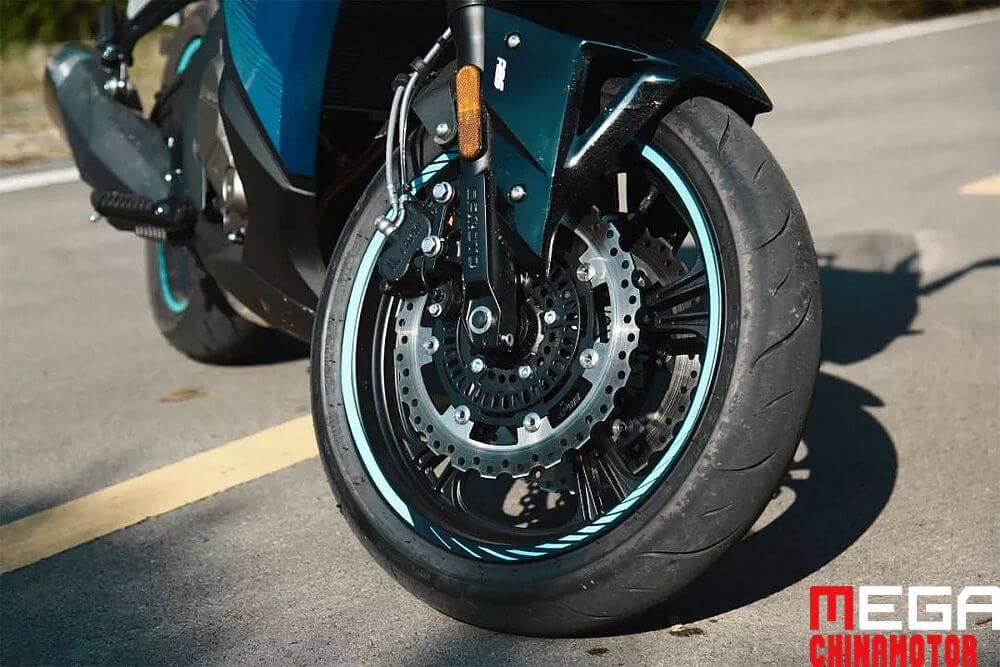 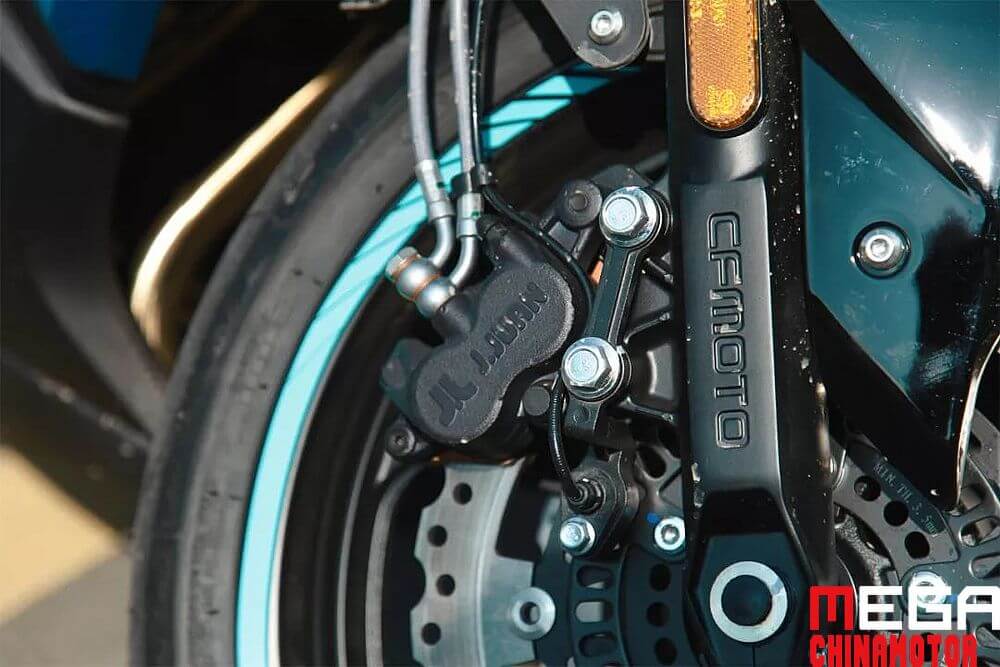 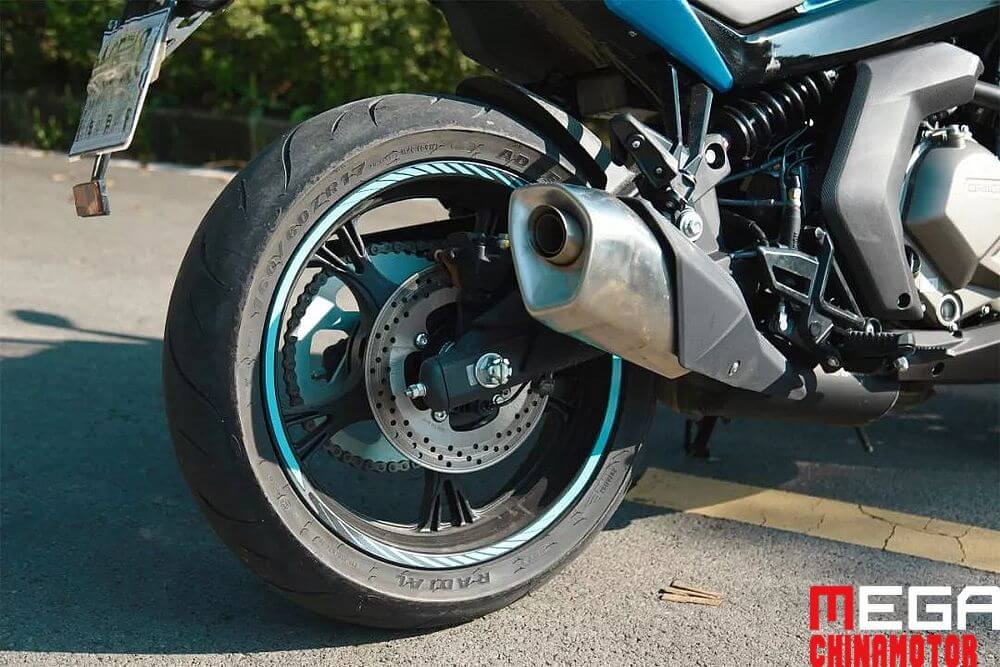 CFMoto takes the lead in launching a medium-dis-placement road sport touring bike while other do-mestic manufacturers focus more on ADVs. This is CFMoto’s serious attitude and choice. After all, a touring model is more friendly and comfortable than an ADV that suits the unsealed road. According to CFMoto, handlebar and saddle heating function as well as cruise control will be added to 400GT as needed. We hope the launch of 400GT will set off a wave of sport touring bike in China. (Source: WeChat: MTC-CHINA)