On May 27, the China Motorcycle Industry Summit, hosted by China Chamber of Commerce for Motorcycle was officially opened in Beijing. With the theme of “New Opportunity, New Challenge, New Development”, the summit aims to promote the high-quality and sustainable development of China’s motorcycle industry. More than 150 experts, leaders and media representatives from domestic and foreign economic fields, motorcycle manufacturers, industry associations attended the summit. 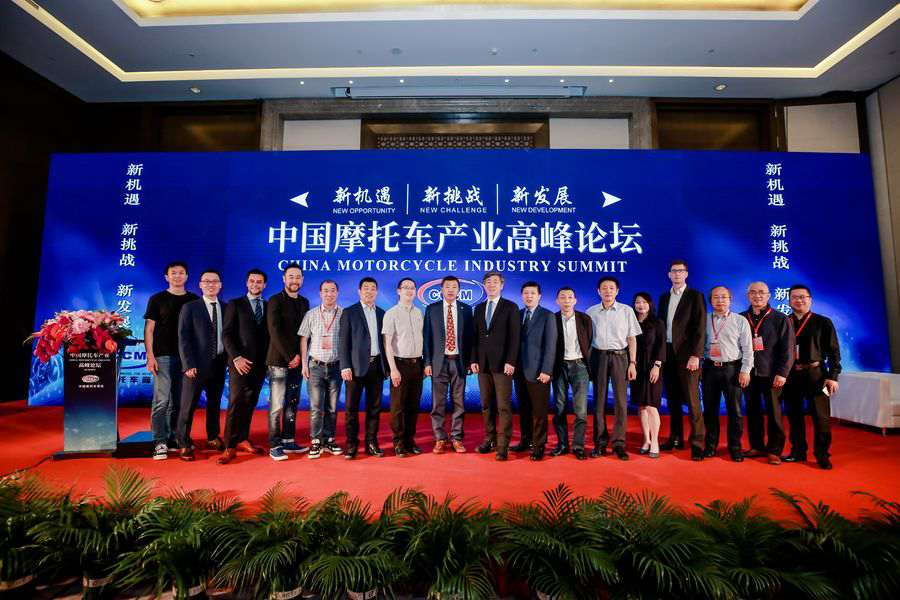 The summit was first addressed by Ji Ou, the head of motorcycles of the Light Vehicle Compliance Department of the Environment of Supervision Center of the Ministry of Ecology and Environment. He said that while China has maintained steady and rapid economic development, the environment has improved and PM2.5 concentration has continued to decline. The government has attached great importance to the prevention and control of atmospheric pollution to the public and promoted the overall growth rate of atmospheric pollution control. At present, the type of atmospheric pollution in China has changed from industrial pollution caused by coal burning to pollution caused by motor vehicles. Motorcycles are still an important target for the control of mobile sources. Recently, the country has introduced the emission pollutant recall policy, which plays a great role in reducing the emission level of motor vehicles and providing emission protection effect. The opening demonstration of the fifth stage of the motorcycle emission standard has been completed, the preparation of the standard text is under way and the standard is scheduled to be completed in 2022. 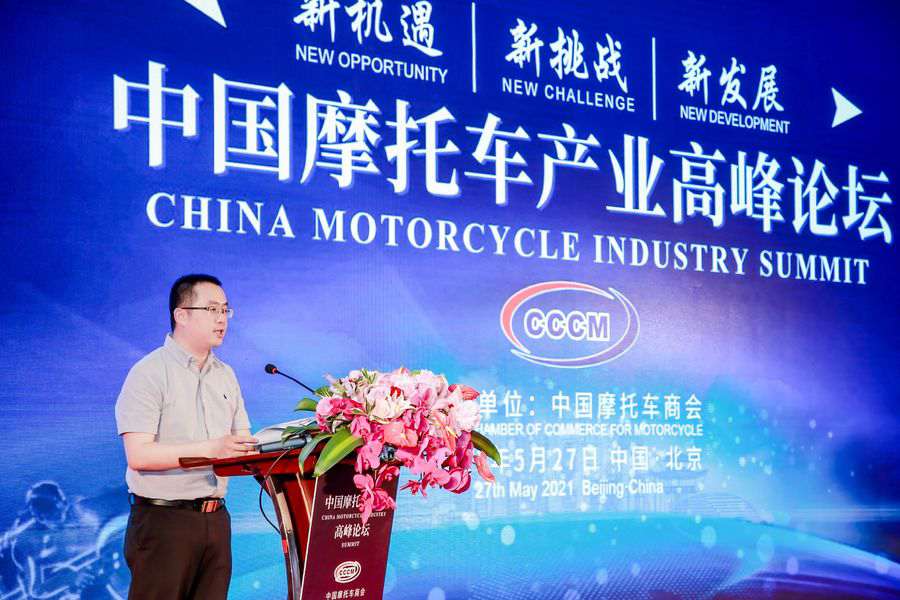 Professor Li Daokui, Dean of the Institute of China Economic Ideology and Practice of Tsinghua University, said in his speech that the motorcycle industry is developing very well now. Motorcycles, including electric two-wheelers and tricycles have great growth potential, but how to release the potential needs our joint efforts today. The Fourth Five-Year Plan and 2035 Development Goals have put forward many new ideas and measures, emphasizing innovation, releasing domestic demand, reducing carbon emissions, expanding opening-up and the other aspects related to motorcycles. At present, there is a relatively balanced development pattern in the motorcycle industry including domestic and overseas, big and small displacements in the domestic market, urban and rural, and electric vehicles have also developed towards high-end oriented models. At the same time, he pointed out that the industry is facing the emerging developing countries’ low-cost competition and many tests such as core technology R&D, which requires the industry to prepare in advance. Li Bin, Executive Vice President of China Chamber of Commerce for Motorcycle，delivered a keynote speech on Opportunities and Challenge-The Current Situation and Future of China Motorcycle Industry. He said that in the past two years, people have paid more attention to personalized travel methods. China’s motorcycle production and sales have increased significantly and the market has recovered. However, it has still faced many challenges such as carbon emissions, the integration of industry and Internet and the policies. From the perspective of future development direction, China motorcycle industry will pay more attention to the dual-cycle development pattern at home and abroad, the products’ R&D will tend to develop in an environmentally friendly, efficient, convenient and personalized direction. At the same time, we will seize the opportunity of Internet development, gradually promote the intelligence and networking of products, so that motorcycles can effectively integrate with future smart transportation and smart cities. 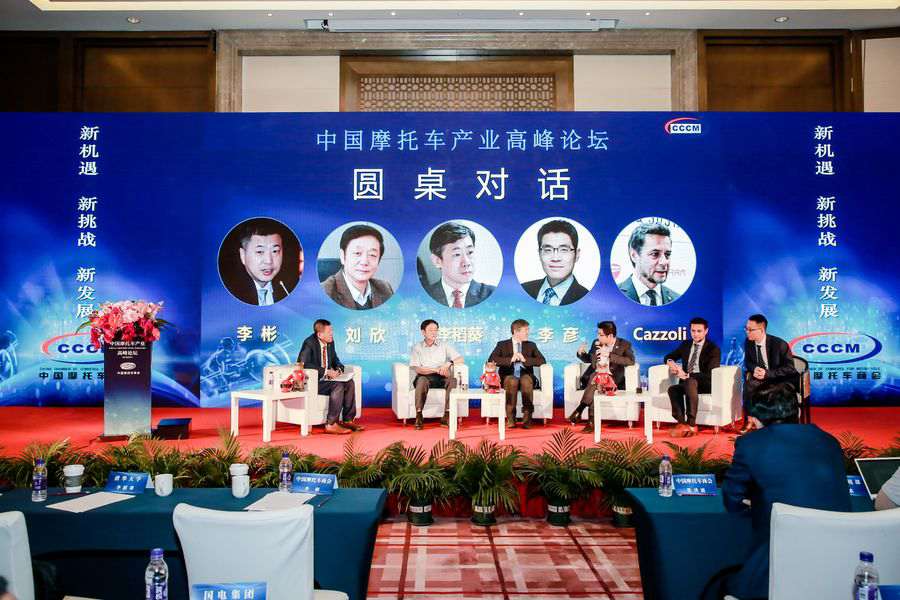 Mr. Oliver Porter, Chief Engineer of Ricardo Shanghai Technology Center and Ms. Liu Fang, Ricardo’s Marketing Director of Chinese market and General Leader of motorcycle business brought a keynote speech to the conference on the theme of Leading and Driving The Future, aiming to the advanced ideas on the elaboration such as forefront of the future development of motorcycle, electric and fuel vehicles’ integrative development, products research and development of the overall design, which had found echoes among the guests. 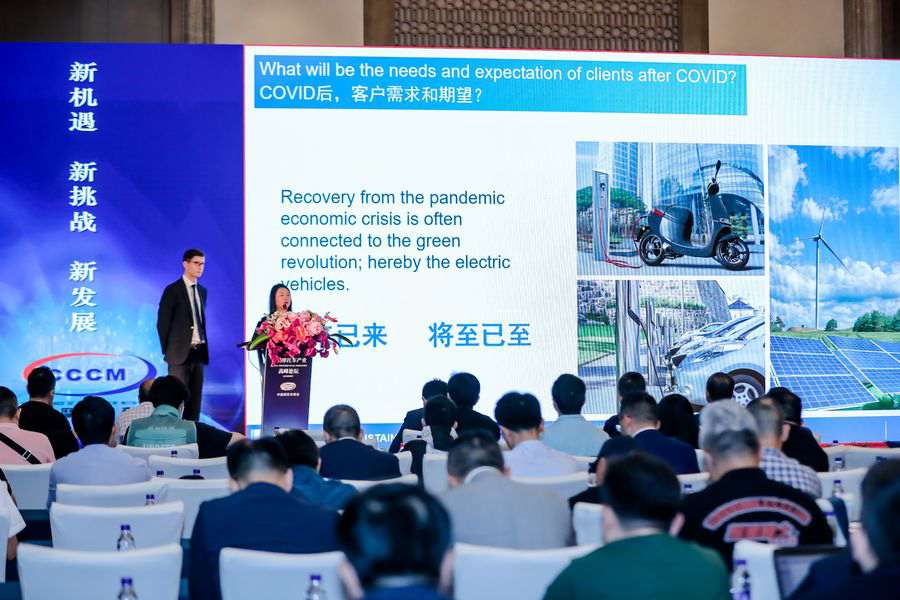 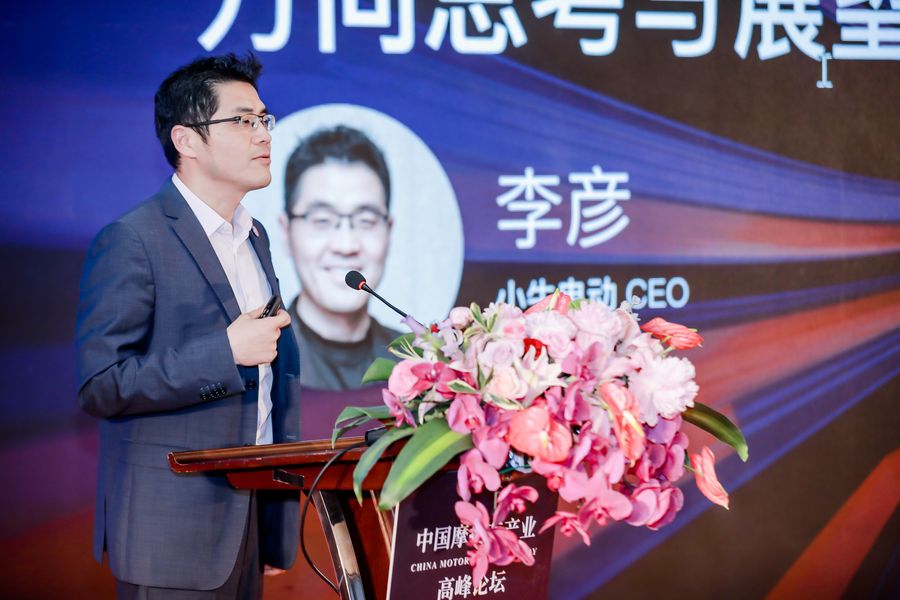 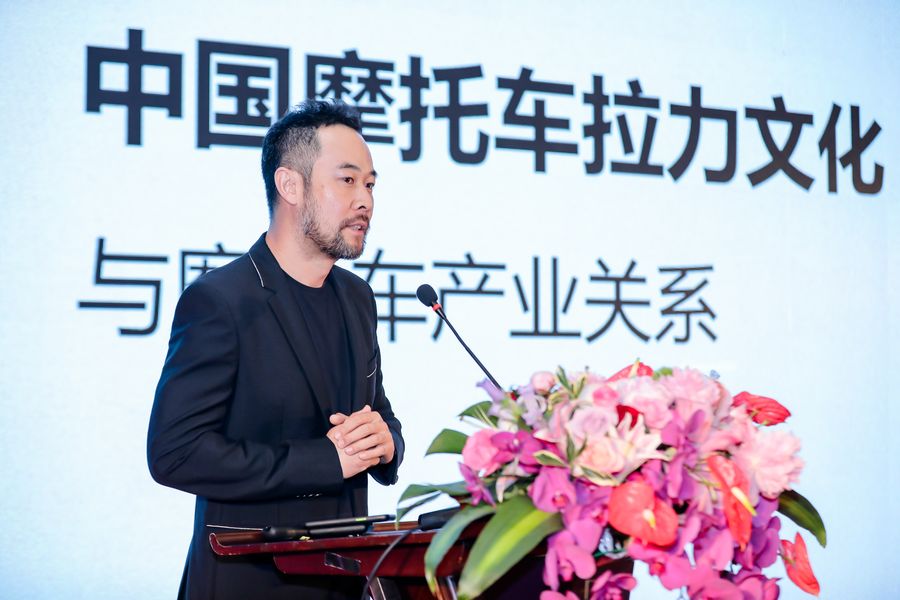 Zheng Jinpin, Vice General Manager of the industry department of CFMOTO, put forward some valuable views on the development direction of China motorcycle market from the perspective of enterprises. He said that the younger generation is becoming the main force of motorcycle consumption, and high-end recreational models have become a new growth point in the first-and second-tier cities. 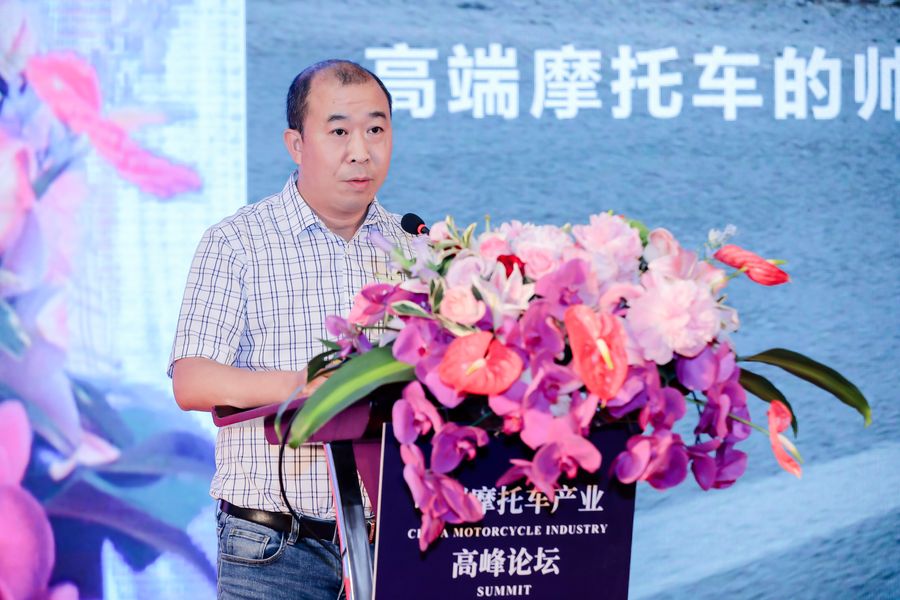 Dr. Chai Maorong from the State Power Investment Corporation Limited gave a speech entitled The Hydrogen Energy Society is quietly coming, and expounded in more detail the development status and direction of hydrogen energy in China. In the near future, hydrogen energy will become a new energy with great economic and social effects, which will be widely used in automobiles and motorcycles. 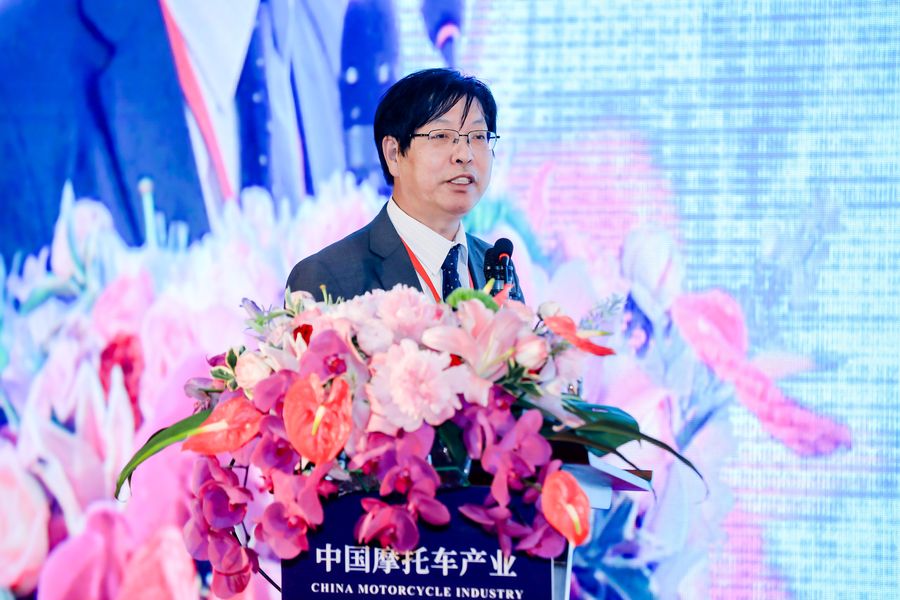 Cazzoli Fabrizio, General Manager of DUCATI China, showed the motorcycle culture and lifestyle represented by DUCATI in his speech. He said that the policy, security, communication, social responsibility, entertainment and lifestyle have together constituted the circle of motorcycle culture. In addition, DUCATI also made outstanding contributions to the charities. 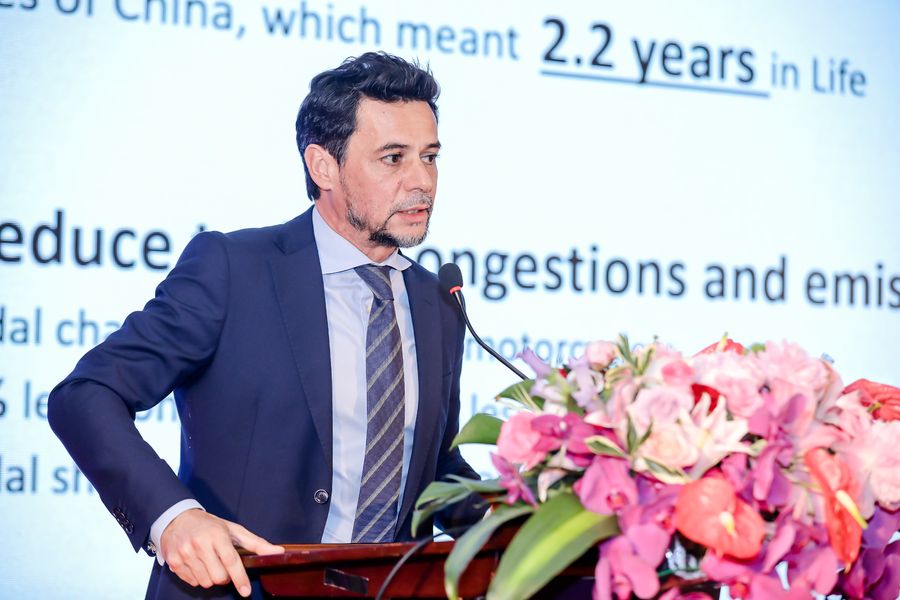 Wang Jianqiang, General Manager of the motorcycle department of JD, took JD as an example to expound the development process of motorcycle e-commerce. The Internet will gradually play a greater role in motorcycle marketing and brand display. 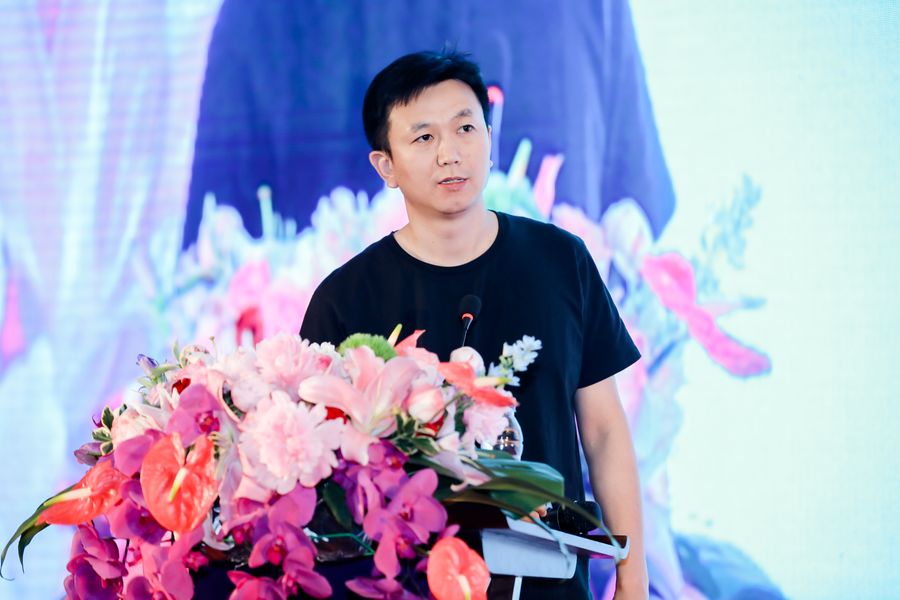 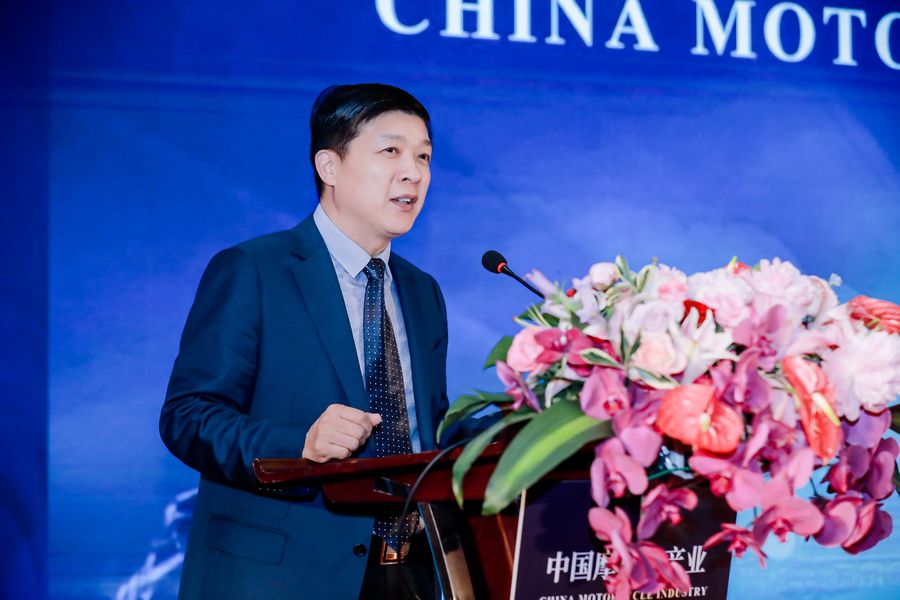