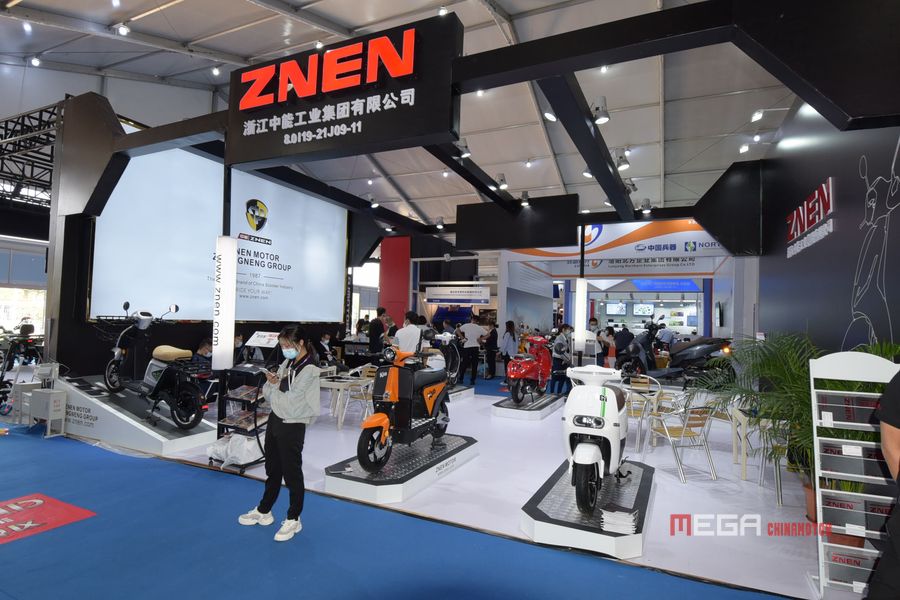 October 14, 2021
Posted by: chinamotor
No Comments 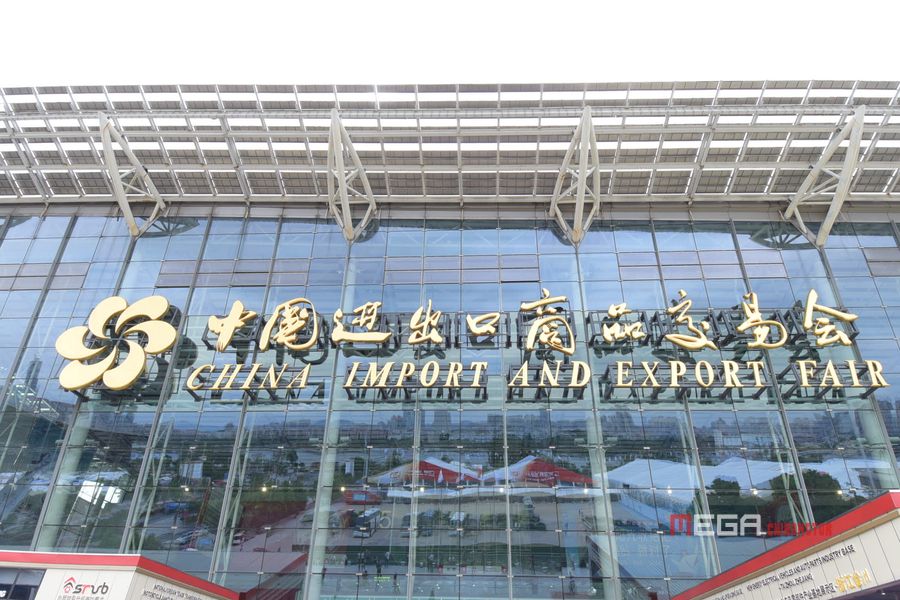 Today we are coming to the ZNEN ’s booth. There are many models here. The Coral and the E-H7 are its new models.

First, the Coral is equipped with the series of LED lights including head lights, turning lights and rear lights. Its instrument is digital. The tire size is 16 inch with CBS. The new model’s main selling market is Europe. 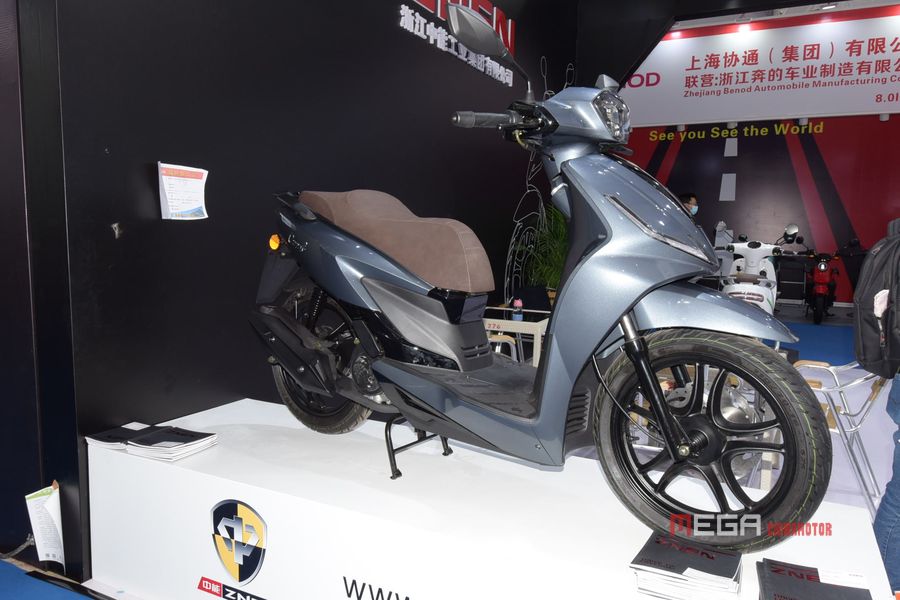 The other product is a new energy bicycle named H7. It carries lithium batteries. It is positioned as a bike for delivery because of its special back seat design for carries. The main selling market is also Europe. 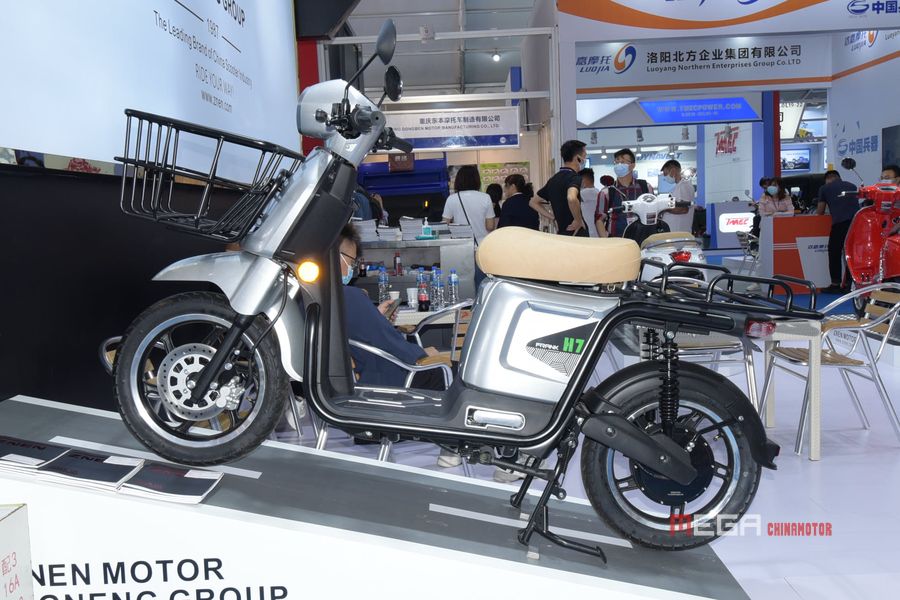