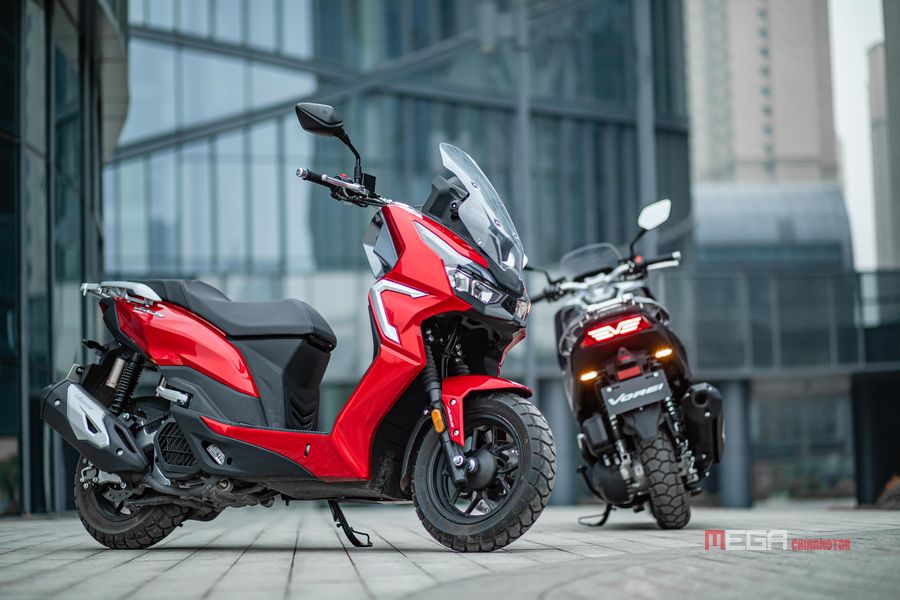 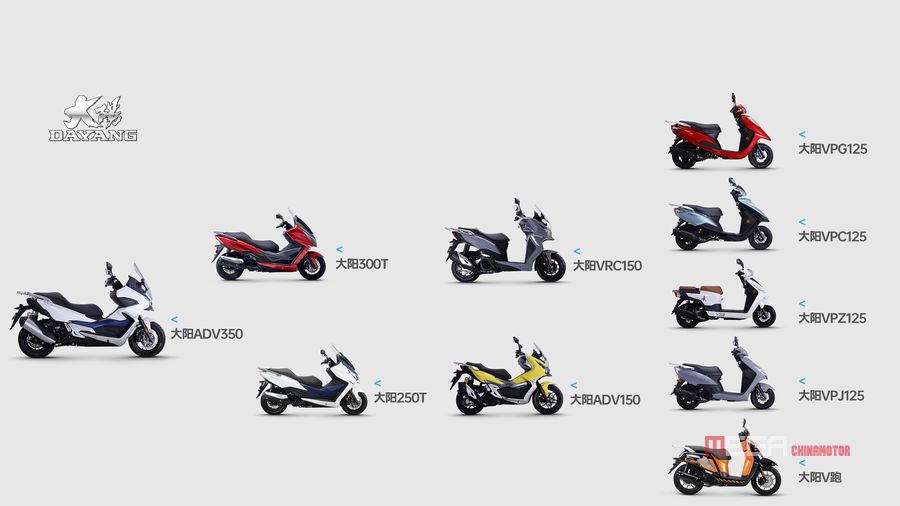 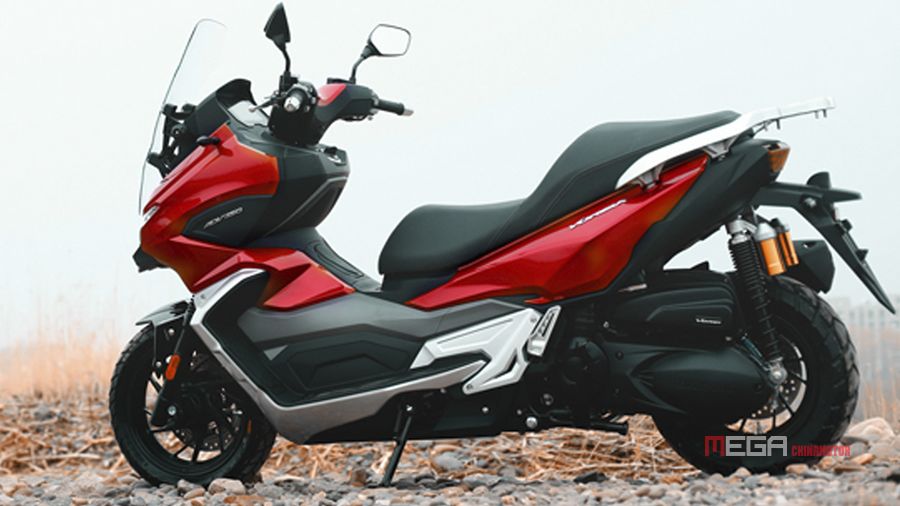 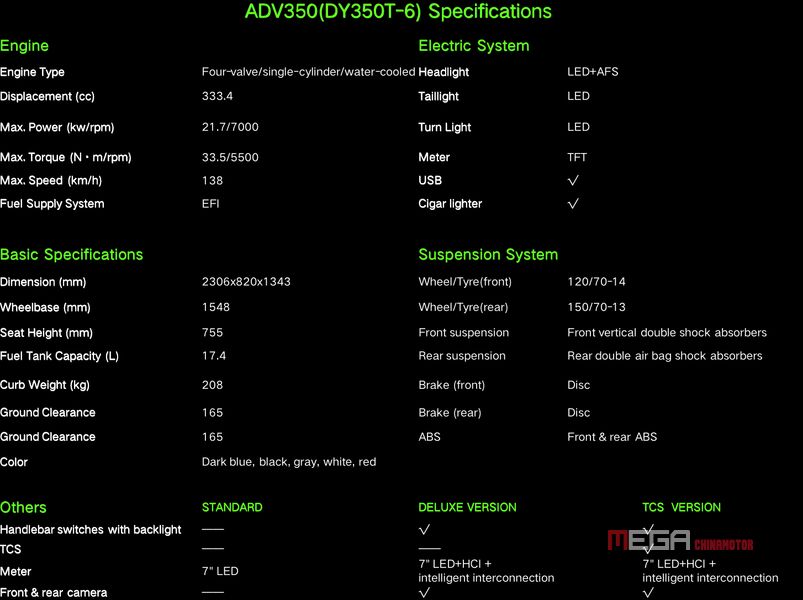 Another key model is the new VRC150. Although it is newly launched, the VRC150 is actually the scooter version of the DAYANG ADV150, which combines the tough appearance of an ADV and the practicality of a scooter. Another highlight of the VRC150 is its engine. DAYANG has optimized the Vi-Core power platform again and upgraded it to Vi-Core 3.0 version. The Vi-Core platform integrates oil-electric hybrid, idle start-stop, silent start, and fast charging technologies. The main upgrade of the 3.0 version Vi-Core engine is that the acceleration time (hybrid power) has been increased from 6s (2.0 version) to 10s. When the vehicle starts or accelerates suddenly, the motor works to improve the acceleration performance and smoothness. It is worth nothing that the VRC150’s wheel hubs have been changed to 12 inches instead of front 14 inches and rear 13 inches on the ADV150 to suit more users. According to different configurations, the VRC150 has 3 versions, the domestic price for the standard version, the Core version and the Pro version is 15,790 yuan, 16,790 yuan and 19,790 yuan respectively. 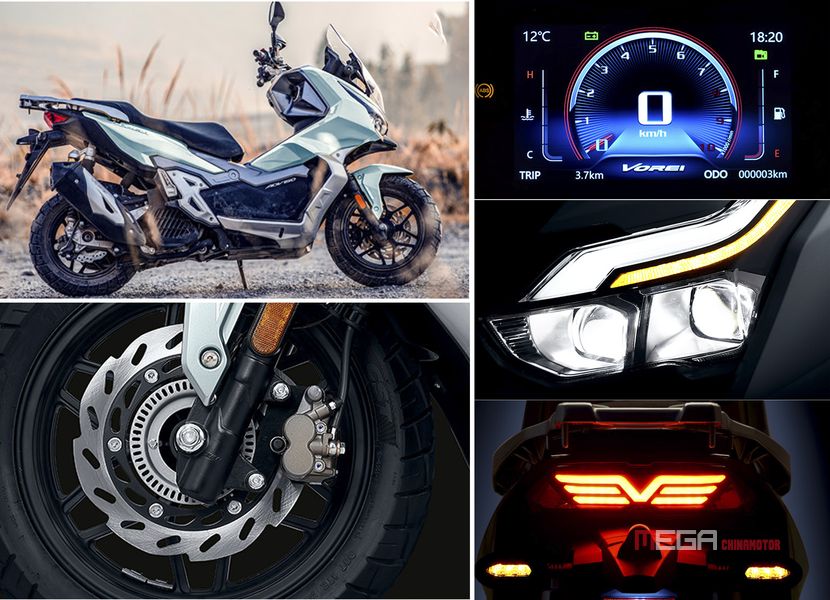 This press conference also revealed the upgrade of ADV150 and VOREI 150. DAYANG ADV150 Core version and PRO version, which were previously equipped with the vi-Core power, have been upgraded to the Vi-Core 3.0 engine. Compared with the original AV150 (1.0 version Vi-Core), the 3.0 version is significantly more cost-effective. The ADV150 also has three versions, the domestic price for the standard version, the Core version and the Pro version   is 15,990 yuan, 16,990 yuan and 19,990 yuan respectively. 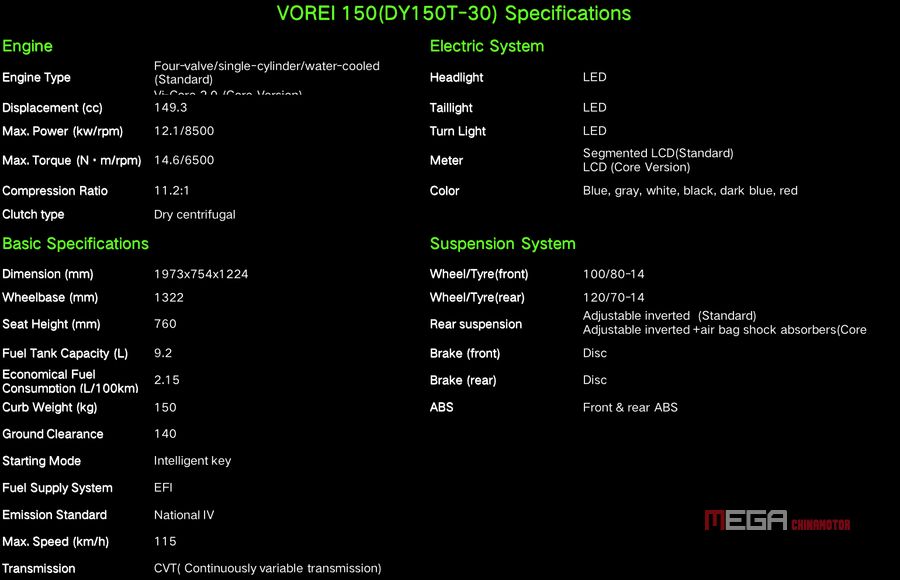 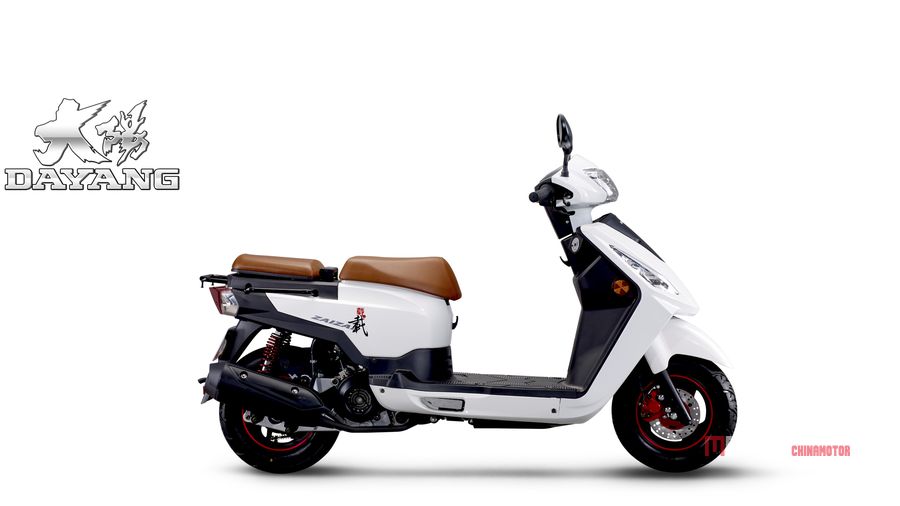 In addition, the press conference released five 125cc scooters. Among them, the VPZ125 with the Vi-core 2.0 power platform as a standard configuration is a major product. The 380mm pedal space and the pillion that can be folded into a backrest and rack make it a highly functional delivery use model. After the upgrade, the maximum power has been increased to 7.2 Kw, and the 7L fuel tank ensures its endurance. The price is still very attractive: domestic price at 8,980 yuan. 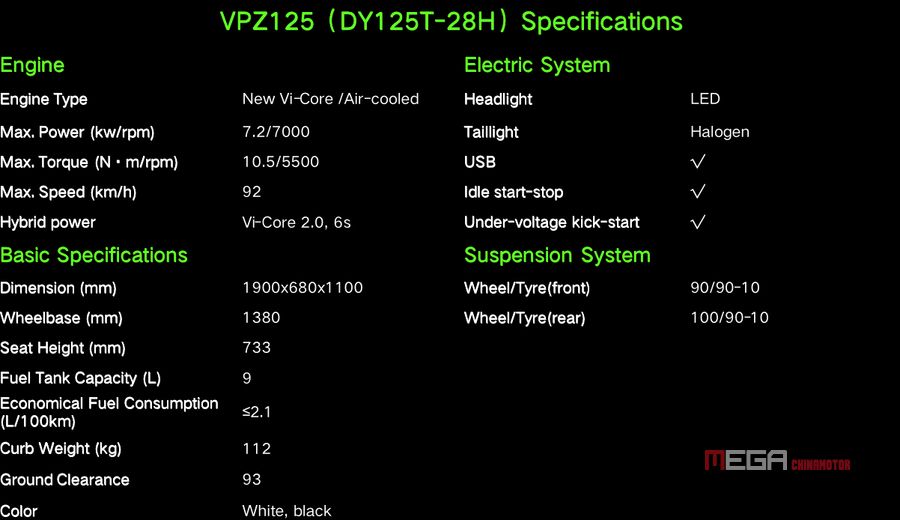 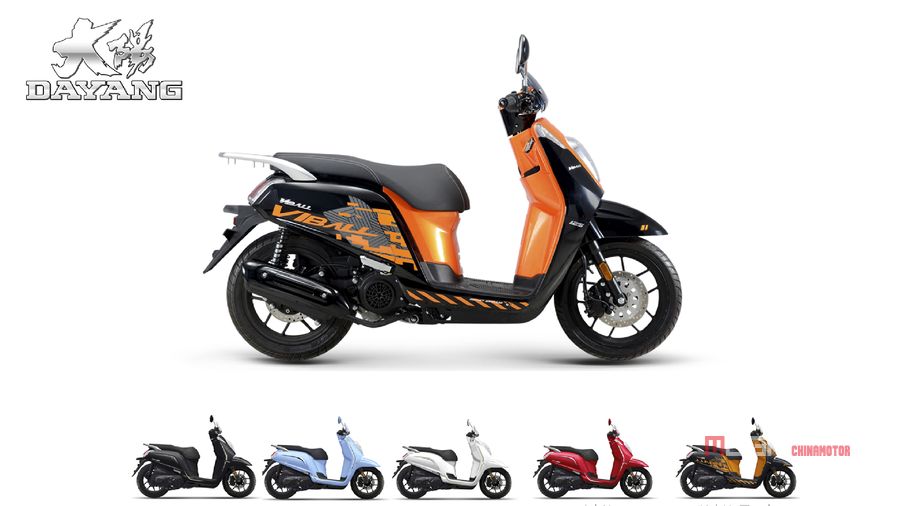 The other model is the European-style 125cc scooter with a large wheel diameter, which is also equipped with the Vi-Core 2.0 engine. The Viball 125 has 14-inch front and rear hubs. The fashionable retro appearance makes it stand out among a number of small scooters. The main configurations include LED lights, dual lens, and CBS, among others. According to different brake configurations, it is divided into three versions: the domestic price of the standard, comfortable, and deluxe versions is 9,990 yuan, 10,490 yuan and 10,990 yuan. Finally, there are three small scooters mainly for commuting use purpose, i.e., the VPG125, VPC125 and VPJ125. The three models aim to “let consumers enjoy high-tech commuting experience with the lowest cost”. They are equipped with the Vi-Core 2.0 power platform. They are basically the same in terms of hardware configurations, but the appearance design is different. 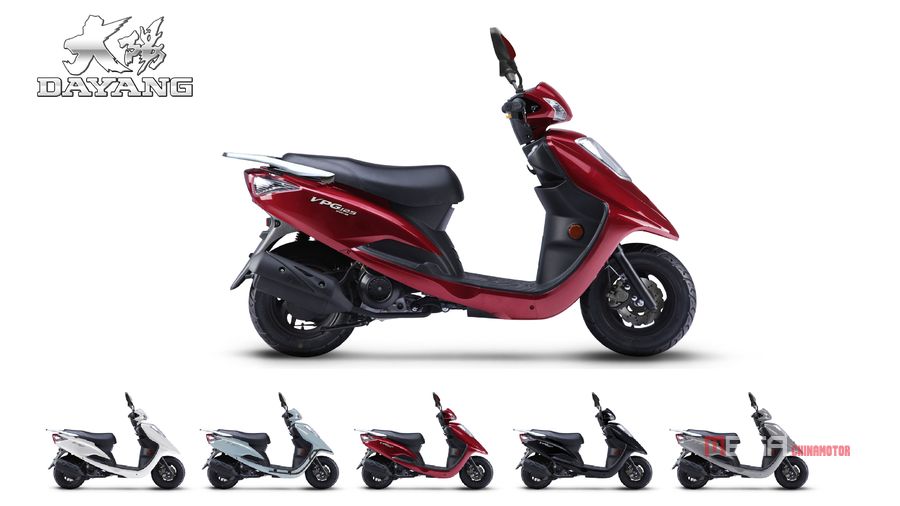 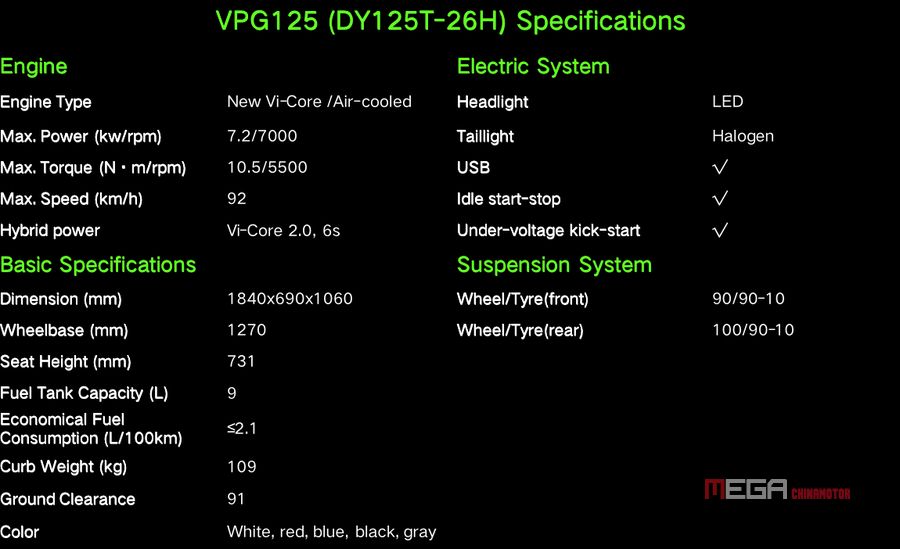 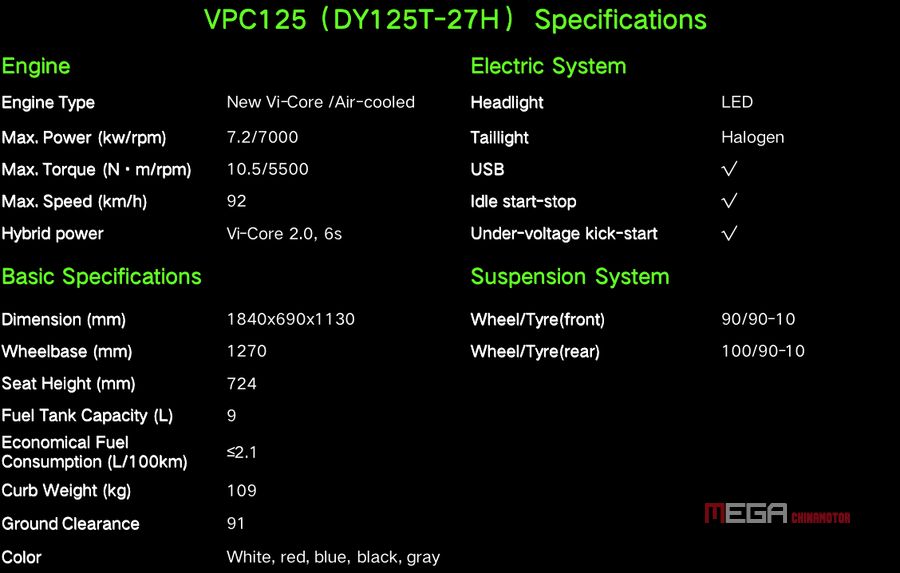 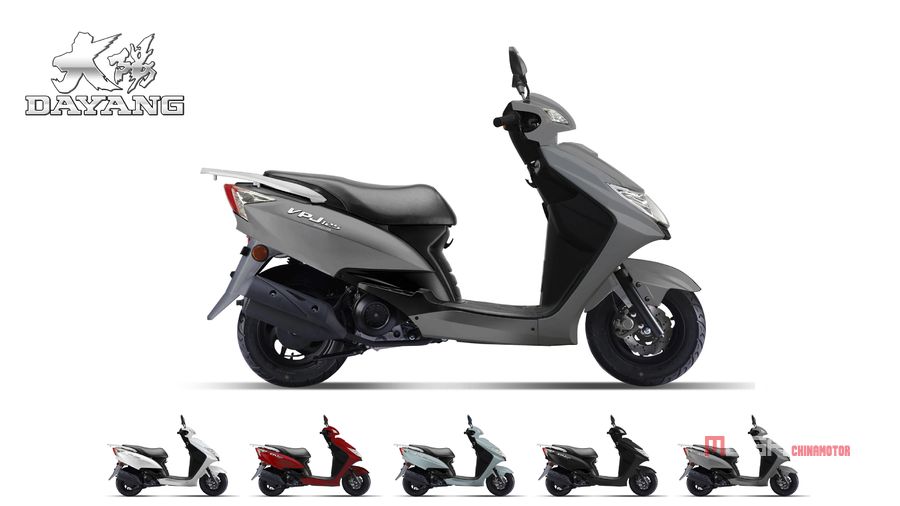 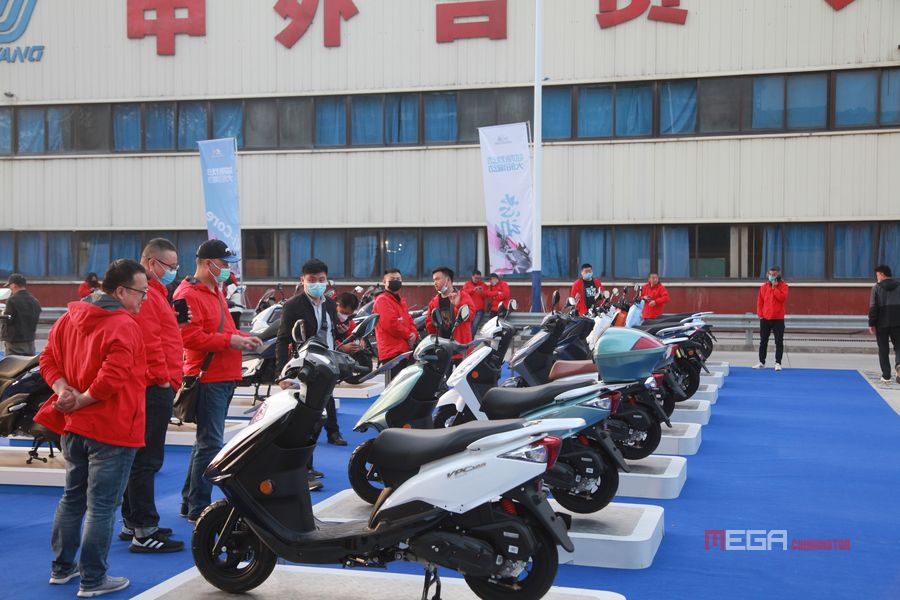 The nine new products released by DAYANG have their respective characteristics and varied power and configurations, so that consumers have more choices. We believe that DAYANG will continue to bring new surprises.