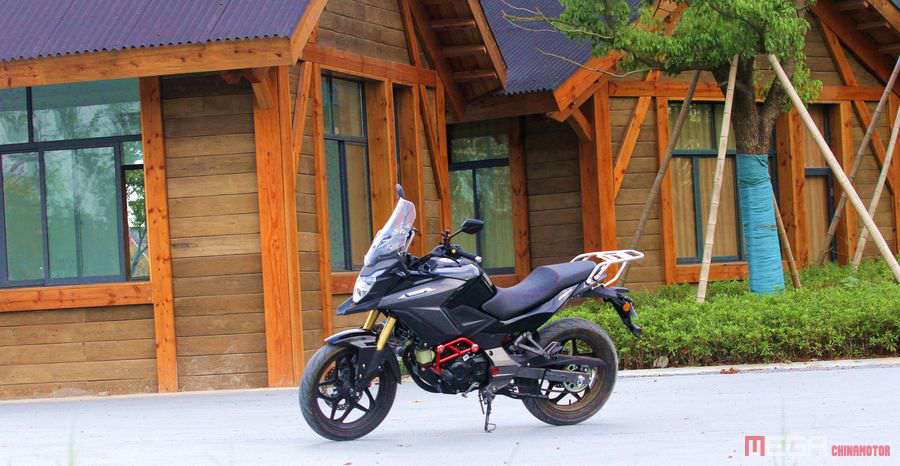 The entry-level small displacement rally model becomes increasingly popular, and Dayang TIMO200 has been widely praised after being launched to the market.

Similar to other rally bikes, Dayang TIMO200 has a sharp beak, big windshield, and 13-liter fuel tank to ensure a range of more than 400km. The high-end version has three aluminum boxes and anti-fall rod. TIMO200 looks like a pure rally bike. The body line is reasonable, the workmanship, welding, plastic joint of mechanical connections are great. The front and rear wheels are added with dynamic balance block.

The engine power explodes at low torques, while the ultimate speed was unsatisfactory, indicating that the rev adjustment emphasizes the low-torque performance, which is in line with Dayang’s positioning of light rally bike.

The engine power explodes at low torques, while the ultimate speed was unsatisfactory, indicating that the rev adjustment emphasizes the low-torque performance, which is in line with Dayang’s positioning of light rally bike.

The throttle is responsive and gear shifting is smooth. The body stability under high speed is also good. Although it is a 157kg rally bike, the body does not shake much while running at 100km/h.

According to official data, the fuel consumption is 2.3L/100m, and the theoretic cruising range is 400km with the support of a 13L tank. But during the actual violent riding (including rush hour in the morning, acceleration test, braking test, uphill and off-road riding), the tested fuel consumption is close to 3 liters. Although the actual fuel consumption is a little different from the officially claimed data, the bike easily ran 400km range, which is a virtue to long-distance motorcyclists. 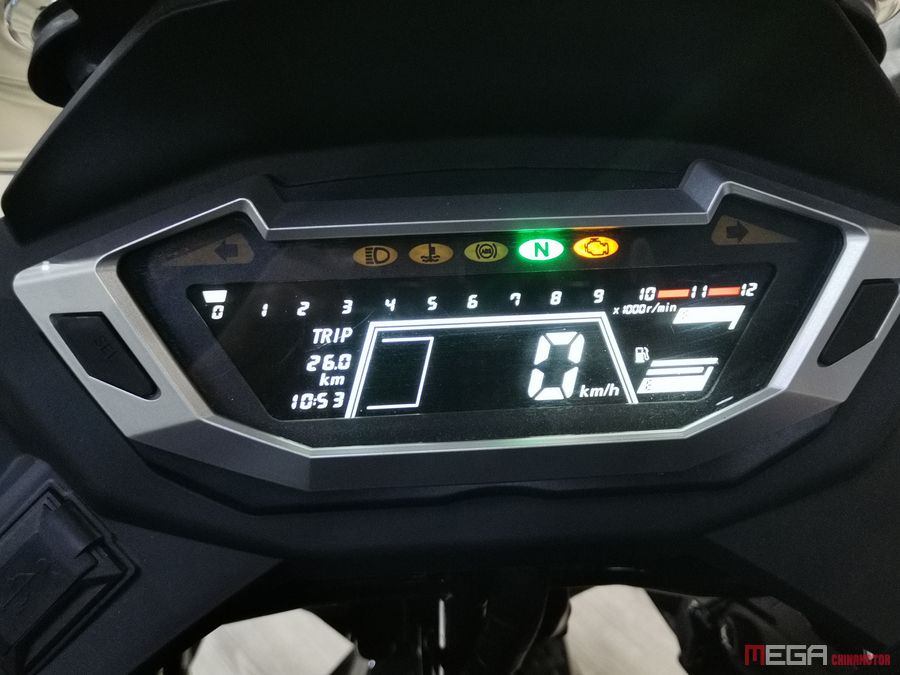 TIMO easily conquered a wild square of inch-thick small pebbles (unpaved surface), while a small scooter was completely stuck on this road.

The newly developed water-cooled four-valve engine has a meter speed reading of 0-106km/h. During the whole acceleration process, the vibration feeling at the handlebars, pedals and saddle was not obvious, which was also attested by the vibroscope: from idle speed to maximum throttle, the maximum vibration amplitude of handlebar was 0.037mm and 0.046mm respectively (only about 1/5-1/10 of that of most tested motorcycles); the vibration amplitude at the pedal was 0.063mm and 0.045mm respectively (the pedal vibration was slightly higher at the beginning but reduced as it speeded up). The vibration suppression stands out among the domestic 190cc-250cc single-cylinder models. 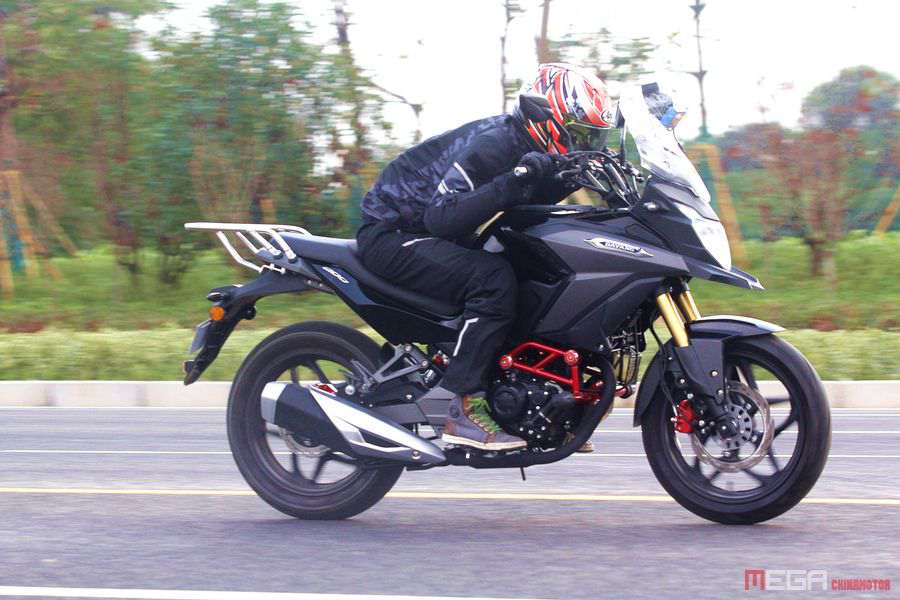 In addition, the noise control of TIMO is also excellent. The sound is soft, and the acceleration process does not produce strange noise. The maximum noise was only 104DB, which is equivalent to that of the mainstream 125cc scooters from joint ventures. Riding the bike on the highway, the rider felt no fatigue after one hour due to the comfortable riding triangle. It could quickly accelerate from 0 to 80km/h, and the engine responded fast before 8,000rpm. In addition, the bike performed well when it turned around or passed curves. The 157kg bike was agile at all times. 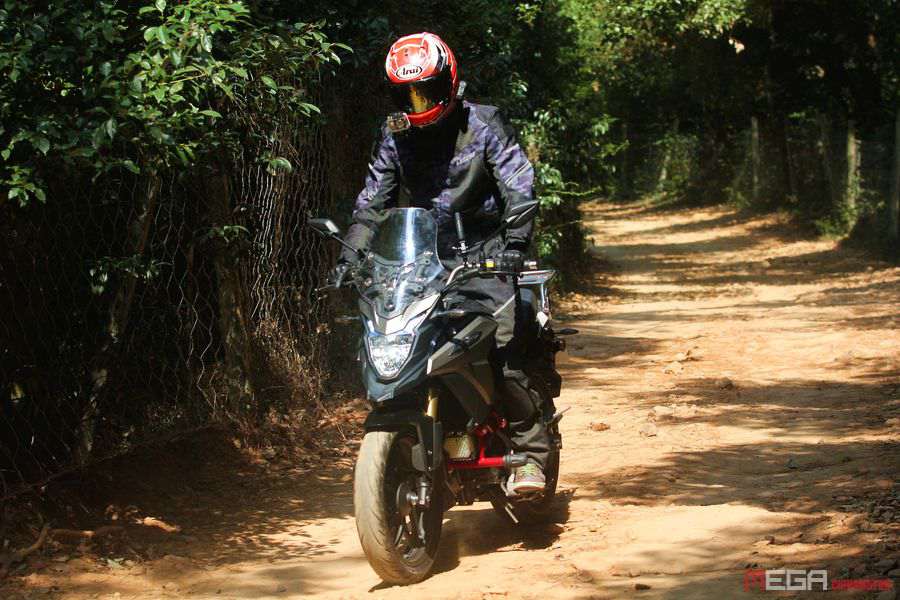 When it turned around, the functional and effective gears were from 3rd to 2nd and the speed was about 47km/h. At this time, the rev increased and it reached a maximum torque explosion of 6,000rpm. Passing curves (a lot of “S” roads) were all easy and smooth. The road holding of tire was good. Despite the repeated fast turning and braking, the body did not show instability or insufficient grasp of the tires. The highway performance was satisfactory.

There was a hill road (a slope of 25°) of a few hundred meters, with small stones. when entering the unpaved road, it did not feel so comfortable while passing road sections with potholes and stones since the front shock absorber was adjusted a little hard for highway riding. But the abundant low-torque output came quickly to allow the bike to get out of trouble in time. This set of road tire was obviously not so adaptive to bad road conditions. If the bike is used for long-distance motorcycle travel, the tire is suggested to be changed. 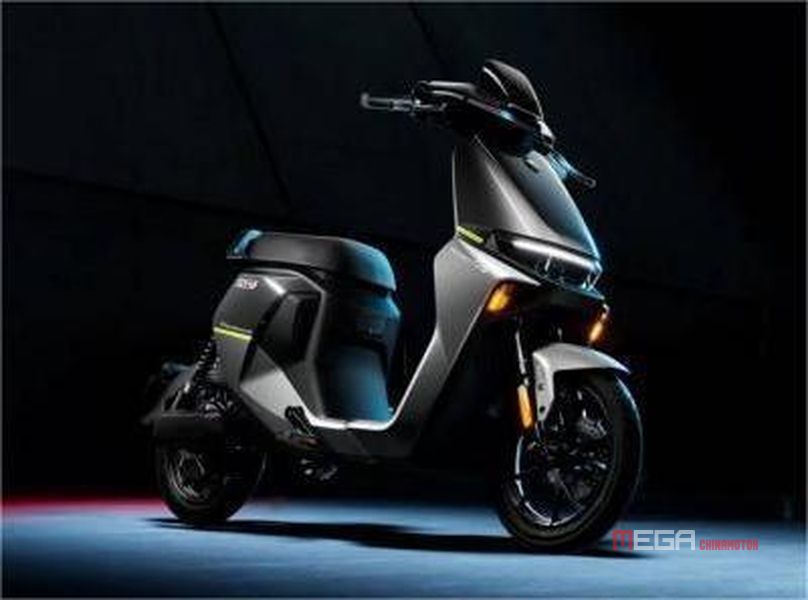 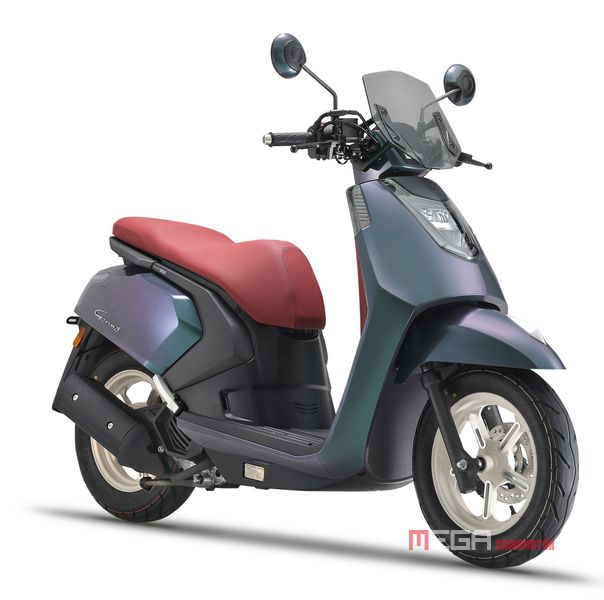 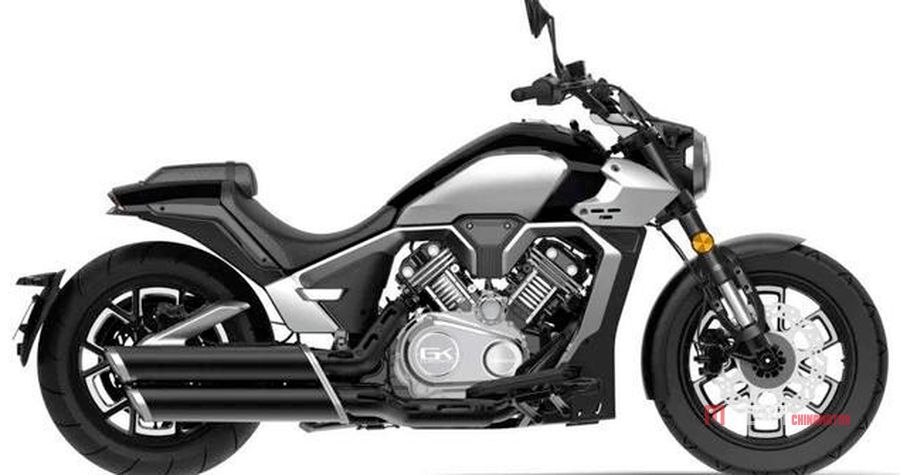