Export Of Motorcycle Enterprises In The First Half Of 2019 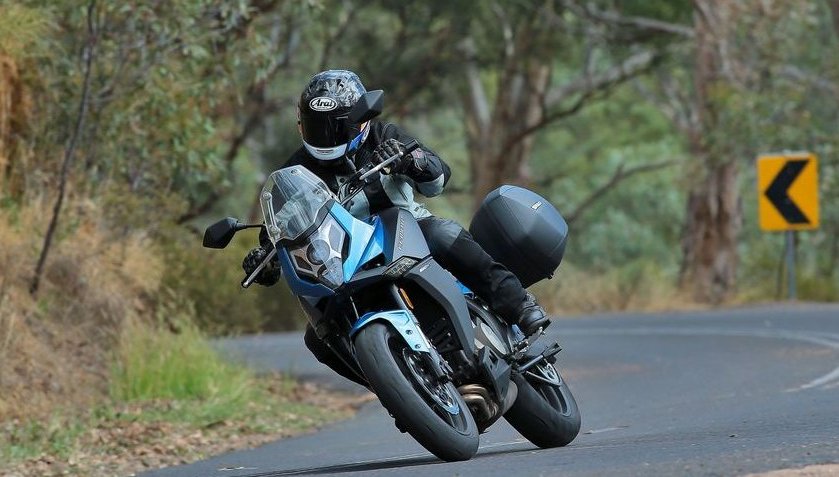 February 26, 2020
Posted by: chinamotor
No Comments

Export from January to May

According to the statistical analysis of China Association of Automobile Manufacturers (“CAAM”), from January to May 2019, the top ten enterprises in motorcycle export are Loncin, Dachangjiang, Yinxiang, Zongshen, Honda-Sundiro, Lifan, Wuyang-Honda, Dayun, Haojin and Astronautic Bashan. Compared with the same period last year, the export volume of Dachangjiang and Yinxiang maintained rapid growth, while other enterprises declined. From January to May, the above-mentioned ten enterprises exported 1,701,900 motorcycles, accounting for 59.80% of the total export volume.

According to statistics of CAAM, in June 2019, the total export value and volume of motorcycle manufacturers decreased slightly month-on-month, with a significant year-on-year decline. 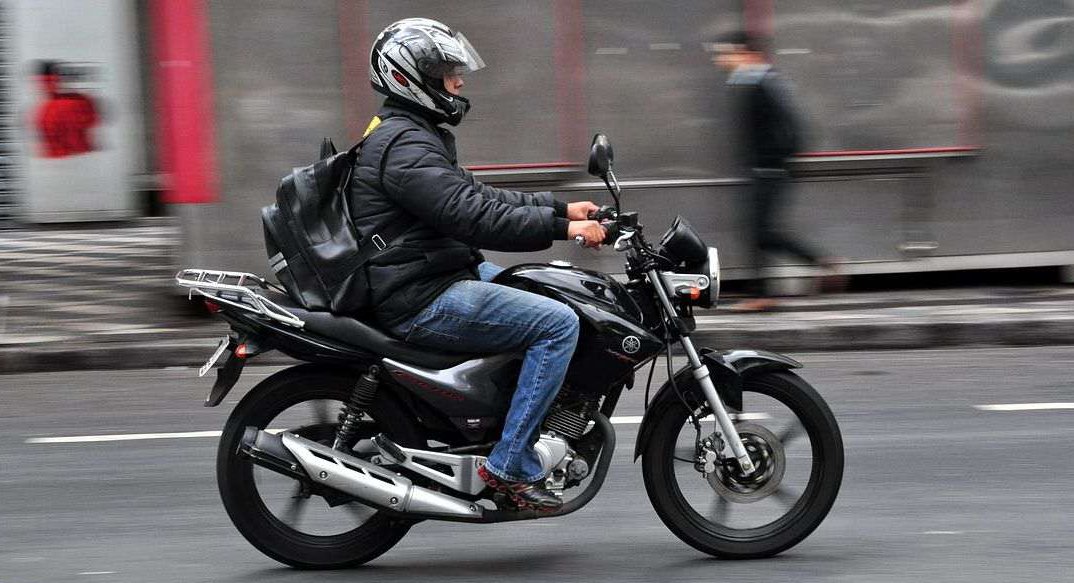 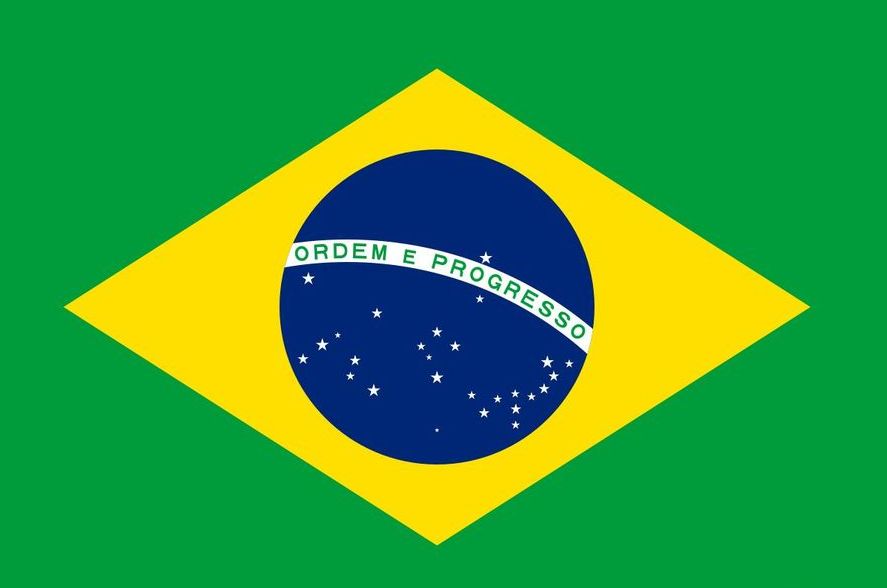 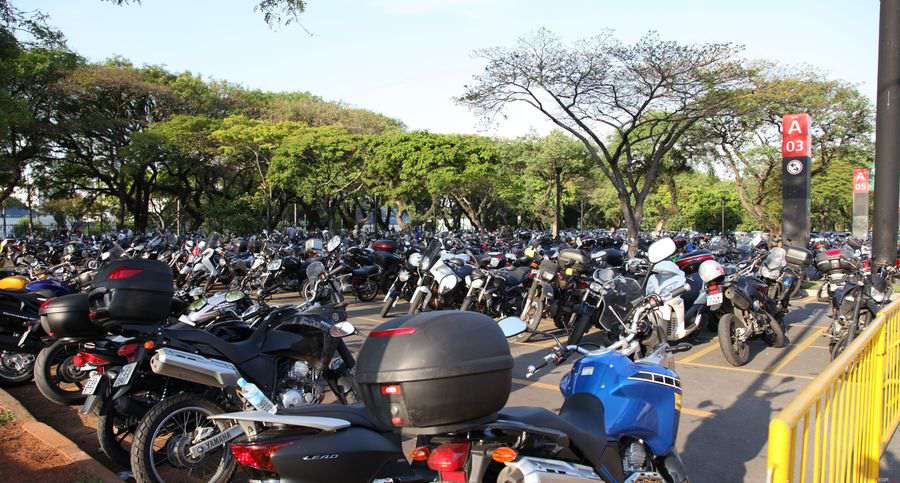 Honda occupies 87.2% of the total market share of complete motorcycles in Brazil, Yamaha take up 11.4%, Confave takes up 1.0%, and the rest of the market is divided by imported products and other Brazilian products. At present, the total number of motorcycles in Brazil is about 4.5 million units, among which 20% are used for enterprise documents delivery or restaurant take-out delivery. Thses motorcycles mainly are small and medium-sized standard motorcycles and large off-road models as 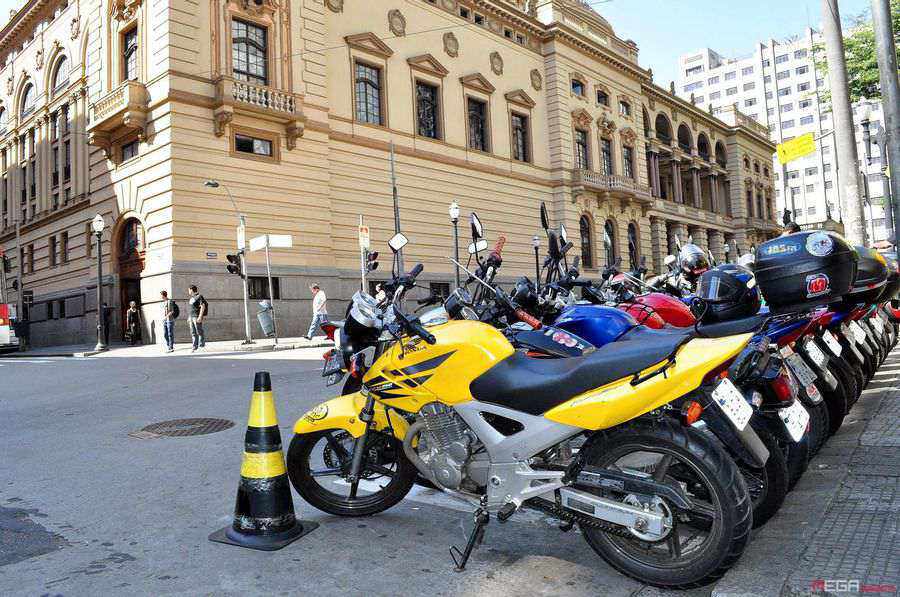 well as recreational models. Brazil is the world’s fifth-largest motorcycle market, with a sales growth of about 40% in recent years.

The sales growth of Brazilian motorcycle market is closely related to economic development. Brazil’s motorcycle price growth is much lower than the consumer price index rise, which indirectly led to the growth of motorcycle sales. Motorcycles are now outselling cars in northern and northeastern Brazil.

The Brazilian motorcycle market is large and developing rapidly, and the annual sales is expected to reach 1.6 million to 2 million in the next five years. But Brazil’s own productivity is woefully inadequate, and the market is largely supplemented by import, so Brazil encourages foreign investment and localisation of overseas-funded enterprise. Of the 49 Chinese motorcycle brands currently sold in the Brazilian market, only 13 have established local factories, while the rest are imported or assembled in Brazil using 100% imported parts. 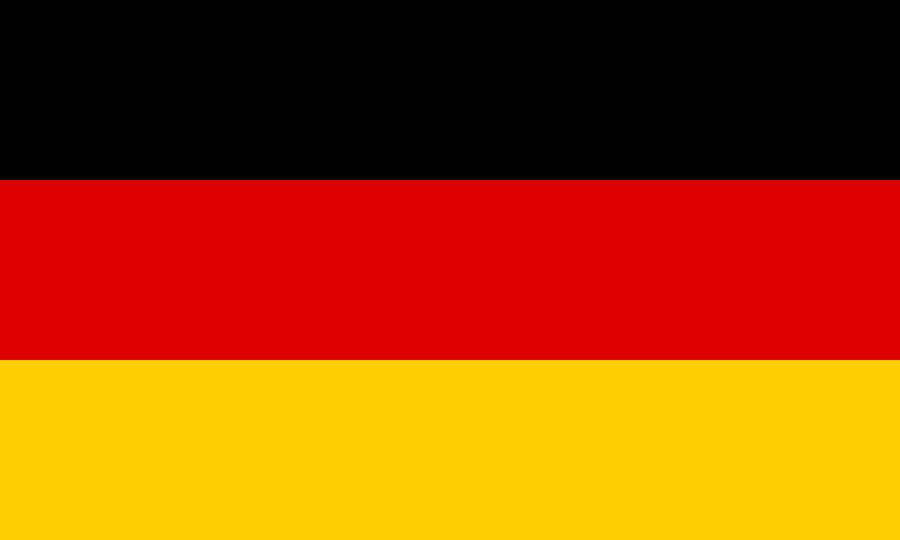 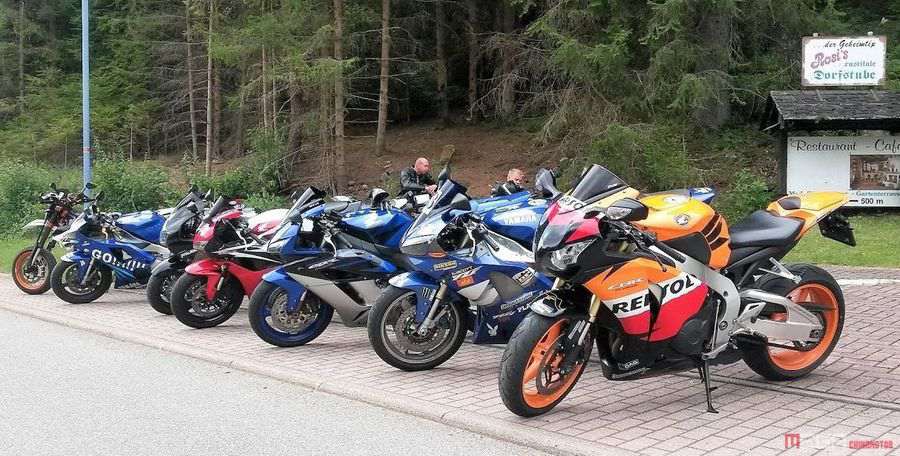 Germany has the largest highway network, totaling 11,309 kilometers, most of which have no speed limit, so there is a much higher percentage of large-displacement models than other European countries. As oil prices rise, smaller motorcycles and electric models are gaining popularity in Europe. In addition, Germany has nearly 3,500 motorcycle dealers, of which 2,000 are located in or within 300 kilometers of Cologne.

According to statistics, Germany has nearly 3 million registered motorcycles, of which more than half (1.5 million to 2 million) are registered in or within 300 kilometers of Cologne. There are also nearly 6 million people in Germany who have obtained motorcycle driving licenses but do not have a 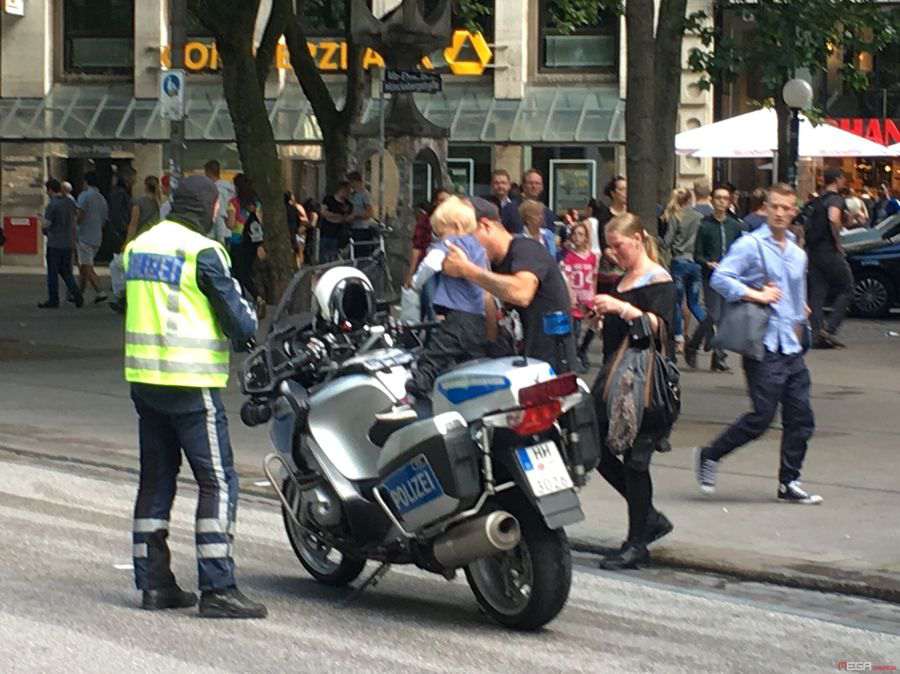 motorcycle of their own. Those figures do not include countries around Germany or Europe as a whole. Therefore, there is still a huge market potential for motorcycles in Europe.

Motorcycles and parts have been the main exported mechanical and electrical products in China, which has a broad market prospect in Europe. According to the global data last year, the motorcycle import in Europe has been increasing, and now it has reached 52% of the global market. Therefore, how to seize the European motorcycle market has become a main concern of Chinese motorcycle enterprises.

The local subsidiary of Taiwan’s KYMCO will build a new production plant in the Philippines at an estimated cost of about 1 billion pesos.

Allan Santiago, President of KYMCO’s Philippine company, said the larger plant is built in anticipation of increased demand for motorcycles. The new plant is also in line with plans of producing electric cars.

Santiago said the company was considering two potential sites for the new plant, in the north or south of Luzon. According to KYMCO’s plan, the new plant will cover about five hectares and produce at least 6,000 motorcycles a month. The plant at Sta. MariaIndustrial Complex will be closed. 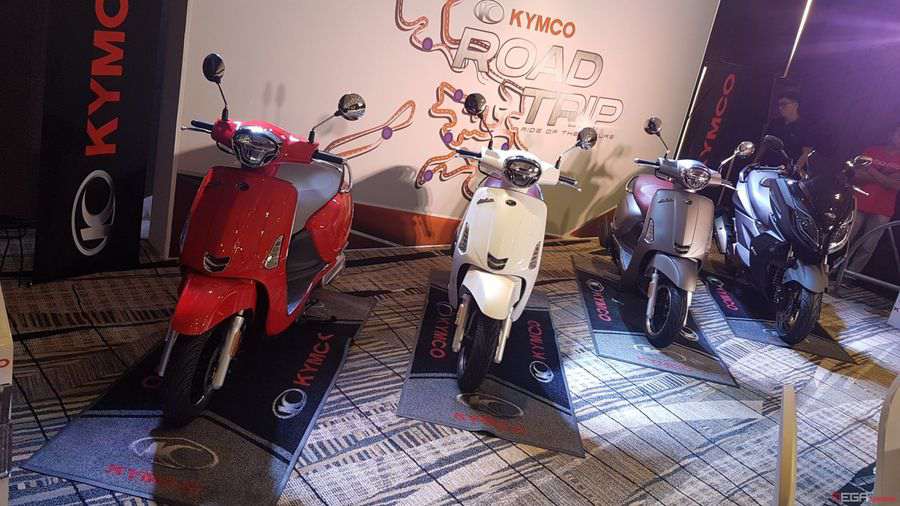 KYMCO has faith in the Philippine market, where the demand for motorcycles and scooters (including electric models) are expected to rise. Santiago sees a strong economic base that provides more Philippines greater purchasing power, increasing the demand for motorcycles and scooters. He said, as the transportation industry grows in the future, the company also needs a plant suitable for producing electric cars. When it launches electric cars on the market, the company will produce electric cars and an intelligent open network electronic experience (IONEX) platform, and will cooperate with the government to set up charging stations for convenient use of electric cars. 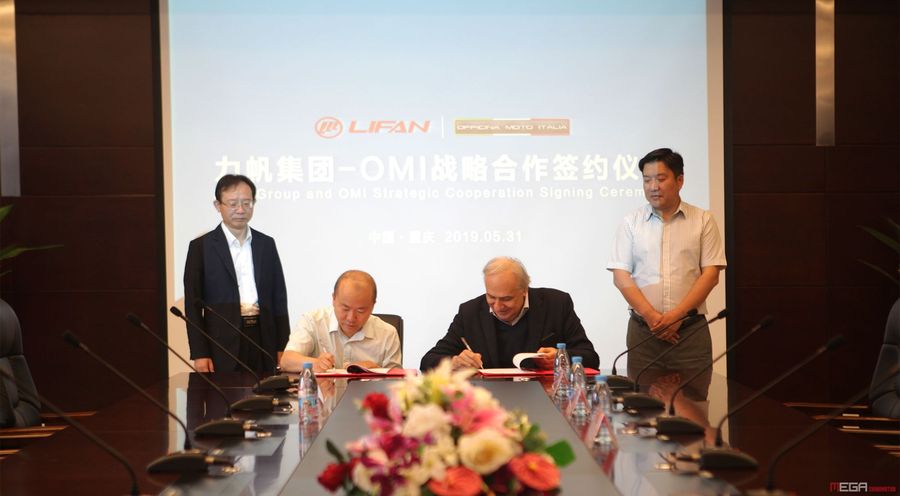 On May 31, Lifan group signed a strategic cooperation agreement with Italian OMI engine technology company, the two sides will give full play to the advantages in their respective fields, based on the National V emission standard and Euro V emission standard, mainly focusing on engine and complete motorcycle design and development and jointly creating a win-win, sustainable strategic cooperative partnership.

It is understood that the in-depth strategic cooperation reached between the two sides will focus on the development of engine and body system of 600cc scooters and 600cc cruising models, and the two sides will work together on the design, trial production and verification of new models. 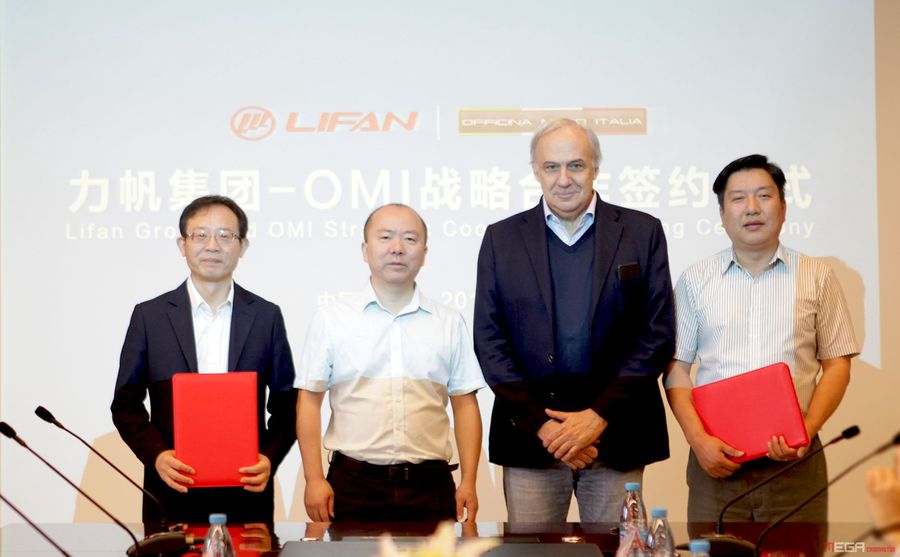 Lifan also commissioned OMI to provide technical support for Lifan’s independently developed engines, such as the design and development of 800cc, 1000cc and large displacement, multi-valve engines, as well as performance improvement of existing engines. Moreover, the development and design of all engines under this cooperation are based on the requirements of National V and Euro V emission standards.

Lifan’s cooperation with OMI began in 2017, and in the past two years, the two sides have achieved a number of results, among which the 450cc engine has been deployed on KPT500. Lifan also entrusted OMI to design or optimize LIFAN NBS250, LIFAN VRF450 and LIFAN 800CC engines. 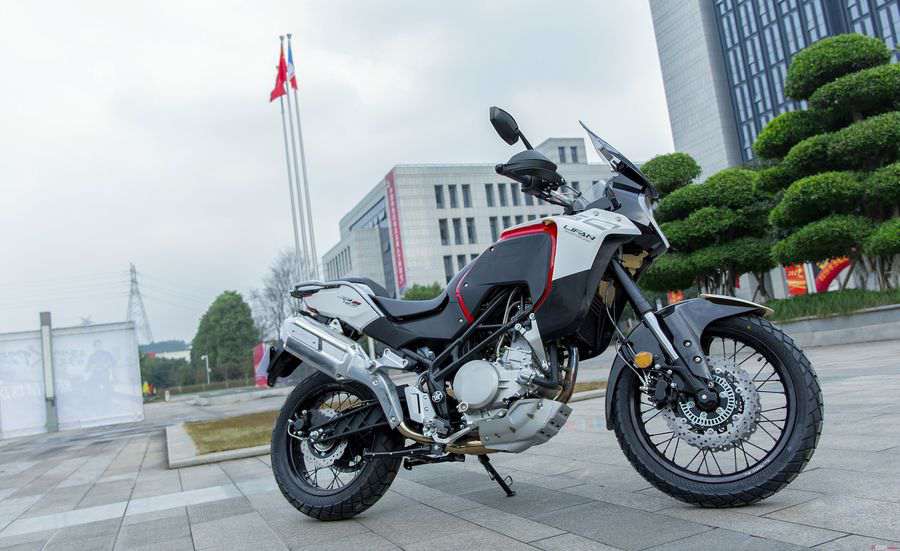 Giovanni Mariani, OMI’s Chief Technology Officer, said at the signing ceremony that Lifan is a renowned Chinese motorcycle company with complete design, verification, manufacturing and sales capabilities. OMI and Lifan will conduct more in-depth and comprehensive cooperation in motorcycle engine, body system and other fields, and OMI will focus on improving the competitiveness of Lifan’s various products.

In recent years, with the continuous decline of sales in the domestic market, major motorcycle enterprises have focused on the overseas markets. Due to the global trade friction, economic war is on the verge, causing troubles to many enterprises’ overseas development. However, the world is a huge economy, to occupy a place in the global market, enterprises must look globally and seek overseas development. Many big brands, such as KYMCO and Lifan, are not scared by difficulties, but steadfastly continue their overseas expansion. They try every means to increase chips for their future international competition. 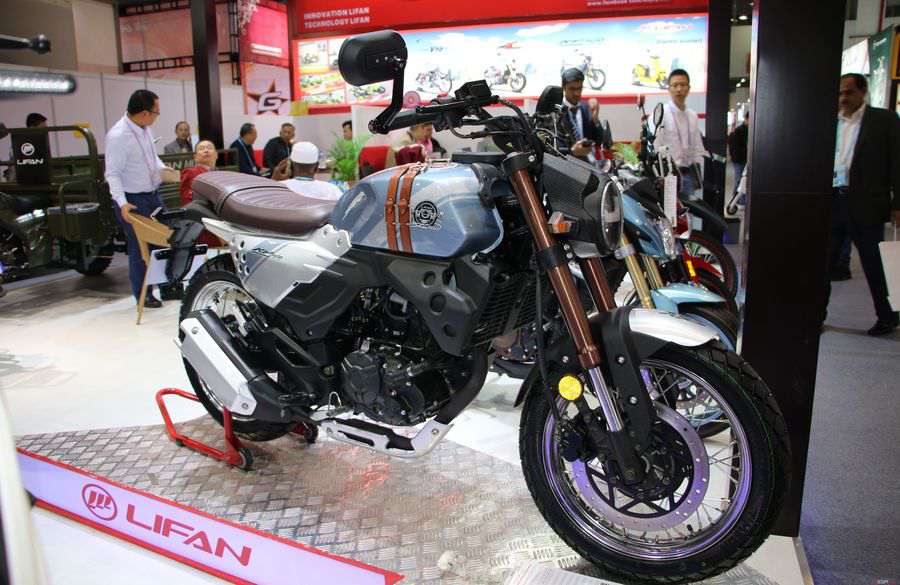 Chinese brands and products should go to the world. According to their own situation, Chinese enterprises choose a suitable development model, and accelerate the overseas layout while enhancing their own product quality, so as to stand out in the fierce global competition and become the industry leader.