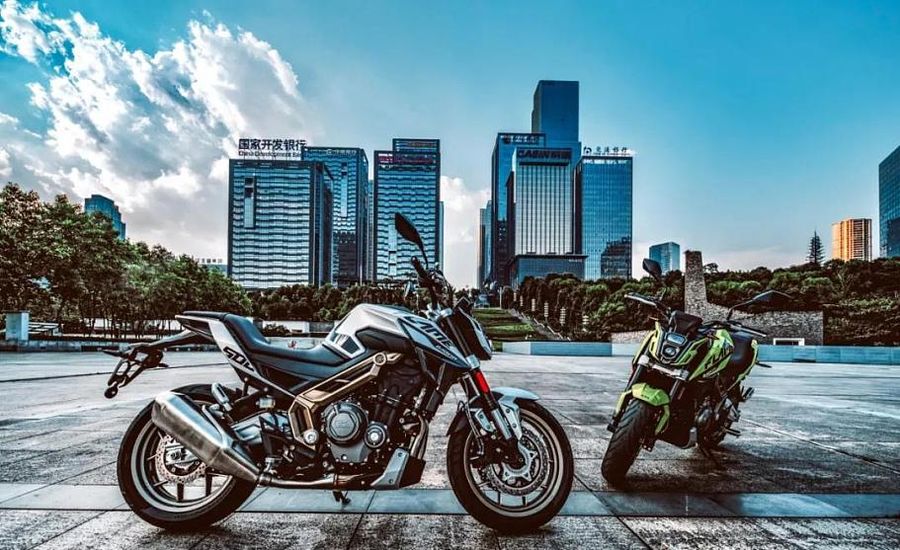 CHINA-The GAOKIN sports street bike was listed on schedule, the street bike version added the LCD instrument, imported slip clutch and so on.

The appearance of the GK FLAME 500 also comes from the same European design team, with tough lines and aggressive features. After GAOKIN opened the situation with retro versions, he once again expanded the market segments with the modern street bike which is more in line with the taste of young fashion motorcycle friends.The FLAME 500 officially claims that its design is inspired by the  Sanxingdui bronze mask and can be automatically lit and adjusted according to the light, with a multi-functional TFT color instrument, handlebar button backlight, and other configurations all in line with the concept of a “Guo chao mecha”.

The power is also upgraded compared with the retro version. Although it is still a 486cc In-line double cylinder water-cooled engine, the maximum power of 37Kw and maximum torque of 46Nm have been improved, the original imported FCC slip clutch has also been added, making the handlebar grip and smooth shift better. Matched BOSCH electric injection system and full section stainless steel exhaust make the power output of the full speed range more smooth and powerful. Besides, the beautiful frame trim, aluminum rear swing arm, aluminum upper and lower board , aluminum adjustable brake, clutch and so on are very eye-catching, contributing to the sense of advanced and lightweight.

The hardware part of the GK FLAME 500 also has highlight, KYB shock absorbers are common at the same level, but they are not adjustable, GAOKIN uses a more expensive and more sophisticated version. The same high-end components include Pirelli Angel GT tires, BOSCH dual channel ABS, DID chain transmission and so on. In addition, GK MOTOR is also very exquisite in workmanship, paint water and assembly.