It is positioned to be used for urban short-distance commuting.

I-One looks much like i-One X previously exposed. Using 4.2KW motor, with a single battery pack, the maximum range is 90km, 0-50km acceleration only needs 5.6s, and the maximum speed is 74km/h. 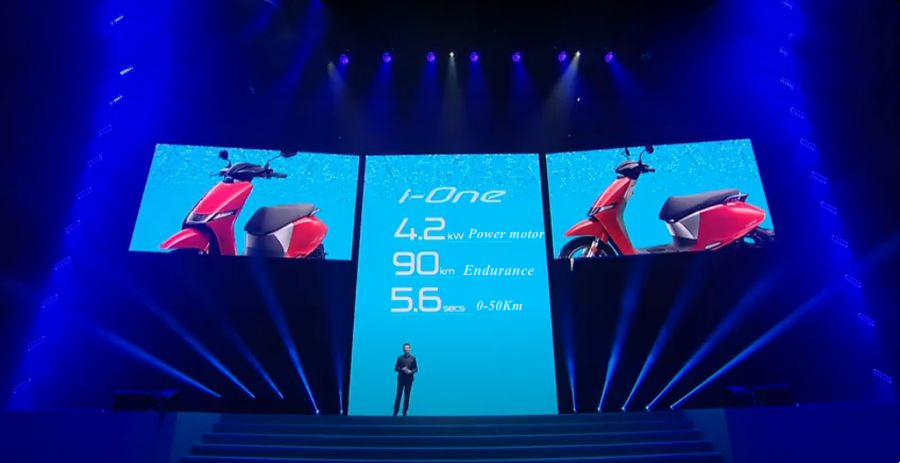 Compared to i-One, S6 has superior performance and endurance, which is suitable for riders with medium to long distance riding demands. In contrast to i-One and S6 that are for urban mobility, S7 excels in sport performance. With a more powerful 7.2kW motor and dual battery packs, it has a maximum range of 155km, a 0-50km acceleration of 3.7s, and a top speed of 92km/h. The most powerful of the four, with an ETS two-speed automatic transmission, it is claimed to fit for riders of heavy motorcycles.

S7R is also equipped with a 7.2KW motor and dual battery packs, with a maximum range of 155km. Compared with S7, S7R has better acceleration performance, with 0-50km acceleration only in 3.5s and a top speed of 95km/h.