LIFAN’s NK models are divided into two series, KP and KPS. KP series have relatively small displacements. In terms of product positioning, KP series are more for daily commuting and integrate some fashion elements, while KPS series put more emphasis on entertainment riding control and highlight the sport-oriented riding experience. We will now have a close look at a quality KPS family player – the KPS250. 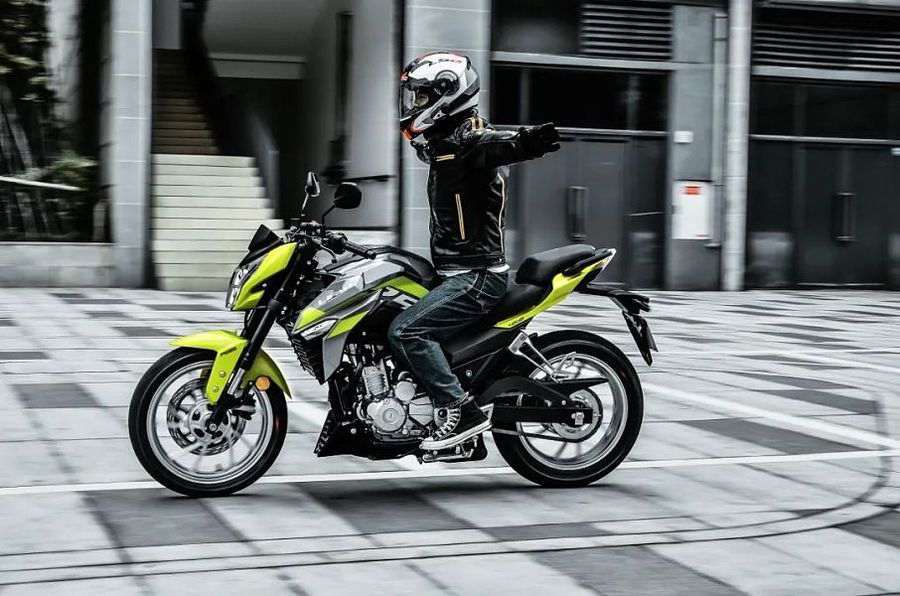 In fact, the KPS250 and the earlier KP250 are from the same platform, with the previous shape design retained. But the upgraded KPS250 is given more fashion labels. Its color scheme suits the young people, vibrant, passionate, well-bedded with a strong visual impact. KPS250 inherits the family design elements to the maximum extent. It looks sharp and aggressive. As a street bike combining city travel and passionate driving, KPS250 adopts an integrated low-wind resistance headlight structure, and its V-shaped face uses LED light source. Digital display dash is cleverly implanted into the upper part of the head, forming a good visual echo with the lighting system, which is avant-garde and highly recognizable. 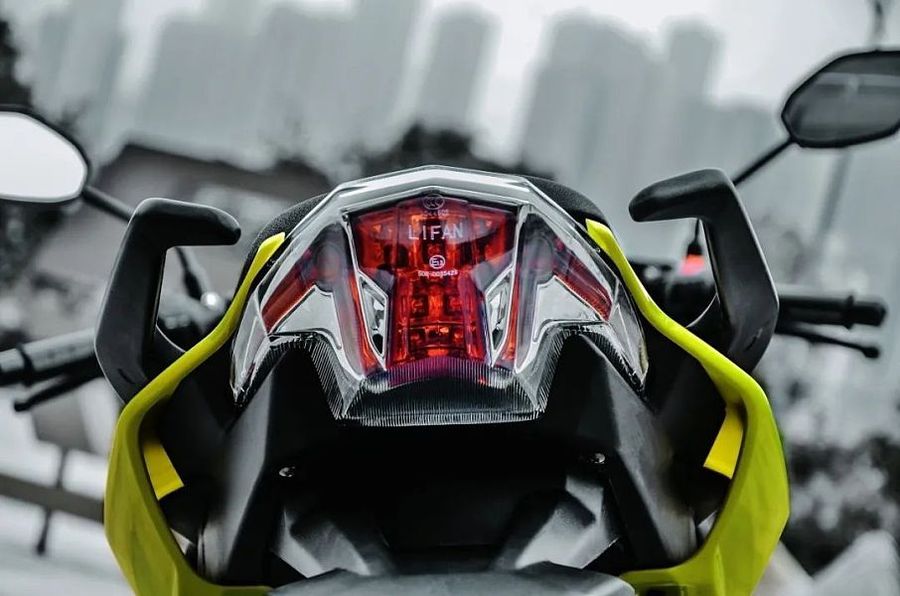 The dash is in a conventional rectangular structure, with blue backlight, from which you can clearly read the gear position, rev, time, and speed etc., providing you full and accurate data for your controlling your bike at any time.

In the meantime, a USB fast charge outlet is designed in front of the fuel tank, very convenient for you to charge up your mobile phones and other electronic devices, satisfying users’ diversified usage scenarios. 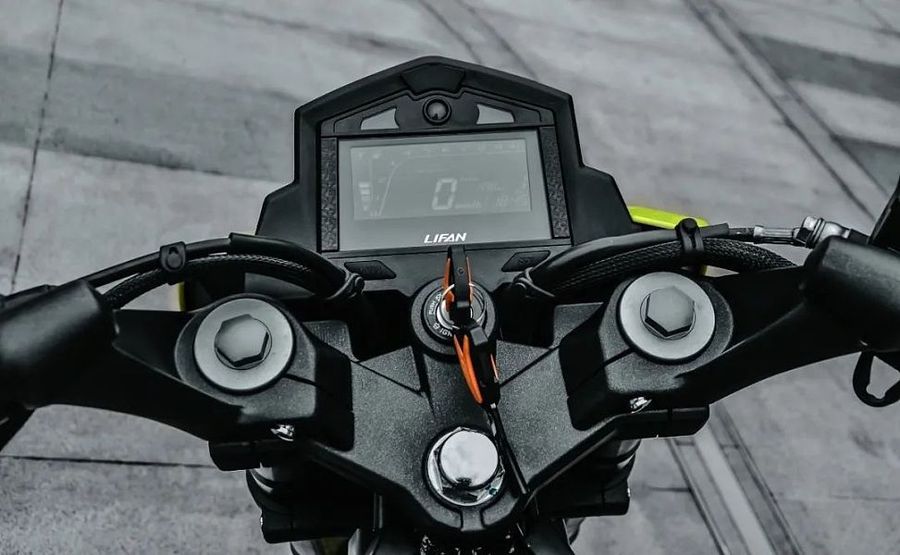 KPS250 emphasizes control and sport performance, so it uses split-type aluminum alloy handlebars, which conforms to the design concept of light weight.

KPS250 uses a 14L high-back fuel tank, and its handlebar is also raised, so the handling is more natural and friendly. The fuel tank positioned in the middle of the bike is made in a racetrack double-layer explosion-proof structure, whose bodyline is tough and plump, powerful and muscular. The arch guide plates on the left and right sides of the tank perfectly integrate with the tank shape, which makes the bike look more dynamic, compact and tougher. 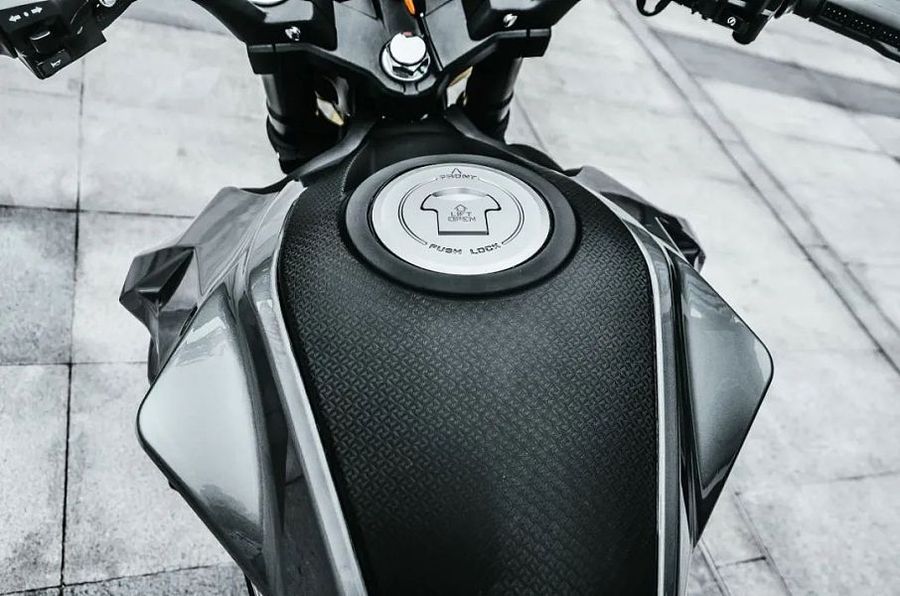 KPS250’s saddle is properly designed to match the overall body styling and accommodate the rider’s sitting posture. The two side aluminum armrests add to the sport feature of the bike.

KPS250 adopts the double-cradle frame system independently developed by LIFAN. The frame is a tubular structure, and its overall rigidity and shearing resistance are greatly improved. In addition, the engine is placed inside the frame without any rigid connection, which greatly reduces the impact to the bottom of the engine in special road conditions, expanding the bike’s environment adaptability.

KPS250 is equipped with a 249cc water-cooled four-valve balanced-shaft engine with a SOHC valve mechanism and a six-speed transmission system, generating a maximum power of 19kW and a maximum torque of 22N•m.

In fact, the single-cylinder four-valve water-cooled engine has a better torque output curve than a multi-cylinder engine. Early power burst means faster gear shifting. The low-rev high-torque performance and high-rev efficiency of the engine make the KPS250 attractive to a wider range of riders. Due to the retracted front saddle and relatively high split handlebar, KPS250 does not have an aggressive riding posture, which is more of a commuting street bike. It has good ergonomics to be user-friendly.

The split handlebar (over 700mm) is flexible and comfortable. The front double and rear single shock absorbers well support riding at curves, but insufficiently filter bumps to affect riding comfort.

The braking system continues the characteristics of the family. The front and rear disc brakes and dual-channel ABS can achieve a braking distance of about 7.1m within the speed range of 30 ~ 40km/h. When applying emergency braking at 60km/h, the bike does not show any sigh of sideslip. This shows that the braking force and body center of gravity of KPS250 is properly performed. 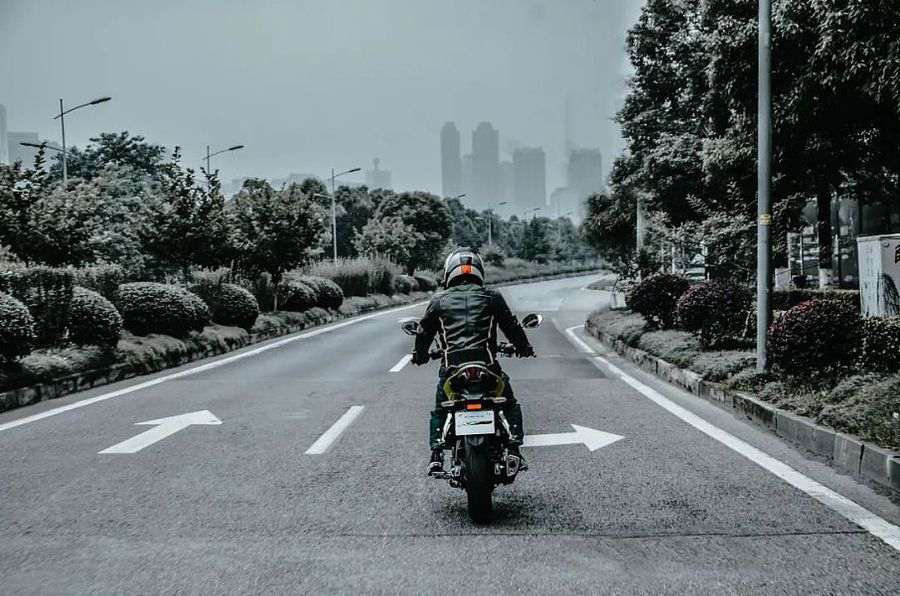 The new EFI engine with balance shaft outputs immense power. It can achieve good gear transition at about 4,000rpm. Even if the speed of revolution is slightly low, the engine control and power supply are satisfactory, easy to get started.

At normal speeds (40 to 80km/h), this 250cc water-cooled engine can faithfully produce torques, and the engine vibration is not obvious. With the increase of rev, the gear position can be quickly raised, and the abundant low-rev power output makes every acceleration exceptionally brisk.

The throttle is responsive. Gear shifting is not so flexible but acceptable. No matter it is in the stage of prompt acceleration or starting acceleration, the speed ratio of the rev and every gear features obvious extensibility. The 0-100km/h acceleration time is 11.93s, and the maximum meter-read speed is 137km/h. LIFAN KPS250 is a fashionable and user-friendly NK series street bike. As a derivative of KP250, it uses new color scheme to achieve more passionate and energetic product tonality. Besides, the continuous optimization of the power system ensures greater performance. (The road test was conducted on closed roads.) 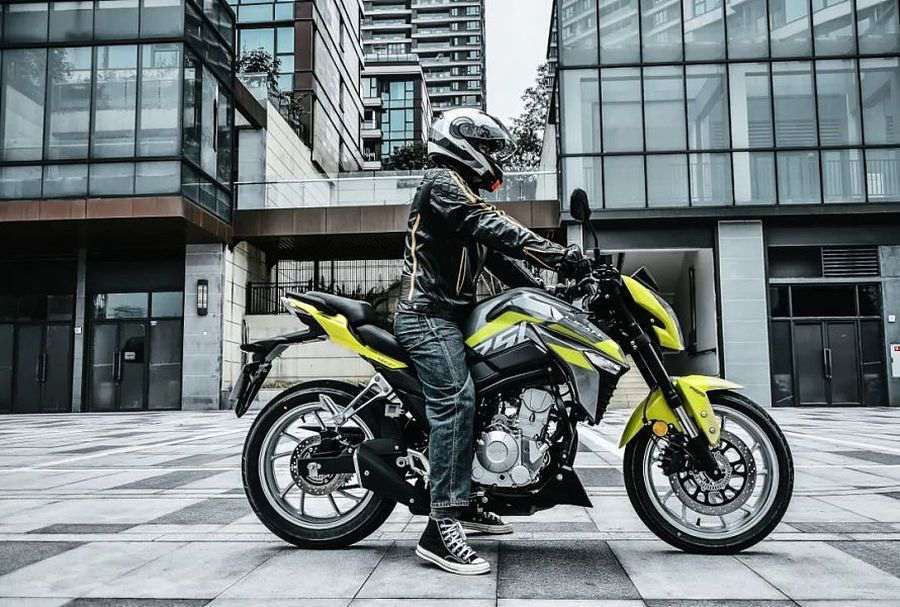