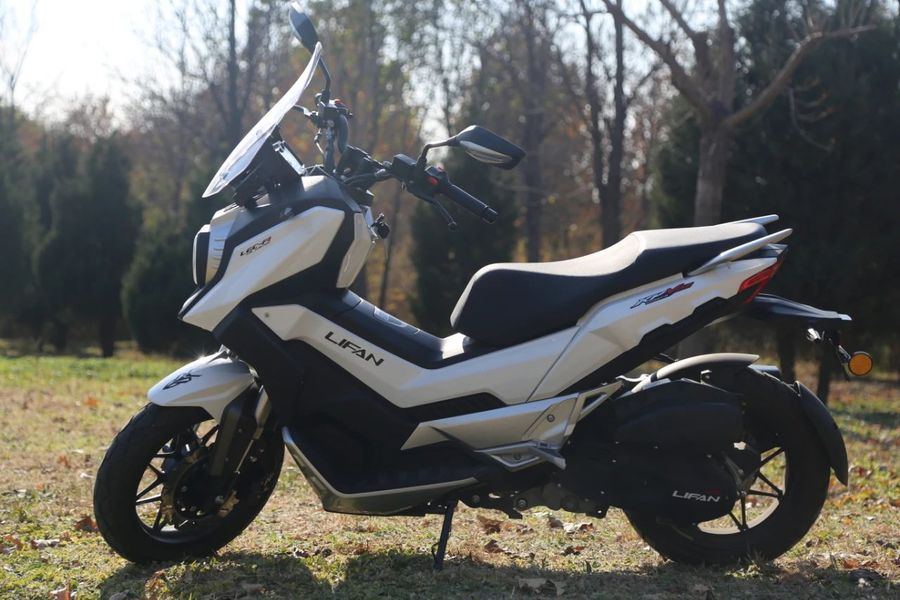 Last year, LIFAN released the first domestic crossover scooter–KPV150, which adds certain ADV attributes on the basis of practical commuting. Can the KPV150 really go to the wild? 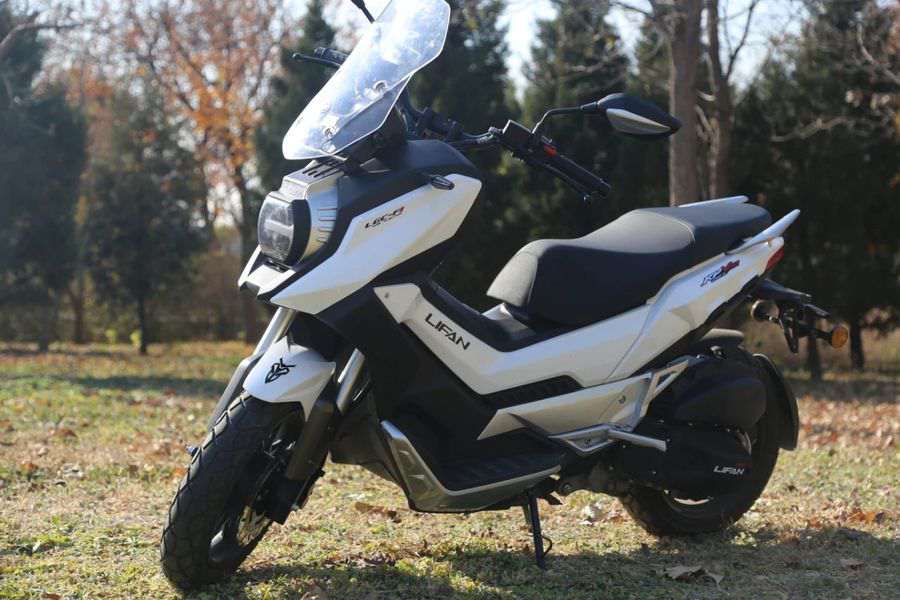 KPV150 has a tough and distinct appearance. The headlight adds much to the uniqueness of KPV150. 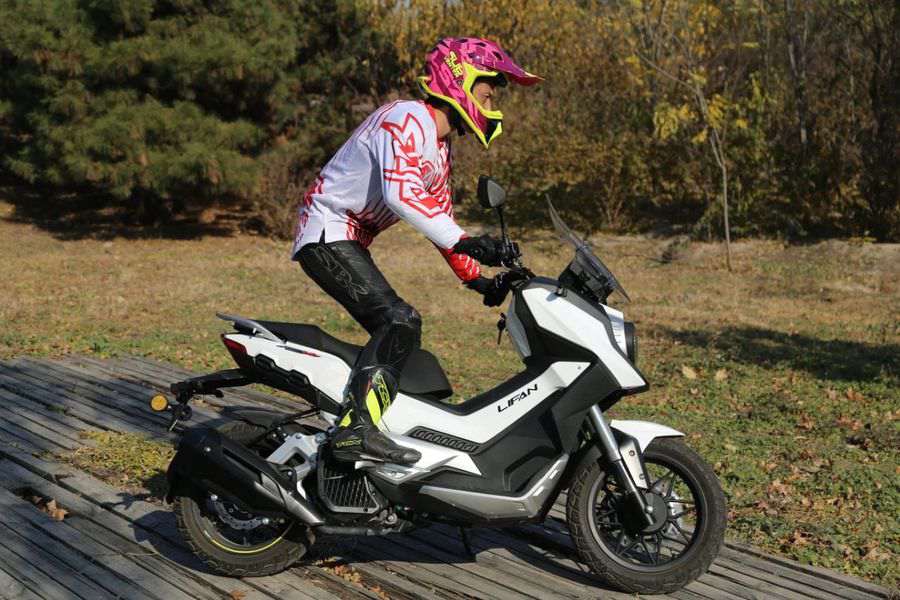 KPV150 is equipped with the NBD engine independently developed by LIFAN. It is a 150cc single-cylinder water-cooled engine, matched with electric injection system as well as pulse ignition and idling start-stop functions, which meets the National IV emission standard. The maximum power is 10.2kW/8,500rpm and maximum torque is 13N·m/5,000rpm.

KPV150’s power advantage is at 0-60km/h. The low-rev range gives smooth acceleration and sensitive response. Acceleration slows after 60-70km/h, with meter reading of top speed at 108km/h and 102 km/h with GPS. The KPV150’s power tuning is ideal for urban commuting and motorcycle traveling. 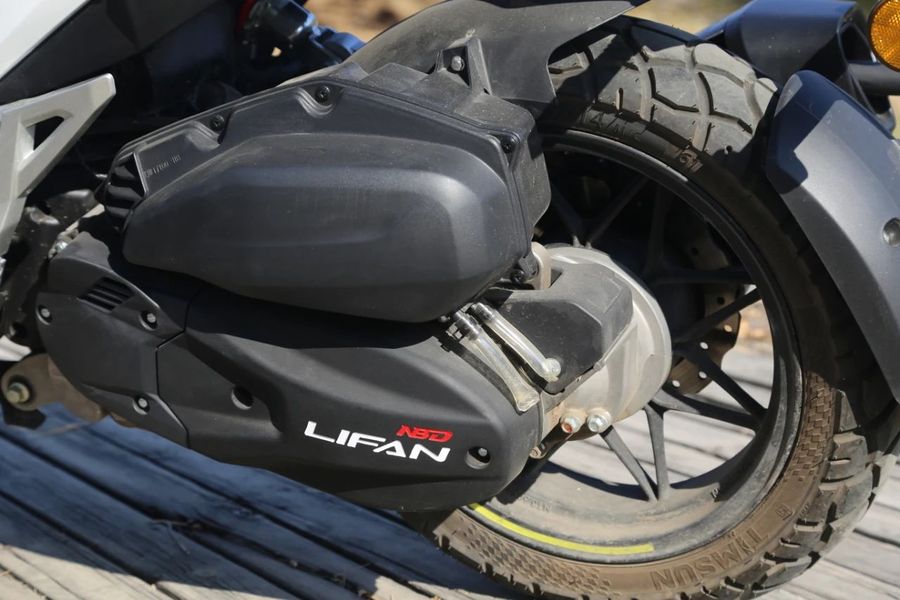 Since the KPV150 is a crossover scooter that highlights the ADV attribute, it is given an unconventional suspension system. The KPV150 has a large diameter inverted front shock absorber, multi-section preload adjustable side-mounted single rear shock absorber, and widened multi-purpose Timsun tires (front 100/80-14, rear 120/70-14). As a result, the KPV150 has a larger ground clearance and better passability to handle both conventional and unsealed road conditions. The KPV150 has a relatively short wheelbase and features flexible handling.

LED lights are used. The headlight and brake light are in a novel shape, and the left and right turn signals are in the form of streamline.

The storage box on the right side is designed with USB and 12V power socket and cigarette lighter interfaces. However, if the user needs to power the external devices, the front storage box cannot be closed. The storage box on both sides are occasionally open during intense riding on unsealed roads.

The LCD dash has enough information, but its disadvantage is that the identification is not good in reflective conditions.

The windshield can be manually adjusted, but its position is not very friendly to taller riders, which needs further improvement.

KPV150 is equipped with the largest central fuel tank of the same class with a front refueling port and a capacity of 11L to deliver a distance of about 350km.

The pulse ignition function makes starting silent. The exhaust sound is also very pleasing, and the vibration suppression is also a considerable improvement. The vibration at idle speed is more obvious but acceptable.

Due to the battery and the rear shock absorber, KPV150’s under-seat space can only hold a half-face helmet. The cushion is pleasingly designed, and there is lighting inside the helmet container.

LIFAN KPV150 has far exceeded expectations in adventure features. The riders tested the KPV150 for nearly 4 hours on grass, dirt and potholed dirt roads. The overall performance of KPV150 on unsealed road is still commendable even if the shock absorber tends for sports purpose. KPV150 is a best small scooter for motorcycle traveling.

LIFAN KPV150 is worthy of ADV reputation. With extremely high practicality and fun, part of its performance is even better than the imported products. 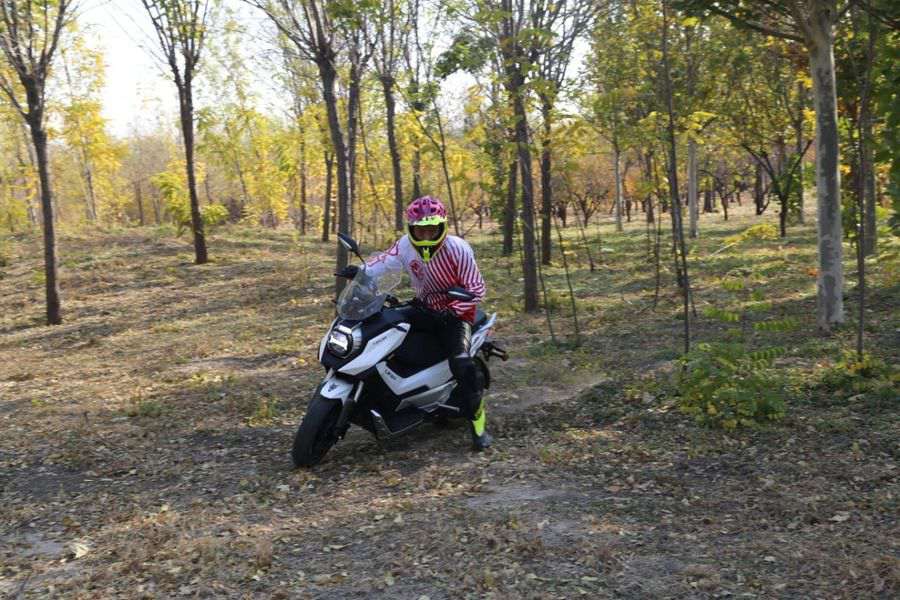 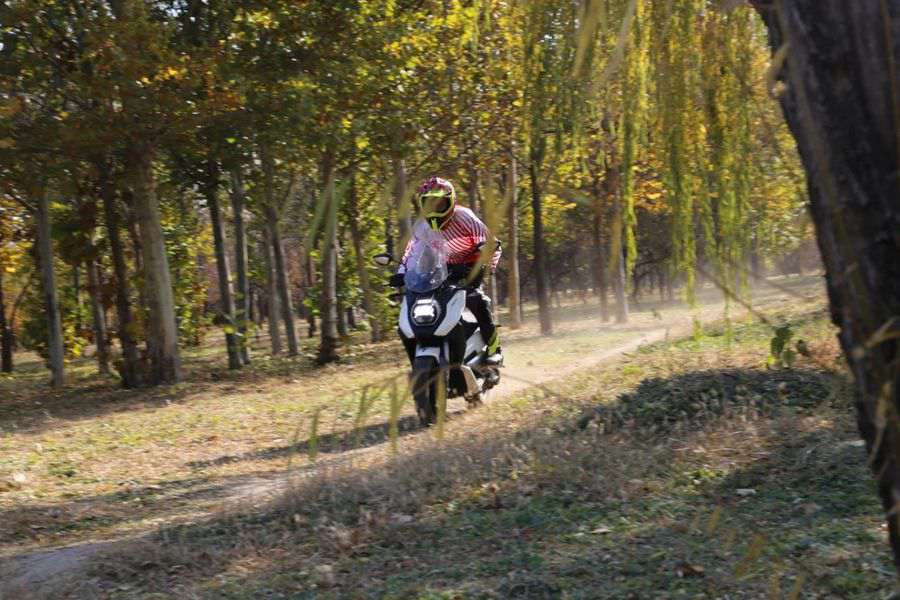