Fashion trends always return. After the popularity of ADVs, sports models become hot again in the market, among them, the most attractive and largest-displacement domestic sports model is QJMOTOR’s QJ600GS-3B officially released in September last year. 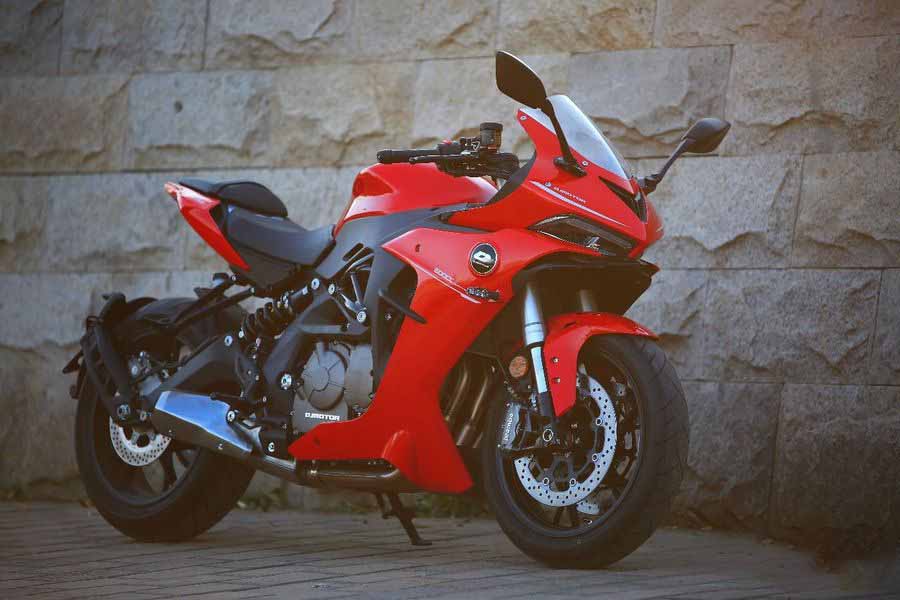 QJ600GS-3B’s Chinese name indicates strong sports attributes. It is the first domestic four-cylinder middleweight sports bike. The most unique part in appearance is the short tail design. The license plate is designed on the rear fender, and the overall tail design is more of a street bike. 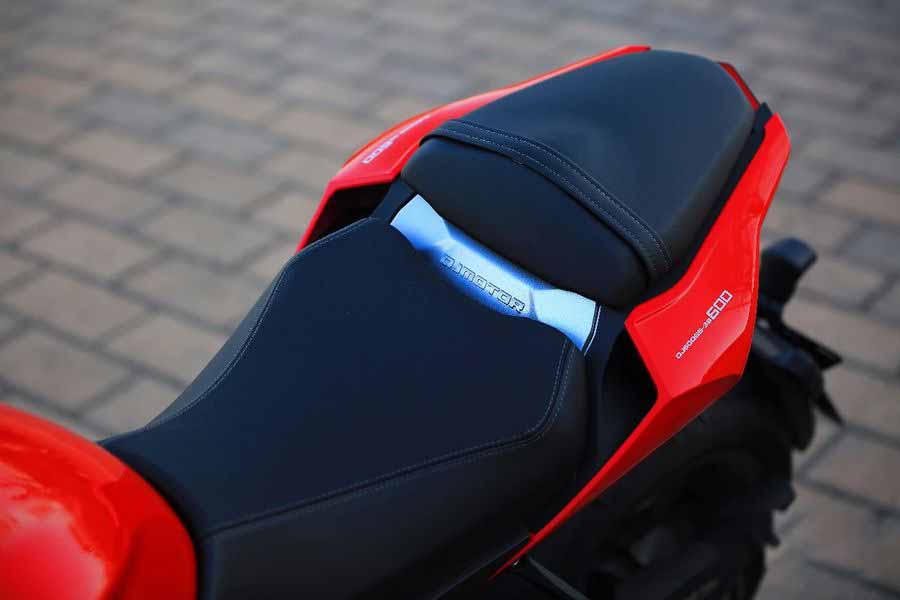 The front looks a different style, with all the standard design elements of a sports bike, including the ram air intake duct. The varied design styles at the front and back give the bike a distinctive look. 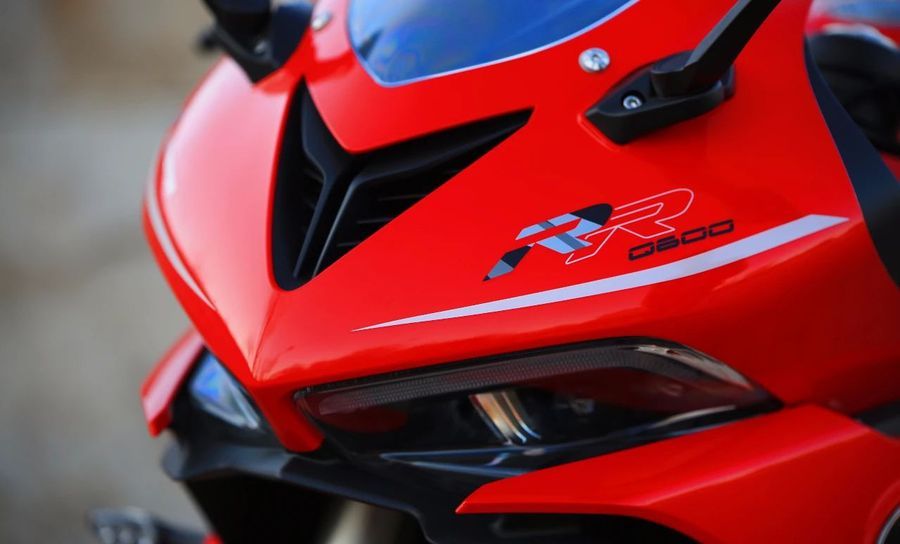 As a sports model, QJ600GS-3B is quite luxurious in equipment, with KYB damping, adjustable front inverted and adjustable (preload) rear single cylinder shock. It uses the Brembo brake system: front two-way four-piston calipers with a direct-push upper pump and Sunstar 320mm semi-floating disc, rear two-piston calipers with 260mm brake disc. The brake system is up to that of a literbike. It still adopts the same TNT600 parallel four-cylinder engine, but uses a sliding clutch. The rear rocker arm has also been replaced with an aluminium alloy rocker arm, further reducing the weight of the bike. Although gearshifting assistance system is adopted, it is not equipped on the current model due to short supply. The overall equipment of QJ600GS-3B is very cost-effective. 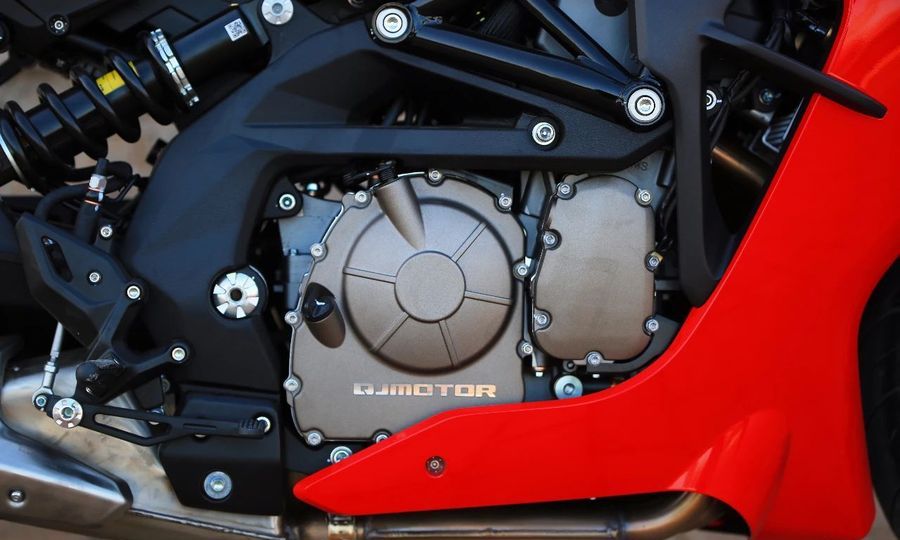 Despite of the upgraded equipment and reduced weight of the frame, the bike still has a 215kg curb weight, but the handling is not as heavy as you might expect, which can be seen from urban riding, especially at bends and U-turns. The relatively large rudder angle and reasonable weight distribution will make you feel that the bike is flexible. 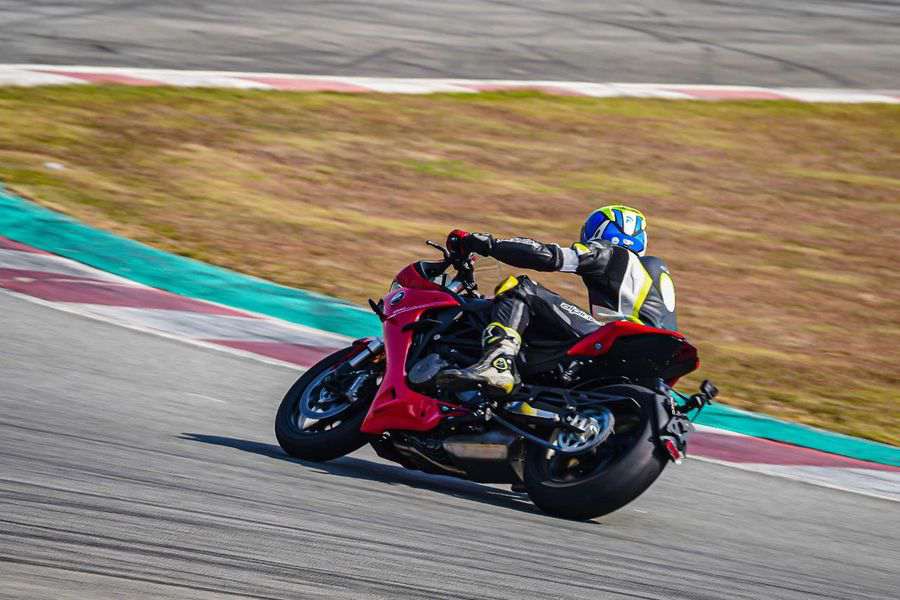 The sitting posture of the bike is not so aggressive, which is mainly due to the tail design that reduces the seat height (800mm), while the handlebar is relatively higher. Thus, this bike tends to be used for daily riding. The USB interface under the 5-inch TFT full-color LCD dash is also designed for the convenience of daily use. 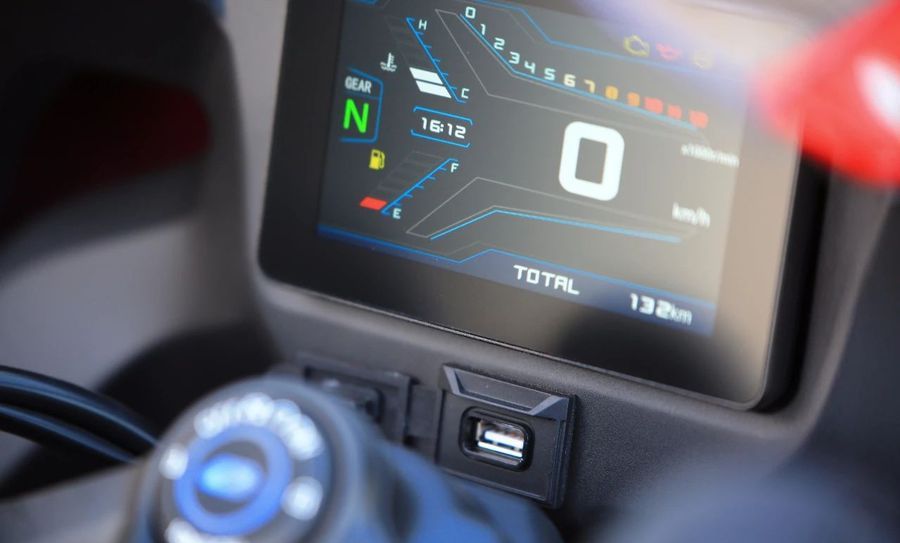 There are no secrets in terms of power. Smooth power output and a very pleasant sound are the main features of this engine, while the four-cylinder smoothness also gives it excellent vibration control. It is proper to ride in the cities in the sixth gear at 2000r/min, but the weak-power at low-torque is also obvious.

After a whole day’s riding at Zhuhai racing track, QJ600GS-3B feels a little unexpected. QJ600GS-3B is flexible. It also maintains good stability and track performance when turning at large inclination at over 100km/h. The body is strong enough to handle some extreme race tracks.

The shock absorption and braking adjustment add to the rider’s confidence on the track. At 210km/h on a straight, it can decelerate to about 80km/h to enter a corner within less than 150m.

If you want to experience the speed and passion, don’t do any modification on the original state of the bike. It provides you a good track experience as well as a user-friendly daily use experience. (Source: WeChat: MTC-CHINA) 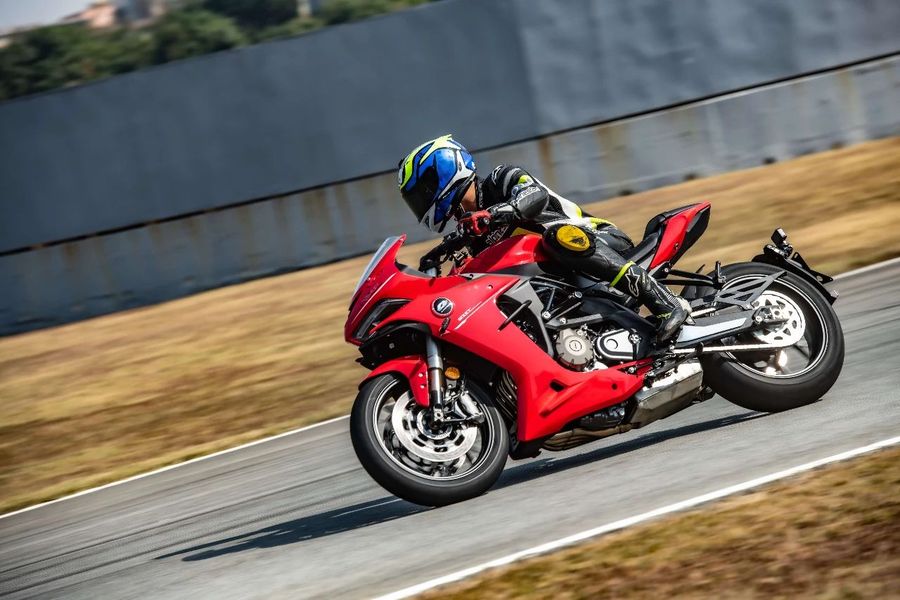