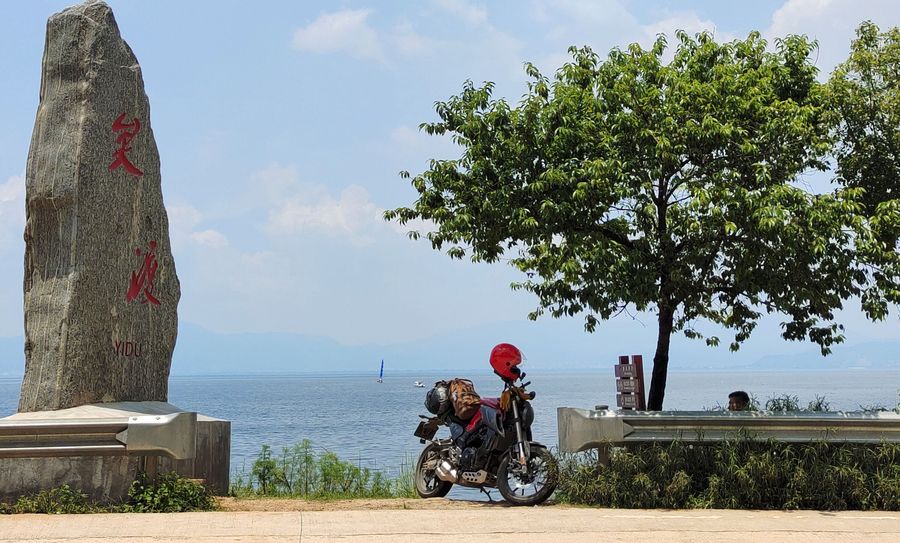 September 13, 2021
Posted by: chinamotor
No Comments

SENKE Alien Monster SK400-K was released on April. The rider then set out for Tibet three days later after he got this new bike, starting a motorcycle travel for test. From Maoming City of Guangdong province to Lhasa of Tibet, 12-day journey is nearly 3765km. The bike only did the normal maintenance such as replacing engine oil. The overall evaluation is that this bike’s configuration is good, with excellent quality and high-cost performance. Of course, there is also some small problems.

Riding on 318 National Road, the most direct feeling is the Alien Monster accelerates rather quickly and is easy to control. The acceleration of the bike is very powerful in the whole speed range. The range of twisting throttle matched well with the rise of the speed, and the acceleration is powerful and safe, which is very nice to the new riders. The sense of security bring lots of confidence to riders. At the 72 turns of Nujiang River, there are many uphill turns, but the Alien Monster performs very well and pass though easily. It mainly comes from three points:

First, the fairing design on Alien Monster is very useful. The fairing on the left and right of the fuel tank is like the rear wing of a sports car. When driving the bike, you can feel that the wind pressure tightly presses the bike to the ground. There are also several air guidance ports around the water-cooled engine to make the air flow away and directly cool the engine. This design can reduce wind resistance and engine heat to some extent.

Second, the bike is equipped with Delphi EFI and Bosch ABS. When riding round the corner, you can obviously feel the good braking effect before bending and the smoothness of accelerating after pulling out of the bend.

Third, the wheelbase of Alien Monster is 1410mm, ensuring its flexibility on mountain road. The weight of the bike ensures the stability of the bike at high speed. Shock absorption adjustment is particularly good, and you can feel no uncomfortable when you cross some small potholes.

The bike is adopted Timsun tires who performs better than expected and is very suitable for this type of long-distance motorcycle travel. After 12 days of 3,765 kilometers, the tire tracks are still deep and its durability is very good.

In addition, when driving at high speed and high rev, the bike’s controllability is flexible and the body is stable, which benefits from excellent design and good adjustment. 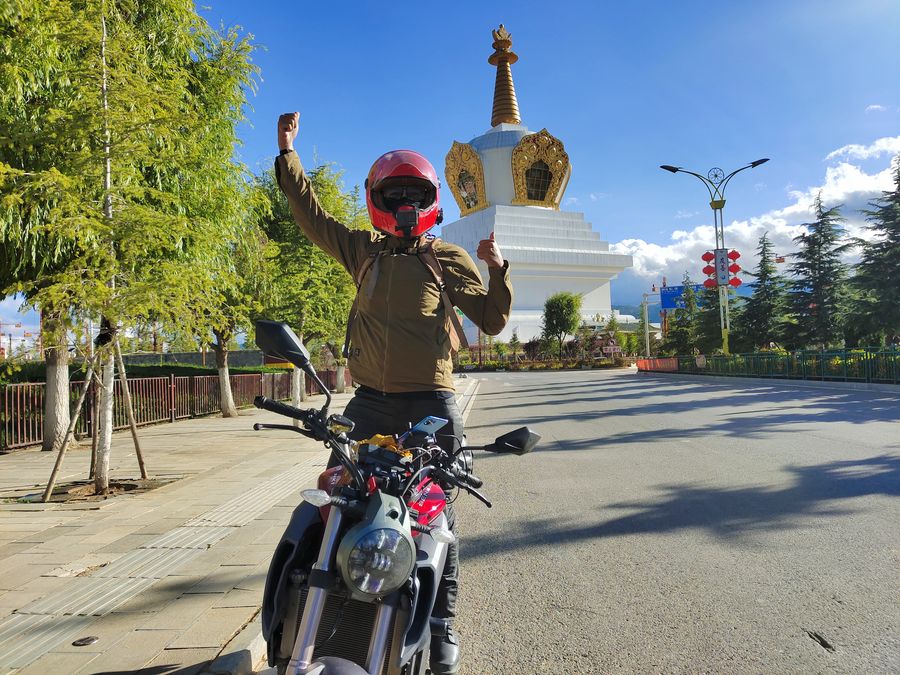 On the day the rider left for Nyingchi, it was cloudy with light rain, there was fog on the mountain, and the sunlight was weak. But the full LED headlights on Alien Monster were awesome.

The design of headlamp integrates with the retro round light and future elements, very distinctive. Because it is a long-distance motorcycle travel, the riders often need to use mobile phone to navigate. There is a little disappointed that there is no USB interface in front of the bike. According to the manufacturer, if the USB interface is set in the front of the bike, the waterproof glue is easy to be aged to leak water and causes the circuit problems. That’s why the USB interface is designed under the saddle. The USB port can be used to plug in a USB flash disk to play music or connect to a charging cable.

Due to the frequent raining, the horns often don’t work. It can be improved.

In general, Alien Monster SK400-K with good acceleration and stable and safe riding is a good choice for you. 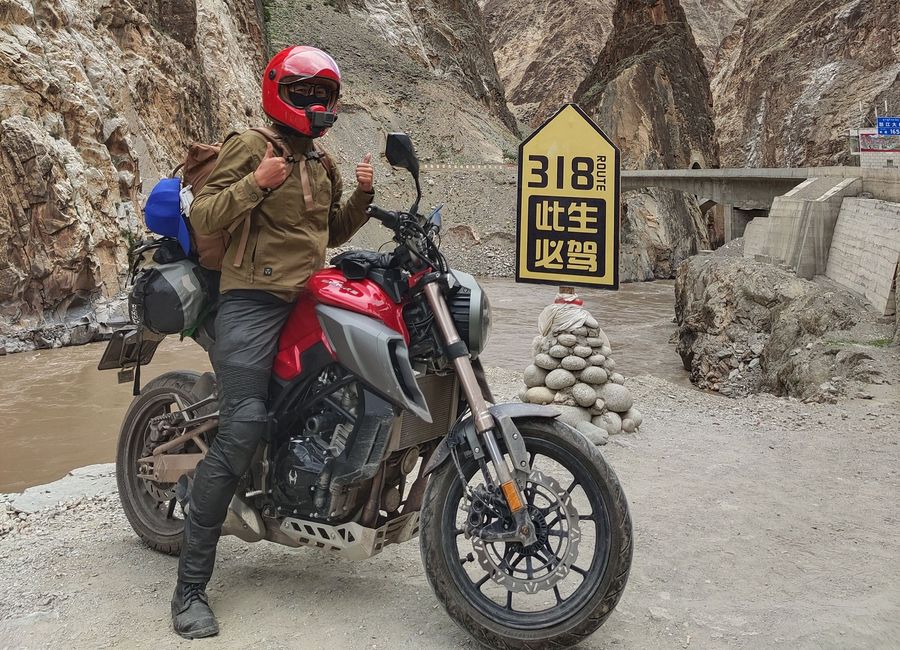