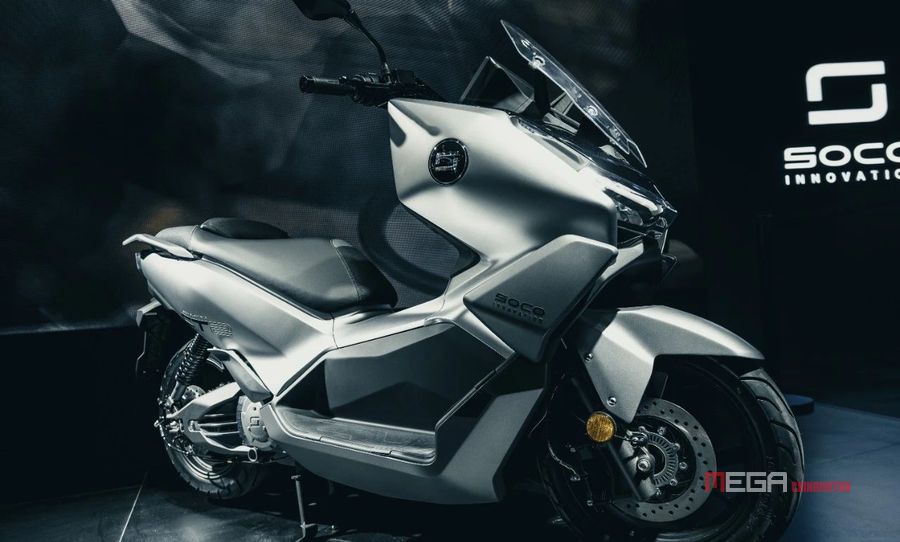 January 20, 2022
Posted by: chinamotor
No Comments

In September of this year, electric two-wheeler brand SUPER SOCO held the release conference themed “Evolution & Dawn”. The brand-new sports electric motorcycle CT Titan was first released worldwide, and they announced that the classic models: two new upgraded versions of TS and TC released in Italy at the beginning of this year will be on sale in China. At the same time, the founder and CEO of SUPER SOCO Xie Yuxian announced that SUPER SOCO brand strategy will be upgraded, further highlighting the “innovation” characteristics and continuing to implement the brand strategy, business deployment, product design and performance. On the occasion of the 6th anniversary of the establishment, SUPER SOCO, recently officially announcing that they have had strategic investment of 100 million yuan, shows the leaping evolution from brand strategy to new products. 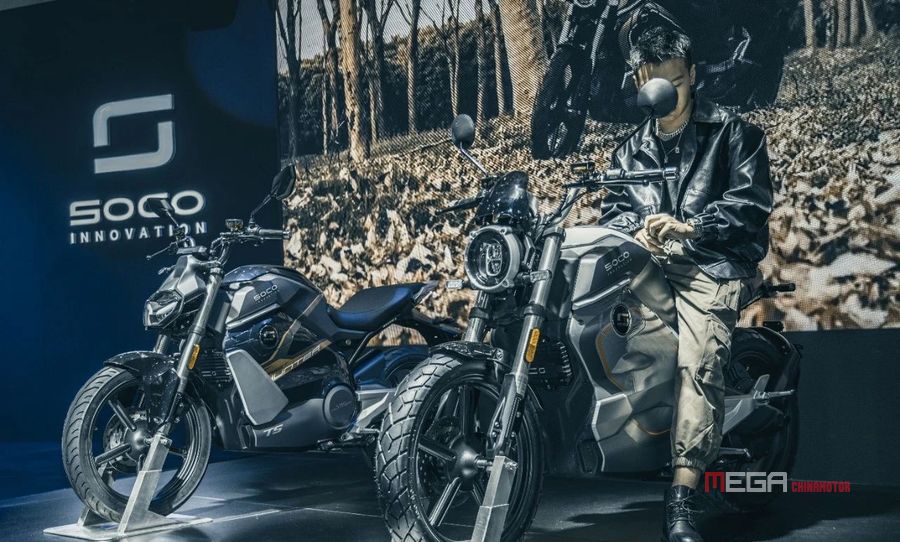 Different from the traditional electric motorcycles, SOCO, the symbol of riders, carries a younger, more fashionable, purer and futuristic meaning connotation. And the upgraded SOCO Innovation will further highlight the “innovation” gene. Innovation represents the foothold of SUPER SOCO’s future mission and development. Breakthrough and creation are also directly reflected on the new bike’s decision. From the futuristic and cutting-edge appearance design to the hardcore performance like a fuel motorcycle and the full use of intelligent technology, all represent that SUPER SOCO’s original expression which is bettering itself and predicting the future. 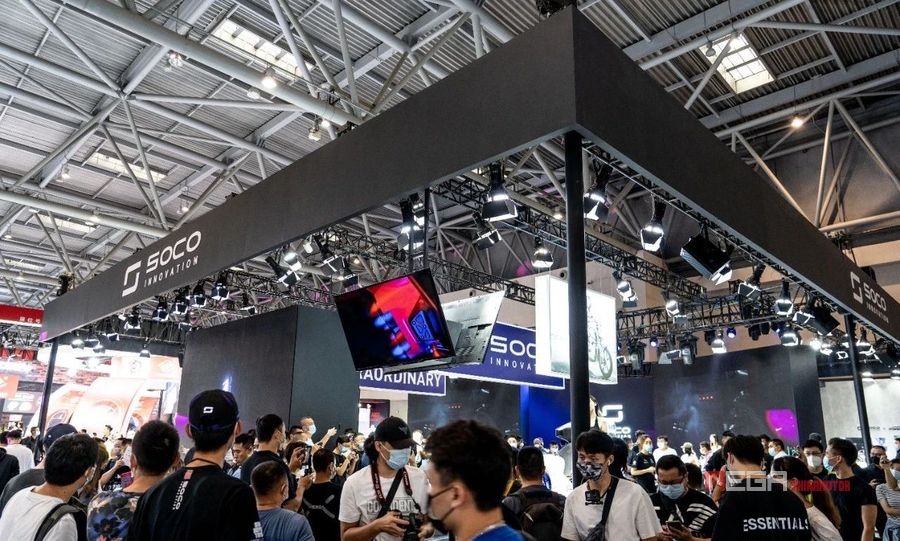 Among them, SOCO Tech, with external resources, will continuously drive innovation in internal technology research and development. While having an insight into the future development trend of transportation and leading industry innovation, it will also continue to be implemented in product planning so that SUPER SOCO users can experience the application of future technology in the field of urban light travel in advance. At this stage, SUPER SOCO will mainly focus on the upgrading of riding experience to carry out in-depth research on three aspects: “technical innovation of battery, motor and electronic control”, “vehicle energy network ecosystem layout” and “intelligent application acceleration”.

SUPER SOCO has strengthened SOCO Design and continued to innovate and focused on International IP.

As a product-driven brand, SUPER SOCO is always famous for strong industrial design capability. Establishing SOCO Design is to further integrate and strengthen the existing design strength and attract external excellent design team to join in, with the product as the core carrier, to create more surprises for users. With the “no convergence” attitude, SUPER SOCO adheres to the design and creation of new products that are “born for electric power” and with “both appearance and performance” so that users can enjoy e-vehicles that are more attractive than oil vehicles, and they have striven to surpass users’ expectations in design, performance, intelligence and other aspects. SUPER SOCO will push the brand to a certain height through innovative product development and design and form a global IP with unique “chivalry” in the new energy era in the future. 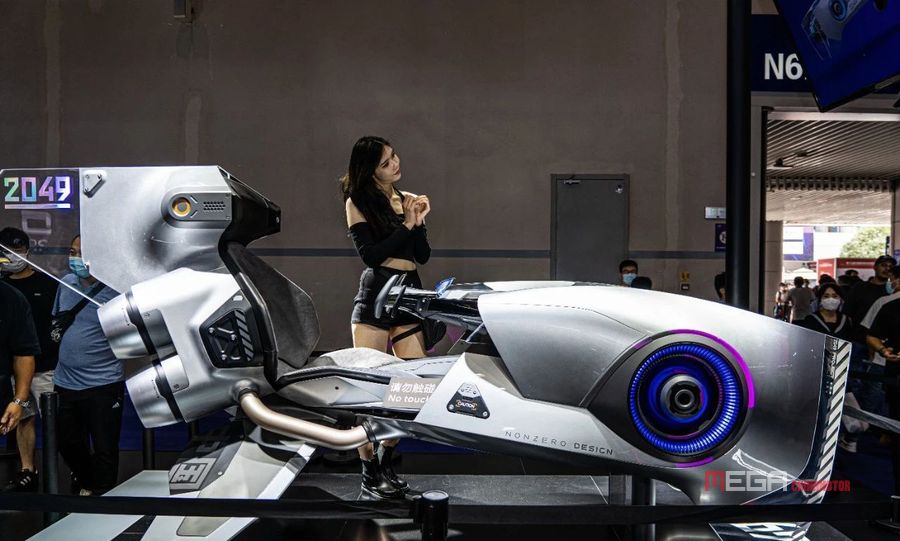 The CT Titan from SUPER SOCO, the first debut in the world, is undoubtedly one of the most eye-catching electric motorcycles at the press conference which represents the top position of present new energy two-wheelers. This sports electric motorcycle’s appearance is more sci-fi which breakthroughs the tradition. The body lines are full and strong and have more movement power. The high-performance power system of CT1 and CT2 adopts two-battery parallel technology. BMS system ensures the efficient battery management and power stability when riding. CT3 is equipped with COTION HIGH-TECH large capacity battery, providing 180km long endurance at constant speed of 45km/h. It is worth mentioning that the CT Titan adopts the self-developed integrated power integration system to achieve higher power transmission efficiency and stability. 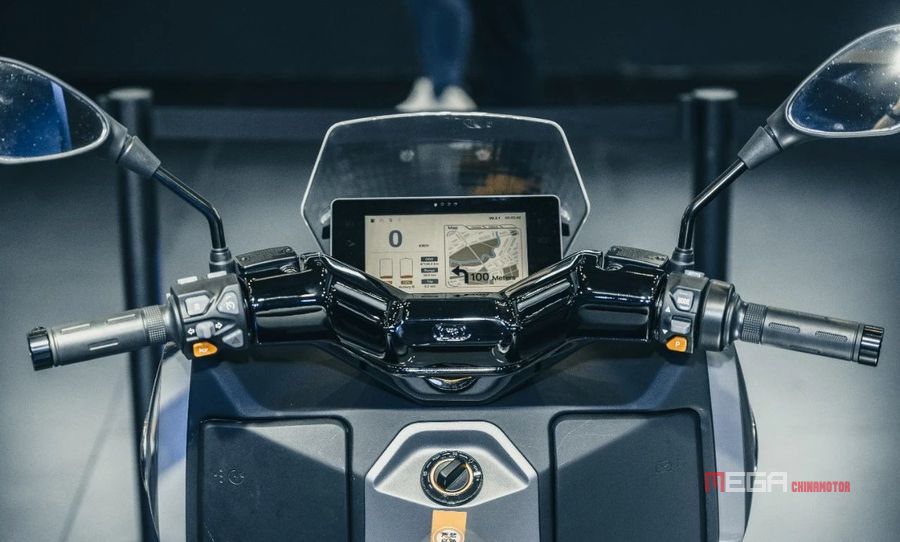 In the intelligent application, CT Tian carries an ultra-wide color display which is rare to find in sports models. It is standardly equipped with TFT 7-inch full color dashboard, and supports face recognition start, WIFI (Bluetooth) mobile phone map projection screen, image reversing radar, integrating a sense of dynamic, technology, luxury and security. The CT Titan is expected to be launched in China, Europe, North America, Southeast Asia and other markets next year.

With the increasing trend of electrification, leading traditional motorcycle enterprises have appeared with electric motorcycles, while more new species brands have appeared. As a pioneer in the field of electric motorcycles that pioneered the domestic category of “intelligent lithium-electric cross-cycling”, SUPER SOCO which has been deeply engaged in the electric two-wheeler market for six years, has shown an advanced layout of market opportunities in the field of new energy and urban light travel. Xie Yuxian said that the appearance of more and more electric motorcycle products shows that the high-end demand in the electric two-wheeler market is gradually emerging and also confirms the strategic direction of SUPER SOCO’s early layout of the middle and high-end electric motorcycle market, and the market capacity is still expected to grow in the future. (Source: WeChat: ZIYOUJIXIE)