October 10, 2020
Posted by: chinamotor
No Comments

FIDDLE125 ABS is a new version of the European retro model, with more retro streamlined appearance designs. The more concise and simple design elements present quite a stylish retro bike.

In addition to the pleasing appearance, the powerful power system is a highlight. Although the displacement is only 125cc, the water-cooled engine can generate a maximum power of 8.8kW and a maximum torque of 10.3N•m, which reaches the power level of many 150cc scooters.

Moreover, FIDDLE125’s brake is equipped with front and rear disc brakes and has front and rear dual channel ABS. It has 12-inch front and rear hubs and double rear shock absorbers. In addition, it has a front fuel tank, which makes refueling more convenient and greatly improves the seat barrel space. The under-seat space is claimed to be able to hold a full-face helmet. 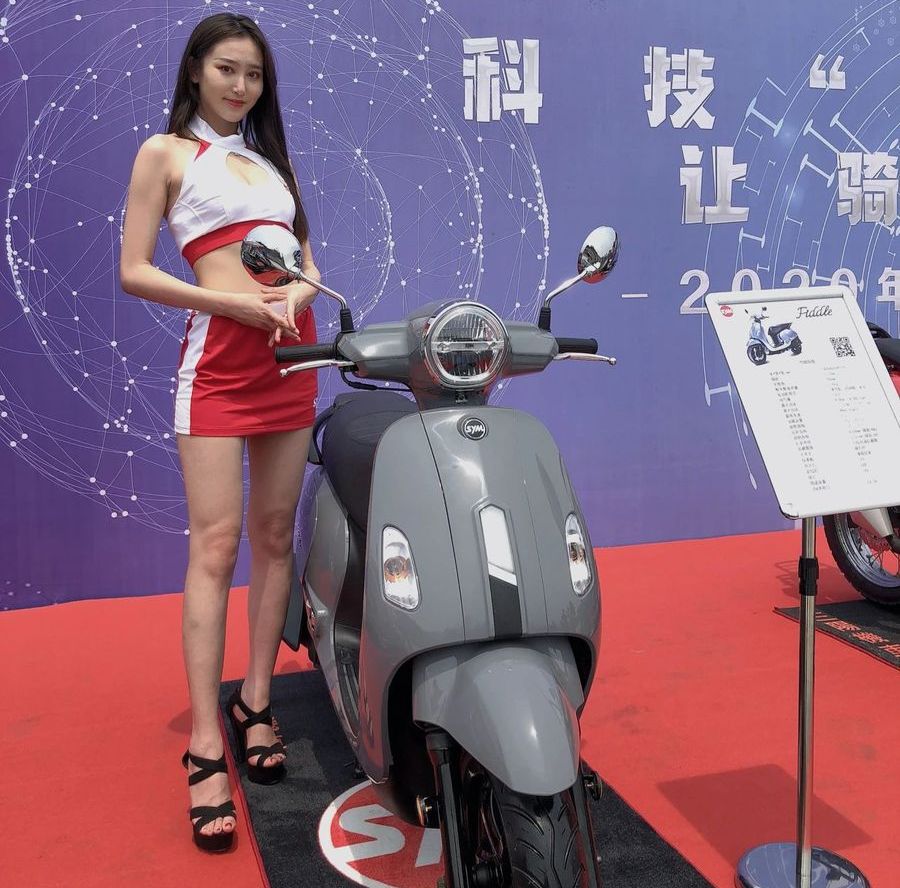 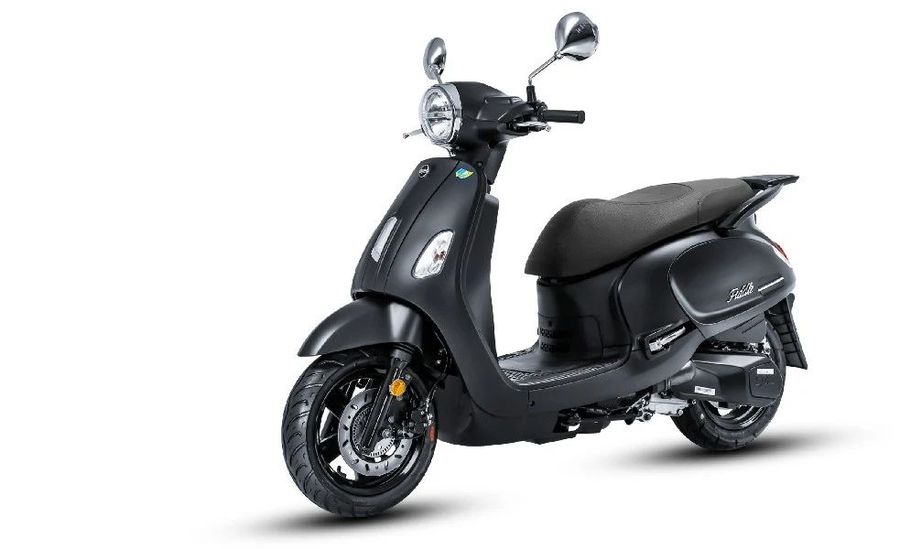 It is a small-displacement ADV model, which was unveiled at EICMA in 2017 as a kind of concept motorcycle. It is now put into mass production and retains the exterior design of the concept version. The motorcycle looks rough, but has a slim body, with LED headlight, front and rear steel wheel rim, and front 19-inch and rear 17-inch hubs. SYMNH-T200 adopts bird’s beak design, with a strong off-road temperament. Above the bird’s beak is the vertical LED headlight with neat lines presenting a sense of science and technology. The upper windshield is much smaller than it was on the concept, which makes it less practical.

The front fork is the vertical type shock absorber that has a long stroke for off-road riding purpose, which even provide good comfort on highways. The rear suspension is a four-link shock absorber. The tire size is front 100/90-R19 and rear 130/80-R17. The larger front wheel provides a larger crossing angle, and the steel wire wheel rim enhances the function of shock absorption as well as the off-road style. It also has front and rear disc brakes and double channel ABS.

The motorcycle is powered by a 183cc water-cooled four-stroke SOHC 4-valve single-cylinder engine with a maximum power of 13.5kw and a maximum torque of 15.7N•m. It focuses more on torque at low and medium revs but also on output at high revs. The original standard design has engine protection plate and protection bar.

DRG158 is a stylish mid-sized sports scooter. The name is a variation from the Italian Drago. The dragon symbolizes speed and power. As one of SYM’s mythical beast series, it is a sister model to the previous FNX (phoenix). The designer incorporated the dragon body elements into the scooter body to create dynamic images in a static state. The exterior highlights lie in the floating tail and streamlined body shape.

It is equipped with a 158cc water-cooled engine with strong output. The maximum power reaches 11.4kw, and the maximum torque is 15.4N•m (5,500r/min). Both the power and torque are superior among the same level of models. At the same time, DRG is also equipped with SYM’s three zero technologies, i.e. the Zero-Resistance Starter & Generator System, Automatic Start-Stop System and Anti-Lift Engine Hanger System. And the ALEH (Anti-Lift Engine Hanger System) can inhibit the swing and fadeaway caused by change of gravity center during acceleration, and improve the three axis balance of front fork, frame hanger, and rear suspension, keeping the motorcycle in good posture during acceleration and while exiting a bending to get a better riding experience.

It is designed with a front positive shock absorber and adjustable rear shock absorber. The front and rear disc brakes are provided with Bosch 10 ABS. The 135kg DRG158 also features easy and flexible handling. 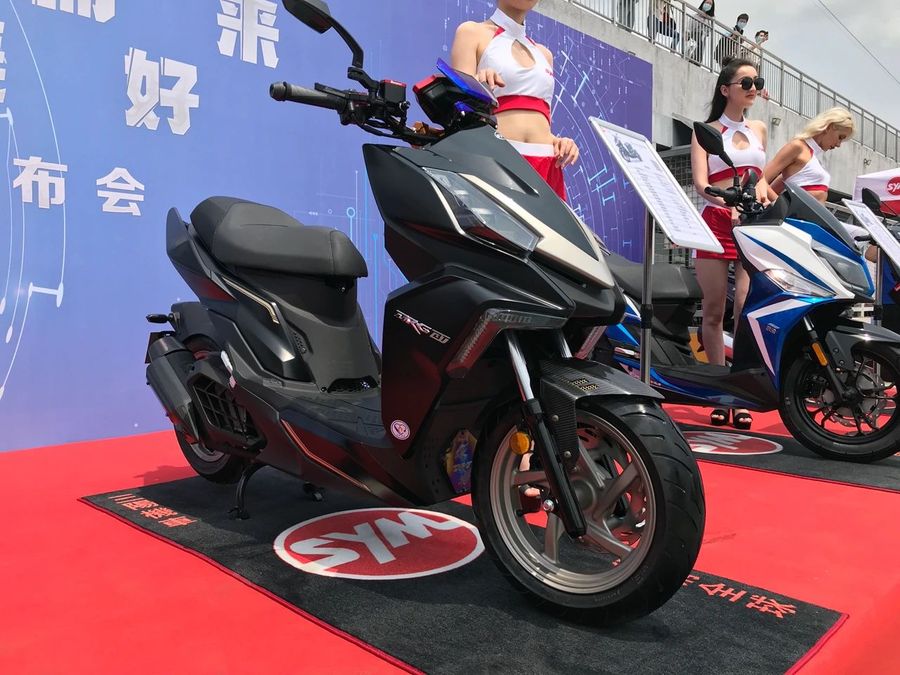 The name of TL is short for parallel Twin Line, which integrates the water-cooled parallel Twin, locking type frame, and six-link shock absorber, providing sports bike level handling and scooter level comfort. It is a big pure powerful sports scooter from the inside out.

MAXSYM TL adopts a 465cc water-cooled parallel twin 8-valve engine with a maximum power of 29.8kw and a maximum torque of 42.14N•m. The frame of MAXSYM TL is basically a standard frame. By adjusting the connection between the frame and the engine, the engine undertakes part of the frame function, so that the weight to the front and rear wheels can reach 50:50, which also brings easier steering. MAXSYM TL changed the belt transmission of a scooter to chain transmission.

The headlamp uses double lens LED light source, with two LED driving light bars. The tail light is a highly recognizable LED flame light. The instrument panel is divided into three parts: TFT meter at the middle, a LCD meter at both the left and right, providing adequate information on the speed, rev, time, etc. It is also designed with keyless start function. 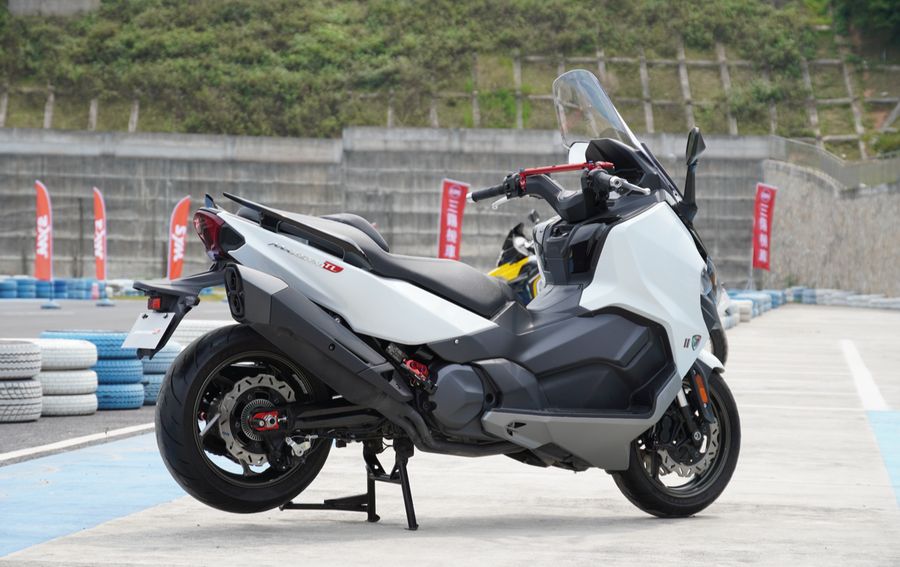 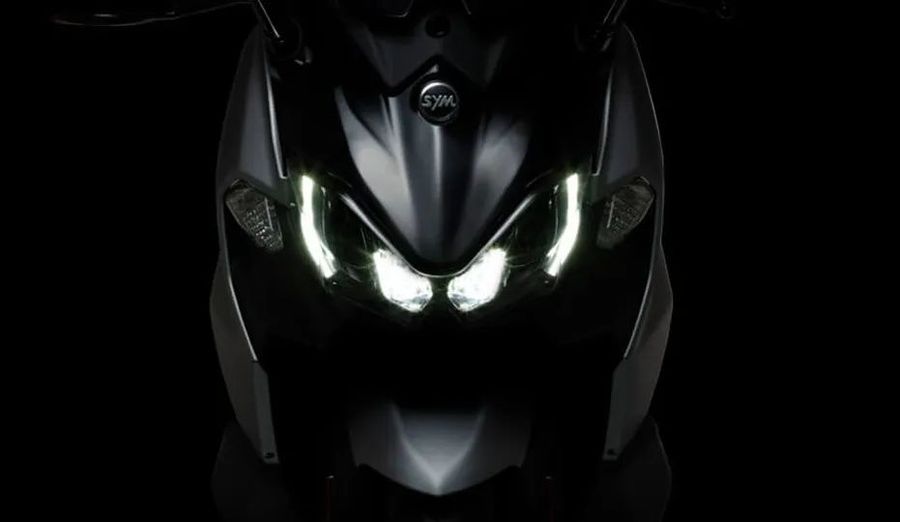