The Electric Two-wheeler Industry Is Enjoying A Good Development Momentum 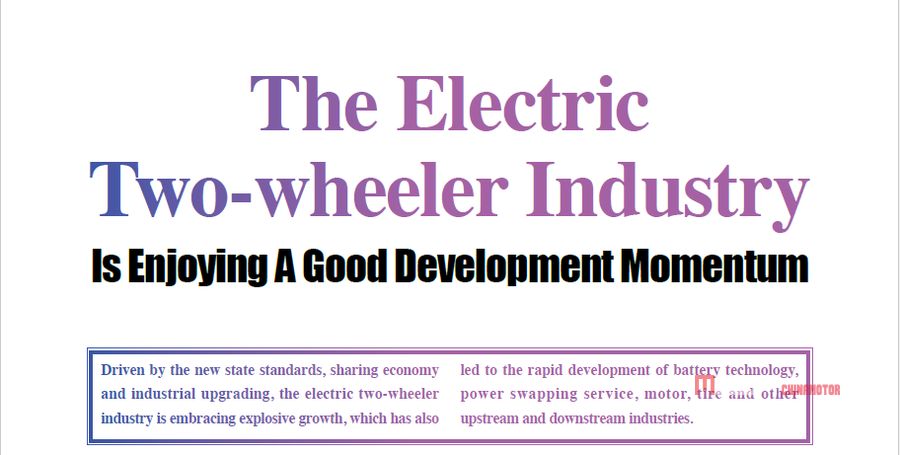 Driven by the new state standards, sharing economy and industrial upgrading, the electric two-wheeler industry is embracing explosive growth, which has also led to the rapid development of battery technology, power swapping service, motor, tire and other upstream and downstream industries.

Production and demand rocket with the market size reaching 100 billion

Regarding the overseas market, some regions with large population and rapid economic development use electric two-wheelers as the main means of transportation, and the market demand is as large as that in China. Influenced by China’s sharing economy, European and American countries are highly receptive to the two-wheeled vehicles launched by Chinese enterprises.

According to China’s customs statistics, from January to May 2021, China exported 7.8646 million electric two-wheelers (including scooters), with a year-on-year growth of 143.10%, and the export value totaled USD1.906 billion, a year-on-year increase of 135.96%. 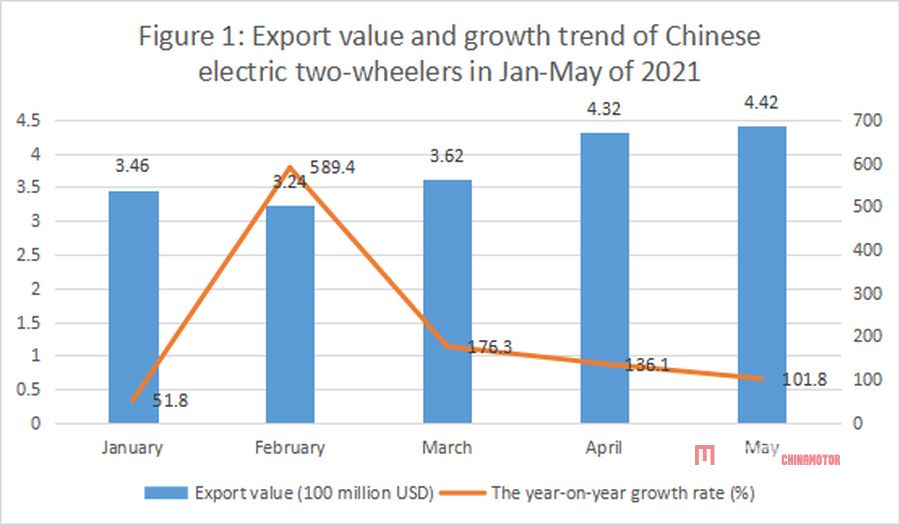 Figure 3: Export of Chinese electric two-wheelers to different continents in Jan-May of 2021 (by export value)

Strong demand in overseas markets will bring a 10 million-level incremental space for the production of electric two-wheelers in China. Electric two-wheeled vehicles will also become a huge industry reaching a 100 billion scale. With the “Belt and Road” initiative going global, they will benefit billions of people.

The production and sales of electric bicycles showed a rapid growth trend. It is expected that China’s annual production of electric two-wheeled vehicles will remain above 40 million in the next decade. The electric two-wheeler market is also full of capital dynamism. According to relevant reports, the share price of the industry leader YADEA has risen 901% within a year, the share price of NIU has also risen fourfold since the beginning of 2020, and AIMA had its IPO application approved in May 2021. In addition, some bike-sharing brands, such as Hellobike, Didi Bike (Qingju) and Meituan, entered the market. Electric two-wheelers may become a new fashion of mobility.

The industry has experienced “boom”, “sluggishness” and “recovery” in 30 years At the beginning of the 21st century, the motorcycle market shrank and the electric two-wheeler industry took off. In addition, since the 1980s, China’s urbanization rate began to improve rapidly, and the demand for two-wheelers as a means of transportation continued to grow due to their advantages of economical efficiency and portability. During the ten years from 2001 to 2010, the number of electric two-wheeler enterprises in China grew rapidly, with a total of more than 240,000 new enterprises added, 17 times the 10-year increase of 1991 to 2000, with an annual average registration growth rate of 33%. Among them, 2003 is the year of the fastest growth of electric two-wheeler enterprises, with an annual registration growth rate of more than 51%. 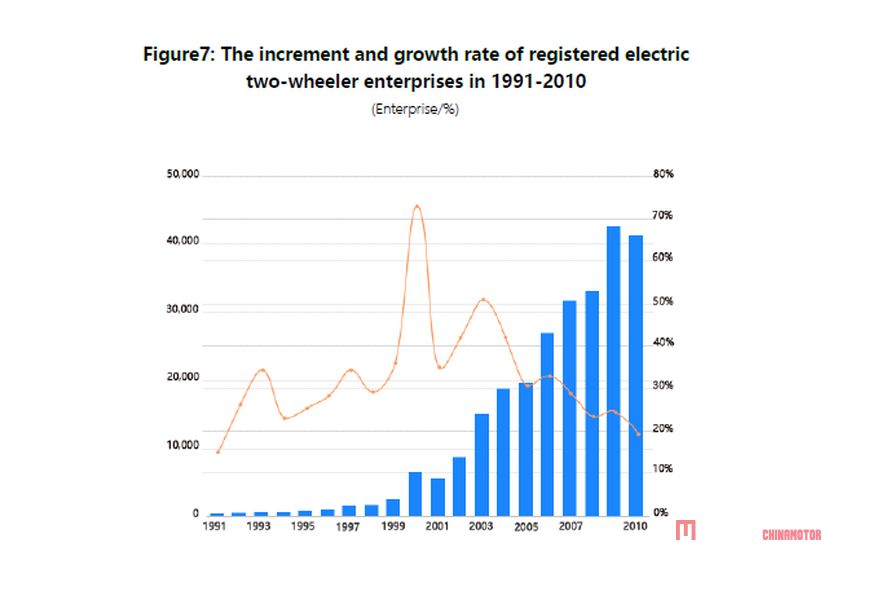 The new round of recovery of China’s electric bicycle production began on May 15, 2018 — the release of the new state standard Safety Specifications for Electric Bicycles (GB17761-2018). It is expected that the new standard will drive a replacement demand of 51 million vehicles in five years. Moreover, the demand for electric two-wheelers will continue to grow in tandem with the development of e-bike sharing and the delivery industry. Lithium-ion batteries have incomparable advantages in terms of light weight, long cruising range and life. Since the introduction of new state standard in 2018, the annual registration growth rate of lithium battery enterprise has always been higher than that of lead acid battery enterprises. In 2020, more than 50% of new electric bikes released by major brands are equipped with lithium batteries.