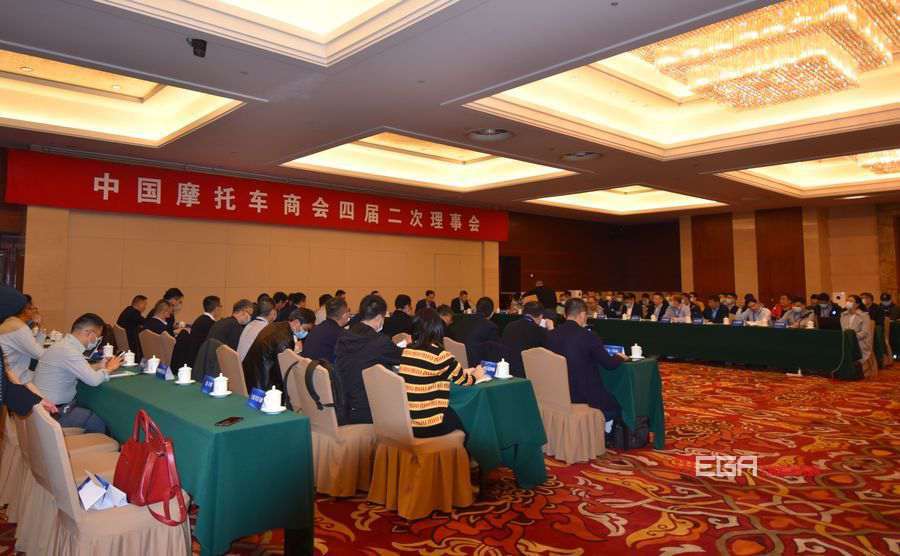 On April 22, the fourth session of the second council meeting of China Chamber of Commerce for Motorcycle(CCCM) was grandly held in Beijing. Zuo Zongshen, President of Council of CCCM, Li Bin, Executive Vice President of CCCM, Zhang Hongbo, Secretary General of CCCM, Xing Chuan, Director of Foreign Trade Department of Ministry of Commerce, and Hu Wei, Director of International Relations Department of Ministry of Commerce attended the meeting, with representatives of nearly 60 council members from all over the country. During the meeting, relevant leaders of the Chamber of Commerce made a summary speech on the work in 2020, and discussed the work plan and key points in 2021 with all governing units.

MEGA CHINAMOTOR,  as a council member of the Chamber of Commerce, was invited to participate in the conference and has brought up an authoritative interpretation of the export situation of Chinese motorcycle industry. 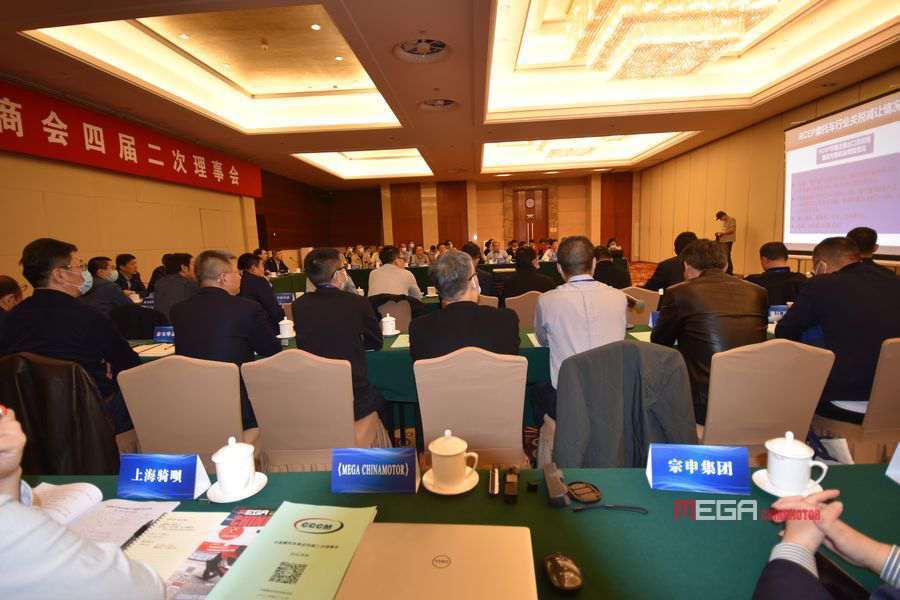 The meeting was held by Executive Vice President of CCCM, Li Bin. He  firstly welcomed the leaders from the Ministry of Commerce，then he showed gratitude to the Foreign Trade and International Relations Departments of Ministry of Commerce, who have always been concerned about the motorcycle industry development, especially giving support in export policy and export order. He also expressed the hope that the two departments could continue to guide the relevant work of CCCM in the future. “2021 is the beginning of China’s ‘14th Five-Year Plan’, CCCM will promote the solution of industry tax, marketing environment, and other important issues related to the development of the industry, encompassing relevant interests of industry and enterprises.” 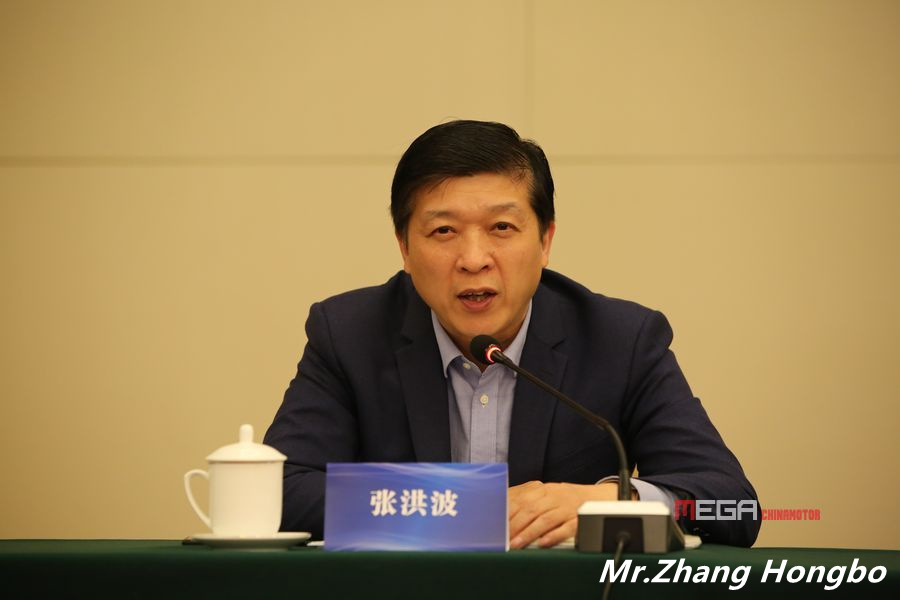 At the end of the meeting, President Zuo Zongshen made a summary speech on the work of Chamber of Commerce, the reform and the self-discipline of the industry.

“In the future work, the Chamber of Commerce should actively enter the world, participate in international cooperation, and enhance its international influence. The industry and enterprises should also strengthen self-discipline and regulate industry behavior. The Chamber of Commerce should strengthen its own reform, establish the service consciousness of the whole industry, improve the cohesion of its members, and comprehensively enhance its service ability.” In addition, Miao Ligang, Manager of CIEC, and Yu Zhijie, Director of International Cooperation Department of the Chamber of Commerce, respectively reported on the preparation of Beijing International Motorcycle Exhibition on May 28 and the summit during exhibition. Ma Chong, Principle of Sanlian Bookstore, reported on the compilation of Hello Motorcycle, which is expected to be published in the first half of 2022.

It is noticed that two leaders from the Department of Foreign Trade of Ministry of Commerce have issued and interpreted authoritative statements on the foreign trade situation and foreign business environment of Chinese motorcycle in 2020.

Director Xing Chuan firstly affirmed CCCM’s outstanding achievement in the field of promoting foreign trade industry, since it bucked fears of slowdown under COVID-19 epidemic and other external challenges. He also released the data of foreign trade in motorcycle industry in 2020 and the first quarter of 2021. 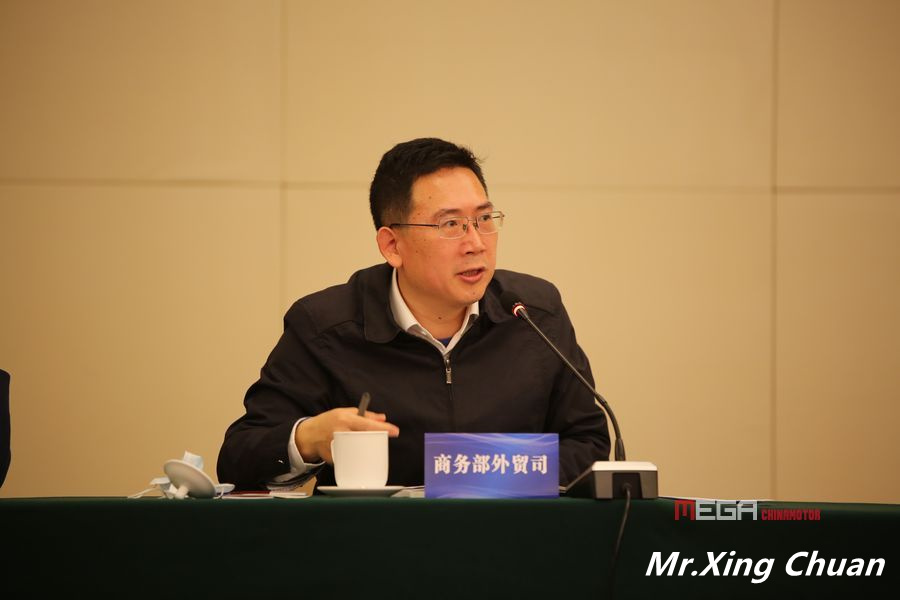 However, with emerging countries restoring the productivity in succession after the epidemic being controlled, added by Sino-U.S. game, the export market, including Chinese motorcycle will usher in a new challenge. This also urges enterprises to save for a rainy day, seize the window period, take root in foreign countries, attach importance to brand promotion, realize the transformation and improvement of the enterprise itself.

Director Hu Wei said that RCEP is expected to come into effect in January 2022, and he hoped that the motorcycle industry and enterprises could further understand and make good use of the policies of RCEP to further expand their external market development space. 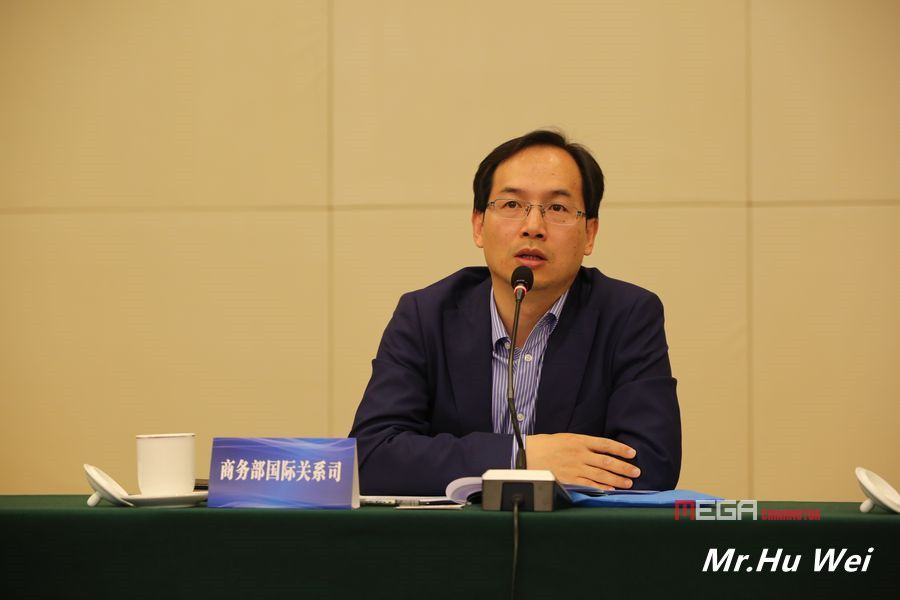 It is reported that China and ASEAN formally concluded the Regional Comprehensive Economic Partnership Agreement (RCEP) last year. This “circle of friends” for economic and trade in Asia-Pacific covers 30% of global population, 30% of global economy and 30% of trade volume. It is the largest free trade area in the world. A more reasonable and mutually beneficial model of trade cooperation will be established among 10+6 members. Compared with European and American markets, which are filled with fierce competition and increasing uncertainties, the ASEAN market with huge motorcycle ownership and more advantageous tariff policies is undoubtedly a better place for Chinese motorcycle enterprises to enter the world.

It is acknowledged that the current global environment is in a century of great changes, the “14th Five-Year Plan” puts forward “Science and Technology Power”, “Manufacturing Power”, incubation of world-class industries and enterprises notions to show the goal planning, which is also forcing the rapid upgrading of the national manufacturing industry, including Chinese motorcycle industry.

From the achievements of the Chamber of Commerce in 2020 and the relevant plans for 2021, we clearly feel the new development opportunities and broad future of the industry under the cloud of the epidemic, and MEGA CHINAMOTOR will continue to become a better bridge of Chinese motorcycle industry to conquer the overseas market, and help the industry and enterprises to further develop and grow. 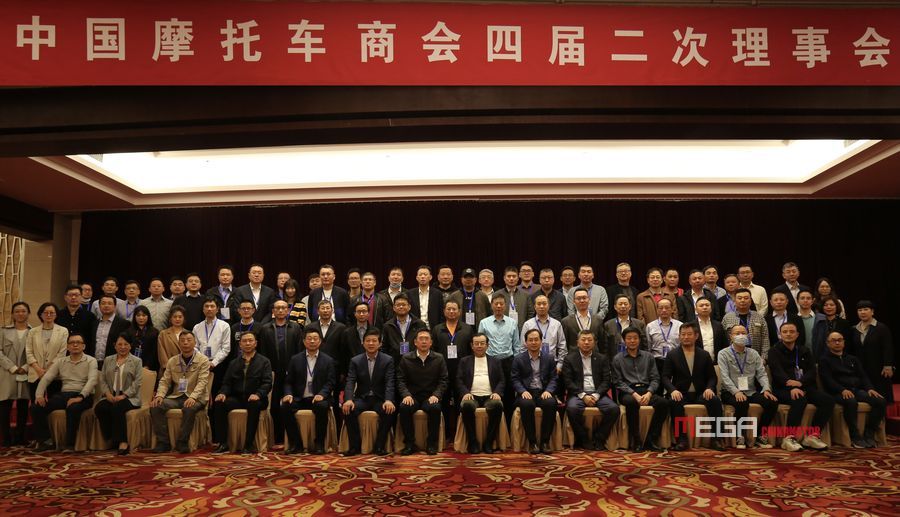