The Trip To Yufeng Mountain By Riding LIFAN KPMaster and V16 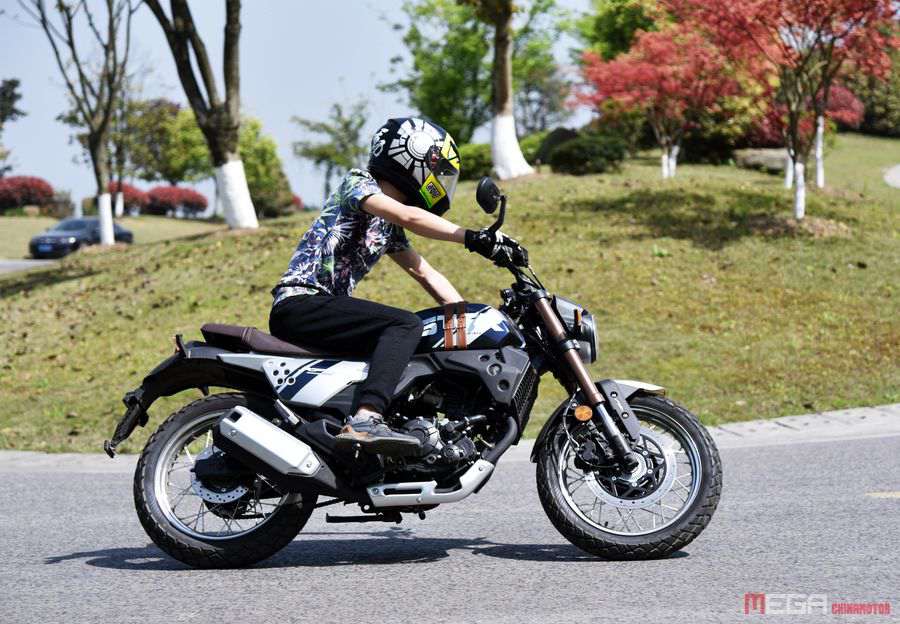 In the most beautiful April, the spring breeze strokes the face, with green willow swaying everywhere. Two motorcyclists, Father Zhong and a young man Xiao Ding, rode LIFAN KPMaster and V16 (the National IV Emission Standard version) on an outing trip, the destination of which is the Yufeng Mountain, known as the “lung” of Chongqing. 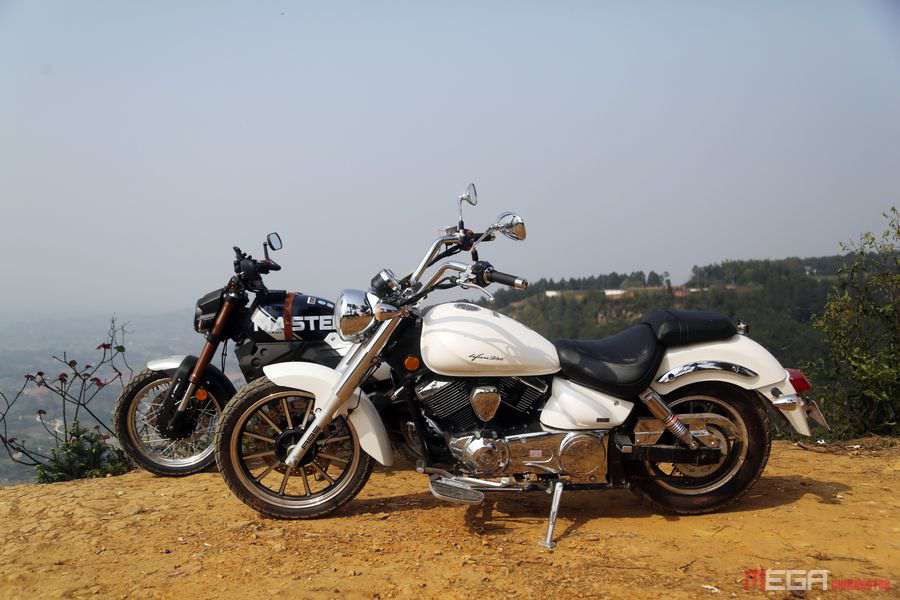 Located on the outskirts of Chongqing, Yufeng mountain is rich in vegetation. In spring, the mountain is covered by flowers, especially sakura. The two was attracted by the flower fragrance and amazed by the romance of sakura.

Along the winding mountain road up the hill, beautiful sceneries exist with numerous curves. The two riders had a pleasant experience riding in a mountain while enjoying their “one-day mountain flower sightseeing”. There were many unknown mountain flowers on the roadside, flaunting with the wind, greeting with special fresh fragrance. This was the first time that Father Zhong and Xiao Ding went on a short-distance journey together. They got to know each other because of LIFAN and made good friends because of common interests. During the journey of more than 600 kilometers, they rode wildly, casually, they helped each other, and they exchanged their motorcycles… This journey is long enough to get to know a person, a motorcycle, or even a brand. How was the riding experience of the two-day short trip? KPMaster: Although it is a part of LIFAN’s KP family, unlike many KP models, it is a retro bike, with a classic look. Compared with other domestic similar models, we can see more of the innovative spirit of LIFAN from KPMaster. We can feel LIFAN’s original development core from the design of headlight,instrument panel, fuel tank and many other details. At the current moment when “borrowing” is popular in design, KPMaster is a clear stream with its independent design elements.

V16 (National IV version): The upgraded National IV version V16 becomes more considerate in details, such as the exhaust system and the front and rear foot pedals. Riding the motorcycle in the street can always attract a lot of onlookers. Two days’ riding covered a distance of more than 600km, and the two people basically rode on the national highway in Chongqing, completely cement pavement, smooth and clean. Riding on such a road on such comfortable bikes is an extreme pleasure for the riders.

Along the journey, KPMaster and the upgraded V16 are operated flexibly, with responsive shifting. The smooth handling made the riders unconsciously twist to the throttle to the most. When they encounter a closed section with a straight road, no other traffics passing by, Father Zhong rode KPMaster to a top speed of 110 km/h, and Xiao Ding speeded up his V16 to 115 km/h. The top speeds are more than satisfactory for these two urban-purpose motorcycles.

During the whole riding process, KPMaster has excellent interaction. The gear shifting was very linear, no dragging between any gears. The upgraded V16 did not need much attention on the gear shifting while riding at low speed due to the broad coverage of engine power. While riding at a high speed, the two-cylinder engine provided a steady flow of power, and the engine vibration was not too obvious, allowing a quite leisure riding.

KPMaster and V16, though coming of different models, emphasize urban use features and highlight their cultural core, without blindly pursuing a high speed. They are competent for daily commuting. 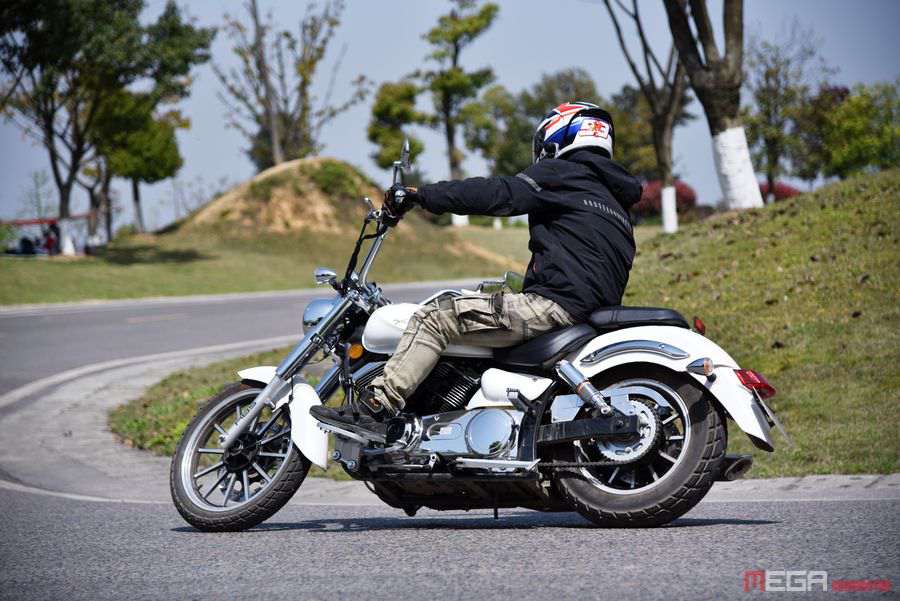 Running on the roads of a mountain city, inevitably you will meet various curves. Thanks to a short wheelbase, a higher body and a more sensible modular split type frame, KPMaster showed as good handling characteristics as a street bike, with each turn being just right and very flexible. V16 has a relatively small clearance from the ground and low body center of gravity, and the counter steering angle stays within 30 degrees, so the rider does not need to deliberately adjust his sitting position while riding into a sharp curve, which is easy and flexible. 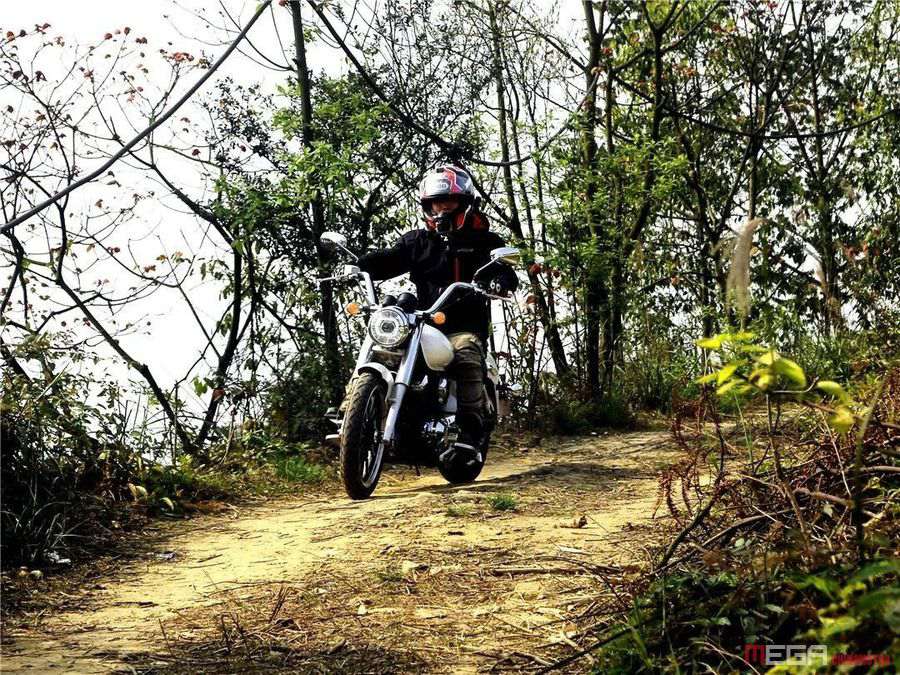 There was a section of wild road full of sand and gravel, on which the two riders had a dirt bike riding experience out of KPMaster and V16.

Running on such road, KPMaster’s outperformed V16. Due to the KPMaster’s partially sport bike setting, it is more flexible in handling. The soft front shock absorber played an excellent filtering effect on the undulations and small potholes of the road surface, while the rear shock absorber showed good supporting characteristics that effectively resolved the impact from the road, while V16 was a little bit cautious in this section. The low center of gravity only made V16 pass that road in a more leisure way.

During the travel over 600km, the performance of LIFAN KPMaster and upgraded V16 was brilliant and impressive. For two days, KPMaster and V16 were measured to have a comprehensive fuel consumption of 2.5 L and 2.8 L per 100 kilometers, which is good for the two 250cc models. During the two-day’s ride, there wasn’t any problem with the two motorcycles. LIFAN’s quality  is truly reliable.（Source: WeChat: LF601777） 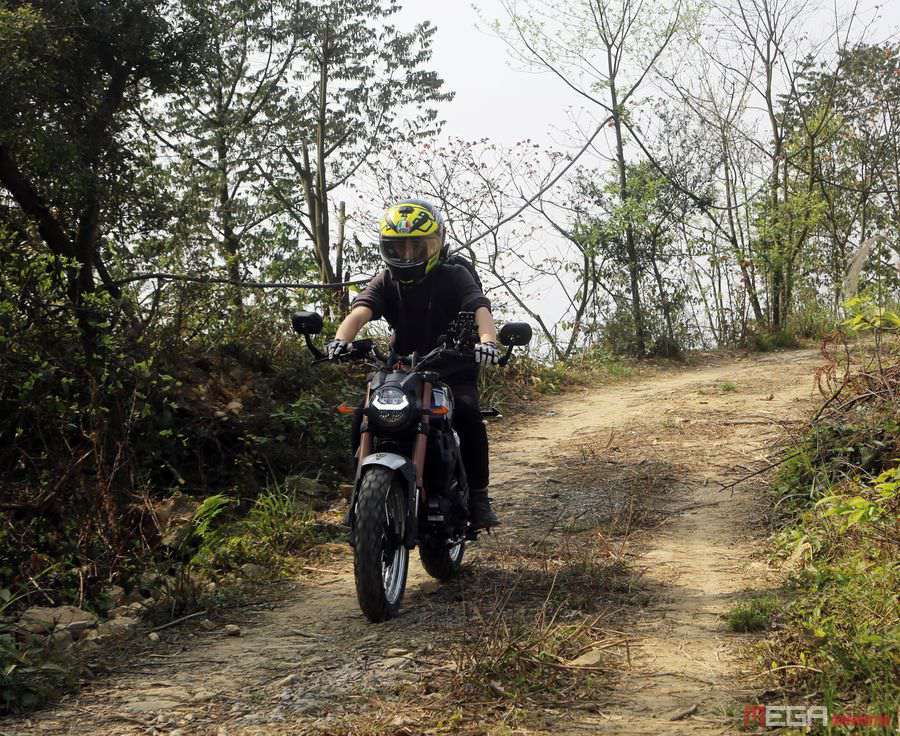 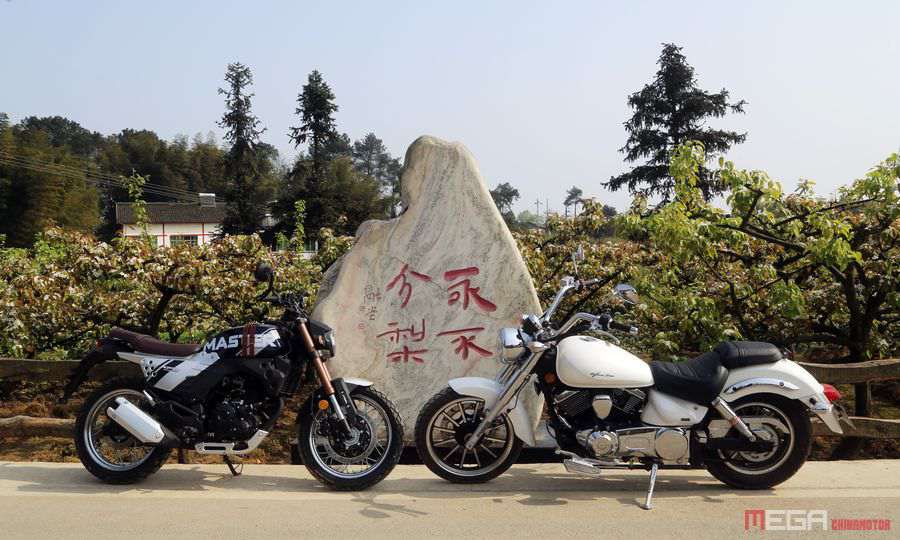 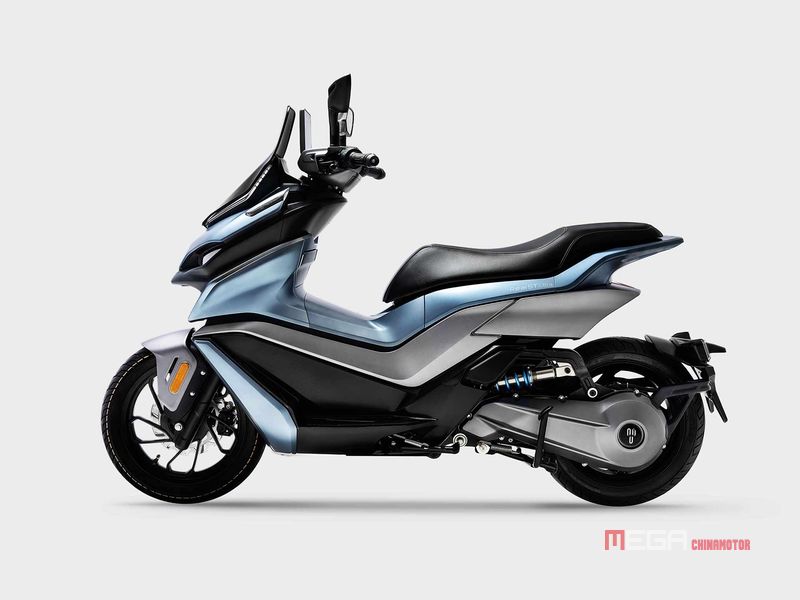