The Upgraded 2022 Cyclone RT3 Has A Favourable Price Tag 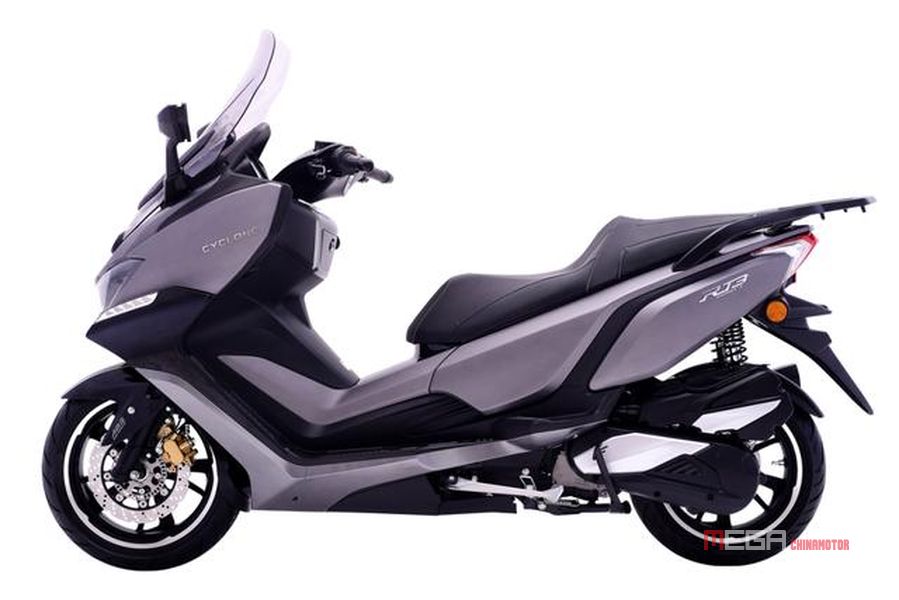 On February 24th, Zongshen Cyclone held a new product conference in Chongqing, announcing the official launch of the 2022 Cyclone RT3. Like the old model, the new RT3 comes with three versions: freedom/premium/intelligence version.

The freedom and premium versions have extra quality but no extra costs (the same price the previous versions, while the intelligence version is even 1000 yuan cheaper than the old one despite of higher quality.

Cyclone RT3 is a veteran among the domestic big scooters. The RT3 R&D department was established in May 2016, and the RT3 debuted in Chongqing Motorcycle Expo in September 2017. Now Cyclone RT3 has become a leader among its peers, with global cumulative sales exceeding 50,000 units.

As a very mature big scooter model, Cyclone RT3 continues to evolve, and the launch the of 2022 model will further enhance its competitiveness in the market.

Cyclone has made 13 upgrades to bring out the new model:

To meet users’ requirements for a big scooter, the 2022 model increases the bucket space without adding a tail box, which can hold a full-face helmet. At the same time, the cushion is enlarged and widened for riding comfort.

The 2022 model comes with five-mode handlebar heating and seat heating function options to avoid the trouble of further modification. The backlit auto-grade handlebar buttons are also a highlight, while the left and right horns are adjustable. 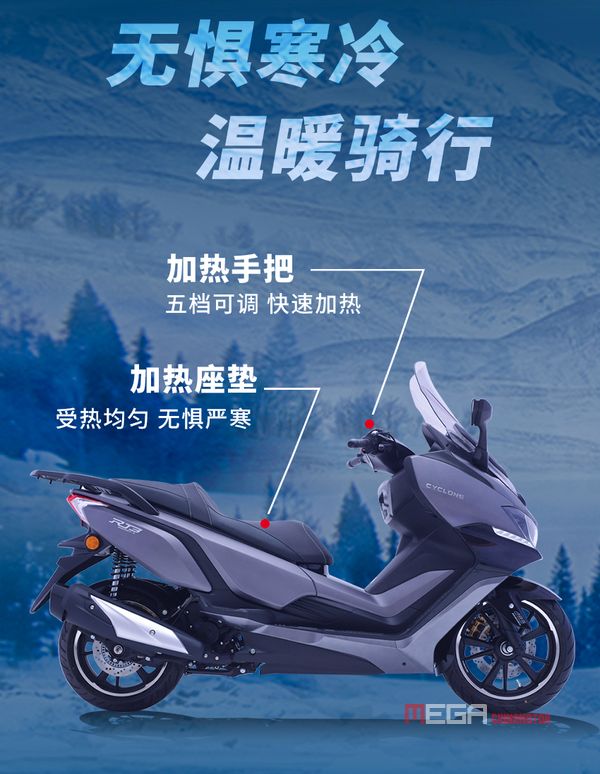 While the new RT3 is designed with keyless startup, it also provides a smartwatch key (optional), eliminating the embarrassment of key loss and making riding more convenient.

The big scooter can have spoked wheels (optional), which is rare among the current domestic models. Spoked wheels can provide RT3 stronger adaptability to multiple road conditions.

The upgrade double throttle cables help better cope with extremely cold weather. The high and low beams can be on simultaneously (the low beam is always on) to improve illumination effect during the night.

The shock absorbers are upgraded with longer travel and greater comfort. The steering mechanism is optimized in the bearing, the tube and the lower coupling plate.

The installation process of the water tank is optimized, so do the manufacturing process of the front fender and the cable waterproof process. The new model uses Timsun tyres.

The 2022 RT3 is still equipped with a 247cc single-cylinder water-cooled engine from Daelim, with a maximum power of 17kW (23hp) and a maximum torque of 22.5N.m. The engine has been tested in the market for many years and is mature in all respects. The engine runs consistently and has good high-rev endurance, delivering a top speed of over 120km/h (GPS reading), which is a rarity on a 250cc scooter.

Among the domestic 250cc scooters in the market, Cyclone RT3 holds a safe lead in sales. The launch of the 2022 model will further strengthen RT3’s competitiveness, offering a greater choice for scooter enthusiasts. 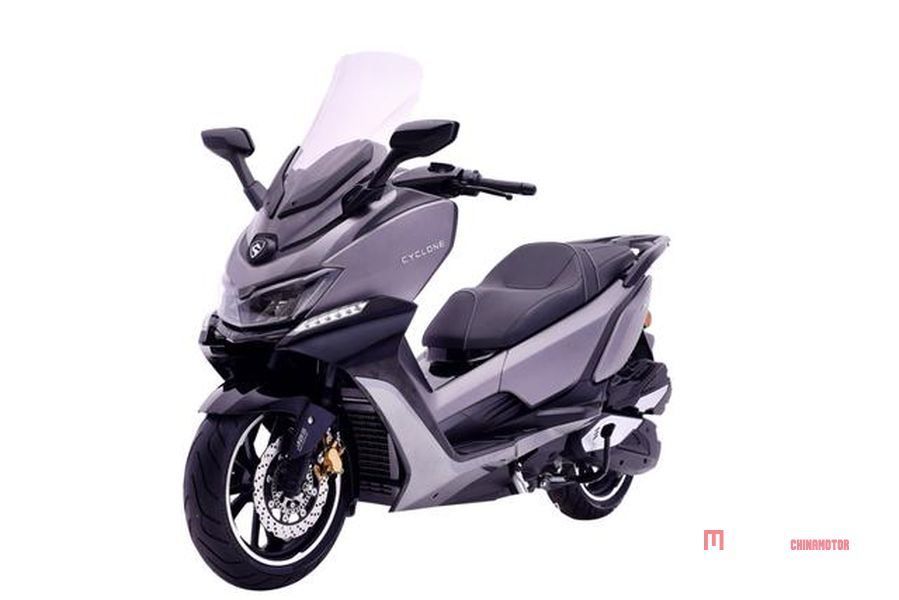