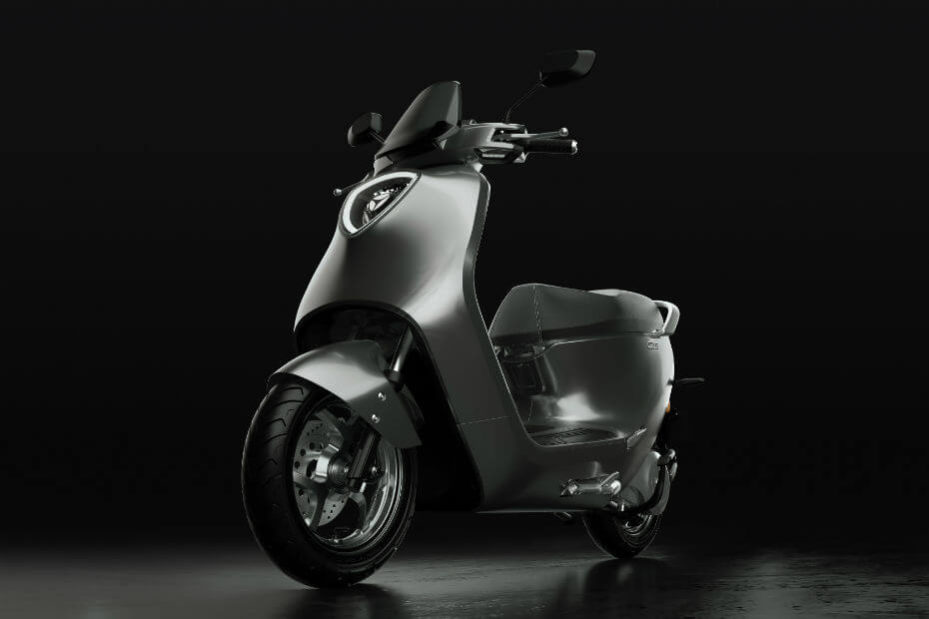 September 8, 2020
Posted by: chinamotor
No Comments

In March 2020, YADEA C1S, the overseas version of G6, stood out from many entries and won the German Red Dot Award for Product Design of 2020, which shows the world the extraordinary charm of YADEA’s electric scooters. Before that, YADEA had won the American “IDEA”, Chinese Red Star Design Award, among others. The Red Dot Award was founded in 1955–the Red Dot Award, the iF Product Design Award, the IDEA, the Good Design Award are well-known four big awards in the world. It is recognized as one of the world’s most authoritative design contest awards and known as the “Oscar” of international industrial design. It is to reward the achievements made in the automotive, construction, household, electronics, fashion, life science, pharmaceutical, and many other fields.

As an authoritative design competition platform, the Red Dot Award invites a number of international famous design experts to form a panel of judges every year to select highly qualified products. In 2019, more than 5,500 products from 55 countries participated in the award contest. Apple, Ferrari Monza, LG, Xiaomi, Skyworth, and many other brands had won this award before. YADEA has been committed to providing users with more pleasing products and services, and creating products with both excellent performance and stylish appearance. YADEA C1S (overseas version of G6) was designed by KTM’s designer KISKA, and it took three years to develop it. Inspired by vintage supercars, the design incorporates classical aesthetic elements, integrating elegance, personality, and technology to define new riding aesthetics.

With more attention to the fine design of details, YADEA C1S pays tribute to the aesthetics of car appearance. It has no exterior mounting point to present flat-seam joint on the body, and forms the 0.618 golden ratio structure to create the stylish streamlined modeling. YADEA C1S looks rather simple yet elegant. In addition, it uses Beckers coating, and goes through PU800 baking process, 9 spraying and grinding processes, and 800 hours of Xenon lamp aging test. The paint will look as bright and shiny as new no matter how long the scooter has been used.

In addition to its outstanding appearance, YADEA C1S is the first intelligent electric scooter equipped with an integrated side-mounted motor. Its power is comparable to that of a 125cc motorcycle. It also adopts a motorcycle level three-section hydraulic shock absorption system, as well as a frame of greater mechanical property. The scooter is equipped with the soft-pack lithium battery jointly developed with ATL. While satisfying users’ daily mobility needs, it also provides users with a free riding experience as if riding a motorcycle.

In addition, it is provided with the car-level YADEA-gene headlight, with self-induction function and grade C illuminance. The new intelligent central control technology, intelligent chip PKE, and GPS+GPRS dual-mode positioning system fully demonstrate the advantages of modern technology. At the same time, with the use of an APP, it can not only achieve self-inspection, intelligent alarm, positioning checking, and other functions through the central control system, but also track the real-time status of the scooter via a mobile phone. YADEA C1S has set up a new concept of intelligent development for the electric two-wheeled vehicle industry.

On November 5, 2019, YADEA made the debut of YADEA C1S at the EICMA in Milan, which attracted much attention of overseas media and users and became a hot topic on domestic and foreign social platforms. At the show, professor Bas Verkalk from the university of the Netherlands, who had ever ridden an electric vehicle to travel around the world in 80 days, highly praised YADEA C1S after he tried riding it.

YADEA C1S (the overseas version of YADEA G6) winning the Red Dot Award of 2020 once again demonstrates YADEA’s attitude of pursuing innovation and creating excellence. In the future, YADEA will continue to forge ahead with honors–accelerating technology research and development and continuously improving product design capabilities to provide users with more satisfying products and lead the development of the electric two-wheeled vehicle industry. 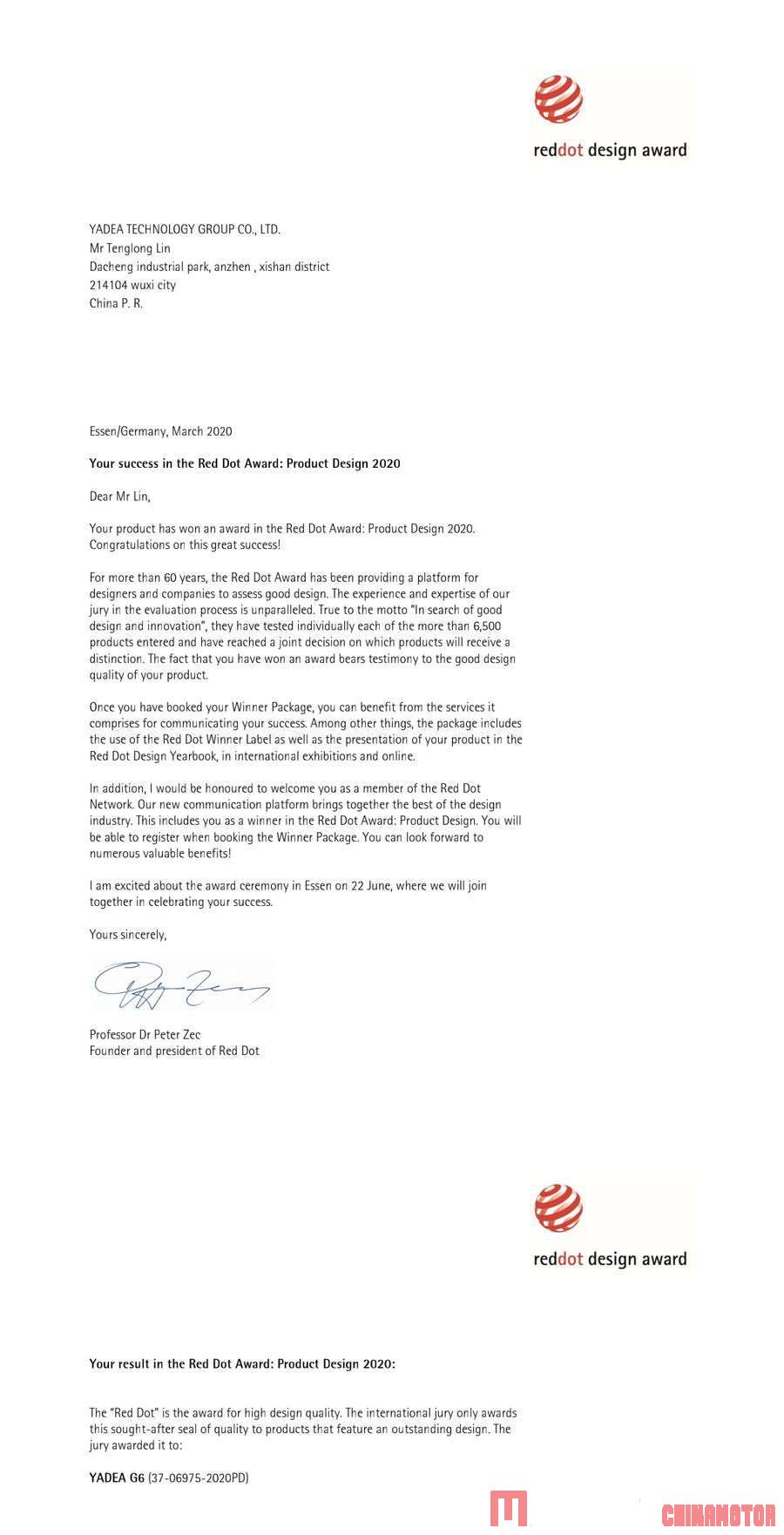