YADEA Completed A New Base for Its Global Layout 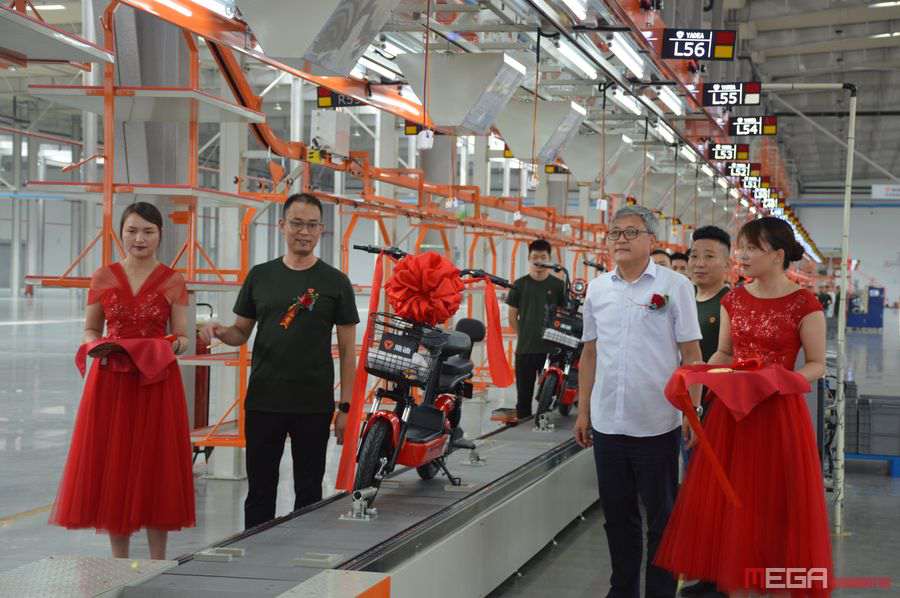 On July 1, an unveiling ceremony was held at Jinzhai County, Anhui Province for the first electric motorcycle manufactured by YADEA Anhui factory. This base is about 650,000 square meters, and has an annual capacity of more than 5 million units. The first order was also shipped on the same day. This is an important part of YADEA’s global strategic layout, which will provide consumers with more satisfying products and services.

Under the circumstance that COVID-19 has seriously affected the development of all industries and brought great pressure to people’s life and economy, YADEA’s Anhui production base actively removed the obstacles, integrated resources, and finished production three months ahead of schedule, becoming the only large production base newly built and put into operation in the electric two-wheeler industry after the epidemic. According to authoritative media statistics, in the second half of the year, there will be nearly 25 million electric two-wheeler market demand. The completion and operation of Anhui base will guarantee sufficient capacity for YADEA to seize the market opportunity in the post-epidemic period, and add new impetus for YADEA to realize the ambitious goal of selling 10 million vehicles in 2020.

In recent years, YADEA has speeded up its global layout and completed seven high-end bases in Tianjin, Jiangsu, Zhejiang, Guangdong, Chongqing, Anhui and Vietnam. YADEA has independent research and development ability, and the completion of Anhui Base will help accelerate its global development layout, achieving the significant transformation from “manufacturing” to “creation” with its tremendous strength.

The operation of YADEA’s Jinzhai production base is undoubtedly an inspiring event to the industry, especially under the impact of the epidemic. YADEA is confidently moving forward. As the world’s leading two-wheeled vehicle brand, YADEA is undertaking the important task of industrial upgrading, and continues to inject vitality into the domestic and global markets.