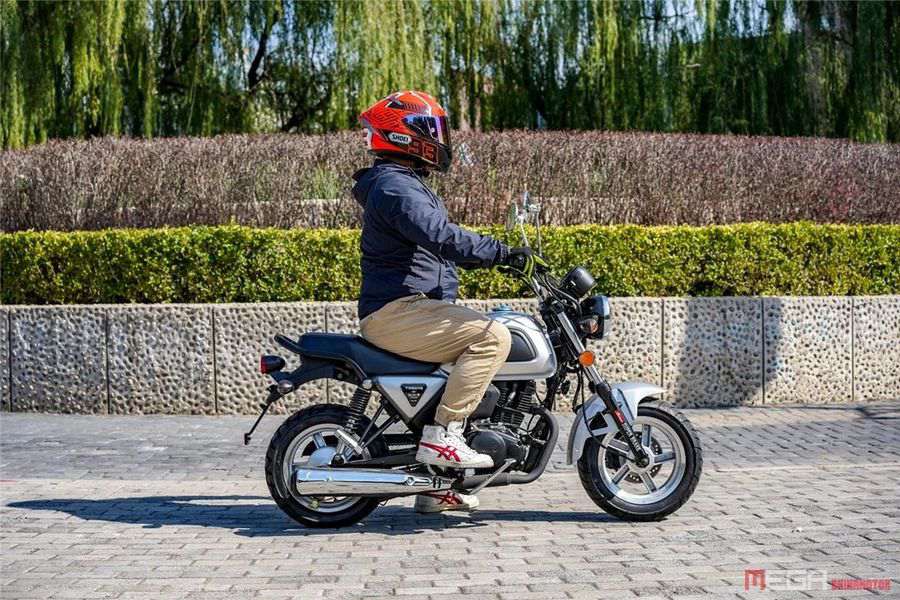 Since its launch, YINGANG MINI has been enjoying a good sales with its well rounded and lovely look. It is one of the preferred models for many entry-level players and Mini fans. Now, YINGANG MINI II (YG150-22D) has push out the National IV Emission standard version, which not only enhances toughness from the outside design, but also retains the appearance characteristics of MINI model.

The second generation YINGANG MINI, first of all, has a more muscular fuel tank, making the motorcycle appear more distinctive. Despite of the changes, it is still harmonious and beautiful. 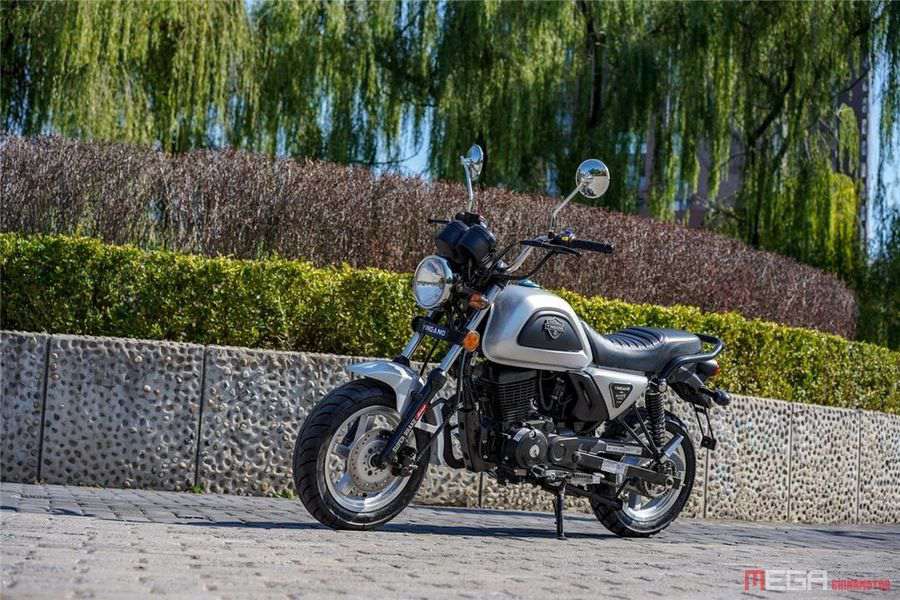 The headlight continues the round design. The front turn signal and the headlight match well with each other. The round LED taillight goes well with the halogen turn signal, demonstrating the same design concept as the front. 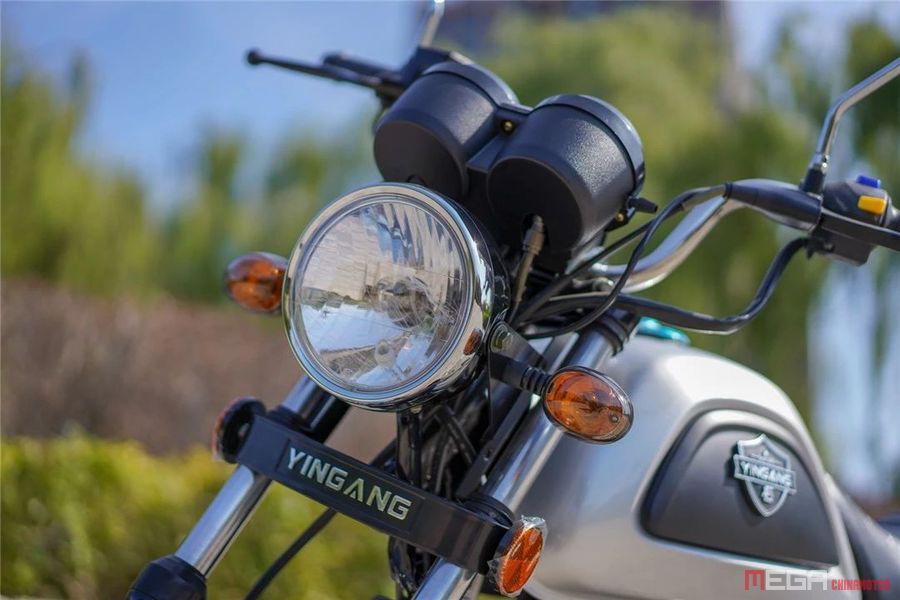 The slightly angular shape of the fuel tank makes YINGANG MINI II look “man enough”, while the compact tank has a capacity of 12.5L. The officially claimed cruising range is up to 400km. YINGANG MINI II has a ‘caterpillar’ seat design, which is longer than the previous model and is enough for two people. The front brake uses a single-disc one-way double-piston calipers, and the rear brake adopts drum-type brake. The exhaust pipe is equipped with silver metal anti-scald plate to effectively improve the texture of the pipe. 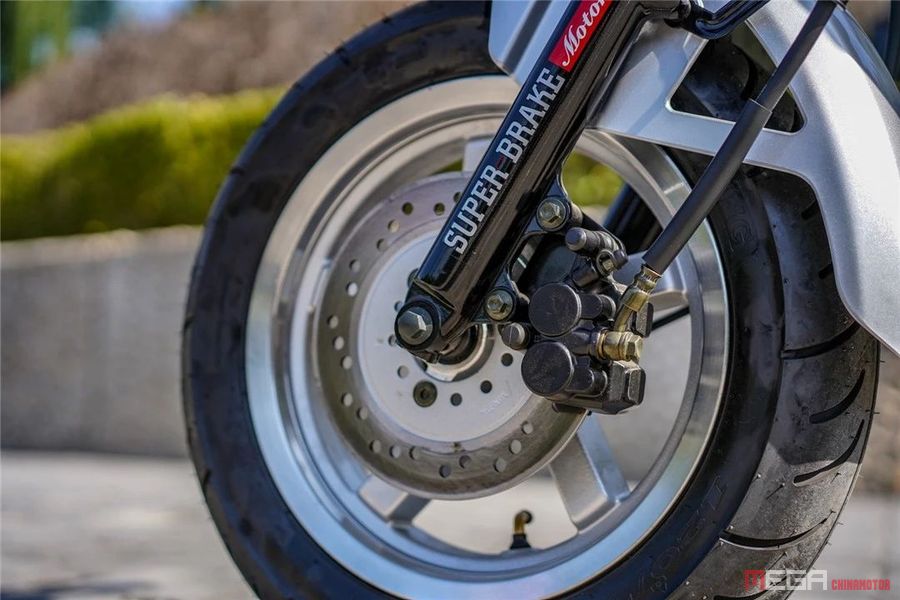 The MINI II has a vertical hydraulic front fork. The re-adjusted shock absorption system ensures better comfort on the road.

It has a rear double-tube shock absorber with the multi-stage adjustable function. It has front and rear aluminum alloy pedals. The controllers on the left and right handlebars are easy to be operated and their regular functions, using feeling and materials are all satisfying.

The new MINI carries a 2nd generation YGF engine. This single-cylinder engine with turbo-combustion balance shaft technology generates a maximum power of 8.2kw (11.2Ps)/7,000rpm and a maximum torque of 11.5N·m /5,500rpm. Its low-torque output is fast, which is suitable for urban use. The original motorcycle is also equipped with a reverse start pedal lever. 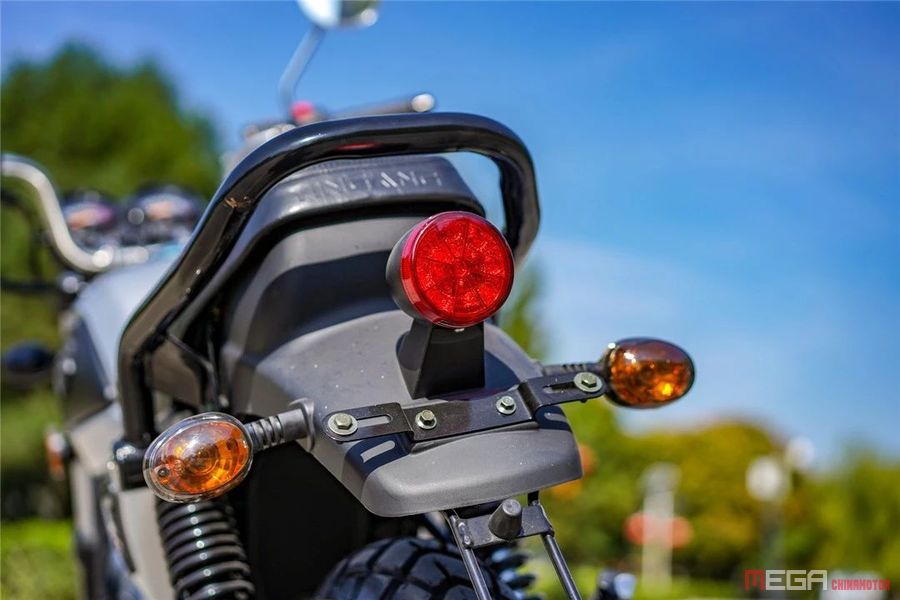 The seat height of the second generation MINI is 680mm, fully considering the convenience for riders of various heights.

The new MINI feels basically the same as the previous generation on the road. The weight of 124kg is matched with the actual engine displacement of 149cc, which makes the engine performance outstanding among the motorcycles of the same level. 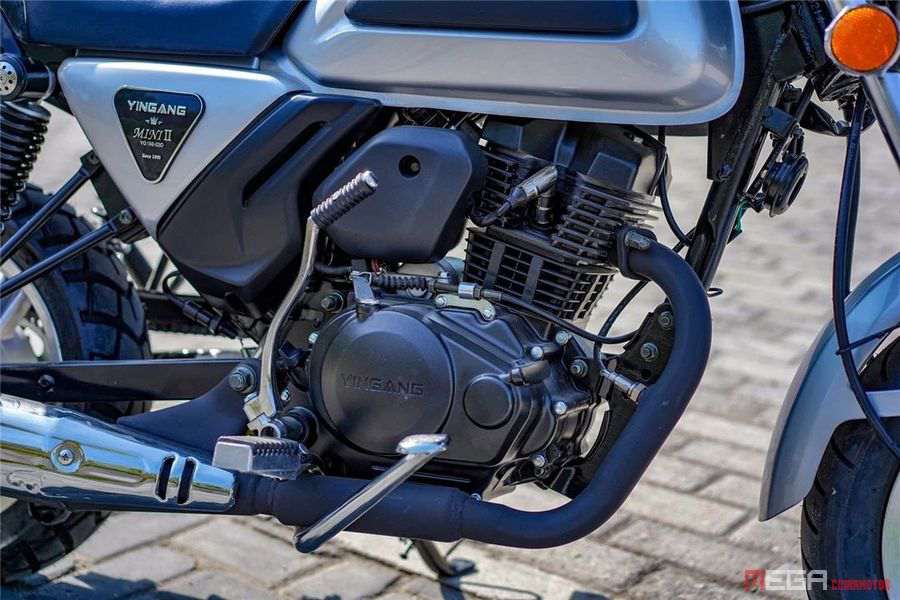 The brake system is just enough for daily use. The riding triangle is reasonable, allowing the rider a relatively comfortable posture and reducing riding fatigue. 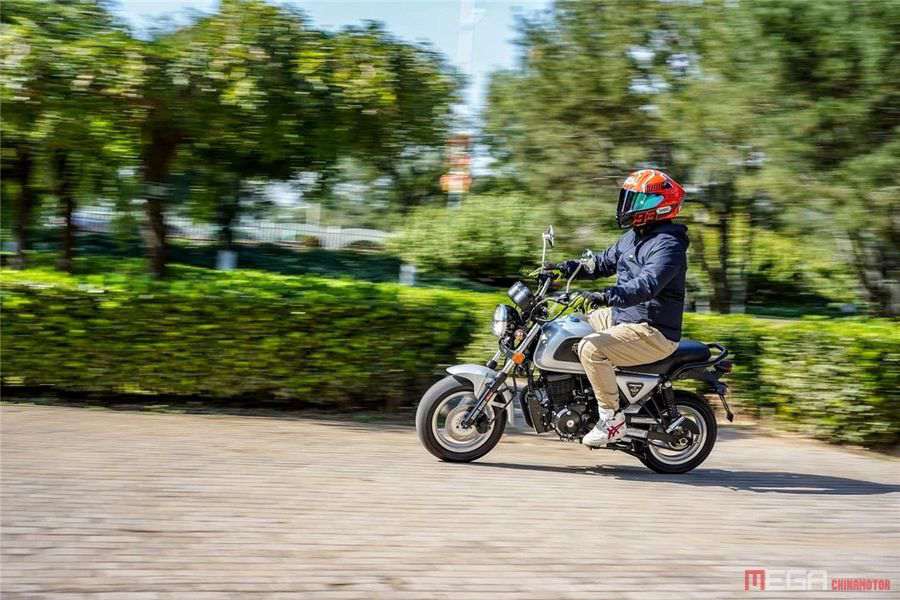 As a representative of entertainment motorcycles, the new YINGANG MINI, with the good reputation established from the first generation, is another worthy option. (Source: WeChat: WFT-MT)