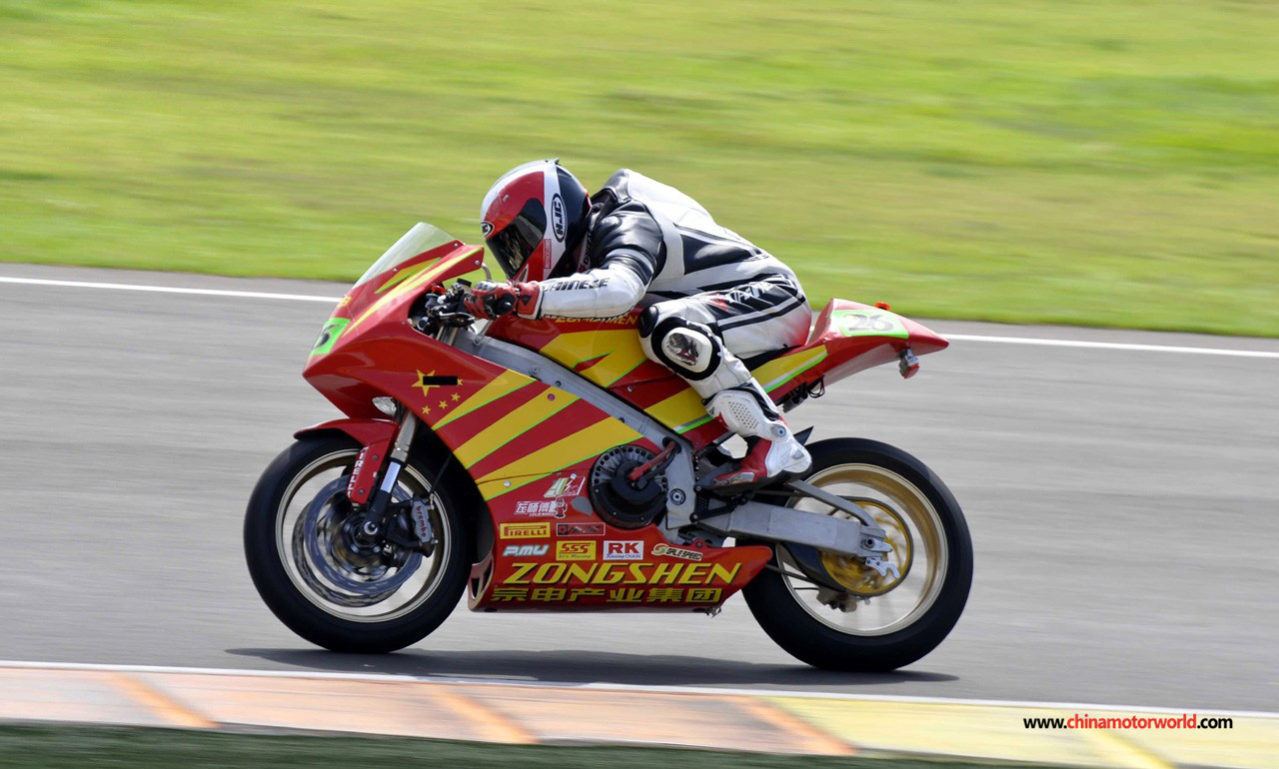 The history of the dominance of Japanese motorcycle makers can be traced back to the Isle of Man TT in 1961, when Honda dominated the international rankings in both the 125cc and 250cc classes. This quickly made Honda a household name in western countries and made it easier to be accepted by western markets.

While it seems unlikely that we’ll see a Chinese motorcycle win the MotoGP in the next few years, Zongshen have been hugely successful in the e-motorcycle world racing championships for the past couple of years. It’s this kind of press that gets a manufacturer’s brand into the minds of consumers as an industry leader.

The team has done a great job, and should be commended on their success, which is no doubt the result of a lot of skills and hard work. However, while Honda made (and continues to make) it a point to use its innovative race technology in their commercially available products, advanced Zongshen e-vehicles are noticeably absent from the global marketplace.

Is Honda’s innovation strategy going to work for Zongshen in the e-motorcycle market?

As Honda was starting to expand globally, motorcycle use was rare in the United States. In the U.S. in 1957, for every 1,000 people there were 2.7 motorcycles. European countries had significantly higher levels of motorcycle ownership at that time, and Honda saw that it was a market primed for growth; the year on year growth of the American motorcycle market between 1956 to 1957 was 156%, the majority of purchases being first-time motorcycle users.

Honda’s initial success in international races was built on a foundation of more than a decade of R&D. Their comprehensive win at the 1961 Isle of Man TT made Honda a household name, and gave their brand immense credibility. No-one could doubt that they were capable of producing world class machines. Their reputation proceeded them, and the market in the United States was now more open to a world-class product, never mind what name was on the side.

Their racing success directly supported Honda’s swift international expansion into the U.S., the brand recognition making it easier for them to expand their dealer network. That brand recognition, credibility and trust was sustained by cutting edge technology, as the technical strengths developed through racing were used in commercial motorcycle production, to grow market share in a growing market.

This strategy worked so well for Honda that it has since become a viable business strategy for many manufacturers in a wide variety of industries. International competitions have become a great way for companies to sponsor teams to both test and market their products.

Some teams only have one sponsor, as is the case with both Honda and Zongshen, who has had great success at the TTXGP, the e-motorcycle (electric motorcycle) world championships. 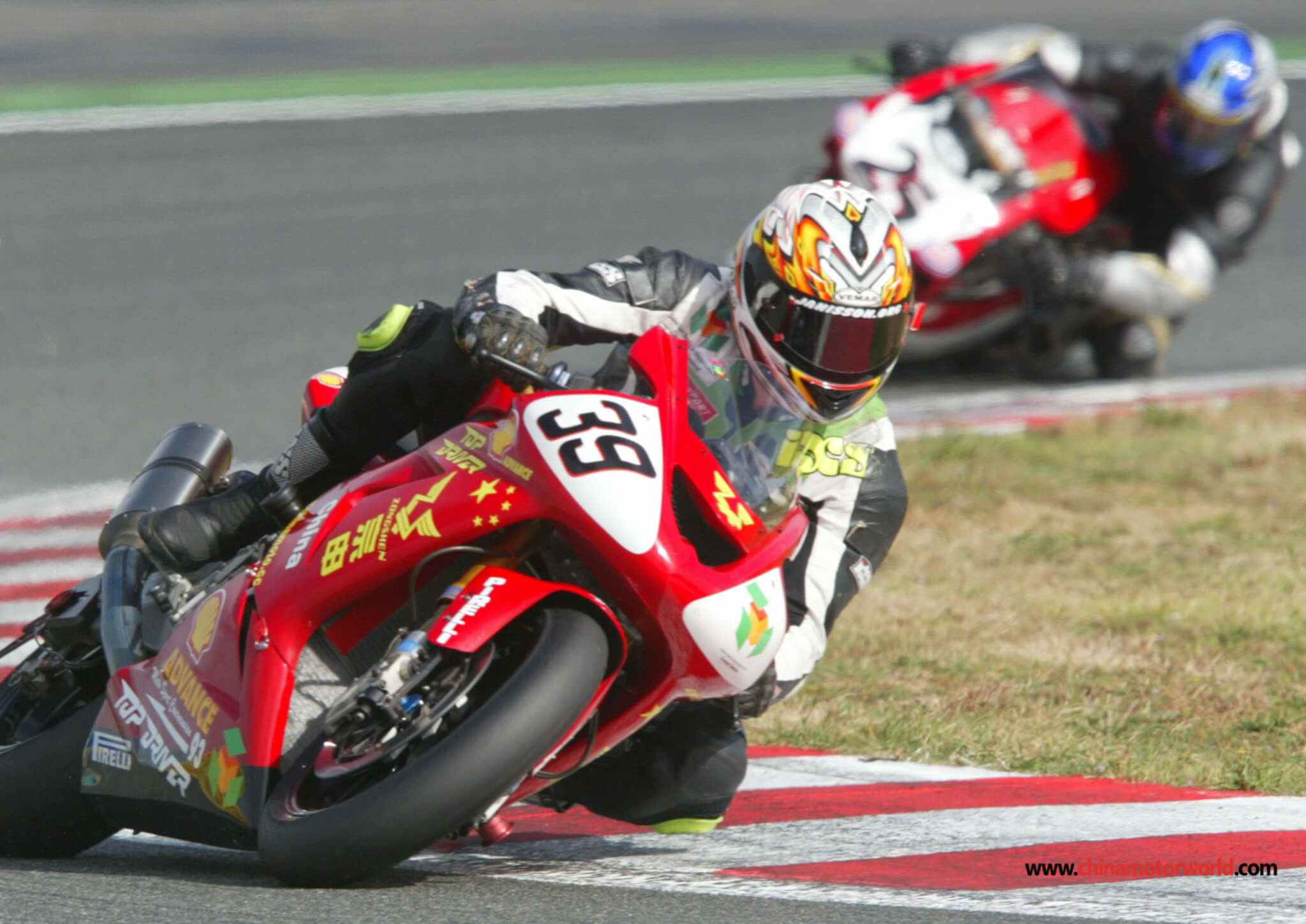 Like Honda in the 1950’s, Zongshen has been investing large amounts in R&D in a bid to produce a product that will be accepted by developed markets. Zuo Zongshen’s stated goal of cultivating R&D and product differentiation within the organisation has seen it partnering with some big names in motorcycle technology, as well as hiring experts from Japan and Italy. Zongshen has also invested 300 million RMB (~USD$50 million) into its R&D centre in Chongqing to fund the “Cyclone” R&D program.

And, while Zongshen is among the most successful Chinese motorcycle manufacturers, the market for gasoline powered motorcycles is experiencing low growth rates, intense competition and low profit margins.

Zongshen also has their eyes on a young and potentially lucrative market opening up in E-vehicles.

The E-bike and E-motorcycle Market

The e-bicycle (or e-bike) market is taking off around the world. Recent research done by Pike Research indicates that, by 2018, over 47 million e-bikes will be sold each year globally.

However fast the e-bike market is growing, the e-motorcycle market is still in its infancy, with 2.9 million e-motorcycles expected to be sold annually by 2017. The technology required to build a quality e-motorcycle is still undergoing intensive development, which makes e-motorcycles very expensive relative to their gasoline powered cousins for the same power output.

At this stage in the development of e-motorcycles, the companies that develop a commercially viable product and bring it to market first, have the first mover advantage and the opportunity to brand themselves as the e-motorcycle manufacturers. This first-mover branding power inspires confidence in potential partners, the same kind of confidence that led to Honda’s swift expansion into the U.S. in the early 1960’s.

Zongshen may be looking to capture this advantage in both the e-motorcycle and e-bike segment by demonstrating superiority in international e-motorcycle competitions such as the FIM eRoadRacing World Cup and the TTXGP.

Zongshen started winning international e-motorcycle races back in 2010, using lithium batteries, delivering over 100kW of peak power and reaching 2000rpm. While a team sponsored solely by one manufacturer tends to use technology developed by that manufacturer, Zongshen seems to be in partnership with several manufacturers. Their world-championship winning machines use critical parts sourced from several different hi-tech companies that have competitive advantages far different from that of Zongshen.

To fully take advantage of their world-championship success the way Honda did, Zongshen would need to have a commercially available e-vehicle that uses some of the advanced technology developed through racing its e-motorcycles.Some of the profits from the sales of these vehicles could go to fund the track racing team, making that investment more sustainable over the long term. Otherwise, such an investment is in danger of being seen as a drain on company cashflow, and threatening the ongoing presence of Team Zongshen on the e-motorcycle racing stage.

As the gasoline-powered motorcycle market grew from infancy in the post-war years, Honda built its commercially available machines around technology independently developed to win world championship races, becoming known as an innovator in the growing market.

As the e-motorcycle market is still in its infancy and has great growth potential, becoming known as an innovator in the e-motorcycle industry would have major benefits for manufacturers looking to grow in this market, as well as the e-bike market. After developing and running a hugely successful e-motorcycle team, Zongshen might appear to be following the same “innovation-leader” strategy that Honda implemented so well.

But, despite their successes at world-championship level e-motorcycle racing for the past couple of years, Zongshen’s commercially available e-motorcycle offerings use relatively low-tech, low-performance items. These machines are very different from the ones being raced.

So, hopefully we’ll be seeing Zongshen taking advantage of this great branding opportunity by launching an advanced, commercially available e-motorcycle model in the near future, using technology developed for its world championship e-motorcylces.