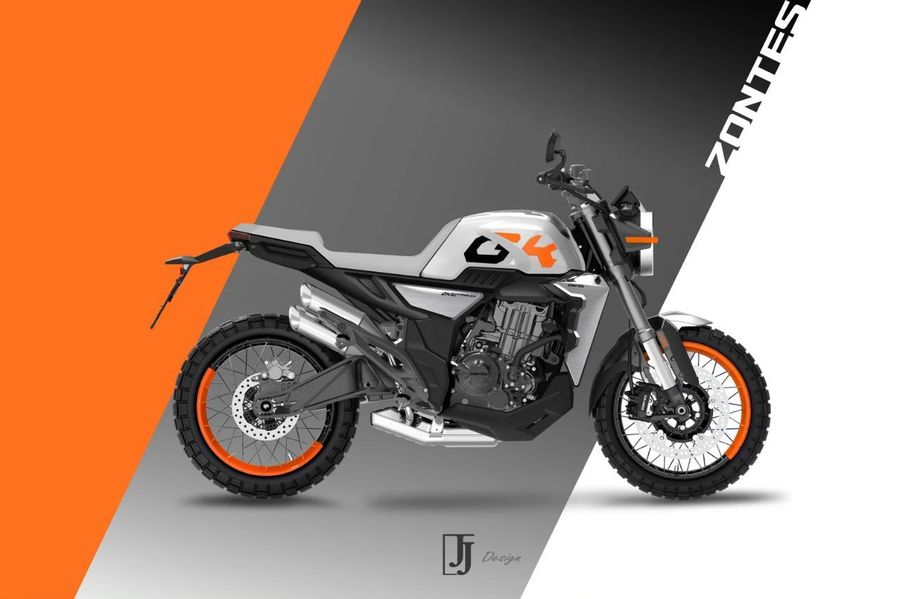 In the latest official announcement, ZONTES unveiled a new retro street bike, 350GK. The bike continues ZONTES’ sci-fi design approach to become a sci-fi retro bike, while the two high-positioned exhaust pipes seem to bring a feeling of a scrambler. 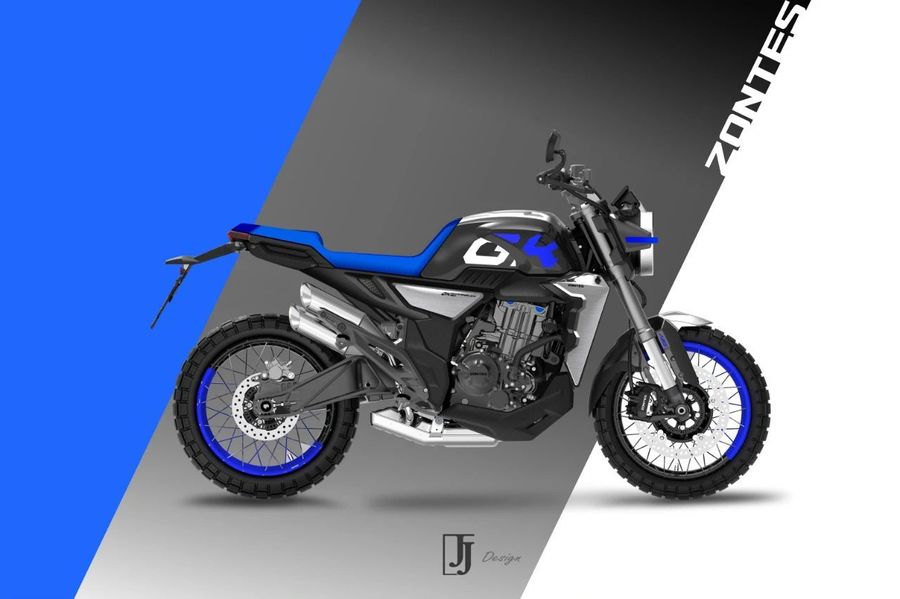 350GK is powered by a single-cylinder water-cooled engine, which is a completely new engine. All the main parts, such as the case, cylinder, cylinder head and crankshaft, are not the same with the 310 model. The engine has a maximum power of 32kW (43.5 horsepower, which is the same as the KTM 390) and a maximum torque of 34N·m, and claims to be comparable to all models under 500cc in the market. The bike weighs just over 150kg.

While the engine is a single cylinder, its development focused on eliminating the vibration of the cylinder, which is mainly achieved through the changed balance shaft and connecting rod angle, the driving mechanism, and new design. The vibration is reduced by 20% compared with other two-cylinder engines of the same level. ZONTES’ goal is to maintain the advantages and fun of the single cylinder with strong low-torsion capability while eliminating vibration to the level of a double-cylinder. Other equipment and functions include a large full-color TFT dash, LED lights, tire pressure detection, sliding clutch, and dual-channel ABS. Remote control via mobile phone instead of using a key may also be available.

This new bike is claimed to be improved in terms of power performance, handling and technological equipment. (Source: WeChat: halo_moto)