In the first half of this year, driven by the increasing domestic and foreign market demand, the production of the electric bicycles grew rapidly, and the export was running at a high level. The industry showed a stable and good development trend, laying a solid foundation for the realization of the annual goals.

This year, the output of electric bicycles has been growing at a double-digit rate for four consecutive months. From January to June, the output of bicycle enterprises above the designated scale was 25.187 million units, up 19.7% year on year. The output of e-bike enterprises above the designated scale reached 16.202 million units, up 33.6% year on year. At the same time, the industry seized the opportunities to actively expand the market space. Sports and leisure bicycles, intelligent lithium-battery electric bicycles and electric mopeds become the new consumption growth points. In the first half of this year, among the 19 major industries of light industry, only the bicycle (including electric bicycle), battery, home appliances, and hardware saw more than 30% in value added–the growth rate of bicycle industry was 16.8 percentage points higher than that of the whole light industry and 18.4 percentage points higher than that of the national industrial growth rate. The positive trend of industry development continued to be consolidated. 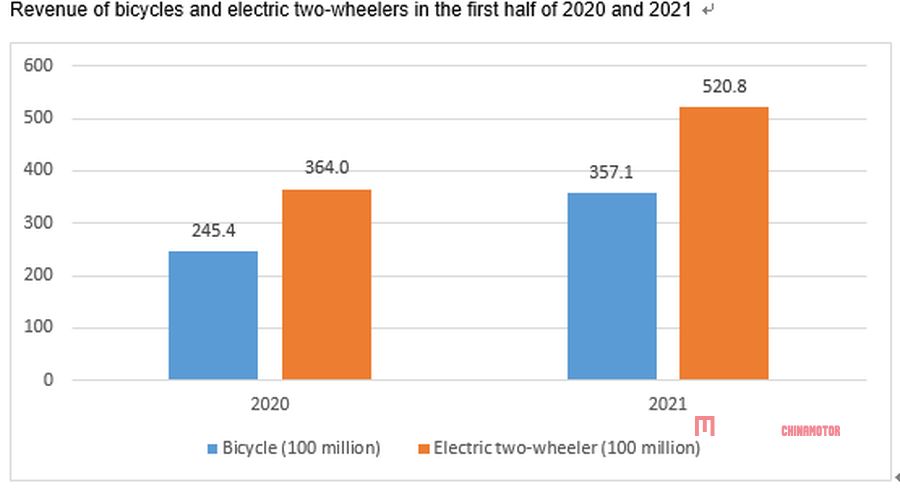 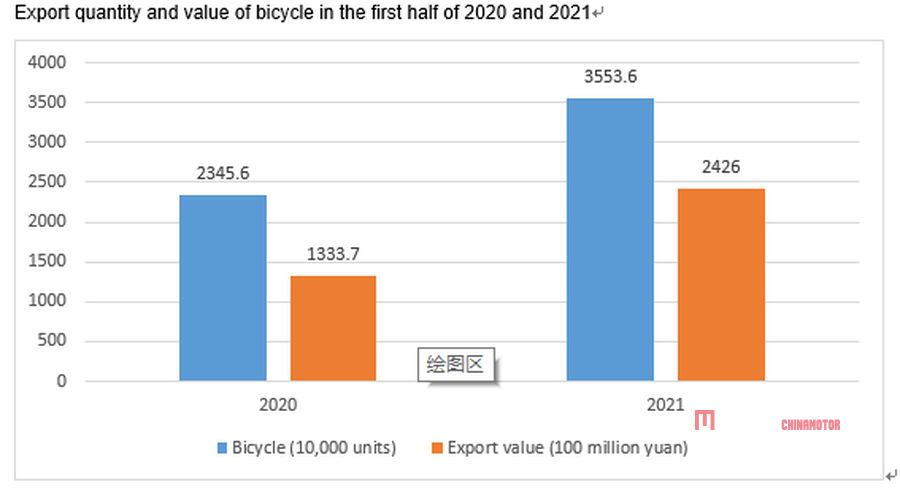 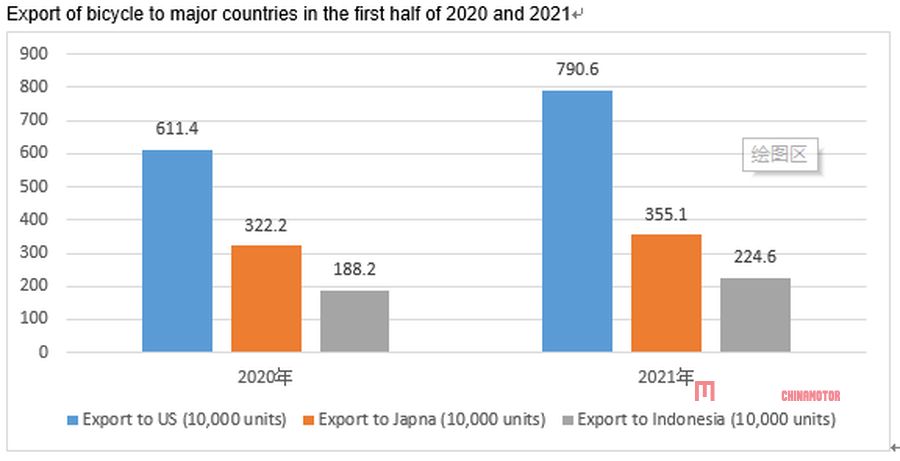 New situations of the industry

In the first half of the year, the industry actively responded to the changes in the external environment, and the positive trend of production and operation was further consolidated. It can be summarized as follows:

Driven by the Olympic economy, the consumption of sports bicycles in China increased substantially this year. High-end consumers’ demand for imported bicycles expanded. The import volume of competition bicycles in the first half of this year increased by 49.5% year-on-year. At the same time, two domestic bicycle brands were selected as the equipment supplier of the national team for the first time. With the Olympic athletes competing in Tokyo, there will be more high-quality and diversified products to promote                                      the upgrading of domestic consumption. In addition, while electric mopeds are gaining popularity in the international market, it also has a good prospect in the domestic market. More enterprises try to launch more new products for domestic sales, and lead new consumption by creating new supplies.

Due to the global pandemic, some bicycle parts factories were forced to shut down or reduce production, and the delivery of some high-end parts was extended to more than a year, further exacerbating a shortage of high-end bicycles since last year. At present, the demand exceeds supply, leading to the world’s major OEMs considering restructuring the supply chain, which provides opportunities for China’s bicycle manufacturing industry to access the global industrial chain. We should seize the opportunities to further improve the quality of parts. Bicycle and parts enterprises should work together to make breakthrough in key technologies, and innovate products to improve the manufacturing capacity of the whole industry.

The integration of informatization and industrialization has made new progress this year, and leading enterprises constructed digital workshops, laying a solid foundation for intelligent transformation. Some enterprises have introduced automatic processing islands in the machining workshop, where materials are automatically delivered to the welding robot via the AGV, realizing real-time integration of customer order, workshop production and logistics data, thus reducing manual work and enhancing capacity and efficiency. Some enterprises have applied the production planning and scheduling system, MES production management, WMS intelligent warehouse and other information software, using electronic display board for automatic production scheduling, and achieving informationized production process from raw material warehousing to delivery of products with traceable product quality. Enterprises made initial progress in intelligent manufacturing.

In the first half of this year, leading enterprises launched a series of new intelligent connected electric bicycles, which once again make waves in the market. All the operation of the bicycle can be completed through a mobile phone, the application of voice interaction technology makes the human-vehicle interaction more friendly, and the deep cooperation with the Beidou navigation system realizes speed supervision and vehicle safety monitoring. These intelligent connected products greatly improve consumer experience and expand the market space. Next, the industry should continue with product innovation and focus on connected, digital, and intelligent products to better meet the needs of consumption upgrading.

Forecast for the 2nd half of the year

At present, the domestic sales and exports of the industry maintains a good momentum of steady growth. The orders of leading enterprises have been arranged to the end of the year, and some foreign trade enterprises have received export orders to the first quarter of next year. It is expected that by the end of the year, the industry will maintain the steady growth, with the annual operating income increasing by about 20% year on year, and a significant increase in profit; the annual cumulative export growth may exceed 20%, and the added value will be further enhanced.

As an important means of transportation, bicycles and electric bicycles are inseparable from people’s lives. The domestic consumption market has huge potential. The whole industry should actively adapt to new changes, strive to expand domestic demand, stabilize export, and increase profit, to ensure steady progress and a good start for the 14th Five-Year Plan period.