The company began operation in March 1992 with a total investment of $105.97 million, a registered capital of $56.31 million, and more than 2,800 employees. After its establishment, the company invested tens of millions of dollars in renovating and upgrading the original production technology and facilities, purchased a large number of advanced domestic and foreign equipment, and introduced the internationally leading level C100N-CH technology and equipment to form a complete and reliable technology, development, testing and quality management system. It now owns the engine, body welding, painting, die-casting, workblank casting, final assembly, and other professional production departments, and has the production capacity of 1 million 50cc-200cc motorcycles, 1.2 million sets of engines, 600,000 three-wheeled motorcycles, and 500,000 electric motorcycles. 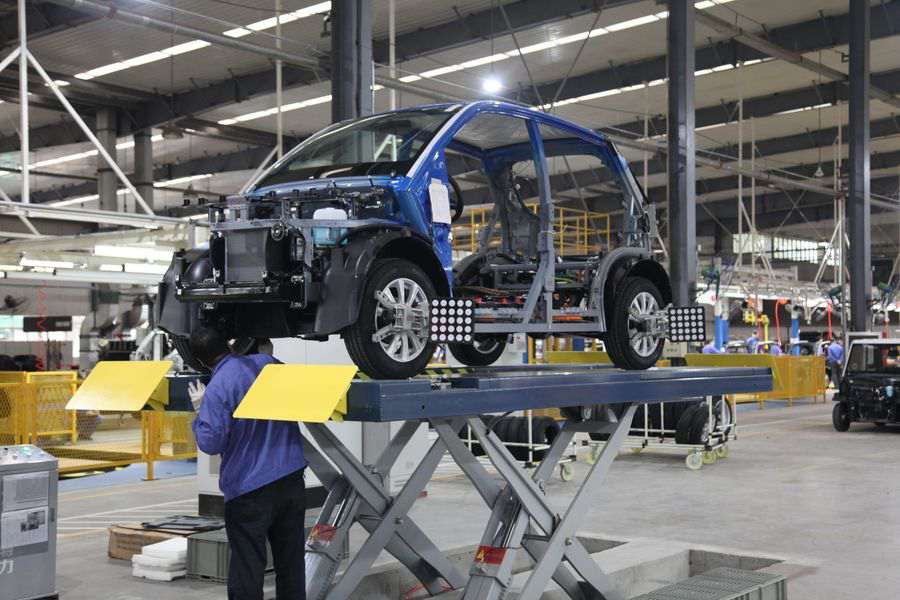 The company is the enterprise in the industry taking the lead in passing the ISO9001 quality system certification. DAYANG motorcycle has also passed the CCC certification, the certification for full production access, European E-Mark certification, and Nepal’s government environmental protection certification. The company has been recognized as “National High-Tech Enterprise”, “National Advanced Technology Enterprise”, “National Excellent Enterprise (in Taxpayment and Turnover) with Foreign Investment”, “National Export Inspection-Free Enterprise”, and “CNAS”. The “DAYANG” trademark has been identified as the “National Key Protection Trademark” and “Famous Trademark of Henan”. DAYANG brand has been included in “China’s Most Valuable 500 Brands List” for many years. Up to now, the company has produced and sold tens of millions of various DAYANG motorcycles with a cumulative tax revenue of nearly 3 billion yuan. DAYANG motorcycles are exported to more than 80 countries and regions in the world, totaling an export earning of more than 400 million US dollars. DAYANG enjoys high reputation in the domestic and foreign markets and has created good economic and social benefits. The development of the company has also driven the synchronous development of hundreds of parts manufacturing enterprises in China, making outstanding contributions to the national and local economic development. 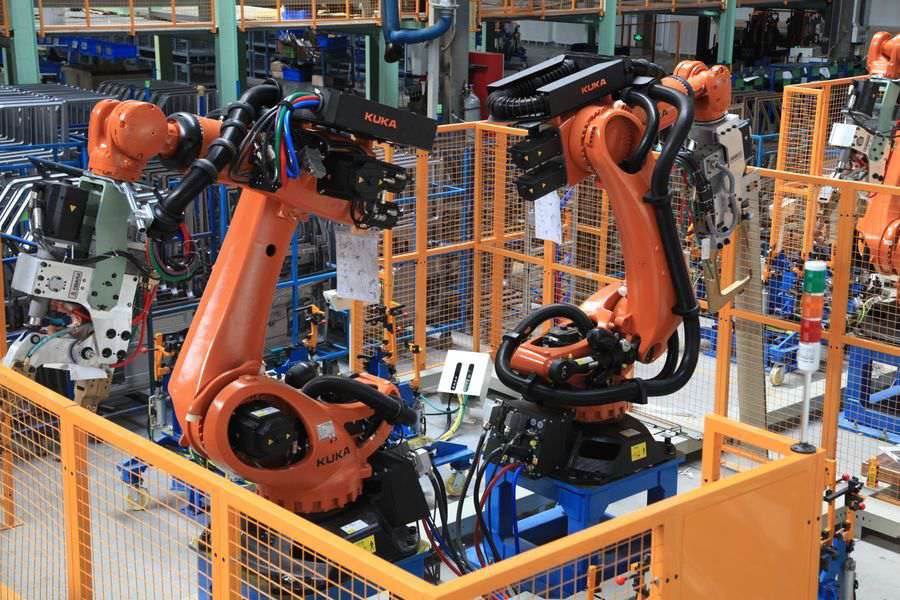 The workshop with a total construction area of 20,486 square meters was completed and put into use. The company has an annual production capacity of 500,000 motorcycles, and ranked among the 500 largest foreign-invested industrial enterprises in China.

The second phase investment plan and the transfer of foreign equity were approved. After the capital increase, the company’s total investment increased to $105.97 million from the original $69.5 million, the registered capital increased from $32 million to $56.31 million, and the production scale was expanded to 500,000 units of various types of DAYANG motorcycles.

The first DAYANG DY100 was completed from the production line in Vietnam. The successful export of motorcycle equipment and installation of production line marked a breakthrough of the company in overseas cooperation projects.

DAYANG DY100-3 obtained the Nepal environmental protection certification. The company was the first Chinese motorcycle company to receive this certification.

DAYANG DY100-A passed the examination of the expert group of AQSIQ and obtained the national export pass-without-examination certificate.

The company moved from the 201st to the 194th on the list of China Top 500 Machinery Enterprises.

At the 15th World Brand Assembly, DAYANG was once again included in the list of China’s 500 Most Valuable Brands, ranking the 264th with a brand value of 18.578 billion yuan. 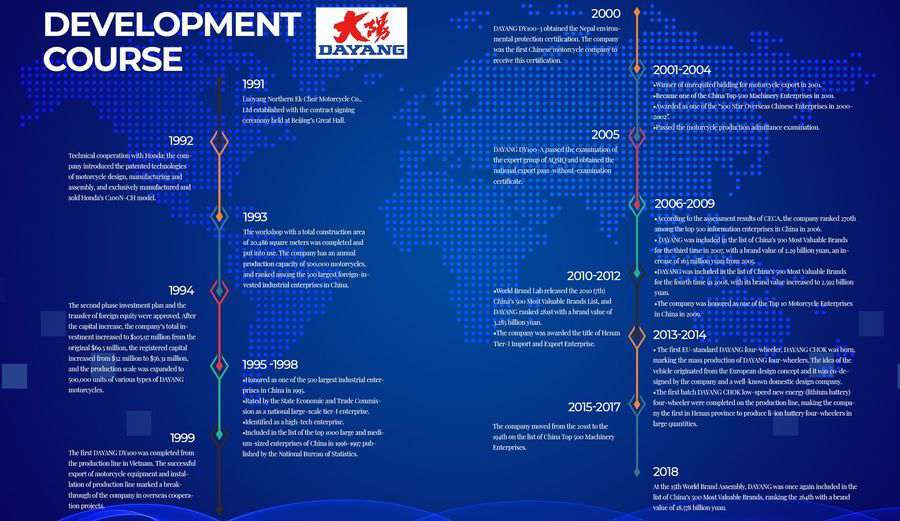