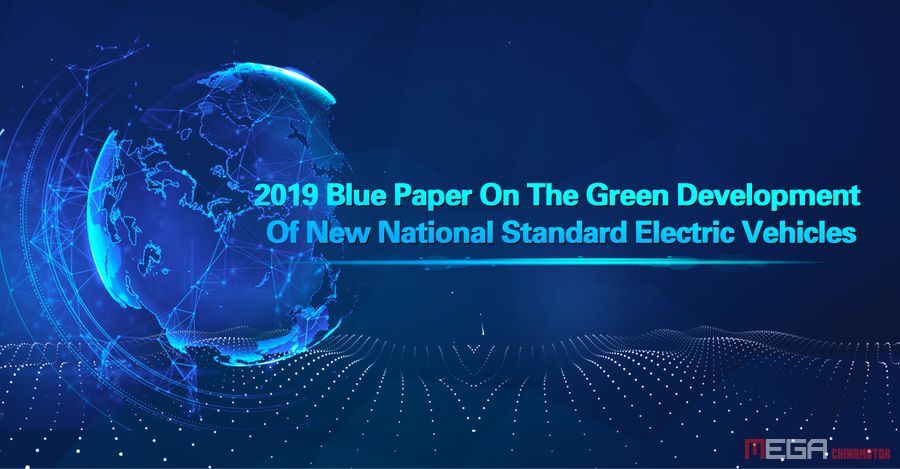 March 4, 2020
Posted by: chinamotor
No Comments

On June 10, Yadea, a leading brand in China’s electric vehicle industry, jointly compiled and released the 2019 Blue Paper on the Green Development of New National Standard Electric Vehicles (hereinafter referred to as the “Blue Paper”), together with China Academy of Transportation Sciences and the UTDT. Based on huge market data, the Blue Paper evaluates the impact of the new EV national standard on the economy, society and environment from the aspects of policy, market, user and technology, aiming to promote the healthy and sustainable development of the EV industry.

Transitional policies were introduced in 22 provinces and cities after the new national standard was implemented.

The blue paper stresses that the new national standard has a strict and clear classification of e-bikes, mopeds and e-motorcycles. It also points out that some cities in 22 provinces have issued transitional policies for e-bikes after the new national standard was issued, 16 of which have transitional policies that are workable for no more than three years. According to the blue paper, the e-bike parc in China now exceeds 250 million units, and the annual production of electric bicycles reached 32.776 million units in 2018. According to the analysis of the blue paper, the new national standard will guide the development of the EV industry to return to rationality. The market growth slows down and the industry access threshold of electric motorcycles will be raised. Since the release of the new national standard, only 20 new enterprises have obtained the qualification of electric motorcycle production, which are mainly in the southeast coastal provinces. The new national standard have also promoted the popularization of new technologies in the EV industry. The proportion of lithium-ion battery models on sale in 2019 increases.

According to the blue paper, EV users are mostly young people, with the number of users under the age of 25 growing by 11.2% year-on-year in 2018, which indicates that more and more young people follow the trend of green low-carbon travel. The blue paper holds that, the main technical development trends of EVs under the new national standard cover four aspects: lightweight, intelligence, standardization and safety, including the application of new battery and motor technologies as well as the magnesium alloy and carbon fiber and other light materials, the integration of networking and intelligent functions of EV, the application of industry standard systematization and modularization platform, and the upgrading of safety standards and technologies. The four development trends jointly drive the healthy and sustainable development of the industry.

According to the blue paper, the output value of the EV industry reached 114.195 billion Chinese yuan in 2018. Tianjin, Jiangsu, Zhejiang, Shandong, Guangdong and Henan demonstrate higher industrial concentration. Among them, the annual output value of the three industrial bases, Tianjin, Wuxi and Taizhou all exceeded 10 billion Chinese yuan. In addition, the EV industry also provides more than 5 million jobs.

Riding an electric vehicle can effectively reduce the consumption of non-renewable resources such as gasoline, which makes EVs the best choice for green travel.