KYMCO CT250 comes as an aggressive competitor in the middleweight scooter market.
Before CT250, the domestic big scooter market is still dominated by KYMCO, and its XCTING series has always been the first choice of domestic big scooter lovers. But nearly two years other brands also saw the opportunities of this market, promoting similar models such as Cyclone RT3 and CRUISYM 300, which threatens KYMCO’s dominating position. 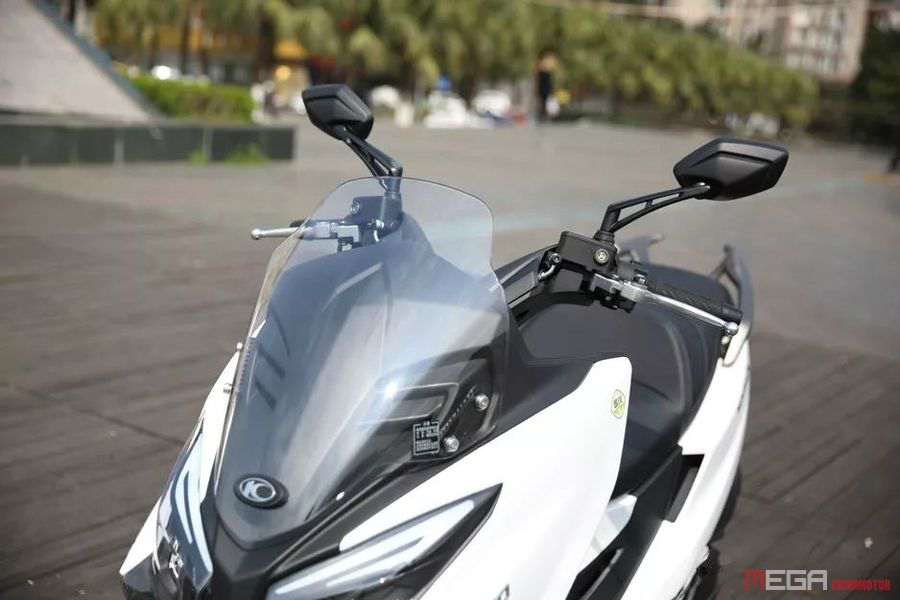 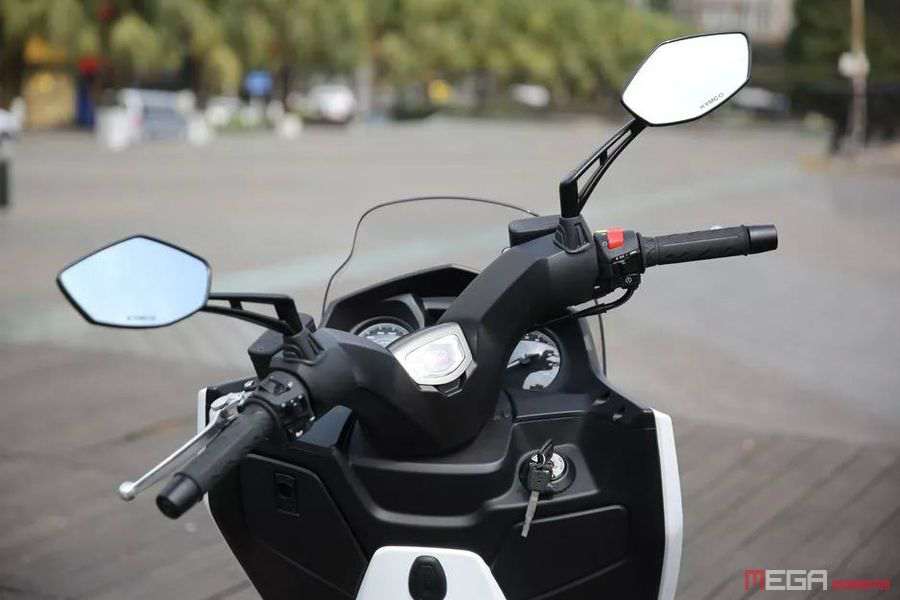 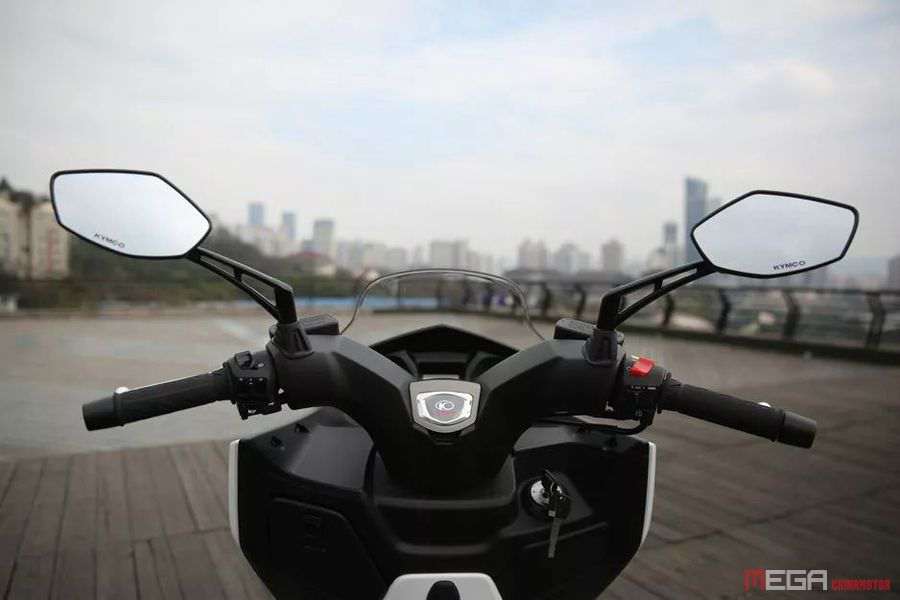 In order to further expand the market, KYMCO launched CT250 that is built on the XCTING250 and its own mature power platform. With KYMCO’s brand influence and the status of the first 250cc scooter in China, CT250 has attracted much attention.
CT250 provides more space for the legs as well as more comfort and utility. Then there is adequate stability and storage space. It is absolutely a good daily commuting tool, which demonstrates KYMCO’s accuratemarket positioning. 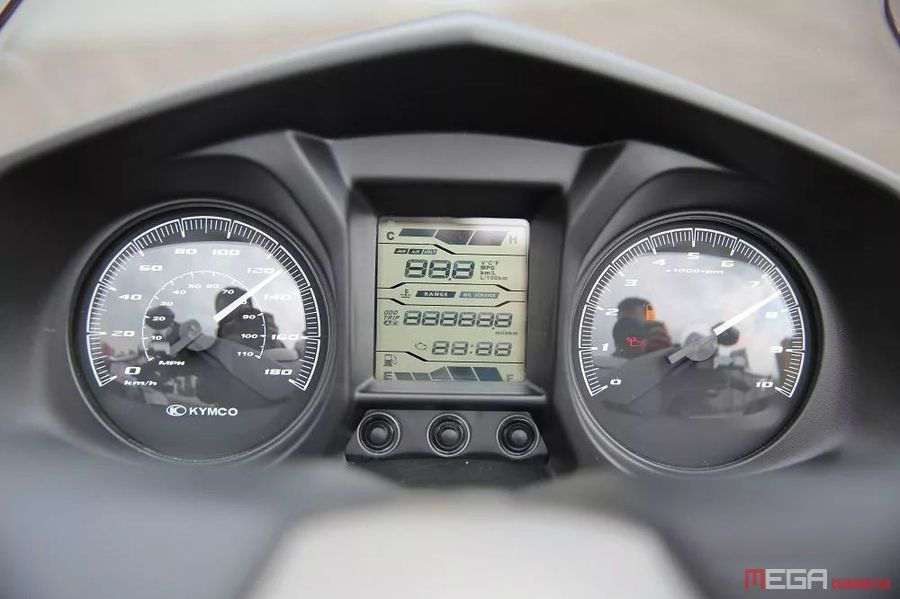 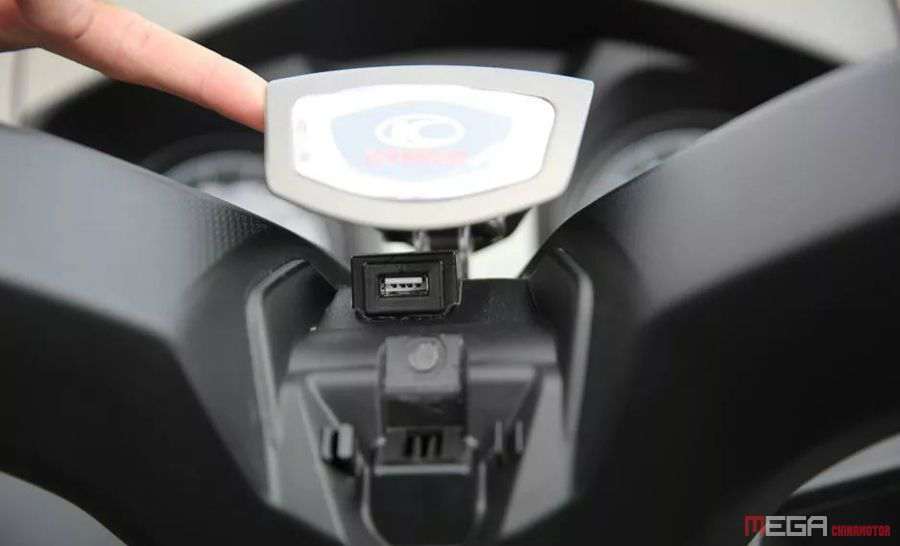 The front windshield is basically as high as the brake oil cylinder. This concise windshield design is based on the scooter’s overall style and positioning as a comfortable and practical cross-boundary use commuting machine.The handlebar and the switches are basically the same as XCTING 250. The single-color meter is a mediocre one. The front storage box is small, just enough for putting some small papers and bills. The keyless switch is convenient.
The USB charging port is designed under the KYMCO nameplate at the middle position of the steering column. A 12V cigarette lighter is provided under the seat.

Although it is a scooter, it has a 10.2L front-end fuel tank, which is designed at the middle of the front inclined pedal. It does not affect the comfort of the legs.
The wide and thick saddle is comfortable, and the hump design provides certain support effect for the rider. There is a 12V charging port and a lighting lamp in the storage space under the seat. The seat is hydraulically supported, with an original factory isolation plate.

The taillight features a red arc LED light strip. The aluminum alloyfoot pedal is proposed, convenient for daily use.The scooter has front vertical and rear double spring shock absorbers. The rear multi-section shock absorber is adjustable.The front and rear disc brakes are provided with CBS. It has a bolder exhaust tube compared with that on XCTING250. 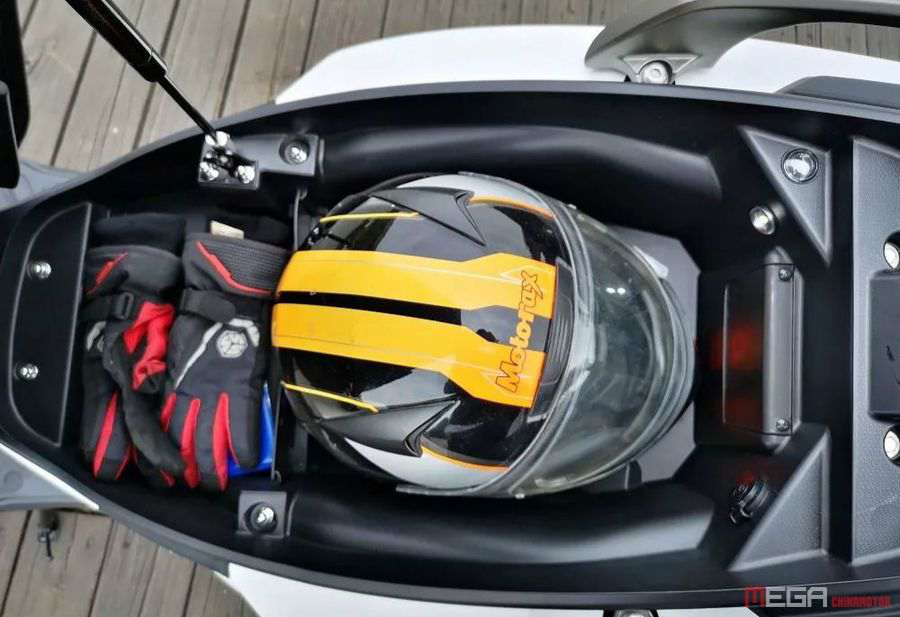 CT250 is equipped with a 250cc water-cooled two-valve engine with a maximum power of 16kw/7500rpm and a maximum torque of 22N•m /6500rpm. Engine only needs 0.9L oil, which means small maintenance cost. 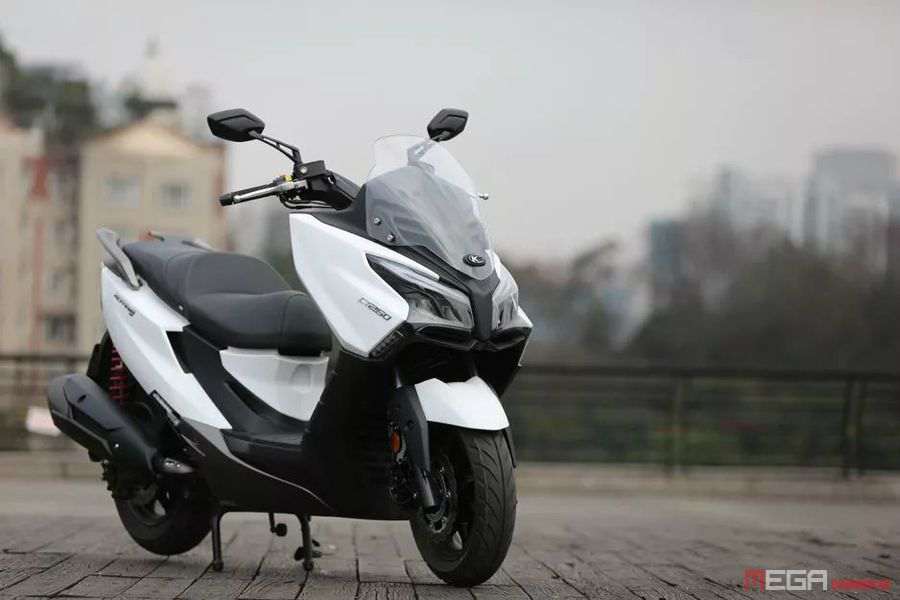 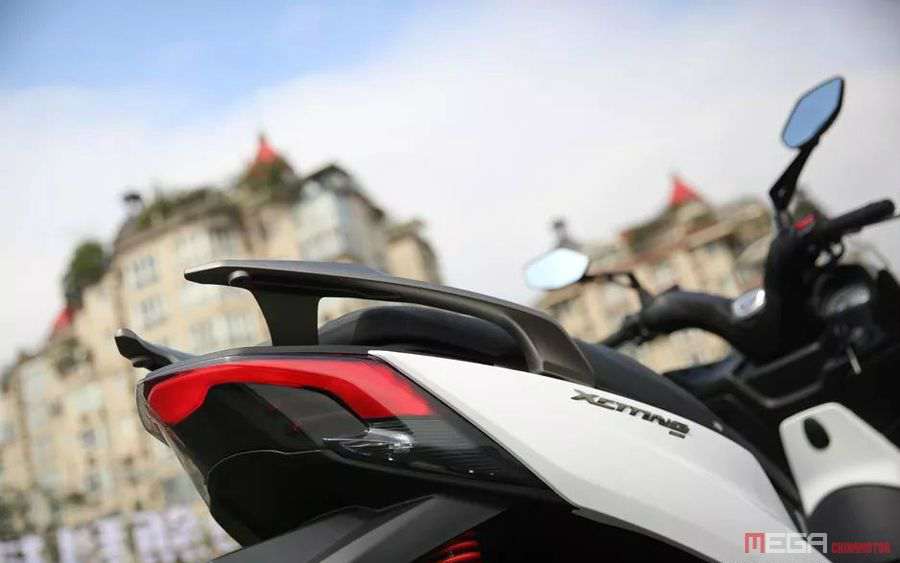 The seat heightis 765mm, and the 170cm rider can easily touch the ground on both feet.
Sitting on CT250 the rider can freely relax his legs, which is an advantage for long-distance riding. The pedal is large enough for storing some necessary stuff. Designing CT250 to have a flat pedal, the fuel tank goes down and the front wheel is reduced to 13 inches (XCTING250 has 14-inch tires), which correspondingly reduces the minimum ground clearance of the scooter, though it is not a problem for daily urban commuting. 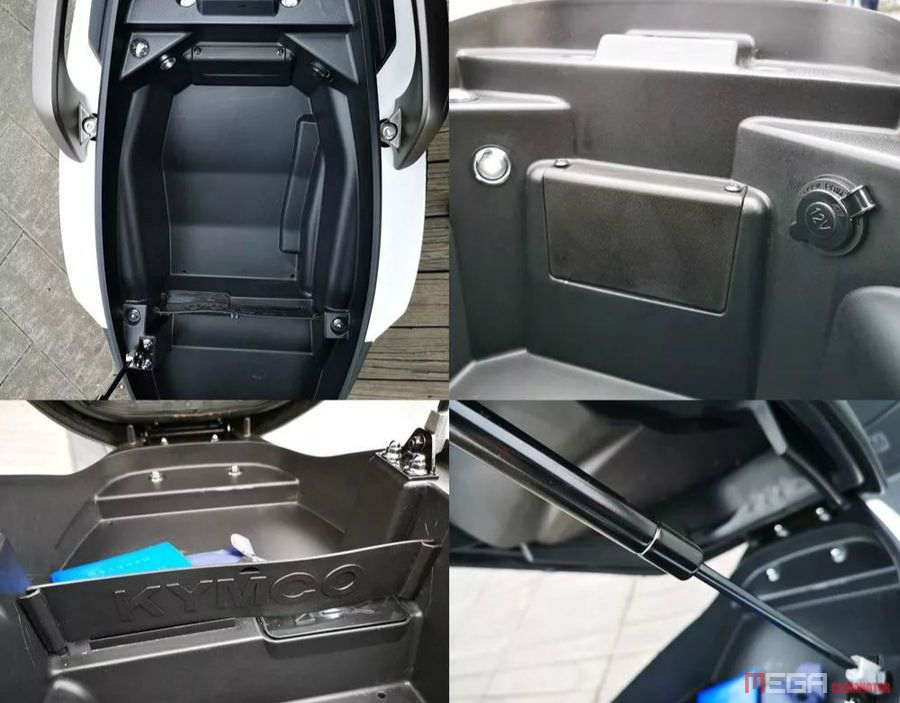 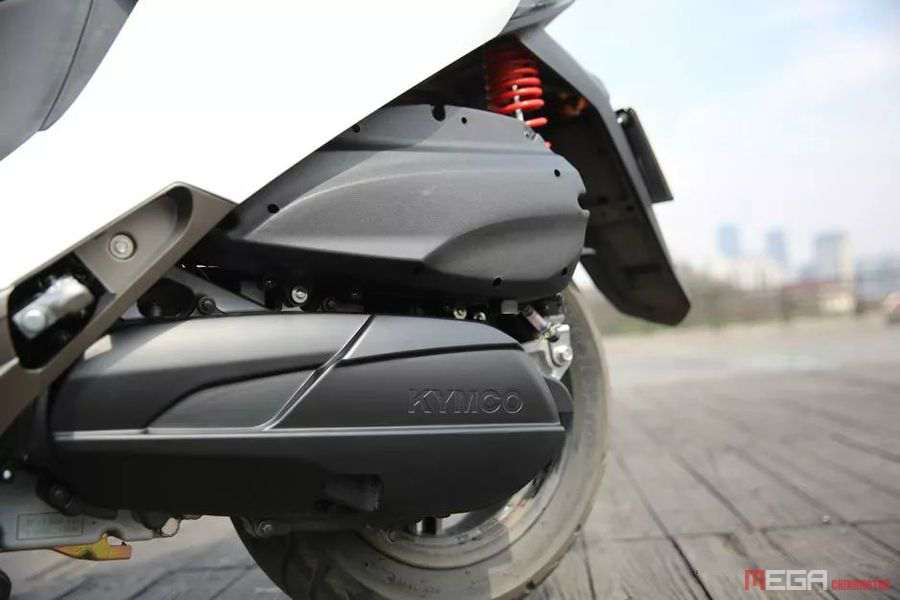 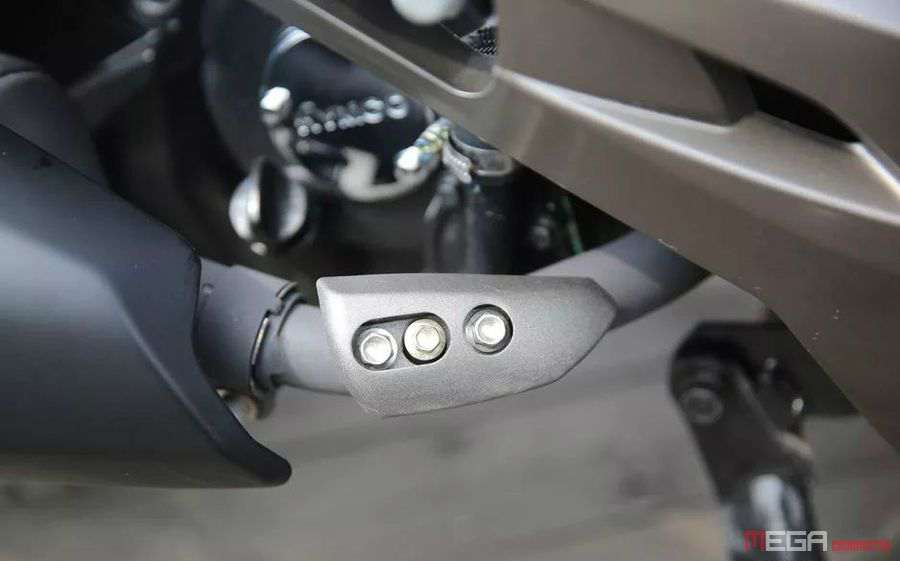 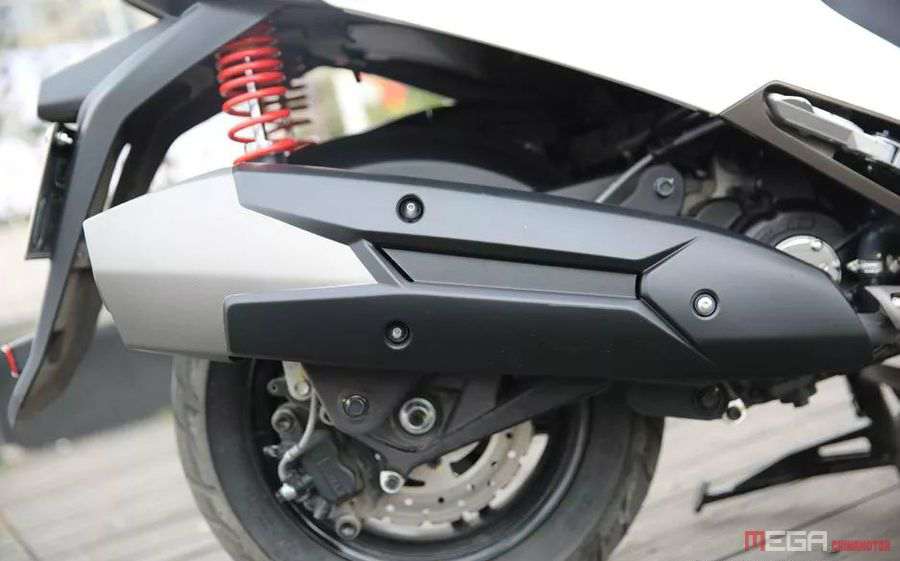 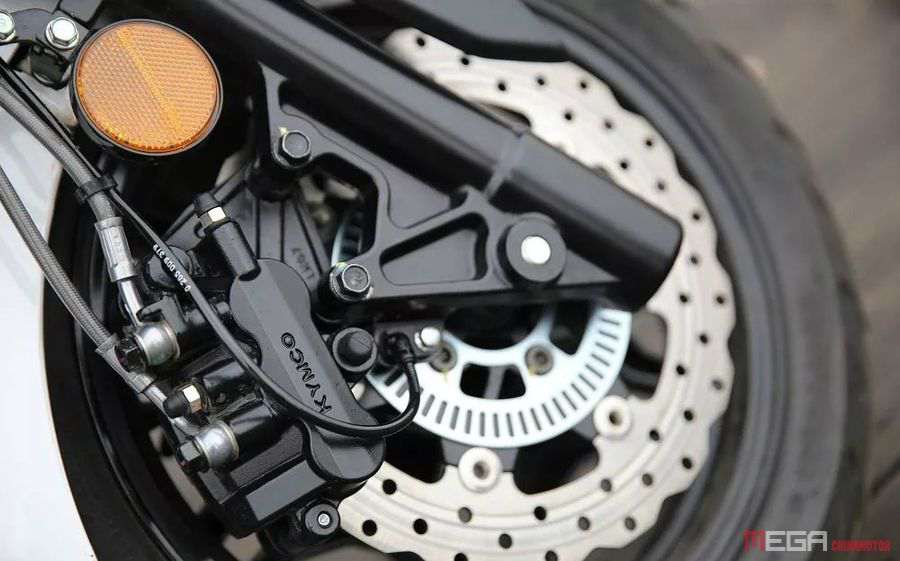 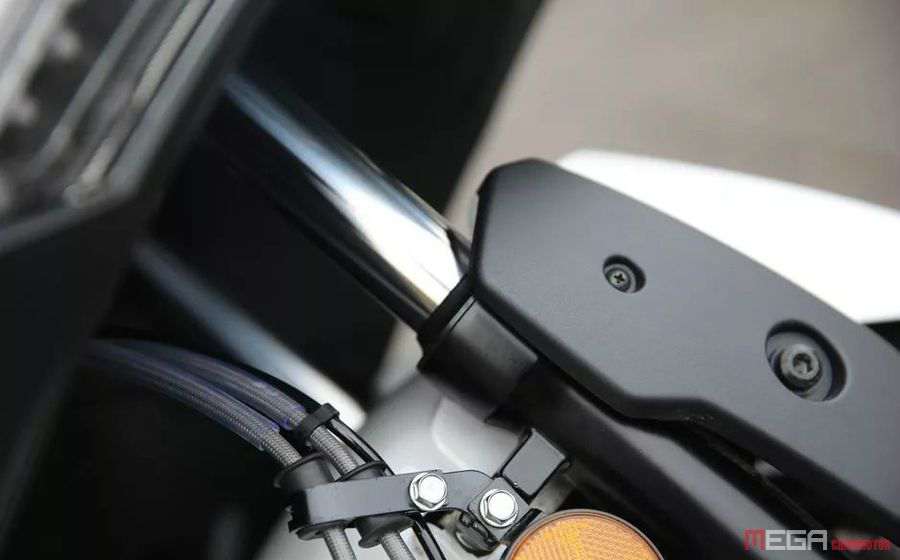 CT250 is a blockbuster KYMCO promotes, following up the victory of its previous large scooters. It adopts new design language, mainstream configuration,and mature power system. With the status of the first 250cc flat pedal in China, CT250 is expected to have a bright market outlook. 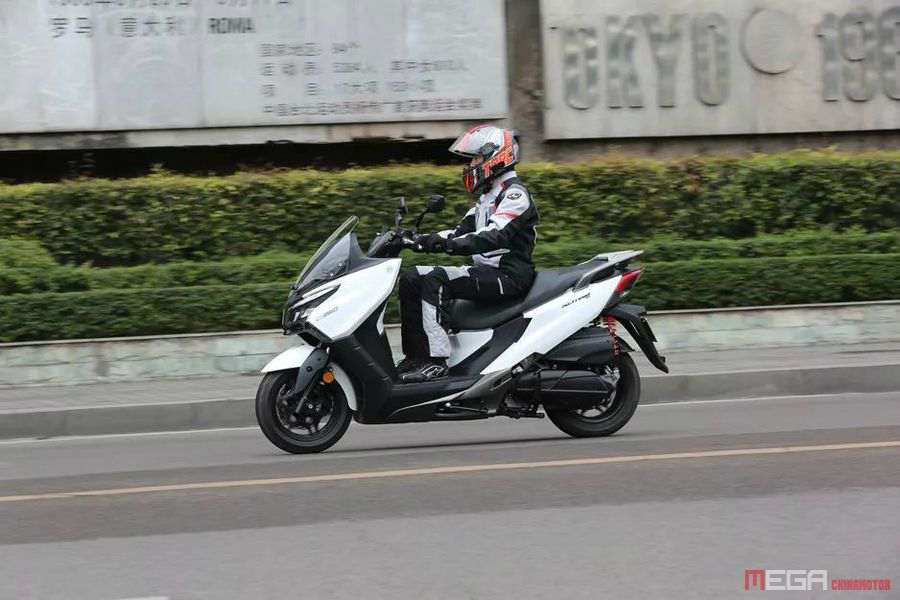