December 17, 2019
Posted by: chinamotor
No Comments 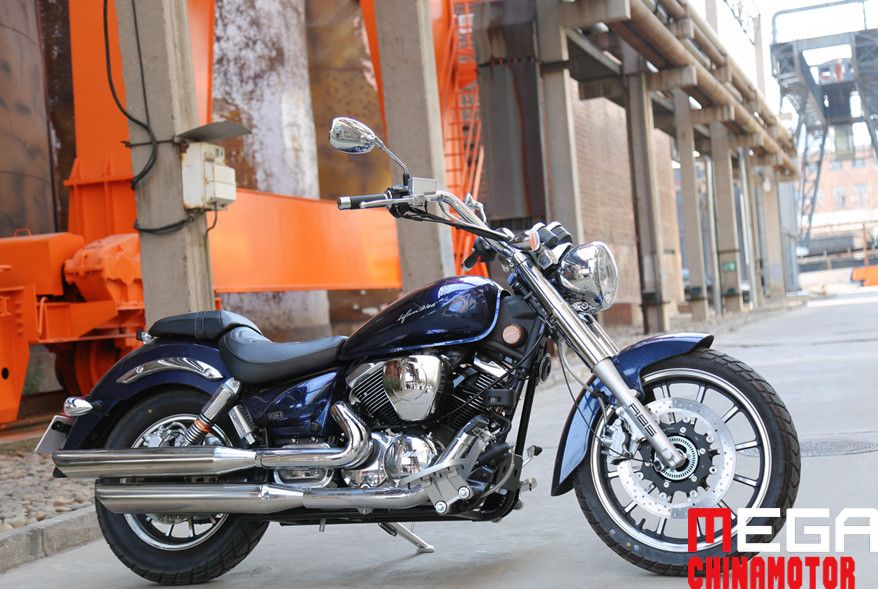 Although cruisershaveloyal fans, there are not many choices of domestically-made cruisers. Even if there is, the appearance and displacement are mostly not satisfying.
However, cruisersof foreign brands are expensive for most motorcyclists. Therefore, two years ago, the launch of Lifan V16 well supplemented this segment of the market, which was a good thing for domestic cruiser lovers. 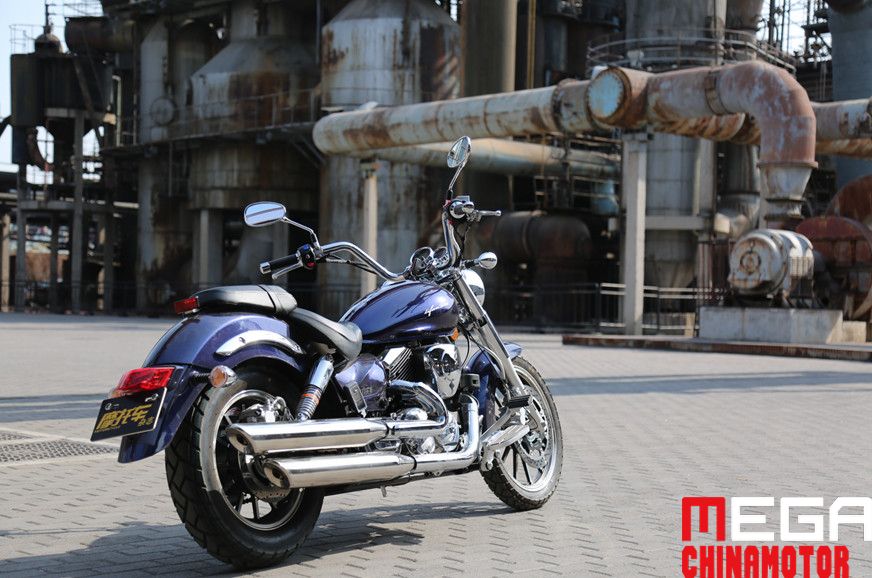 Ever since V16 was put into the market, Lifan kept collecting users’ feedback and suggestions for improvement. Recently, the upgraded V16, made to meet the National IV Emission Standard, was officially unveiled.
New V16 continues the exterior design of the previous ver-sion, but the new exhaust and headlamp further unify the de-sign language. 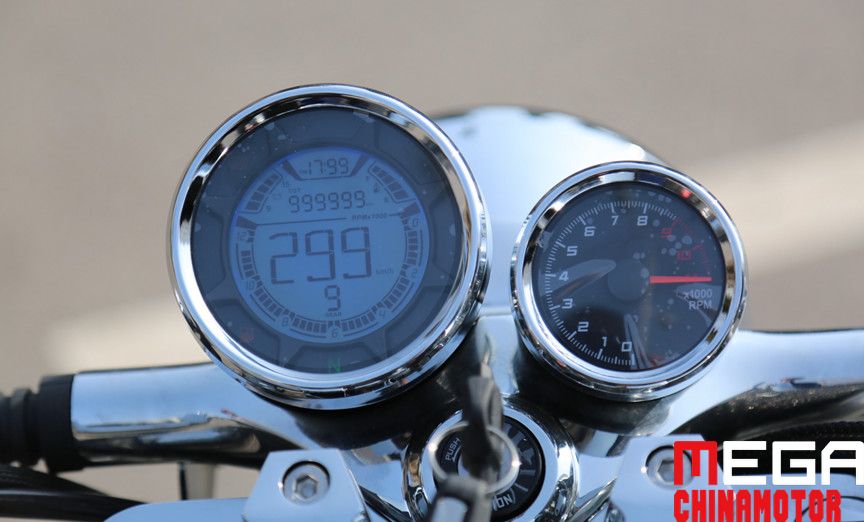 The large water-drop fuel tank with a large area of chromate finish, the bold-look-ing front fork, the plump V-cylinder engine, and the 2300mmbody together present the momentum and beauty of an American cruiser.
The new V16 has changed both the headlight and the turn lights. The new head-light looks quality and more fashionable. The LED daytime running light ring, matched with the upper and lower high/low beam, brings a better illumination ef-fect.
This time V16 gave up the previous ex-aggerating modelling of exhaust, and changed it back to the classic straight tube design. The upper and lower ex-hausts are paralleled. The tail part is in-clined to be more concise. 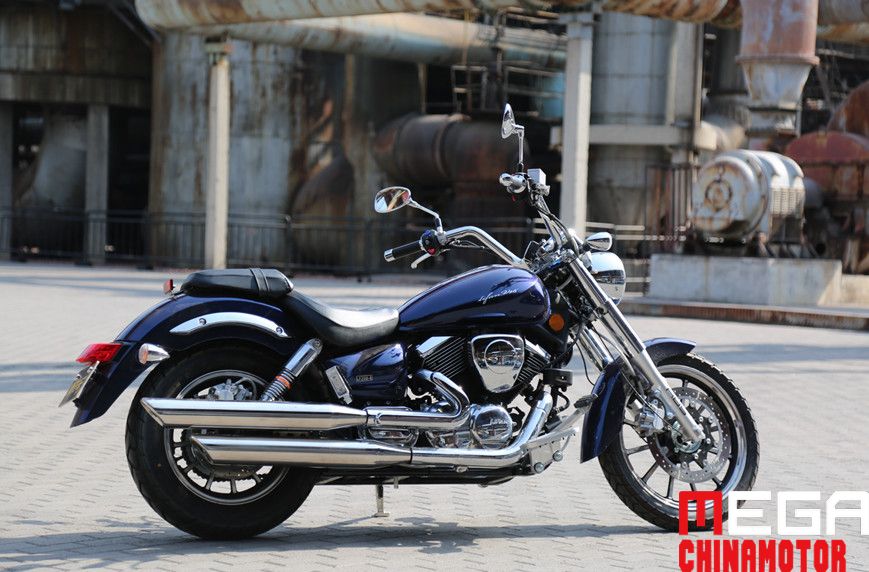 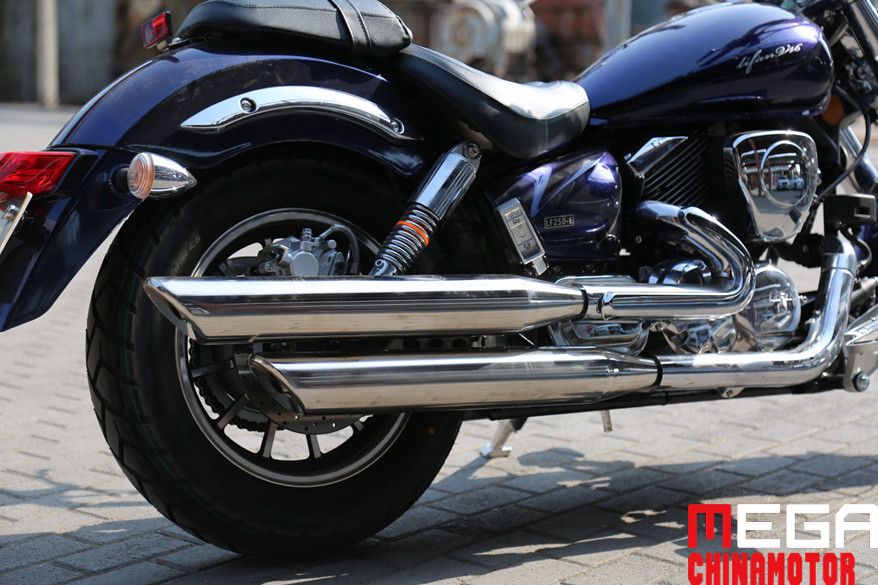 In addition, Lifan adjusted the position of the gear-shifting lever and added a rear shifting lever, which solved the problems of staining the shoes and causing pain on thefoot by stepping on the front and rear shifting levers. The seat cushion is wrapped in black leather with stitching design and anti-skid treatment, which is better unified with the overall style of the bike.
The new V16 is still equipped with a 250cc air-cooled V-Twin, with a maxi-mum power of 14kW (8000r/min) and a maximum torque of 18N.m (6500r/min). It has a 5-speed gearbox.The engine is designed with large radiating fins, which makes the engine look bigger and more powerful.
The instrument consists of two round-meters. The right oneis a pointer type ta-chometer and the left one isaLCD meter showingtime, voltage, fuel level, speed, and other data. The bike has a vertical front fork, covered by chrome-plated shell. The rear double shock is adjustable (preload).
The bike is equipped with a front dou-ble-piston caliper brake and a rear sin-gle-piston caliper brake, with ABS. It is worth mentioning that the oil pipe of brake pump is made of brake steel wire, ensuring higher safety.
The 12-spoke hub is matched with all-terrain Cheng Chin tires, front 90/90-R18 and rear 130/90-R15.
After receiving upgrades to meet the National IV Emission Standard, the new V16 has become a quality 250cc cruis-er, comfortable and classy. It is a good choice for riders who prefer cruisers. (Source: WeChat: LF601777）