Under the Sun, My bike on the Road and on the Path

October 3, 2019
Posted by: chinamotor
No Comments

“Emilio,” I ask, “you had a good life in Argentina, a good income as a rep for a pharmaceutical company. Yet one day you climbed on your motorcycle and didn’t get off for ten years, traveling almost 500,000 miles. Why?”

“I heard a voice saying to me…’Emilio, it is time to go, to transform your long dream into a reality.’

Emilio Scotto:  A dreamer who earned the Guinness record for the world’s longest motorcycle ride, spanning 10 years (January 17, 1985, to April 2, 1995), traveling to 279 countries. Two consecutive circumnavigations of the world.

As a child he watched adventure movies on TV and read fantastic stories of the exploits of El Zorro, the Count of Monte Cristo, the pirate Sandokan, and many other tales both fictional and factual. He tells me “I imagined living thousands of adventures traveling, discovering, and learning.”

When adults asked what he wanted to be when he grew up, his answer never varied: “a traveler.”

In 1985, at 30 years of age, Emilio Scotto unhooked himself from the only life he knew. “I sold my furniture, TV, clothes…and said goodbye to all my people and I left.”

He rode off into the unknown, with the magnificent intent of seeing every country on earth. He had no idea he would be on his 1980 Honda Gold Wing GL1100 Black Princess for over ten years. Nor that he would endure robberies, imprisonment, earthquakes and hurricanes, injuries, and major illnesses.

Alone for most of the first six years, in 1991 he married Monica Pino in India, and she joined him for much of the last years. Money was a constant problem until he was able to pick up corporate sponsors. He tells me “Guinness contacted me a year before I finished the trip. They explained that it would be the greatest journey of history. And so I met with them at the end of my trip. The gratitude I feel for Guinness is as big as my two trips around the world.”

Emilio was in China his first time in 1993, and says “my heart was there forever…it is perhaps the center of the earth [with its] people, history, temples, language, music…”

He published a book about his travels in 2007, The Longest Ride: My Ten-Year 500,000 Mile Motorcycle Journey.

I ask how he would describe himself. “Fifty percent Forrest Gump, thirty percent Indiana Jones, and twenty percent El Zorro…Ah, with a pinch of The Three Stooges!”

The first person credited with circumnavigating the world on a motorcycle was Carl Stearns Clancy (1890-1971), an American long-distance motorcycle rider. In 1912 he and a biking partner, Walter Rendell Storey, sailed from New York to Dublin. The editor of The Irish Cyclist gave them road maps for the trek through Ireland. His partner returned home to America, but Clancy continued on his 934 cc 7-horsepower (5.2 kW) 1912 Henderson Four, riding 18,000 miles in Europe, Africa, Asia and North America. He helped finance his trip by submitting details of his journey to Bicycling World and Motorcycle Review, a New York-based weekly magazine. He later became an advertising copy writer, film director and producer. Clancy produced or directed a number of Will Rogers movies and later made documentaries for the United States Forest Service.

In 1931 he was awarded a degree in architecture from Harvard and spent a further year of architectural study at the University of Vienna. An adventurer at heart, he began at age twenty three a long-distance journey to study architecture around the world. On a motorcycle. In a March 2000 New York Times interview (he was 91 at the time) he said ”In those days, motorcyclists were either policemen or bums.”

In a year and a half he had covered 25,000 miles, studying and exercising his skills as a professional photographer. In his lifetime he would invent aviation-related devices, be credited with 70 patents, write a book (One Man Caravan) telling of his motorcycling adventures, and produce with his sons a 90 minute film compiled from his home movies. He revisited his motorcycle journey in another film, “Twice Upon A Caravan.”

”People would ask me, ‘Don’t you get homesick?’ I came to the conclusion that, by Jove, this was my home, this world. The whole of it, regardless of where I was in it. I think that’s a helpful attitude.”

In 1927 war-torn Hungary, twenty five year old Zoltan Sulkowsky and his friend Gyula Bartha agreed there was no future for them at home. Their audacious plan was to travel … on a motorcycle. Sulkowsky had no experience, but they found a 1922/23 Harley Davidson J Model motorcycle and sidecar in Paris, and in August 1928 began their travels. They financed the expedition by selling photographs as they went, and by giving talks along the way.

In 1928 the two left Hungary believing they would be the first on a motorcycle to circumnavigate the globe. They were actually traveling at about the same time as Robert Fulton, but their adventures were far different, and provide views from their own backgrounds and interests. Their book, Around the World on a Motorcycle,” describes cultures and lifestyles between the World Wars, between 1928 and 1936, from Hungary to the United States. Their travels of 90,000 miles are recounted in a book originally published in Hungarian in 1937, and reissued in an English translation in 2008.

The circumnavigation of Sulkowsky and Bartha beginning in 1928 was the earlier than Fulton’s, but he was the first to complete the trip – in 1934. Benka Pulko is a Slovenian world traveler, Guinness World Record holder, motivational speaker, author and photographer.  On June 19, 1997, she left Ptuj, Slovenia on a BMW F650 motorcycle. She returned to Ptuj on December 10, 2002, boasting a Guinness World Record for the longest solo motorcycle ride by a woman. She reportedly traveled 111,856 miles over 2,000 days. She was also the first female motorcyclist to reach Antarctica.

She maintains she had never traveled on a motorcycle when one day she simply decided to ride a motorcycle around the world.  Many of her escapades, as well as her claimed education, are controversial. It has been established that her trip was not continuous, but rather included summer vacations and sometimes having her bike trucked or shipped over inconvenient terrain. Her rides were seldom solo; she was often accompanied by a professional guide or other companions.

Dave Barr (born in Los Angeles 1952) holds two Guinness World Records, has two prosthetic legs, and has ridden a Harley-Davidson motorcycle across every continent on Earth except Antarctica.

A decorated veteran of the Vietnam War, he went on to serve in the armed forces of several other countries. In 1981 a landmine explosion in Angola took both his legs. Still – after nine months of surgeries and rehab, he volunteered to return to combat.

Barr left service in 1982 and proceeded to customize his Super Glide motorcycle to accommodate his prosthetics. By 1983 he was in South Africa starting his ride around the world. His first world record took him 83,000 miles over three and a half years. That trip was made entirely on his own, with no support team. The award did not recognize his disability in any way, but focused on the fact that he crossed Europe and Asia in the winter. He was quoted as saying “Well, I don’t get cold get feet, and I camped out in a tent.” He believes it may have been harder for someone without his disability.

The second record was for a 45 day trip in 1996 riding the so-called Southern Cross. In just 45 days during 1996, he completed the first motorcycle journey ever between the four extreme points of the Australian continent.

As a high school exchange student in Los Angeles California, he became acquainted with students from all over the world and began his dreams of travel.

From 1981 to 1983 he adventured through Africa, experiencing the vast Sahara desert, a climb to the top of Kilimanjaro, and imprisonment as a suspected saboteur. It only served to whet his appetite for a larger goal; this time he planned to go around the world.

His biggest challenge was the infamous Darien Gap, where he became the first motorcyclist to ride overland from South America to North America through jungles and swamps. The broken bones and infected injuries healed and he continued through the United States.

The motorcycle he rode on was placed on display at the BMW Museum in Munich. He started a motorcycle touring company in his home city of Seattle in 1998,[7] and has published a series of instructional and adventure documentary DVDs.

Nick Sanders (born 1955) was awarded the Guinness World record 2001 as the fastest motorcyclist to bike around the world. On June 9, 1997, he completed a 19,000 mile circumnavigation in record riding time: 31 days and 20 hours. This British bicyclist, motorcyclist and author has made films and written books about his journeys. He holds multiple records for seven circumnavigations.

His says his favorite motorcycle is his Yamaha sport bike, the R1, the worst was a Royal Enfield Bullet 500 that “broke down every three days and made me cry with frustration.”

Long distance motorcyclists, with their super-human powers of endurance and determination, are not like the rest of us. But their stories encourage us to look beyond the mundane, to be awake to our own dreams.

Emilio Scotto: The world is a gigantic university with millions of subjects to study.

Benka Pulko: I believe that through hard work all dreams can be achieved…anybody with a steel determination can reach a chosen goal. 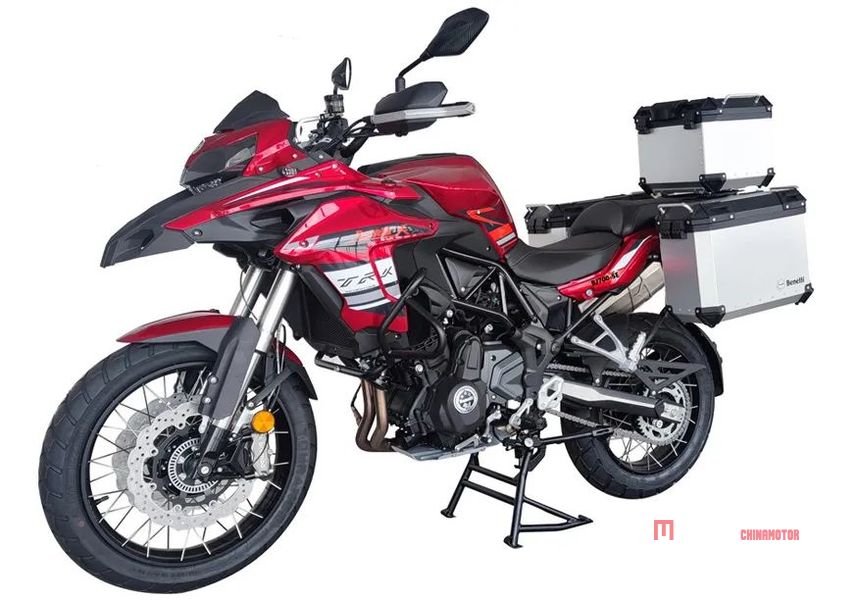 A Number of Authoritative Industry Data Has Been...
0
4906