Evolution from Streamlined to Sharp Look

Foreword: After COVID-19 impact over three years, EICMA 2022 has attracted the special attention. There are 1300 brands from 45 countries attending this exhibition. In addition to the well-known international motorcycle brands from Europe, North America, and Japan, there are many Chinese emerging brands attending the exhibition, including CFMOTO, KOVE MOTO, TAILG, Davinci Tech, TROMOX, and the frequent attender, YADEA. A sharp look is the trend

After the popularity of streamlined body for ten years, it’s amazing that the models with sharp lines returned to this stage this year. Under the background of widely popular retro motorcycles, it is a surprise that these brands highlighted personalized needs, which will lead the new trend. (4 avant-garde and sharp models)

Retro is still the mainstream style

There is no doubt that retro motorcycles are still the mainstream. The rebirth of some models represent the retrospect for history and the nostalgia for the good times. (5 classic retro motorcycles)

Chairman of Ducati Motor Holding S.p.A, Federico Minoli: Ducati is a unique motorcycle brand. Ducati makes high-performance toy with enthusiasm and dedication. Ducati does not build motorcycles for the market, but for passion. Every Ducati motorcycle has its history, style, performance and technology, which is incomparable for other brands.

Ducati has built an enduring motorcycle heritage through over 50 years of excellent engineering, race testing and Italian-style design. Ducati motorcycles are what avid riders are always dreaming for.

The 2022 Superleggera V4 is the only superbike in the world with full load-bearing capacity. The model are made of carbon fiber, titanium alloy and other composite materials, including its frame, subframe, swingarm and wheels. Therefore, it has unparalleled stability and braking performance. It can run greater inclination at bends.

Among Chinese moto manufacturers, CFMOTO is an outstanding global brand in the Europe and US, South America, Australia and Africa markets. The brand connotation of advocating freedom, showing individuality and pursuing happiness has been unanimously recognized by users around the world, which has also created a broad space for the long-term development of CFMOTO.

On December 8, 2020, CFMOTO released its new energy sub-brand ZEEHO in Beijing, a global trendy technology brand that is not limited to travel, creating a high-end trendy travel experience though the Tech Driven design language.

Triumph motorcycle, as one of the three oldest motorcycle brands in the UK, has been revived in the new era due to the global popularity of retro motorcycles. It launches new products at a higher speed, becoming more and more popular among motorcycle fans. The Italian Piaggio & C. SpA is the largest motorcycle manufacturer in Europe and the world’s first scooter VESPA manufacturer. PIAGGIO has dozens of factories and employs more than 60,000 people around the world.

In addition to the PIAGGIO, the Piaggio & C. SpA owns Vespa, Gilera, Derbi, Moto Guzzi, and Aprilia. Its production and sales of two-wheeled vehicles rank No.1 in Europe. 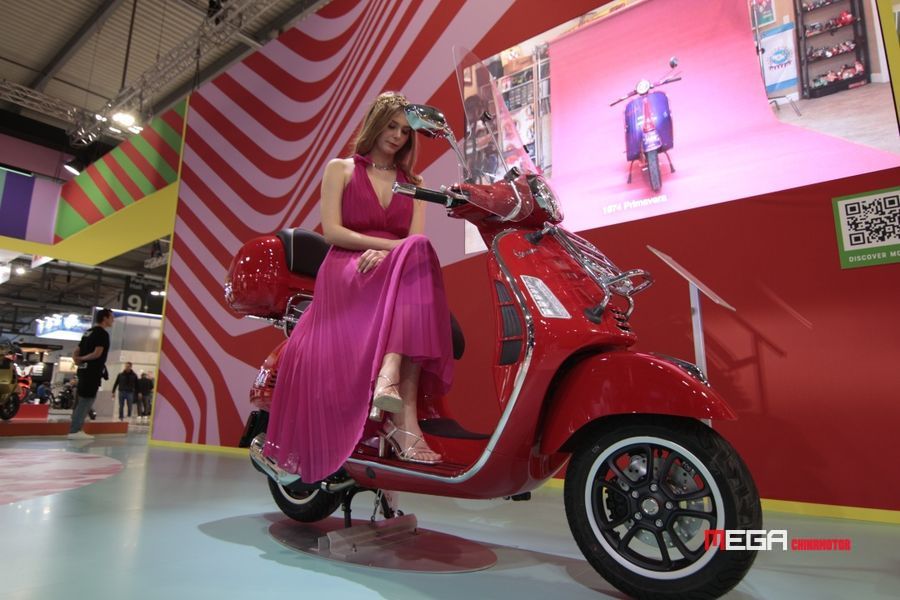 Benelli is one of the oldest motorcycle manufacturers in Italy and in the world. Founded in 1911, it kept production even during the war and the Great Depression, Benelli is considered as one of the youngest motorcycle manufacturers in the world. The key words closely linked to the Benelli style include classic, innovation, courage and individuality.

KEEWAY is a brand registered by QJMOTOR in Europe. KEEWAY, which was born and grown under the background of globalization, is like a torch lit in Europe and brightening the world. Honda Motorcycle is the largest motorcycle manufacturer in the world. Honda Motor Co., Ltd. established in 1948 has more than 130 production bases in 29 countries and regions around the world. Its products include motorcycles, automobiles and Life Creation, among others. Apart from the production and scale of motorcycles, the production and scale of the automobiles also ranked first among the top ten manufacturers in the world. Honda’s “three joys” management policy constitute its basic philosophy. With dream as the driving force, it shares joy and emotion with users around the world.

As one of the four major motorcycle manufactures in Japan, Yamaha not only has extremely meticulous motorcycle-making craftsmanship, but also has created many classic models with its unique creative design concept. A radical representative of the Japanese motorcycle technology, Kawasaki is committed to using its rich technical experience accumulated over the past 100 years to build various transportation vehicles for the 21st century.

Suzuki is seeking changes amid its expansion. However, Suzuki starts with, adheres to and excels in small models. In the 1990s, there were joint ventures and cooperative factories established in China, including Qingqi Suzuki, Jincheng Suzuki, Haojue Suzuki, Wangjiang Suzuki, Changchun Suzuki,etc., but now only Qingqi Suzuki and Haojue Suzuki remain with products sold by the  Suzuki logo. KOVE MOTO is a domestic motorcycle brand founded by the rider Zhang Xue, who is the KOVE MOTO chief designer. It has only been 4 years since KOVE MOTO emerged, and it has become a well-deserved “Internet celebrity” motorcycle brand. On the evening of September 13th, Zhang Xue held a press conference in the Tengger Desert. He made three decisions at the scene. First, In 2023, the KOVE racing team will participate in the Dakar Rally, and it will take 3 years to enter the top 10, then till the champion. Second, MX250 will be the leader among the same-class motorcycles. The 3.800X will become the world’s most rough ADV to compete with the Yamaha Terene700 and KTM790.

In the development history of more than 100 years, Peugeot motorcycles are famous all over the world for their exquisite craftsmanship and noble quality. It has won various awards from European authoritative organizations such as the Motorcycle Design Association. French Peugeot impresses impeccably with passion, romance, quality and innovation.

BIMOTA is famous for producing high-end sports motorcycle frames to suit various high-performance engines, which are also very distinctive in appearance. After Kawasaki holds a 49.9% share in the Bimota brand, the reborn model of BIMOTA is more individualized. 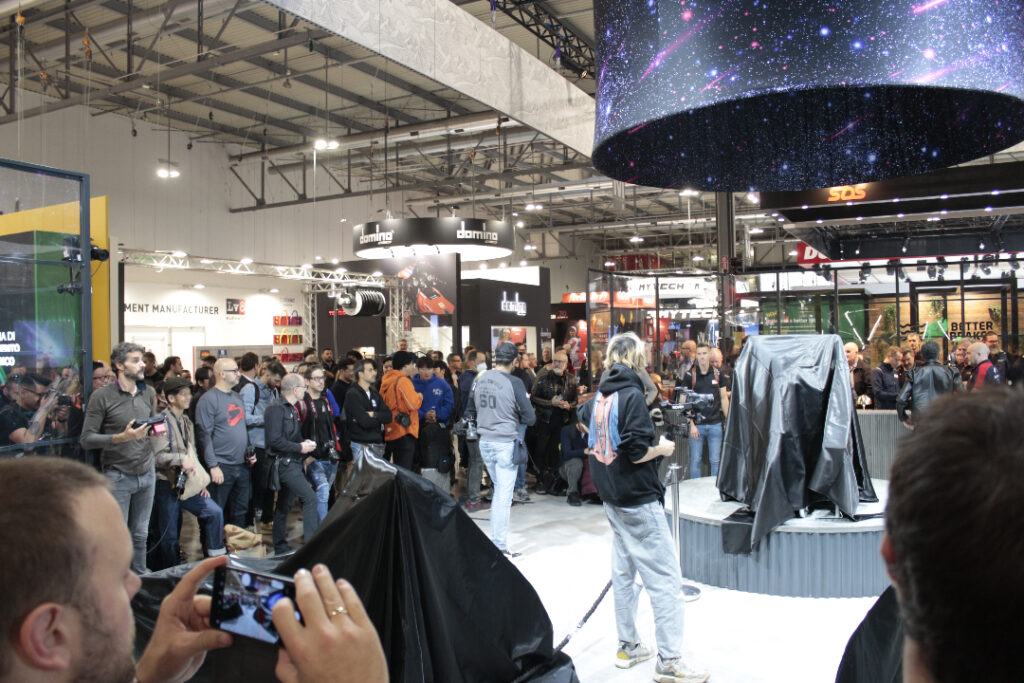 Royal Enfield is one of the three major motorcycle brands in the UK. As a representative of British retro motorcycle, Royal Enfield has a history of more than 100 years. Royal Enfield was revived many years ago by the Indian automotive group Eicher Group.

KYMCO is one of the leading brands in Taiwan market, producing scooters, street bikes, and all-terrain vehicles (ATVs).  KYMCO’s most popular products are scooters so far.

VENT, a professional off-road brand from Italy, has won 12 world championship titles. In fact, VENT has decided to focus on young people who are interested in this sport. VENT has passed down the experience of the previous champions to the young generation engaged in motorsports. VENT ACADEMY ENDURO and VENT ACADEMY SUPERMOTARD emerged.

Zero, an American brand, combines the advantages of traditional motorcycles with today’s most advanced technology to produce high-performance electric motorcycles. It has made the rapid progress in motorcycle electrification. In addition, it has multiple electric motorcycles participating in the Pikes Peak International Hill Climb (PPIHC), with good results. Zero has become one of the most popular brands in the European and American markets.

In 2021, YADEA took the lead in breaking the global sales volume of 13.86 million units, ranking first in global sales for five years. It has exported to more than 100 countries and regions, with more than 60 million users worldwide, promoting the global electric two-wheeled travel in all aspects. YADEA has achieved the total export volume of last year as of the end of June this year, and it is expected to double the export by the end of this year. 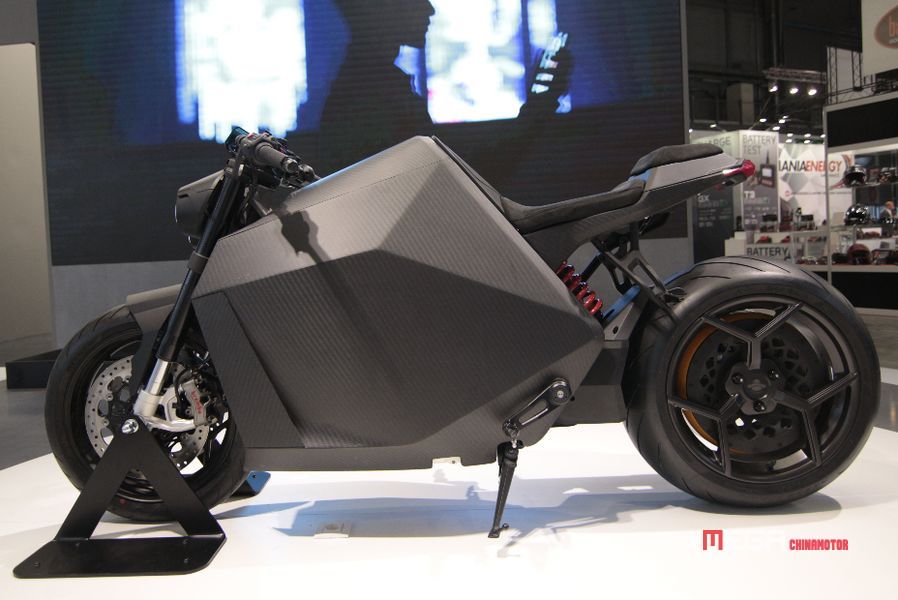 The first-phase assembly line of DAVINCI DC100 is expected to have a maximum production capacity of 52,000 units per shift. DAVINCI not only aspires to lead in the new energy motorcycle field, but also hopes to become a global innovative enterprise to create hundreds of billions of output value. TROMOX is committed to providing novel and interesting new energy two-wheeled travel experience for two-wheeler riders around the world. The core team consists of Chinese and foreign professionals in automotive electronics R&D, Internet, digital marketing, international trade and other fields.

CAKE, a Swedish brand, keeps pace with the date and becomes a global leader in the transition to the Zero Emissions society. Over the years, it has been producing lightweight and sustainable electric motorcycles without causing air and noise pollution while riding, which reflects its commitment to protecting the environment. 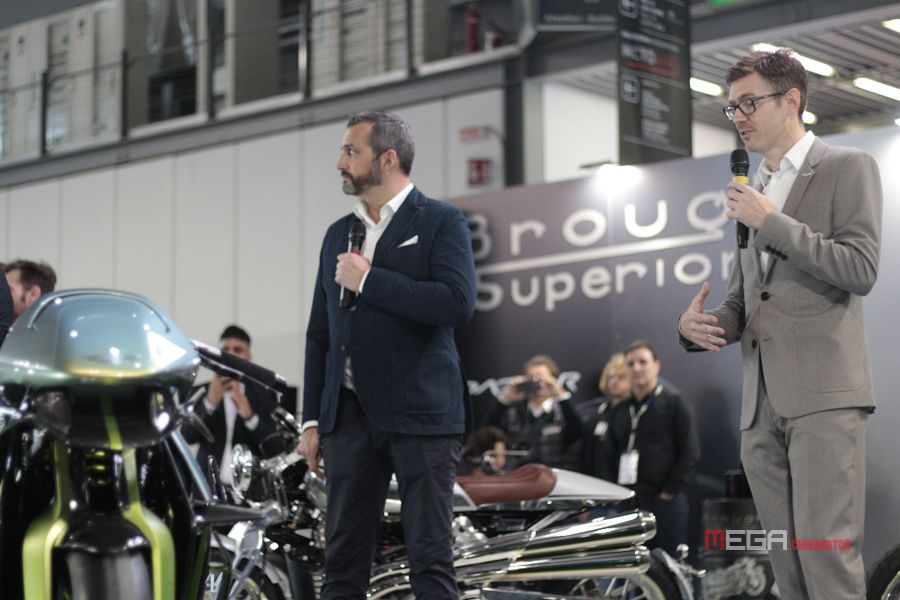 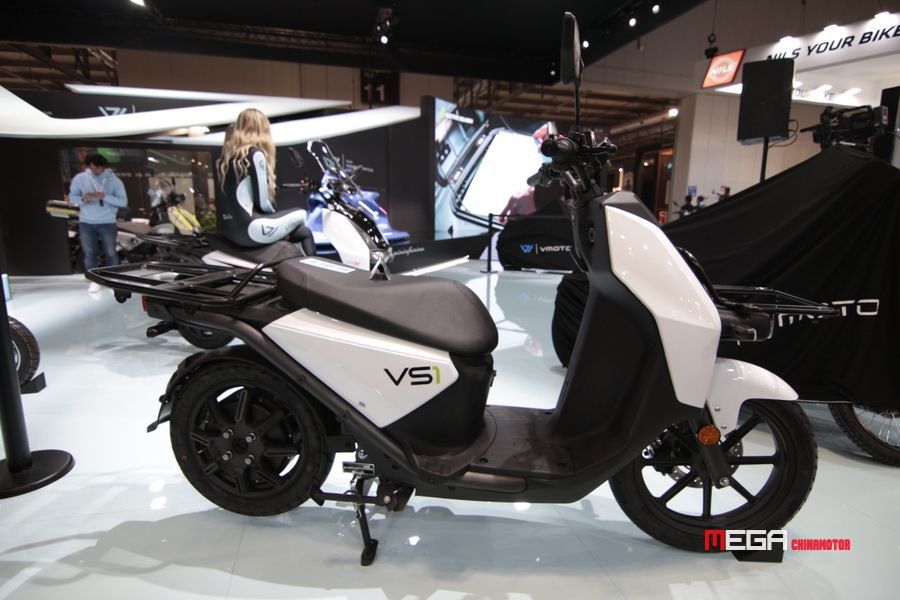 MEGA CHINAMOTOR has visited some buyers at EICMA 2022