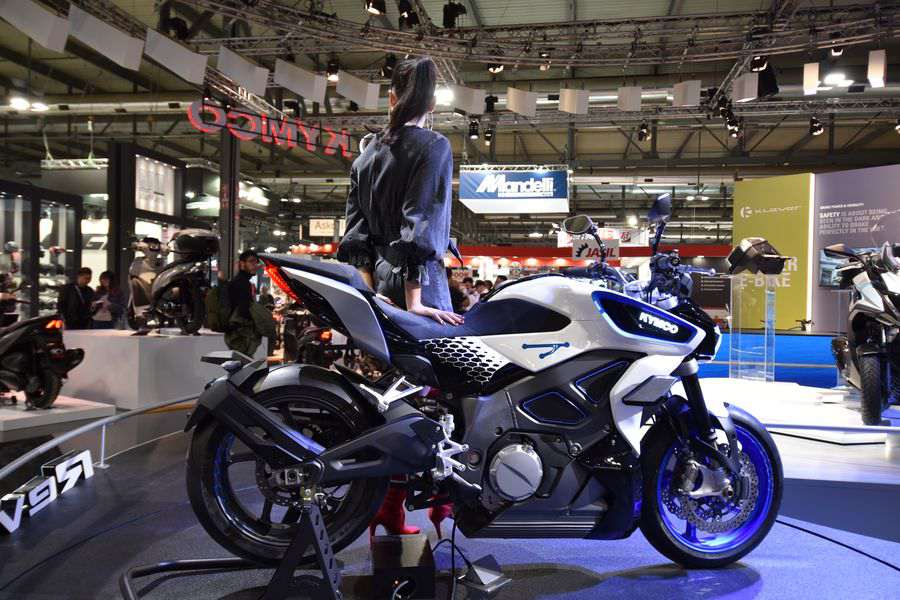 Kymco unveiled the all-electric high performance street bike the RevoNEX at EICMA last year, which was another concept model following the electric sport model the SuperNEX announced at the EICMA 2018. It will once again push the limits of electric motorcycle by achieving simple, comprehensive performance. It is said to be put on the market in 2021. 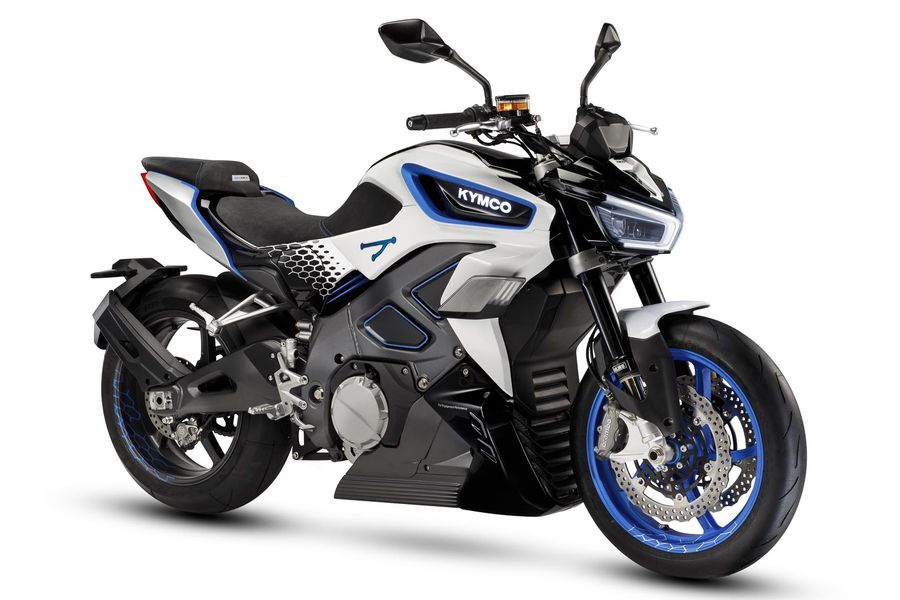 Based on the concept “transmission is the art of motorcycle”, RevoNEX is equipped with an advanced 6-speed transmission. The gears shift perfectly to maximize the motor potential at high speeds. On the other hand, in urban areas with frequent stops, the rider only needs to engage in one gear position to move on, no worrying about stalling of engine due to frequent clutch operation. 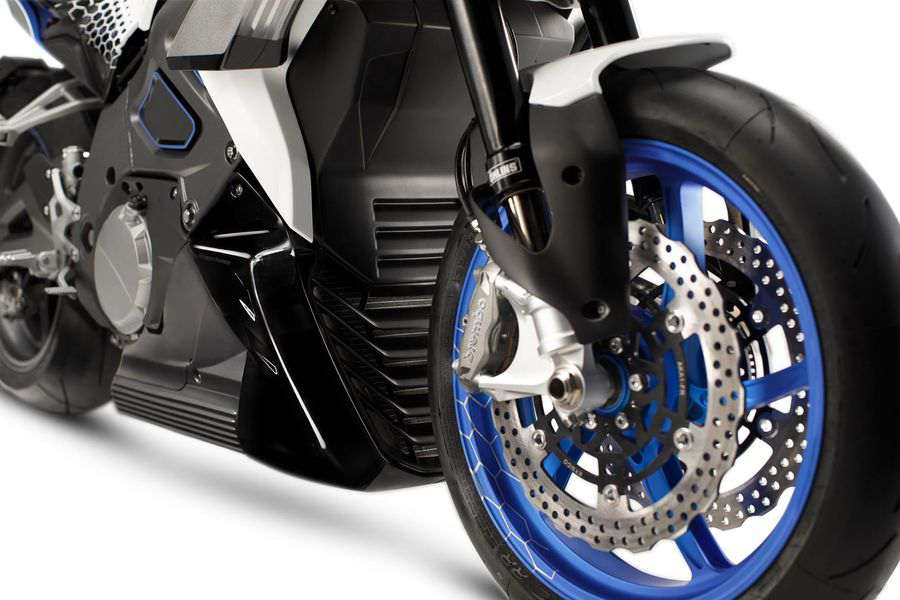 To achieve the goal of exploring the limits, Kymco developed a performance management system—KYMCO FEP. The system takes full advantage of the motorcycle’s potential, using a variety of safe controlling methods to prevent the motorcycle from skidding while crossing sidewalks and puddles, and avoid rear wheel lift during sudden braking. 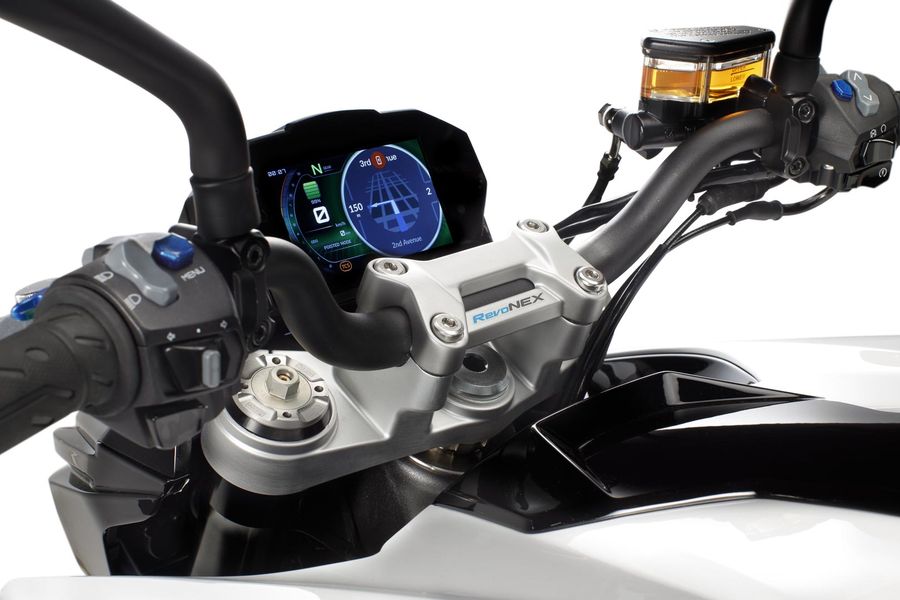 Based on the experience that sound is the voice of a machine, RevoNEX is equipped with KYMCO AAM (active acoustic motor). The original deep notes of RevoNEX are produced by combining the resonant sound of the multi-frequency sound generator, which enhances the motor’s characteristic sound and the mechanical sound of the transmission. For example, by converting the motor’s loading state to machine sound and then transmitting it to the rider, the sound feels increasingly louder as the motor speed increases. The attractive voice will be an important medium connecting people and the machine.

KYMCO AMP can complement the state of the motorcycle properly depending on the condition, purpose and mood of the rider. There are 4 different modes:
・Poised: to run quietly around the neighborhood
・Assertive: to be powerful
・Bold：to provide the strongest power
・Extreme: to extremely control

RevoNEX, the next generation high performance street bike, is the closest thing to the ideal electric motorcycle. RevoNEX will break the traditional street bike model and take Kymco’s “Win My Heart” to a whole new level. (Source: WeChat: maimotuo)