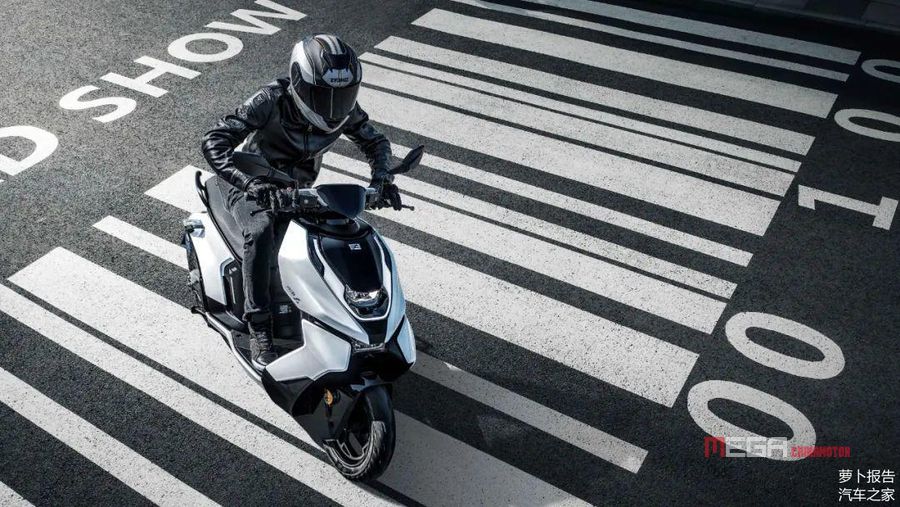 Under the global trend of green mobility, new energy policies bring huge market and opportunities for electric products. In the motorcycle industry, many traditional motorcycle enterprises have begun to tap the electric motorcycle field, starting the new electric and intelligent product development journey. What are the big moves of motorcycle manufacturers in 2022? To tap the high-end electric motorcycle market segment, CFMMOTO launched its EV brand that targets high-end intelligent electric motorcycles, aiming to make the electric models comparable to fuel models in performance and power through its independently developed “motor, control and battery” system. On Jan. 23, the CFMOTO ZEEHO AE8 was launched, which is now available in offline stores in Hangzhou, Jinan and other places. The quick rollout of ZEEHO AE8 shows CTMOTO’s determination in further exploring electric motorcycles.

ZEEHO AE8 is a highly recognizable sports model that meet the taste of young people. In terms of power, it is equipped with a mid-mounted water-cooled motor, which is close to the performance of a 300cc fuel motorcycle, with 12.5kW peak power and 218N·m wheel torque. It has a claimed 0-50km/h acceleration time of about 2.6s.

For configuration, there are Brembo brake, Bosch ABS (AE8S+), Maxxis semi-hot melt tire and belt drive. The use of Brembo brake is very rare on such a product. It comes with two 69V32Ah high-performance soft pack batteries with a total capacity of 64Ah, which can reach the new national standard range of 120km, or even a maximum endurance of 190km in some specific environment. AE8 has three riding modes: SPORT, ECO and STREET. If you want to save power, go ECO. If you want to play, go SPORT, and STREET is somewhere in between.

AE8 also has high-end version AE8 S+. AE8 S+ has Bosch ABS, bionic leather cushion, adjustable rear shock damping, and TFT instrument. AE8 has starship silver and eclipse silver color options while AE8 S+ comes in white and black. Currently, the domestic prices of the two models are 17,999 yuan and 21,699 yuan for the first batch of users, and the price of AE8 will be later adjusted to 18,999 yuan.

AE8 has strong advantages in both daily commuting and playability, and its price is an obvious advantage compared with a 300cc fuel scooter. At present, AE8 has strong competition capabilities among the sports and recreational electric motorcycles of the same level in China. AE8 is a first-line standard in terms of cruising range, charging, performance, and technology. The most important thing is that the price advantage among the peers. 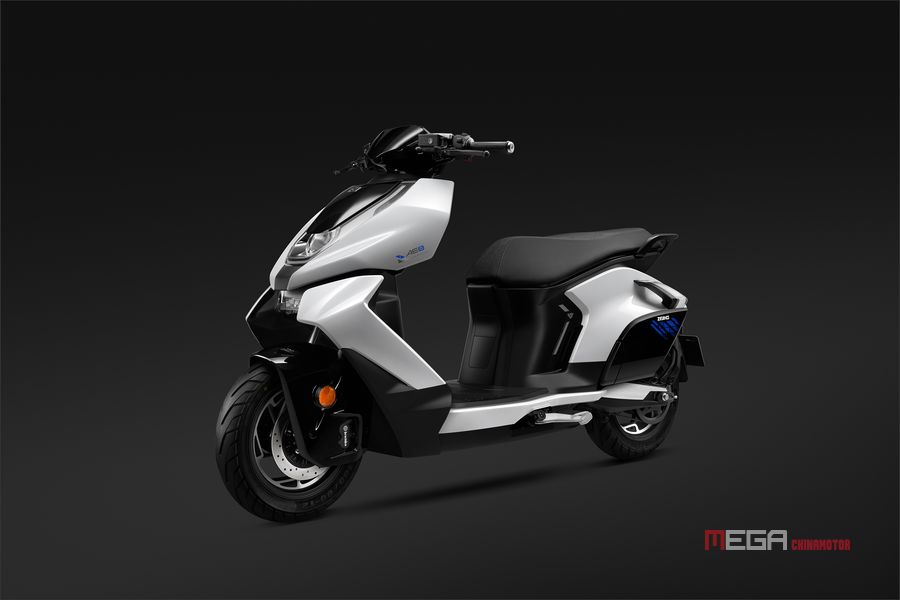 In addition to AE8, in the latest batch of MIIT catalogs, we saw an electric standard bike. The product in the catalog is named CF5000D. From the appearance, this electric standard bike integrates the characteristics of the ST PAPIO, with a seat height of 1045mm and a mid-mounted water-cooled motor. The maximum power of the motor is 5KW and the maximum speed is over 100km/h. Like AE8, the front wheel adopts single-disc Brembo calipers as a standard configuration. On March 14, Qianjiang officially released a new electric brand LOGO to announce its foray into the EV field. In fact, a few years ago, Qianjiang Motorcycle made layout in the field of electric two-wheelers, participating in/holding (as shareholder) two innovative high-end electric bike companies. With years of R&D and manufacturing experience of large displacement motorcycles, Qianjiang’s foray into the electric field is undoubtedly a big thing for the entire EV industry.

The MOv’s maximum power is 6.6kW, and the maximum wheel torque can reach 250N.m. It can reach a maximum speed of 75km/h and accelerate from 0 to 40km/h in 2.8 seconds. When fully charged, the maximum range of the vehicle can reach 120km. As a mountain use model, the MOv has a maximum climbing angle of 45 degrees, a maximum ground clearance of 270mm, and a weight of 65kg.

In the past two years, many new and old EV brands at home and abroad launched mountain/off-road electric motorcycles products, which indicates that such personalized, lightweight models are popular. While other details haven’t been disclosed, the MOv appears to be on a par with the SURRON’s Light Bee X in terms of performance, though it’s unclear if it will ever be sold in China.

According to official information, the MOr is equipped with a 3000W mid-mounted motor and has a maximum speed of 80km/h. It carries two 43.2V52AH lithium battery packs with a maximum range of 80km. In addition, it has three driving modes, and front and rear CBS. Other functions include keyless start, and mobile phone connection.

This is a rare customizable electric bike in China. The manufacturer provides the MOi custom accessories for consumers to create a desired product.

The MOi is equipped with a 48V20AH lithium battery, which can be fully charged in three hours and delivers a maximum cruising range of 70km. In addition, MOi also supports battery swapping, which is available at all HELLO battery swapping sites of in China.

Qianjian has not disclosed details of the electric cruising scooter PV0. But pictures suggest that the PV01 will likely be equipped with a mid-mounted motor, front and rear disc brakes and dual rear shock absorption. It should be a scooter with well-balanced performance and comfort.

Qianjiang has built a new electric product manufacturing base with independent production, sales, and operation. There are core technology research and development centers in Shanghai and Hangzhou, with huge investment in product research and development. Qianjiang hopes to truly lead the high-quality development of electric mobility through technological innovation, bringing consumers higher product experience and function satisfaction.

It is reported that Qianjiang has planned to independently  develop 11 electric bikes, 6 electric motorcycles, and 4 high-speed new energy motorcycles in 2020. We look forward to the early launch of these new products. 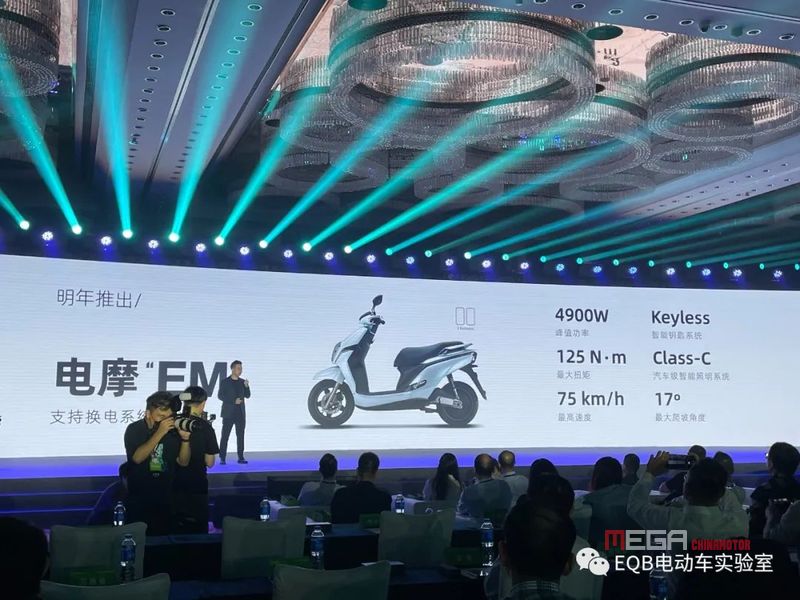 As a leaders of motorcycle enterprises, Haojue revealed its EV plan last year. Haojue’s EV project director said it would vigorously explore the EV industry in 2022, based on the battery-swapping ecological foundation. It will release two electric mopeds and one electric motorcycle in 2022, and plans to add another two electric motorcycles in 2023 with one one them reaching a top speed of 90 km/h. 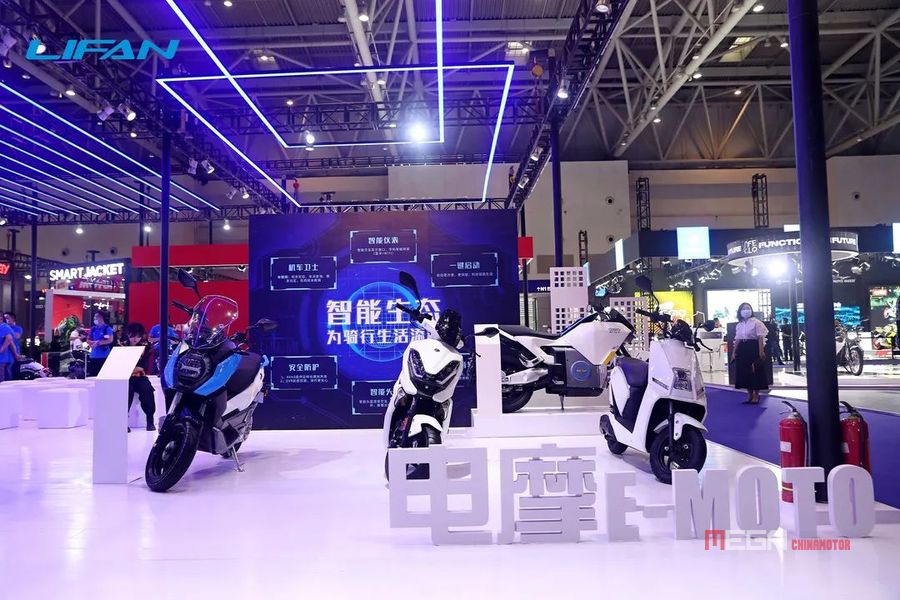 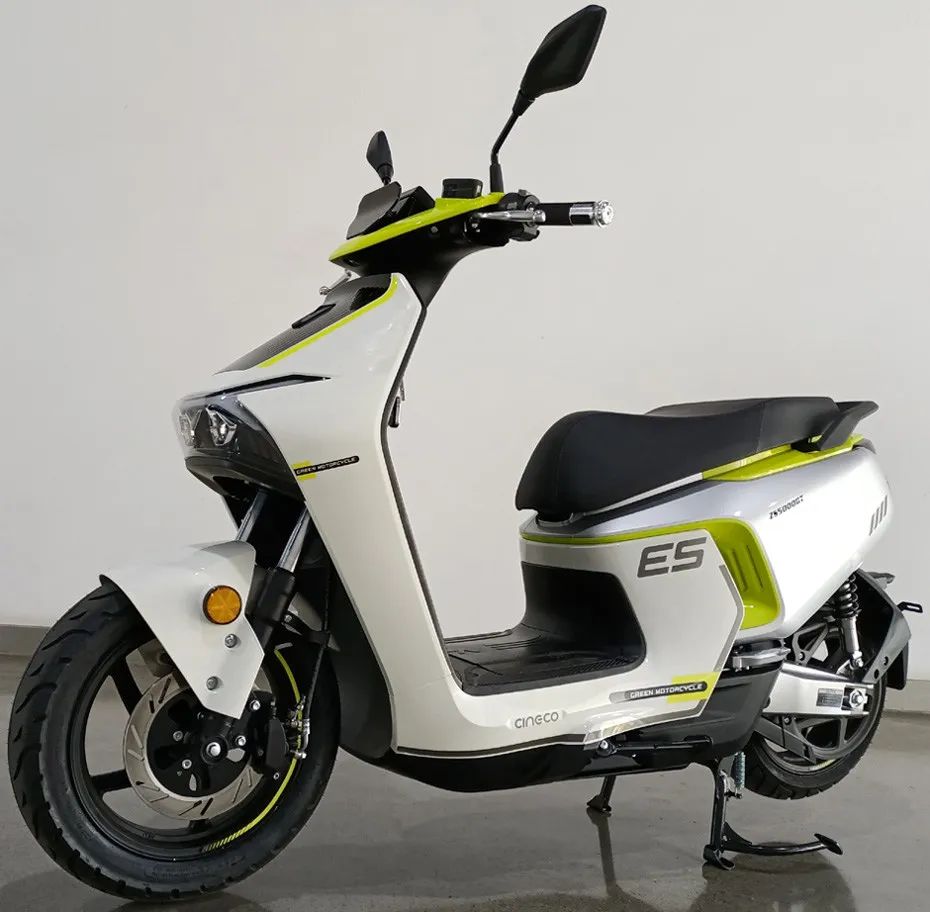 Zongshen   CINECO ES5 may be available

CINECO is Zongshen’s high-end electric motorcycle brand. The previously launched Z1 (Zongshen’s 150R electric version) and B1 (YAMI electric version) are Zongshen’s continuous attempts in the field of electric vehicles. In February this year, Zongshen held a new product trial event that unveiled the electric motorcycle ES5, further reflecting CINECO’s innovation and progress in the electric field. First of all, to solve the most notorious battery life problem, ES5 launched the modular battery compartment design, which allows users to choose the number of batteries according to their actual needs (up to three batteries can be selected), and the maximum cruising range can reach 180km.

ES5 uses a more expensive mid-mounted motor with a rated power of 5kW, which delivers a top speed of 100km/h (0-50m acceleration time 2.9 s). In terms of configuration, it has belt transmission, aluminum rear flat fork, keyless start, etc. Besides, the automatic headlight, fall-over protection, OTA automatic upgrade, and TCS add to the advantages of the electric motorcycle.

We cannot predict the future of fuel motorcycles, but we are seeing the beginning of an era for electric motorcycles. Therefore, forward-looking large motorcycle enterprises are making foray into this new market.